The Rise Of Independent Publishing Houses In India

The past few years have seen notable changes within the Indian publishing industry. This has largely been due to the rise and subsequent contribution of independent publishing houses in India who have effectively worked to breathe new life into the Indian literary world, thus opening our eyes to newer branches of literature. With their niche themes and unbridled passion for literature, these publishing houses have changed the literary landscape of the country.

But, in an industry where capital, visibility and marketing are important factors in ensuring the sustained relevance of these independent publishers, there’s bound to be a certain amount of ups and downs. Suffice to say, these publishers have managed to continue sailing through choppy waters due to their resilience and love for literature.

With March marking Small Press Month, we decided it was time to celebrate these independent publishing houses in India and the extraordinary work they do. 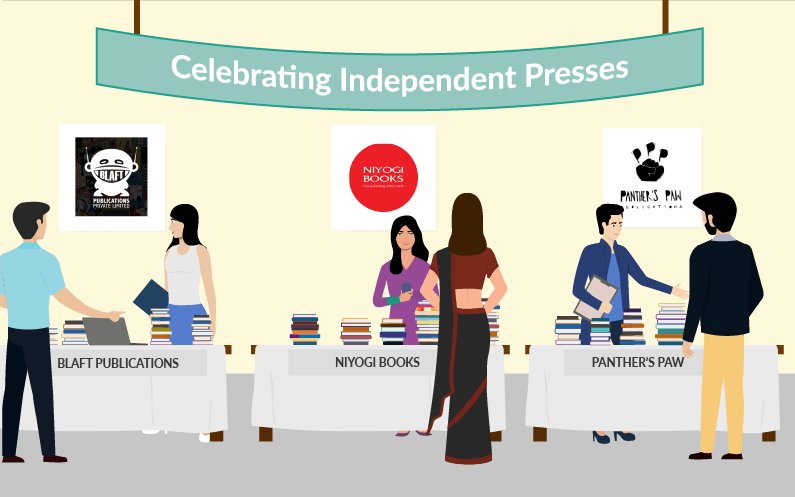 The Advent Of Independent Houses In India

Rashmi Devadasan started Blaft Publications in 2007, when she and her partner noticed that even though Tamil pulp fiction and other fiction was steadily available, it was limited to the Tamil-speaking population. They wanted to ‘translate the ubiquitous Tamil pocket novels seen in large print runs and innumerable titles in news-stands and railway station book kiosks’, and that’s how Blaft was born.

This proved to be quite fortuitous since Blaft was able to pick up on the new demand for more regional literature in India. Their vision of making translated literature more mainstream allowed Tamil literature to enter the lives and libraries of people from all around India, who gave a warm welcome to the quirky The Blaft Anthology Of Tamil Pulp Fiction, and continue to do so.

Blaft wasn’t the only one who tapped into the goldmine of translated literature. Niyogi Books began publishing with large-format illustrated books, venturing into translations (fiction, non-fiction as well as illustrated titles) in due course of time. Trisha Niyogi, who works at Niyogi Books, says that a lot of people want to read books from their mother tongues, but due to movement and migration many might be unable to do so. These translations help them to stay connected with the literary culture in their mother tongue. Not only that, translations serve the purpose of cultural diffusion, which is more important today than ever.

The last decade has also seen an incredible rise in literature about and from marginalised communities. Some of the most raw and hard-hitting pieces of literature available today are from marginalised communities like the Dalits and the Adivasis. Today, there are a number of independent publishers reaching out to ensure the voices and stories from these indigenous communities are heard. And the result has been staggering, to say the least.

Take Yogesh Maitreya, for example. He founded Panther’s Paw Publication in 2016 in order to publish literature from the Dalit community because he strongly believes that their voices have remained unheard for a long time. His passion is evident in the way in which he talks about Panther’s Paw, his brainchild, in the time he took to learn the art of publishing, from translating stories to finalising book covers. As to what inspired him, he says, ‘English had been the language of the West and the upper-class for so long that we had forgotten that Dalits were an important part of India too. In whatever books I read, Dalits were the victims, the tertiary characters in the stories. I wanted to use the power of English to let our stories be known worldwide, and to have a say in how our stories were told. I wanted books where we were the protagonists of our stories, and not stand on the by-lines while our history remained in the shadows.’

Along with Panthers Paw, adivaani, helmed by Ruby Hembrom, has been making a name for itself by publishing books from Adivasi authors. Adivasi literature wasn’t always written, but often involved oral performances and storytelling. Given the lack of available documentation, Hembrom decided to ‘record, document, express and challenge what has incorrectly gone down as history, set records straight and even defend themselves’ with the help of literature. adivaani represents Adivasi culture from the North- East and the Santhal communities, giving a voice to an underrepresented community.

The popularity of independent publishers have also led to a growth in the need and demand for feminist literature. After the split of Kali For Women, India’s first feminist press, the founders Urvashi Butalia and Ritu Menon went on to create Zubaan and Women Unlimited respectively. Despite running separate publishing houses, both have kept their focus on strong female narratives, especially those that focus on bringing about social change. While Women Unlimited has been a part of many women’s movements in India and South Asia, Zubaan has collaborated with Google to create narratives of the lesser-known extraordinary women of India. As a result, they have managed to provide a voice to extraordinary women from around the country. Their interest in promoting literature authored by women from the North-East is especially commendable, as they haven’t only taken stories of violence, conflict and outrage that has engulfed the region, but have also published stories of beauty, hope and resilience in ‘the hope of a peaceful tomorrow’. 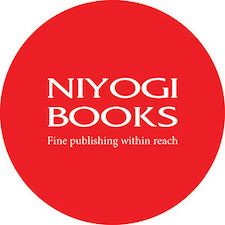 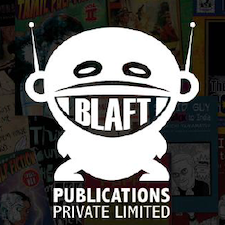 Today, independent publishers in India are publishing some of the most diverse voices in literature. Yet, they aren’t on the same level as large corporate publishing houses like Penguin and HarperCollins. This is primarily because the latter has more capital to work with, thereby allowing them to employ an extensive workforce as well as access to better funding and larger budgets.

According to Devadasan, it is harder to figure out a marketing plan that works for them because Blaft is such an eclectic publishing house. adivaani, on the other hand, started off by taking loans from friends and relatives. Hembrom has been advised to crowd fund for capital but has failed at it twice. GST has also been a major problem for publishers, since it has eaten into a huge chunk of their profits. They all agree that even though the availability of capital is the toughest problem plaguing the independent publishing industry, it still doesn’t deter them from their ideals, i.e., publishing for a cause.

Social media and online marketing strategies have proved to be a boon for publishers everywhere. Urvashi Butalia of Zubaan says, “browsing through online spaces also means one can find a lot more books by independent publishers that a physical store couldn’t house. Additionally, if a reader was aware of a book’s existence, they can now easily acquire it from any corner of the country.” Though this has allowed independent publishers to talk about their new releases, get reviews and create a stir, it hasn’t always translated into sales. Hembrom says, ‘The people I know on social media are young adivasis, they are first-generation educated, and poor. What can they give me? I need someone who has a different social circle to actually front this.’

Distribution is another obstacle that independent publishers in India are yet to overcome. The scope of distribution lessens as large bookstores, fairs and literary festivals remain out of reach. Maitreya usually goes around selling his books, and he says that people have been very forthcoming about wanting to support the Dalit movement in any way they can.

Despite all this, independent publishers still have a long way to go in terms of increasing their visibility, distribution and sales. And, even though a lot of them haven’t managed to crack the algorithm of financial profits yet, most of them seem more keen on maintaining the quality of their published literature and the cause they stand for, rather than succumbing to the idea of publishing whatever gets more sales. 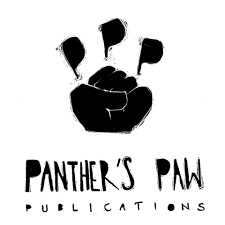 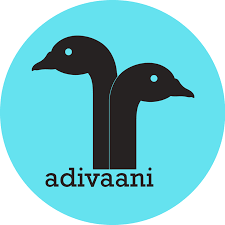 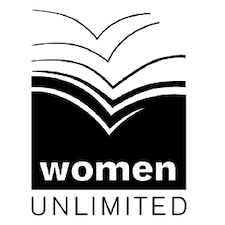 The Future Is Hopeful

It is this uniqueness and the ability to resist the mainstream that sets these independent publishing houses in India apart, and that is what they will be banking on to float them towards the future.

At the same time, the growing awareness between people concerning social issues and changing society provides these independent publishing houses with greater hope for a bright future. Today, people are more open and empathetic towards voices from all strata of society and want to encourage more authors to bring their stories forward. This awareness is slowly, but steadily, leading people towards books published by independent publishing houses, which provide a space for these voices.

Today, the Indian literary landscape has changed drastically. There is an evolving space available for voices that are different from the mainstream. We’ve seen feminist and Dalit literature breaking new grounds, with more people clamouring to read such literature. Translations have allowed us to experience the richness of regional literature. Undoubtedly, the credit for all this goes to independent publishing houses.

As India constantly moves towards being more open and inclusive, independent publishing houses in India are hopeful that the modern Indian will be more open to reading about feminism, stories about indigenous communities and translations from all over the country.