The Rising Popularity Of Books By Indian Celebrities 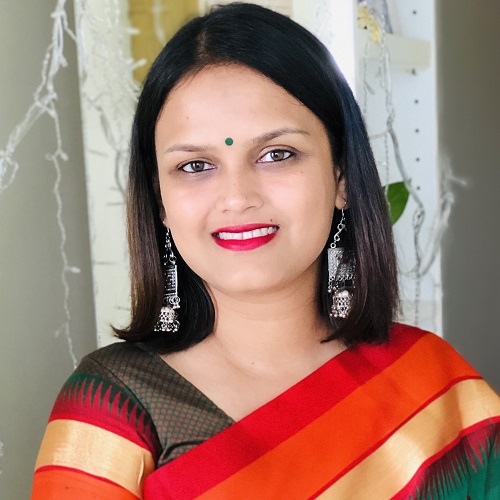 In the last decade, the literary landscape of India has changed a lot. From the rise of contemporary literature and evolving reading habits to the emergence of digital platforms and the popularity of audiobooks – many new trends have shaped the Indian literary scene over the past decade.

One prominent shift was the rise of books written by Bollywood celebrities within Indian literature. Bookstores and street vendors alike were flooded with celeb-authored books like Emraan Hashmi’s The Kiss Of Life, Sonali Bendre’s The Modern Gurukul: My Experiments With Parenting, Divya Dutta’s Me And Ma, Karisma Kapoor’s My Yummy Mummy Guide, Twinkle Khanna’s bestsellers Pyjamas Are Forgiving and The Legend Of Lakshmi Prasad, Soha Ali Khan’s The Perils Of Being Moderately Famous, to name a few.

Some celeb-authored books like Lisa Ray’s Close To The Bone – an honest, poignant and inspiring memoir, where she talks about body positivity, living through cancer, identity crisis for mixed-race people and more, started meaningful conversations, while others like Naseeruddin Shah’s candid autobiography And Then One Day: A Memoir and Shilpa Shetty’s The Diary Of A Domestic Diva became bestsellers. Recent releases include screenwriter Shaheen Bhatt’s I’ve Never Been (Un)happier, where she opens up about her journey with depression, and Milind Soman’s witty biography Made In India: A Memoir.

What makes these books so popular within the Indian literary scene? 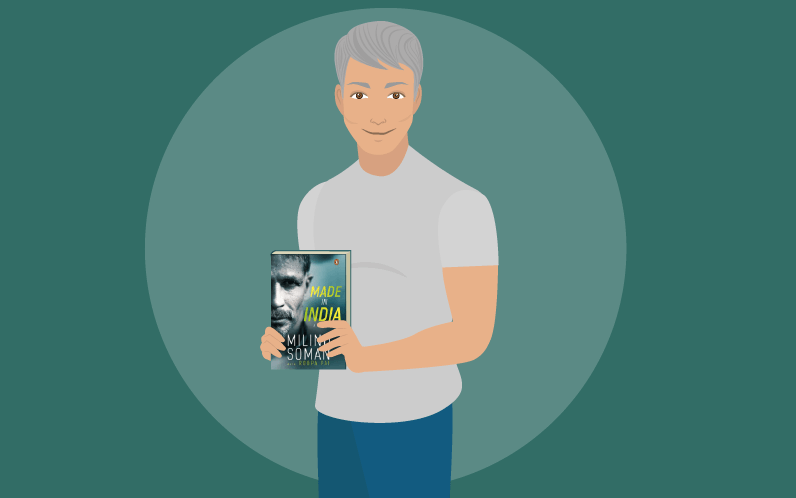 Memoirs Are A Fan Favourite

The past decade has seen Bollywood celebrities publishing books across different genres, including self-help, parenting, biographies, autobiographies and fiction. To explore the rising popularity of celeb-authored books in India, I decided to speak to one of the principal stakeholders of the Indian literary scene – the readers. I reached out to active readers, writers and book reviewers via online and offline forums to understand the general opinion better.

Most of the people I spoke to believed that when it comes to books written by Bollywood celebrities, they are most interested in reading biographies, autobiographies and memoirs that contain honest revelations of a celebrity’s struggles, successes, dark periods and vulnerabilities in life. Shyam*, a journalist and avid reader, shared, ‘I am more likely to read a memoir by a movie star than the biography of someone I do not know. However, if it is fiction or any other genre of interest, I will pick it up even if I do not know the author.’

A biography helps present a more realistic picture of a celebrity who is otherwise painted as ‘rich, happy and successful’ in the public sphere and often placed on a pedestal. Biographies, autobiographies and memoirs help in humanising the celebrity, thereby making them more accessible to fans. They highlight the failures and struggles that a celebrity has to deal with as well as the ways in which they overcome them. This helps inspire people, making them realise that failure is a part of everyone’s life and the real key to success is to never give up.

The popularity of these memoirs can also be noted in the number of copies sold. Dev Anand’s remarkable memoir Romancing With Life sold over 50,000 copies, and Dilip Kumar’s autobiography Dilip Kumar: The Substance And The Shadow sold more than 30,000 copies in the first year of publication. Furthermore, Rishi Kapoor’s biography Khullam Khulla: Rishi Kapoor Uncensored and Karan Johar’s controversial An Unsuitable Boy were both runaway successes as well. 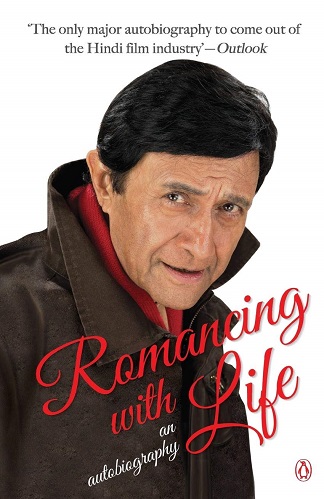 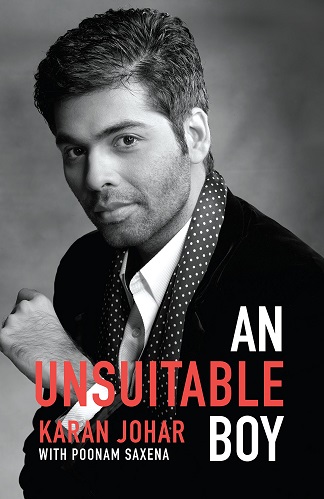 In addition to memoirs and biographies, there is also a ready market for fiction by celebrity authors. Take the case of Twinkle Khanna, for example. She started her writing career as a columnist. It was the popularity of her columns in DNA and The Times Of India that led to her book deal, with her first book getting published in 2015. While her first two books, Mrs Funnybones and The Legend Of Lakshmi Prasad, were national bestsellers, she became the highest-selling female author in India in 2018 with Pyjamas Are Forgiving. The book recently garnered Khanna her first award as a writer at the 17th Crossword Book Awards in the Popular Fiction category. This, perhaps, is an indication of people choosing to read a book with a good story, irrespective of the celebrity status of the author.

One of my favourite works of fiction by a Bollywood actor is Pankaj Kapur’s Dopehri. Set in Lucknow, it is the gripping story of a 65-year-old widowed matriarch, Amma Bi. Her journey of self-discovery from being the mother to a reputed nawab to an independent woman is gripping and beautiful. A theatre veteran, Kapur manages to take inspiration from his acting background and decades of experience in the craft of storytelling thus creating a believable literary universe filled with relatable characters. 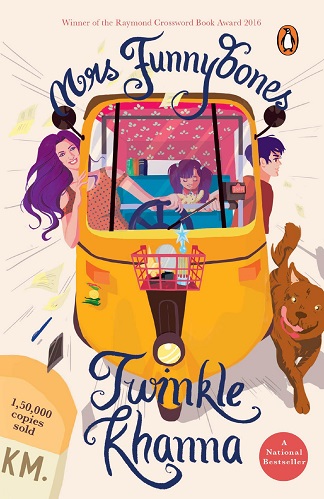 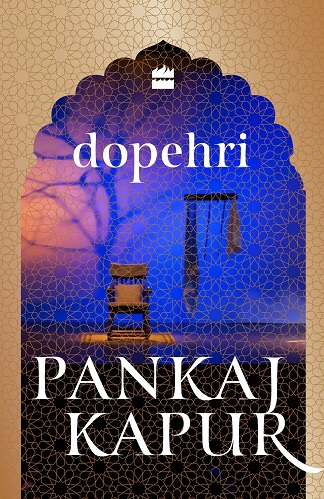 The Commercial Side Of Things

Back in 2017, Aditya Mani Jha, literary critic and former editor at Penguin India, wrote a social media post that took a dig at publishing houses for their obsession with the Bollywood genre. This, however, is a subject that has been discussed and debated often over the past few years.

I spoke to some of the key stakeholders within the publishing industry to understand their side of the story better. They mentioned that even though storytelling and creative writing are passionate ventures, it isn’t possible to forget that selling books is, at the end of the day, a business. Every publisher needs a certain number of bestsellers each year to sustain and survive. Mr. G Sharma, a Senior Editor at a traditional publishing house in Delhi, shared, ‘With the advent of the Internet, the way people consume content is constantly evolving. Having said that, there is still an existing market for print books, but to be able to survive, we need a certain number of winners every year. And, if celeb-authored books are selling, I would not mind having them published under my banner given that they are well-written and have the potential to sell.’

Kanishka Gupta, the founder of  Writer’s Side, the largest literary agency and consultancy in South Asia, wrote an article titled ‘Bollywood’s always a bestseller: Here’s why publishers can’t say no to anything filmy’ for Hindustan Times a couple of years ago where he delves into the ‘why’. Kanishka’s findings revealed that the decision to come out with celeb-authored books is mostly commercially-driven on the publisher’s end since most of these books create a market for themselves due to the relevance of the celebrity and the value of the content.

For example, Shilpa Shetty’s book The Great Indian Diet went on to become a bestseller because she is known for her knowledge when it comes to fitness and she practices what she preaches. Her book is based on nutritious Indian culinary classics using ingredients that are easily available in the market, thereby making it relatable for readers. Similarly, Anu Aggarwal’s Anusual: Memoir Of A Girl Who Came Back From The Dead sold thousands of copies because of its engaging content. The book goes beyond Aggarwal’s overnight rise to stardom and explores her near-death experience in a car accident, her decision to quit Bollywood to become a Yogi, and her sexual encounters in an achingly honest manner. 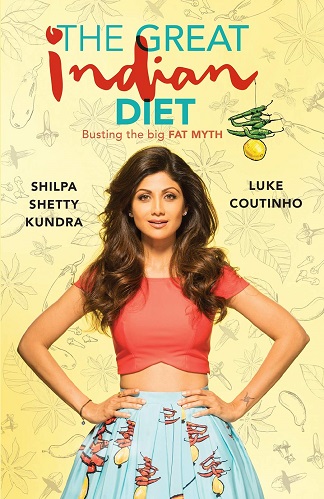 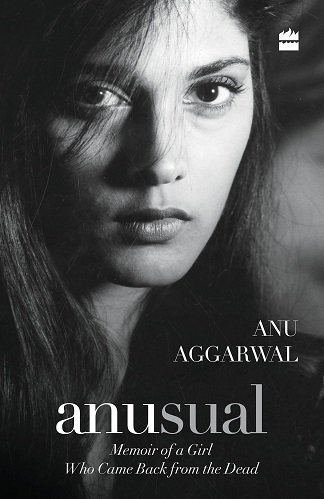 Some of the highly anticipated books expected in this genre this year include Malayalam screenwriter Unni’s first novel titled The Rooster Is The Culprit and filmmaker Rakeysh Omprakash Mehra’s (tentatively titled) Interval. With more celebrities writing each year, it is interesting to see how their books have evolved beyond autobiographies and memoirs to fiction, cookbooks, self-help, parenting and more. It will be interesting to see how these books evolve over the next few years in order to keep up with the constantly-changing tastes and requirements of Indian readers.

Surabhi, a former Delhi Doordarshan presenter, is a journalist currently based in Singapore. She is the author of ‘Nascent Wings’ and ‘Saturated Agitation’ and has contributed to more than 15 anthologies in English and Hindi in India and Singapore. Surabhi’s work has appeared in various national and international publications. Learn more about her work here, check out her website and follow her on Instagram.