Female perspectives in the mythic and folkloric world are rare because of the universal importance placed on male perspectives. A male-dominated society puts the right to tell stories into the hands of men thereby appropriating women’s realities and downplaying them. Consequently, an idea has formed over the centuries that male experiences, then, are the norm to define oneself as humans.

Over the past few decades, feminist folklorists have tried to reclaim these marginalised voices and give them the space they have been stripped of over the years. Similarly, feminist revisionist mythology writers also try to recreate myths to give prominence to the hitherto unheard female stories and versions.

Carol Ann Duffy’s poems in her work, The World’s Wife, belong to this category. 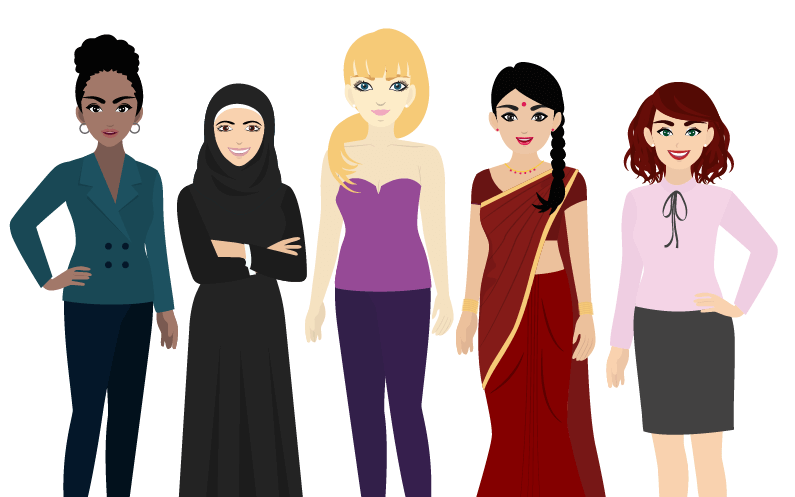 History is steeped in the greatness of men; the Western literary canon proclaims its male authors’ work as timeless and science lauds the contributions of male scientists. Even intelligence has been viewed via a gendered lens, with the common impression being that men are more intelligent than women.

In The World’s Wife, Duffy subverts the predominant notion of men and their thoughts as being superior and more valuable. She imagines the thoughts of the wives of the men who are considered ‘great’ for their work, be it in the field of science or literature. She also examines wives from Western history, folklore and mythology, giving them a voice in a more contemporary setting. Duffy draws them out of the shadows and puts a glowing spotlight on them through her revisionist poems.

Her poems give a voice to a multitude of characters from Mrs. Aesop to Little Red Riding Hood, from Mrs. Tiresias to Demeter, from Mrs. Sisyphus to Penelope, from Pilate’s wife to Delilah. For example, in ‘Mrs. Midas’, the titular character enjoys the smells emanating from her kitchen before Mr. Midas arrives and she realises the curse he has been struck with. In her typical humorous style, Duffy shows Mrs. Midas as being sarcastically positive about his curse helping him to quit smoking:

He tried to light a cigarette; I gazed, entranced,

as the blue flame played on its luteous stem. At least,

I said, you’ll be able to give up smoking for good.

She places her characters in modern settings to help her readers relate to their problems and understand them better. So, the titular character in ‘Mrs. Faust’ gets depicted as a modern, jet-setting wife. While Faust is busy enjoying his new-found power (thanks to his deal with Mephistopheles), Mrs. Faust is happy travelling the world, spending money and finding herself through veganism, yoga and Buddhism. This poem is as much a critique of marriage as it is of capitalism and its fads. 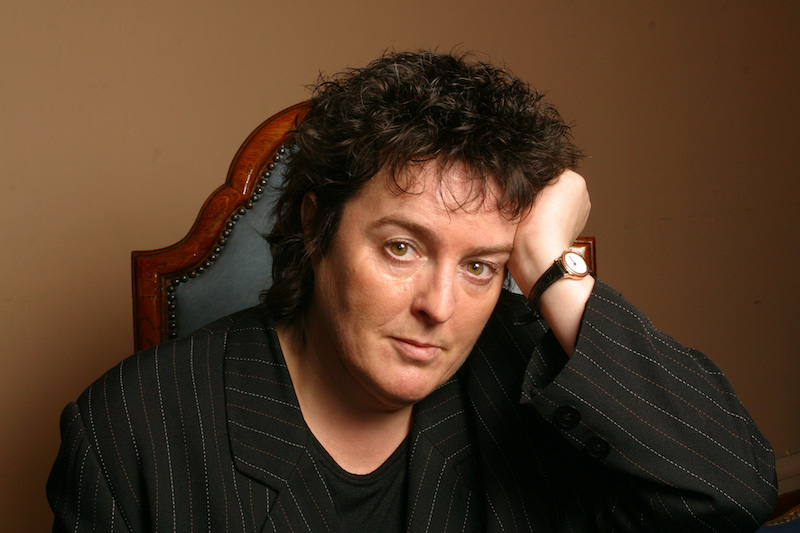 Duffy also highlights significant 21st century feminist issues in The World’s Wife. This is executed by connecting the past, the mythic and the folkloric with contemporary problems.

In ‘Mrs. Tiresias’, she discusses the idea of gender fluidity through the myth of the blind Greek seer, Tiresias, who lived as both a man and a woman. Here, Duffy takes a dig at mansplaining when the female Tiresias makes unrealistic claims of understanding female feelings on TV:

telling the women out there

how, as a woman himself,

he knew how we felt.

The poem also comments on how the world would immediately take notice if men experienced female troubles since their discomfort would be taken more seriously due to their gender:

Then he started his period.

One week in bed.

to the powers that be

Duffy also looks at how pop culture creates a stereotype about female desire in ‘Queen Kong’. Here, she subverts the original plot of King Kong and presents a female gorilla who has fallen in love with a male film crew member. She now safely inhabits a hotel in Manhattan and regales her buddies about her midget partner and their unusual sexual escapades. The poem reads as a breezy conversation and is an open expression of female desire with a contemporary dramatic monologue.

Through her poems, Duffy takes the heroines and wives of the past and reshapes them to speak of the inequality they’ve faced before and how different versions of the same inequality continue till date. Her characters and their experiences are relatable to the reader. 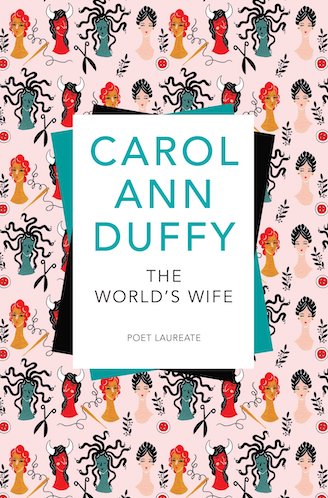 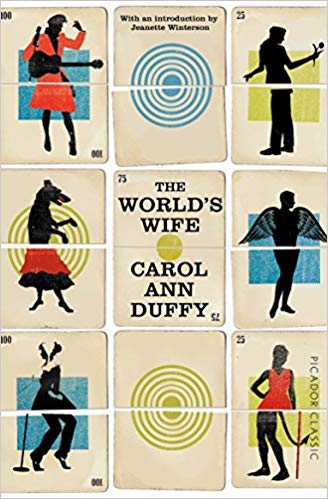 The poems in The World’s Wife are bold, critical, sexual and forthright. Duffy endows her characters with an intelligence and agency of their own. Take ‘Little Red Cap’, the opening poem of the collection, for example. It is a retelling of Little Red Riding Hood where the protagonist is portrayed as a naive 16-year-old who is taken in by the wolf’s charms, one of them being his relish for poetry and books.

The poem is as grim as the original tale, but for a different reason. The girl encounters her first sexual experience with the wolf which is violently depicted in the poem:

The wolf, I knew, would lead me deep into the woods

Away from home, to a dark tangled thorny place

Lit by the eyes of owls. I crawled in his wake

My stockings ripped to shreds, scraps of red from my blazer

Snagged on twig and branch, murder clues. I lost both shoes

Caught in this toxic relationship, she is finally compelled to take matters into her own hands:

I took an axe to the wolf

As he slept, one chop, scrotum to throat, and saw

The glistening, virgin white of my grandmother’s bones

I filled his old belly with stones. I stitched him up

Out of the forest I come with my flowers, singing, all alone

This poem is not just the repetition of the childhood folktale of caution taught to girls. It hints at how it was the Little Red Cap herself who was taken in by the wolf’s raw sexuality, only to eventually realise the damaging consequences of subjecting herself to a violent relationship. ‘Little Red Cap’ captures the loss of innocence, while also giving the protagonist the power to experience love, the world and its many problems on her own terms. This is quite pertinent as it goes against the idea of women being given the responsibility to hold together a relationship, no matter how bad or abusive it might be.

The myth of the sculptor Pygmalion and his statue/wife Galatea is celebrated for its depiction of true love. The myth celebrates Pygmalion’s creation of a flawless marble statue of a woman who he falls in love with and who the Goddess Athena brings to life. In Duffy’s poem, ‘Pygmalion’, we see Galatea’s thoughts about Pygmalion. He professes his love to her, whispers ‘blunt endearments’ and brings her ‘pearls and necklaces and rings’. But, he never attempts to solicit her views and thoughts in the poem. Galatea remains passive and dumb, just like her original form as a statue. It is only at the end of the poem, while in the depths of sexual pleasure, where she screams out and states that she wants to have a child. Pygmalion abandons her, and Duffy wittily makes a case for Pygmalion’s love being merely lust.

So I changed tack,

was soft, was pliable,

got hot, got wild,

begged for his child,

and at the climax

screamed my head off –

And haven’t seen him since.

In the poem, Galatea presents her dissent by exposing Pygmalion’s flaws and fragile ego. Even though she is passive at the start, hoping he would understand her disinterestedness in being his lover, she finally takes charge of the situation by raising her voice in a strategic manner. 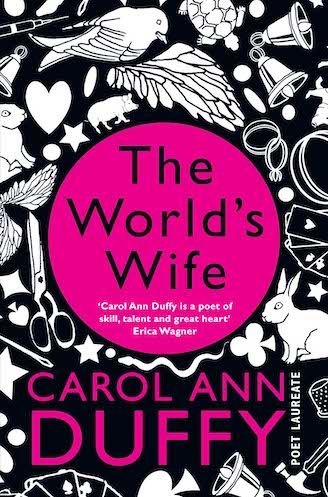 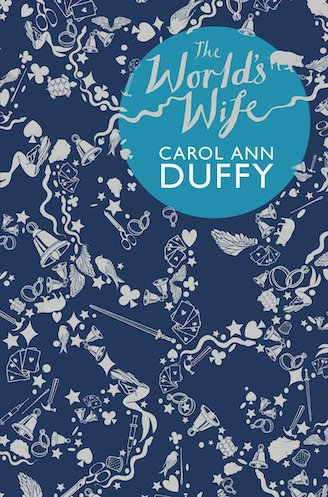 All the characters in The World’s Wife are unapologetic about their way of thinking and aren’t shy about expressing themselves outright, particularly when it comes to their sexual needs and desires or the wrongs they have faced due to societal discrimination. Mrs. Freud in the poem ‘Frau Freud’ debunks her husband’s penis envy theory by, as Jeanette Winterson states, ‘listing every word she can think of for penis’, thus creating a ‘mad lexical delight’.

The World’s Wife is political and bold. By using characters from well-known folklore and mythology, Duffy makes a clear comment on the shackling of women since time immemorial.