How The Indian Literary Landscape Has Changed In The Last Decade: Part II

The literary landscape in India has evolved constantly over the past decade.

We have seen a shift in reading habits due to the prominent rise of contemporary Indian literature. Newer, more relevant books for children have entered the literary market, as have children’s literary festivals. The literary market has also opened up for new writers with a number of online writing platforms giving them opportunities to showcase their talent. As a result, writers no longer need to wait for a publishing house to accept their manuscript, or for a print magazine to print their stories. There has also been a rise in the number of streaming services available thereby leading to more Indian books getting successfully adapted into movies and TV shows.

This decade has also made it lucrative to be an author, especially an award-winning one. The introduction of literary awards like the JCB Prize For Literature and the DSC Prize For South Asian Literature has helped place contemporary Indian literature on a global platform while also compensating the winning authors very well.

Another major change to the Indian literary landscape has been the manner in which social media was used to provide a platform to talk about books and promote new talent. Instead of getting side-lined, literature has used the Internet to evolve.

Let’s take a look at some of the changes. 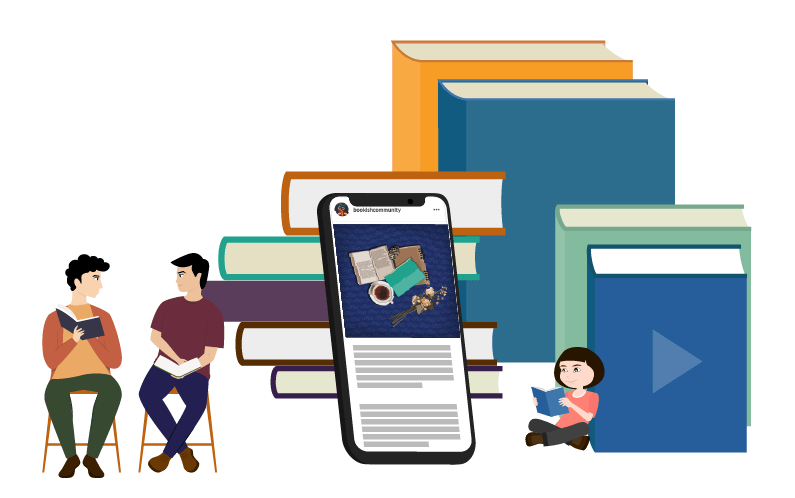 For years, Panchatantra was our go-to for children’s stories, and most of us have grown up reading them or listening to our parents or grandparents narrating the stories. Over the past decade, however, children’s literature has emerged as a new phoenix in the Indian literary market. Several accomplished authors are writing evocative books for children today, and the publishing industry has also been encouraging this endeavour. These authors are testing out new themes and are writing in regional languages in order to reach out to more children.

Earlier, children’s books narrated tales on morality, good values and good habits. Over the past decade, children’s books have explored relevant issues as well. Today, there are books that talk about diversity, physical and mental health, Partition, disabilities, gender bias, etc. It is comforting to see young minds being moulded to think about inclusivity and be less judgemental, traits that make for a good human being.

Tara Books, Katha Books and Pratham Books are three major publishers of Indian children’s literature. Duckbill Books, an award-winning publication is the most recent addition to this team and has recently been acquired by Penguin Random House. In 2015, Pratham started StoryWeaver. Here, stories can be created and read, with beautiful illustrations accompanying them, courtesy of the website. They have also made it a point to publish books in languages like Surajpuri, Gondi and Pawari.

How could literary festivals stay far behind? Literary festivals like Neev, Bookaroo and Peek A Book have also played a significant role in promoting literature and developing a love for books in children.

As a result, children’s literature has made significant progress over the last decade and continues to thrive in spite of mobile phones and video games. 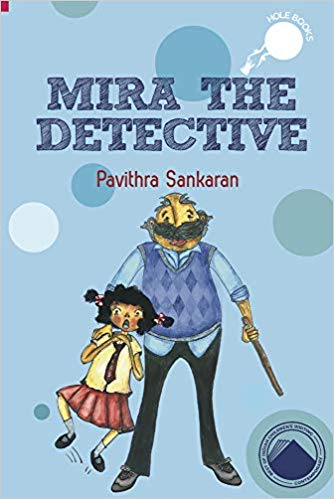 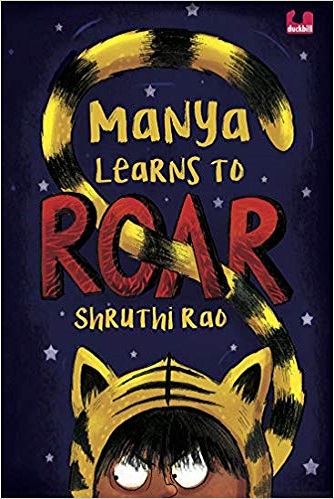 The Internet has been a boon for writers during the last decade. A number of online literary magazines and other writing platforms have popped up, giving writers an outlet for their work, while also shedding light on relevant issues through literature.

One such writing platform is Wattpad. A Canadian enterprise, Wattpad has millions of stories by authors from all around the world. Wattpad entered the Indian market in 2018 and collaborated with Penguin Random House India to promote exclusive content from authors based on their upcoming books. This includes ‘Ask Me Anything’ sessions with authors that are hosted on Wattpad. The company is also looking to turn stories on the platform into movies and TV shows, and has recently launched a book division to create more opportunities for Indian storytellers. Not only that, they also publish stories in a number of Indian regional languages, thereby providing opportunities to thousands of Indian writers.

As mentioned in Part 1, Juggernaut is another online platform that promotes writing and provides an easy way for authors to self-publish. For authors who want to keep most of their profits without having to go through the traditional publishing route, Juggernaut is a viable option. Juggernaut aims to shortlist five new authors every month and provide them with most of the services given by traditional publishing houses. Such a writing platform can only help in promoting new talent and literature from all over the country.

The past decade has seen the Indian film industry adapting a number of Indian books into movies or TV shows, and audiences have, by and large, responded positively. With the rise of online streaming platforms, more filmmakers are looking towards literature as source material for on-screen adaptations.

As the story and dialogues are pre-written in the book, the adaptation process becomes easier. The Story Ink is a company set up to help make this process seamless, as it ‘helps sell film or dramatisation rights to books written by Indian authors’. Since its creation in 2018, it has managed to sell 40+ books for adaptation on screen.

Over the last ten years, movies like Padmaavat, Bajirao Mastani and Saat Khoon Maaf have ruled the box office, and all of them were based on books or epic poems. Online streaming platforms like Zee5, Netflix, Amazon Prime and Hotstar have also begun adapting books into movies or TV shows. Acclaimed TV shows like Leila, Sacred Games and Bard Of Blood have helped these services gain a massive audience base across India. Zee5 has also adapted Aroon Raman’s books into the series Skyfire, which explores the effects of climate change, and has produced Parchhayee, based on Ruskin Bond’s ghost stories. Netflix also plans to adapt The White Tiger and Midnight’s Children in the foreseeable future. 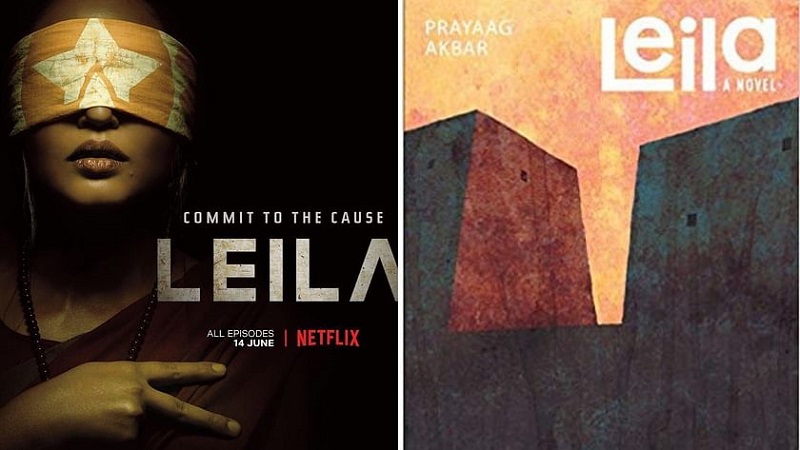 While many readers prefer reading in isolation, they also enjoy getting together with other like-minded readers to discuss their shared love of literature. Due to the advancement of technology and social media, a number of online and offline book clubs have surfaced. In these tight-knit communities, new and old books are discussed and exchanged, and literature is celebrated.

Sister Library is one such organisation which houses writings by women authors. Originally started as a travelling library, the founder, Aqui Thami, wanted to take the conversation about women authors and their writings forward. Another important venture is ‘books on wheels’, organised by the Indian Railways, who started this to facilitate reading during travels.

Book clubs like Bring Your Own Book (B.Y.O.B), Broke Bibliophiles, T.A.R(who). D.I.S., etc. are some of the popular ones across the country. Here, people are meeting new people, making friends, and getting and giving book recommendations.

Silent book clubs are another new trend, aimed at readers who are seeking a safe space that allows them to read without any disturbances and then discuss the book at the end.

All in all, the past decade has been a great one for readers to socialise. 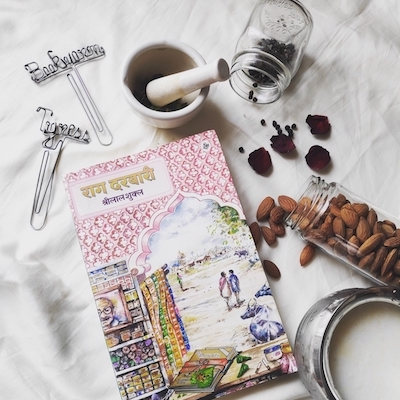 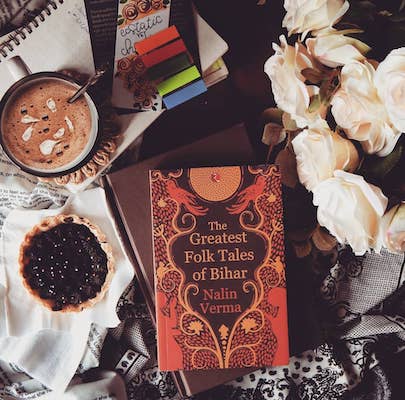 Social media has changed the ways in which we interact over the last decade due to apps like Instagram, WhatsApp, Facebook, Twitter and Snapchat. It was only a matter of time before literature found a way to use these apps for its own benefit, thereby creating a niche for readers around the world. One such phenomenon is Instagram’s popular community bookstagram. A popular hashtag, bookstagram has led to thousands of people creating aesthetically pleasing images of books. And when it spread like wildfire internationally, how could India stay behind?

The Indian bookstagram community has been at the forefront of promoting Indian literature, while paying special attention to regional literature as well. The community consists of a number of book bloggers and bibliophiles who want to showcase their love for literature. With drool-worthy images of books, these accounts strive to take the conversation about Indian literature forward. With popular readathons like #DiscoveringIndiaReadathon, #WomenInTranslation and #LitWithIndianLit, more people are interested in reading Indian literature, thereby helping the genre gain more popularity.

During the past decade, poets moved to Instagram and Tumblr to showcase their talents, which led to the birth of Instagram poetry. This style of poetry was miles away from the traditional understanding of poetry and was usually shorter in length and crisp in nature. Two Indian-origin poets, Nikita Gill and Rupi Kaur, became immensely popular as Instagram poets.

Instagram poetry covers themes of feminism, mythology, current social and political issues, feminist retellings and romance. With instant feedback and space for growth, the format soon gave rise to a number of other poets who began exhibiting their talents on Instagram. Gill and Kaur even went on to publish poetry books, which then became bestsellers.

Spoken word poetry was another form that gained popularity in the last decade. The style was similar to Instagram poetry, more prose-like and less lyrical in structure. Both Instagram poetry and spoken word poetry have become essential today as they talk about pertinent societal issues like feminism, racism and xenophobia. Crucial in changing societal narratives, these poems have facilitated discussions and changes in people’s minds. 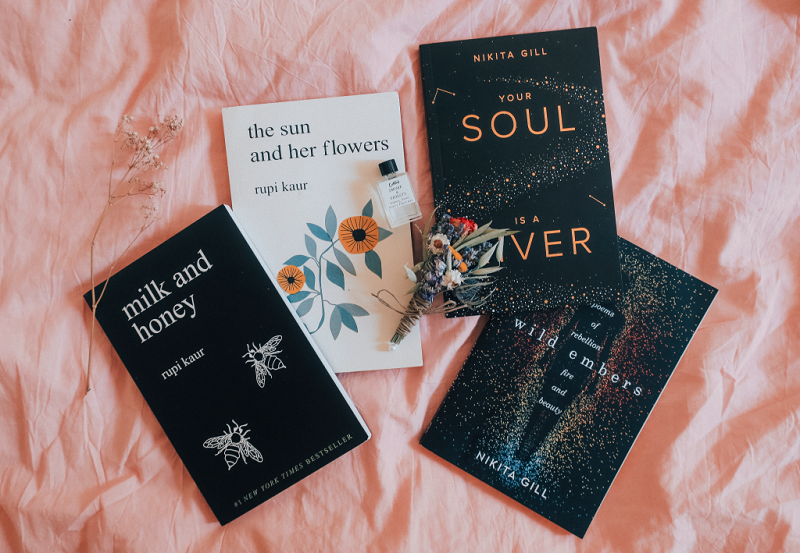 The decade has come to an end, but it is uplifting to see how the literary landscape in India has changed. With a niche community of bookstagrammars, book clubs and dedicated libraries, the love for reading has spread far and wide. Not only that, books being adapted into movies or TV shows and the presence of online writing platforms show us that the impact of literature has moved beyond the pages of a book.

Literature has used technological advancements to gain momentum and move forward. We only hope that the next decade brings in many new and positive changes in the world of literature.

Until then, keep reading!