How The Indian Literary Landscape Has Changed In The Last Decade: Part I

As we mark the end of a decade that seems to have gone by far too quickly, it is time to take a look at the many changes that have taken place within the literary world. And, the progress has been tremendous. Newer reading formats entered the picture via digital books, and audiobooks and were embraced with open arms. Publishers paid greater attention to books that spoke on societal issues as well as made a more dedicated effort to include literature from marginalised communities.

The most surprising change has been the popularity of translated literature that has made a number of Indian language authors famous. This genre of literature has given us a look into the literary diversity that is on offer in our country and has exposed us to beautiful stories from different corners of India.

Here, we navigate the twists and turns of the many changes that the literary landscape in India has undergone over the past decade. 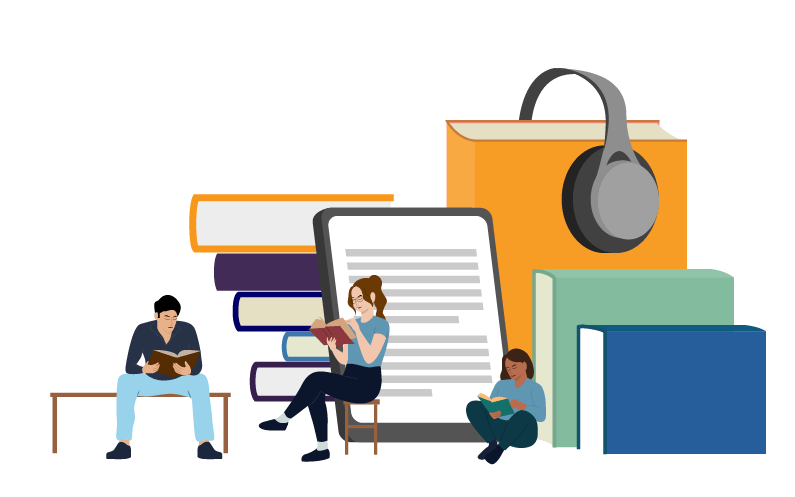 With cheaper mobile phones and easier access to the Internet at lower rates, it was only a matter of time before the literary world escaped its physical chains and spread its wings over the Internet. Publishers and authors saw the popularity of the Internet as a golden opportunity to reach more readers, and started pricing e-books lower than the paperback version. Readers were equally delighted by the cheaper prices. All of a sudden, they had a variety of books at their disposal with the added benefit of not having to lug around a dozen books at once. The Kindle has also played a huge role in the popularity of e-books.

By the time Kindle celebrated its 10th anniversary in 2017, India had seen a staggering growth in the number of e-book readers. In 2016, there was an 80% increase in the sale of Kindles across the country, despite decreasing sales in the U.S.A. The main reason for this was the addition of books in regional languages from India as well as offerings like Kindle Unlimited. People now had access to thousands of previously unread works at the click of a button and a fraction of the cost.

For a long time, authors have had to rely on publishers for almost everything from accepting their manuscript to its editing, marketing, release and publicity. Publishing houses have also held on to the lion’s share of the revenue earned, leaving authors with only a small percentage of the profits. Suffice to say, being an author was a tough gig with low dividends. However, the advent of self-publishing has drastically changed the situation.

While there still remains a bias against books that don’t have the stamp of popular publishing houses, the situation is slowly turning around. Over the last decade, a number of authors have gone the self-publishing route, making full use of effective marketing strategies and social media. The prime example was Amish Tripathi’s self-published The Immortals Of Meluha, which opened doors for the author to become a bestselling author.

Amazon introduced both Kindle and KDP (Kindle Direct Publishing) to the world, where the latter allowed anyone to upload their books onto the platform. Here, authors kept a larger percentage of the revenue. Using innovative and low-cost marketing strategies, authors could easily spread the word about their books and engage with their readers on a personal level.

In India, Juggernaut Books started the Juggernaut Writing Platform in 2017, which made it easier for authors to self-publish. Here, authors could simply upload their books and get published online, and if their book got enough views and reviews, they even got a contract with Juggernaut. Recently, short stories and parenting books are becoming very popular on the platform.

We have seen a boom in self-publishing over this past decade with the entry of online services such as Notion Press for authors looking to self-publish. With an easy setup, wide distribution, full control, no inventory and publishing in a variety of languages, these services have quickly become very popular. The middle man is cut out, which means authors can directly interact with their readers, cost of publishing is lower, and the royalty gained is higher. Those who use effective marketing skills will certainly thrive in the self-publishing market. 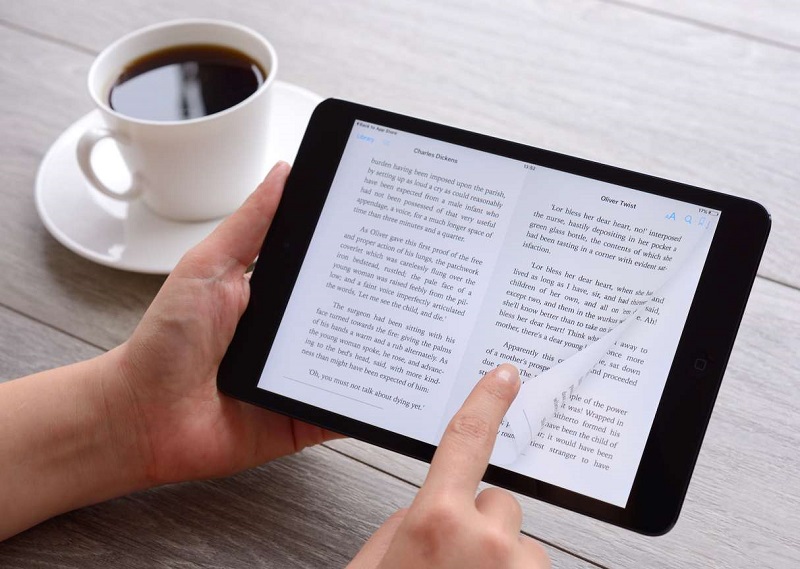 While it was fairly easy for readers to transition from physical books to e-books, audiobooks have taken a while to settle in the market. For a lot of readers, the idea of having to sit and listen to books seemed unfathomable, but today, with a large portion of our day being spent in travel with headphones on, it is no wonder that audiobooks have slowly made their way into our libraries.

Capitalising on the trend, Storytel, a Swedish brand, entered the Indian market in 2017. Over 1,00,000 audiobooks are available on the app, but that’s not what makes it special. For the first time, audiobooks were available in languages like Hindi, Marathi, Bengali, Malayalam and Urdu. Amazon’s Audible was launched in 2018 in India, and they signed up with local publishers HarperCollins India, Penguin Random House, Karadi Tales and Duckbill to promote audiobooks across the country. Not to be left behind, Google also joined the bandwagon when they launched subscription-based audiobooks in 2018.

Although the trend of audiobooks has taken longer to catch on India, it has been the fastest growing sector in the digital publishing industry in other parts of the world. With authors and actors now coming forward to create brilliant audiobooks, this book format is definitely here to stay. 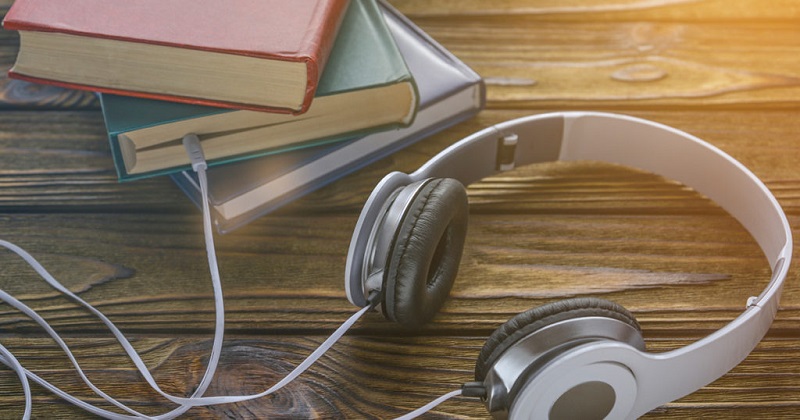 Over the last few years, readers have become more aware and sensitive towards social issues such as untouchability, social discrimination, gender bias, etc. And what does one do while looking for information on such topics? Seek solace in books, of course! It also became necessary to lend a voice to the marginalised societies of India, and thus the independent publishing houses came into being.

The previous decade saw the rise of feminist publishing house Zubaan, as well as Navayana, which publishes literature focussed on caste issues. Their contribution to the world of Indian literature has been tremendous. adivaani joined this band in 2012, and started publishing and promoting literature from Adivasi authors across India.

Another publishing house, Panthers Paw, started in 2016, is publishing and translating books by Dalit authors, to give them a voice in our society. Queer Ink, founded in 2010, has been crowdfunding stories on its platform with the aim of collecting stories of a queer India.

Given the plethora of books that get published each year, it is possible that awe-inspiring feminist works, stories from Adivasi or Dalit authors might get lost in the mix, or not given a space of their own. Independent publishing houses aim at ensuring that these issues and books are given their due importance and representation in the literary world. These publishing houses understand the need to publish these books in order to spread the stories far and wide. Independent publishing houses are changing and contributing to the Indian literary landscape, while delivering the best of literature. 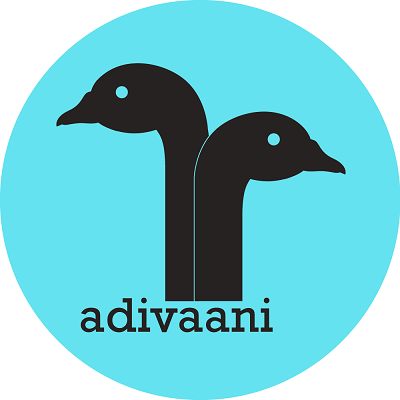 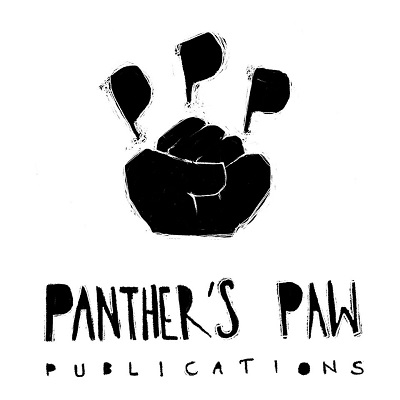 The success of the Jaipur Literary Festival (JLF) ushered in an era of literary festivals across India, with most states in the country having at least one. Some of the more prominent ones over the past decade have included the Delhi Literary Festival, Times Lit Fest, Hindu Lit for Life, Goa Arts and Literature Festival and Bangalore Literature Festival. With discussion panels, author meets, workshops, book unveilings and exhibitions, literary festivals keep people entertained.

The decade also saw a rise in new and innovative literary festivals across the country that caught people’s attention. They included multiple children’s literary festivals (in a bid to get more children involved in the world of literature), along with other innovative festivals like the Military Literature Festival and the Kumaon Festival of Literature. In 2019, the Tribal Literature Festival came into being to celebrate tribal literature, and LGBTQIA+ literature was given its due in the Rainbow Lit Fest.

However, things seem to have taken a turn for the worse. In recent times, JLF has been coming under fire for not keeping up to its promise of being a literary festival, becoming more of a crowded gathering instead. This year, both Times Lit Fest and Hindu Lit For Life cancelled the upcoming editions of their festivals due to a lack of sponsors, while JLF hasn’t got a title sponsor in place for their 2020 edition.

With sponsorship drying up, literary festivals may need to rethink their model of free entry and start charging for attendance. Otherwise, the future seems bleak for them. 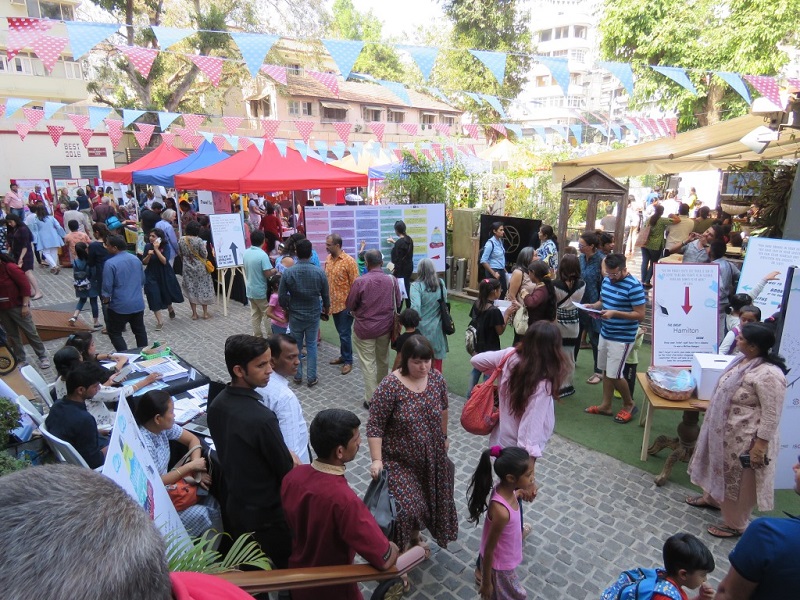 Over the last decade, India has seen a considerable rise in regional literature being translated into English. We have now understood the importance of reading stories from every part of India. Each region tells us the story of a different India, with novel customs and traditions for the reader. Following the English translations of their books, authors like Vivek Shanbhag, Manoranjan Byapari, Benyamin, Perumal Murugan, etc. have gained immense popularity across the country. Not only are they finally receiving the credit that they deserve today, but are also on the receiving end of a number of literary awards and accolades.

Additionally, publishers have also realised the need for such translations in the market and are coming forward to translate books. Niyogi Books has created a niche for itself in translation literature, while HarperCollins has launched Harper Perennial primarily for translating and publishing regional literature. Indian Novels Collective is another organisation that translates classic Indian literature so that it reaches the masses. 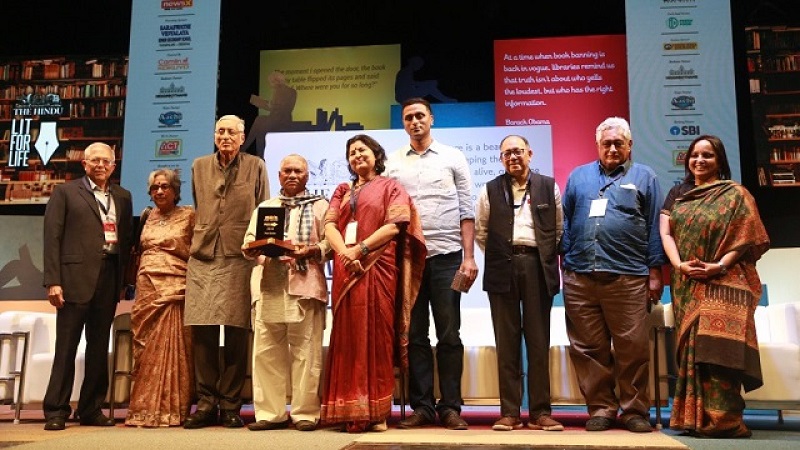 (Manoranjan Byapari winning an award for his book, translated in English;

The Indian literary world has seen a lot of change over the past decade. With Internet accessibility becoming easier, more people turned towards digital platforms to access literature. We have seen e-books and audiobooks making lives easier and more convenient for booklovers. Self-publishing and savvy social media marketing helped new authors promote their writing successfully with some going on to become bestsellers. In addition, we have seen authors from marginalised communities, female authors, and authors writing in regional languages also receiving their due, via literary awards and accolades.

While the first of this decade saw the meteoric rise of literary festivals, their future remains questionable as we turn the page on this decade.

But why end on a sad note? As this decade has shown us, the literary landscape in India is constantly changing and will continue to do so.

Read Part II to find out more about how the Indian literary landscape has changed in the past decade.