The first month of 2020 has whizzed by, all thanks to the books we read and the resolutions that we tried (and sometimes failed) to keep! February promises to help us with the reading part, with some fascinating Indian non-fiction books being released. Look out for a book on the secret history of lynching in India, whimsical tales from Bhopal, the tragic tales of the Deoli internment camp survivors, and the story behind the assassination of Mahatma Gandhi. These books, and so many others, will only add to the diversity of your reading list. Go on, pre-order them now! 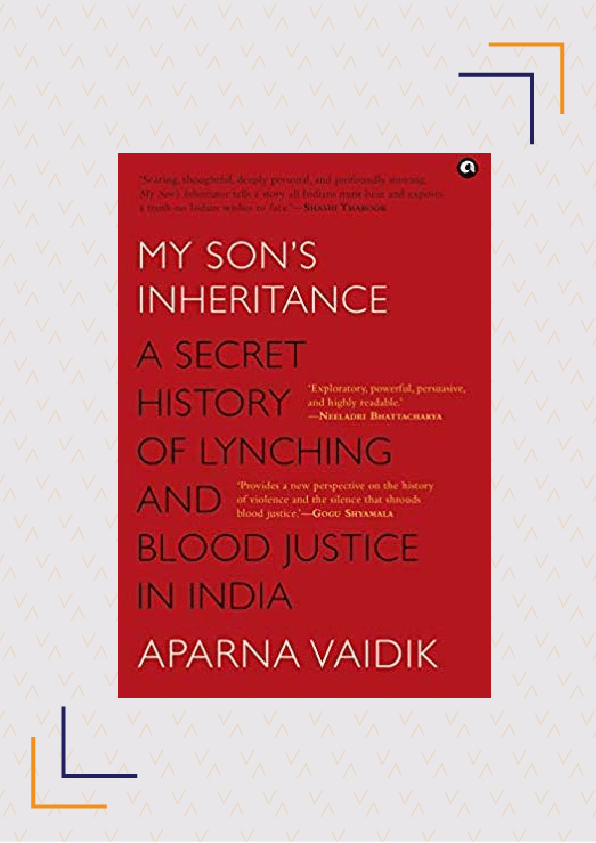 My Son’s Inheritance: A Secret History Of Lynching And Blood Justice In India

Lynching is a horrific crime still prevalent in our country and, according to Aparna Vaidik, it is not a new phenomenon. In her book, My Son’s Inheritance, written in the form of a letter to her son, she argues that lynching can be found in our myths, folklore and literature, and is the invisible demon that terrorises the nation. Going deeper into her analysis, she showcases how widespread the violence of lynching is, and how it spans generations. She introduces her son to his ancestors – both who lynch and the ones who are lynched – and shows him this horrific side of the nation. She also believes the ones who aid lynching by remaining silent are as much to blame as those who perpetrate it. This is a thought-provoking book that you should not miss. 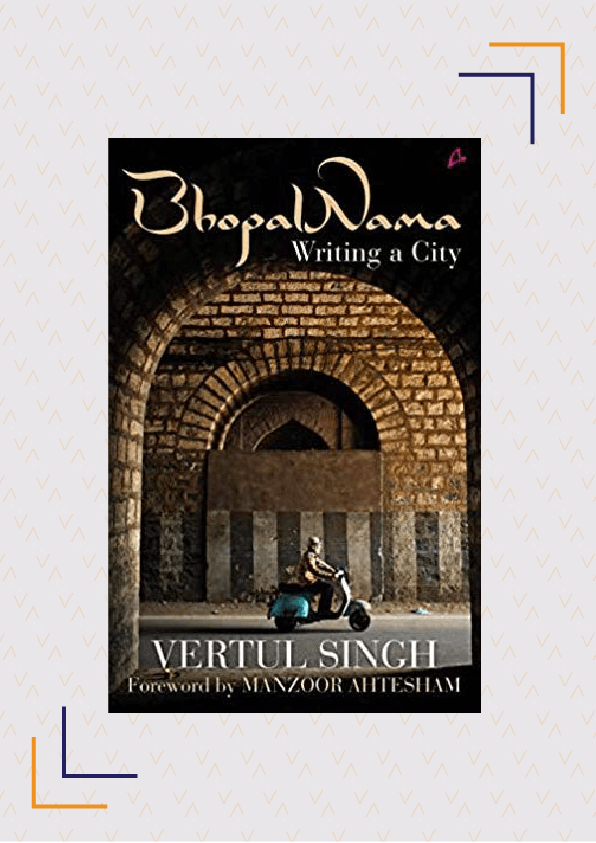 The unusualness of Bhopal lies not only in its fascinating history, but also in the day-to-day hubbub of the people that dwell in it. Bhopalnama consists of a plethora of unique stories on Bhopal, which include the likes of the megalomaniac Dost Mohammed, the Begums of Bhopal, stories of the time when the prince of Wales went missing, and a ménage à trois to boot. We catch a glimpse of what makes the city so unique – its people, culture and history. Filled with anecdotes and events revolving around Bhopal, this book is for anyone who seeks to know the city intimately. 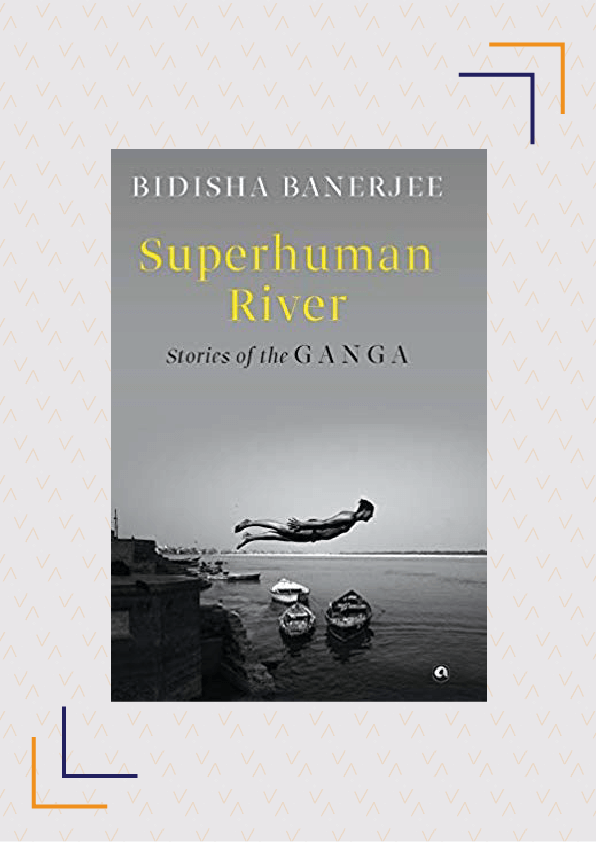 Superhuman River: Stories Of The Ganga

The Ganga is worshipped as a mystical river in India, while it also provides sustenance to the people living along its banks. From providing water to a number of cities to being revered in ancient scriptures, the Ganga has many facets, both mundane and mythical. Today, though, our beloved river is polluted, used as a dumpster for waste and dead bodies, and some of its inhabitants (like the Ganges river dolphins) are on the brink of extinction. In 2014, the Modi government announced a project to rejuvenate the river with a staggering budget of ₹20,000 crores, but after six years, the damage is still catastrophic. Superhuman River is the culmination of Bidisha Banerjee’s decade-long research about the Ganga, and asks the most important question – will the river ever get cleaned? 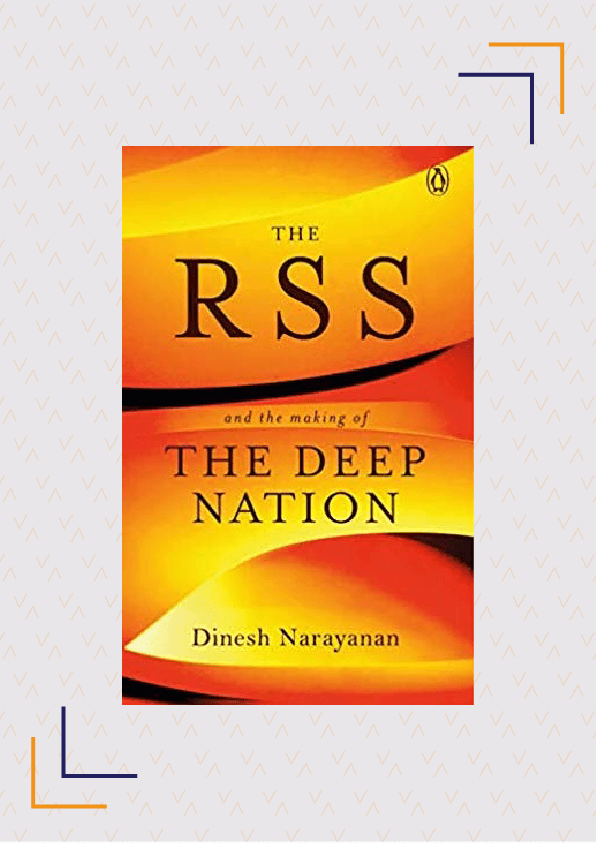 The RSS: And The Making Of The Deep Nation

The RSS is a mammoth organisation, and its increasing influence over Indian politics is staggering. Thrice-banned, once by the British and twice by the Indian government, it believes in Hindus having sole rights over India, and strives to instil its ideologies throughout the country. Dinesh Narayanan argues that the elimination of Article 370 in Kashmir, the construction of the Ram Mandir and changing personal laws are just the beginning of its growing political prowess. With research, analysis and insider interviews, the book aims to trace the RSS’s origin and its need to forcefully fit a diverse India into one ideology. 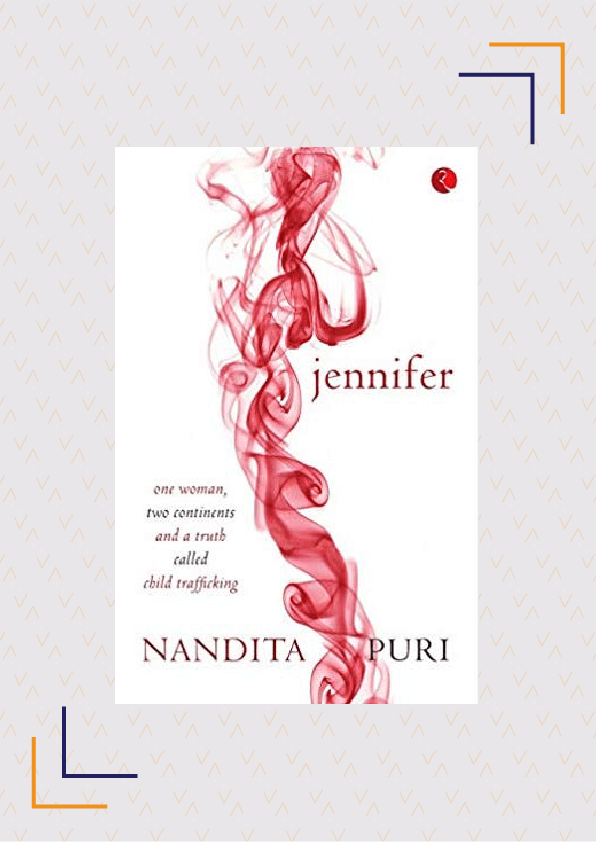 Eight-year-old Jennifer Francis was adopted from India by two American men but, unknown to her family, there were no legal documents to support this. Her life takes on a hellish turn when her supposed fathers sexually abuse her, which leads to more than 50 different foster homes for Jennifer. She then begins hustling and shoplifting to survive. Just when she thought her life would get on track after marriage, she learns of her illegal immigrant status, is deported to India and has to rebuild her life from scratch. An agonising story of suffering and trauma, Jennifer’s tale is one that should be read by everyone. 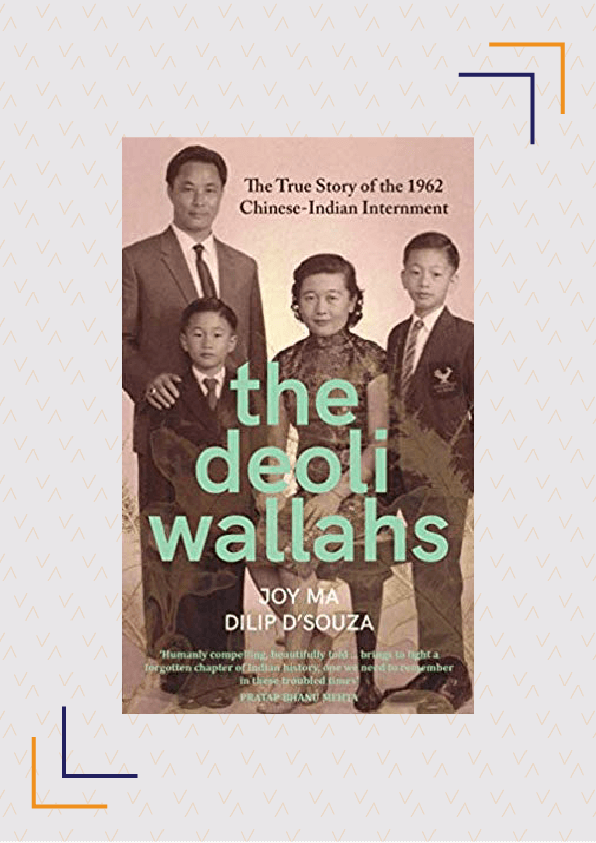 After the Sino-Indian War of 1962, about 3,000 Chinese-Indians were sent to a POW camp in Deoli, Rajasthan for five years. During the war with China, these people were judged as ‘Chinese-looking’ and suffered heavily due to prejudice. Five decades later, they tell their story in The Deoliwallahs. Through extensive interviews with seven survivors of the camp, the authors uncover a shameful chapter of Indian history, how these people made India their home, and how we repaid them with tragedy. 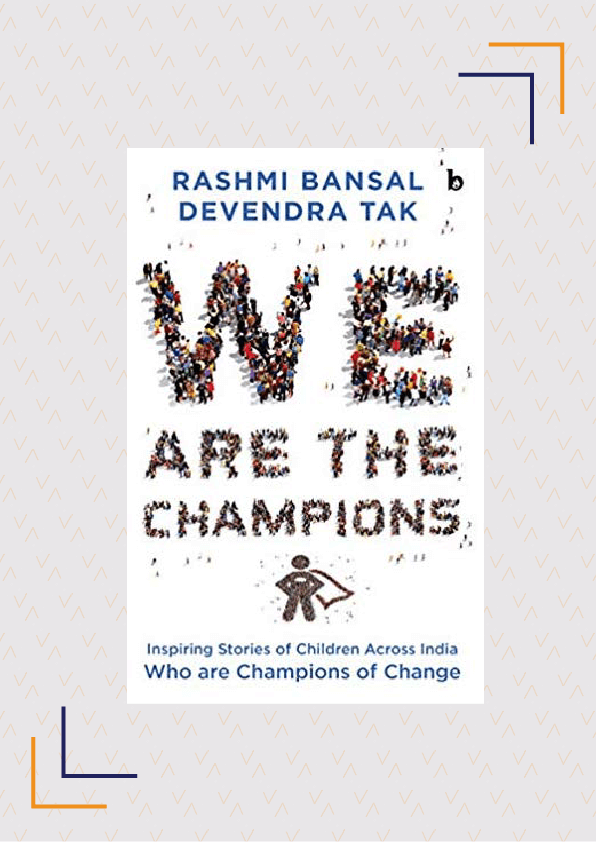 We Are The Champions

While every child is entitled to a happy childhood, many are deprived of their basic needs across the world. Many of these children, though, refused to cower, and instead, fought against injustice and their dreadful circumstances. In We Are The Champions, we meet 15 such children, and learn of their stories of bravery. There are children who saved other kids from child trafficking, questioned discrimination, brought better sanitation to their schools, and even displayed talents in various fields. Empowering and inspiring, each and every one of us must look towards these children since they are the champions of tomorrow. 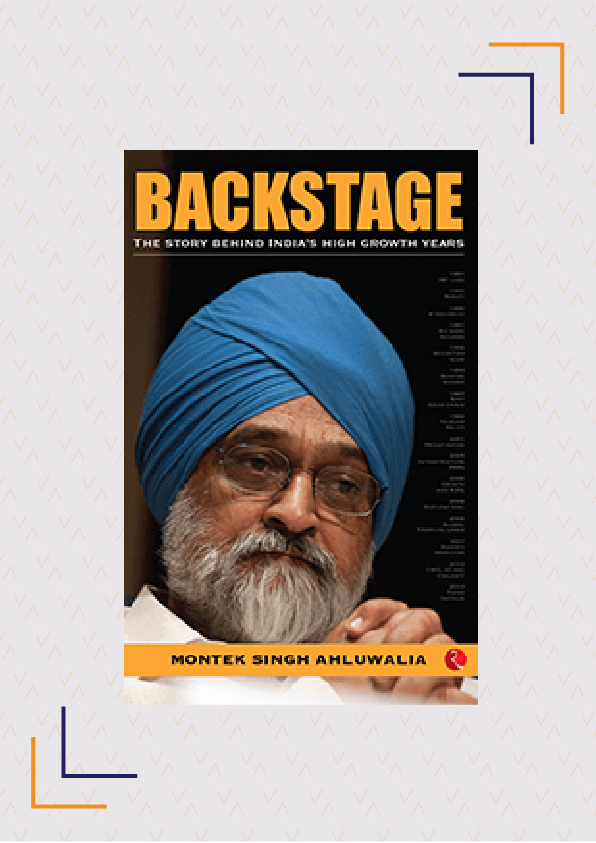 From being the Special Secretary to two Prime Ministers to becoming the Deputy Chairman of the Planning Commission of India, Montek Singh Ahluwalia has had a key role to play in shaping the Indian economy. Backstage talks about reforms in politics, the highs and lows of the UPA government, the achievements in mitigating poverty, and the clouds of corruption that blackened the end of the UPA regime in India. Narrated with humour and intellect, Ahluwalia’s book will surely get you up-to-date on Indian politics and the economy. 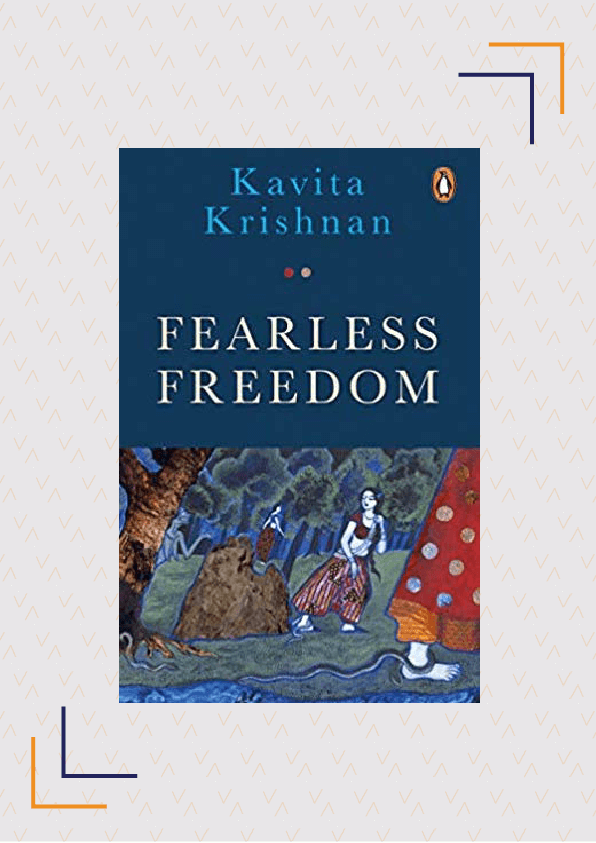 In India, women are often kept under certain safety restrictions and surveillance. Their movements are curbed to their homes, and not following these rules gets used as a reason for the crimes committed against them. In this radical book, Kavita Krishnan argues about the impact of keeping women away from public spaces by citing security reasons. She claims that the actual threats to women are hidden in plain sight. If you are looking for a proclamation on the importance of freedom for women, your search ends with Fearless Freedom. 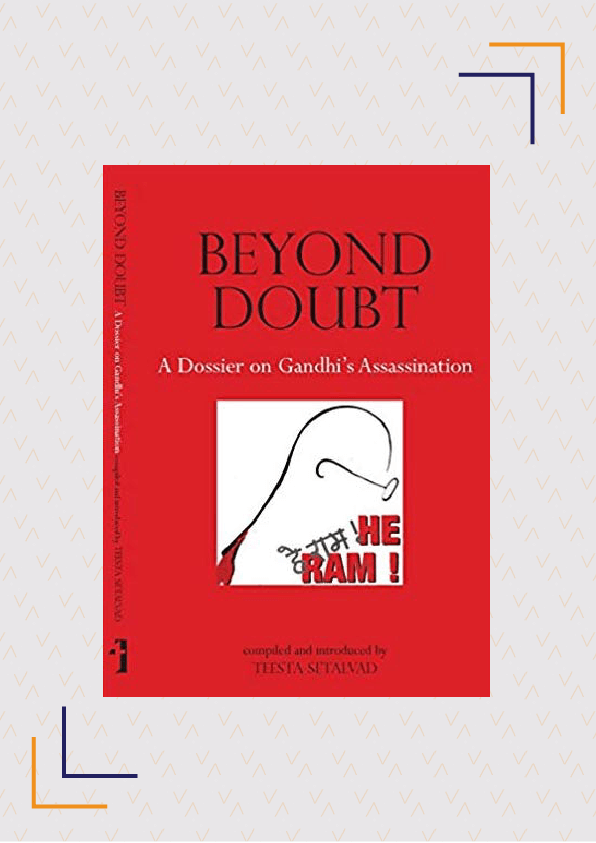 Beyond Doubt – A Dossier On Gandhi`s Assassination

Beyond Doubt seeks to amass all the important documents that showcase the mentality of the people involved in the assassination of Mahatma Gandhi, and the organisations that stood behind them. Teesta Setalvad believes it is pertinent to understand the hatred against Gandhi to understand the political motives of the cowardly act of killing him. She has put together documents related to the events following the assassination, translations from regional language books that seek to understand the ideology behind the killing, and the controversy regarding the destruction of files related to the assassination, amongst others. This is a must read for anyone interested in the repercussions of the death of a national leader in India.

Disclaimer: Some of these books were previously available on Kindle or as international editions which were available for import. This list features Indian editions of these books, which tend to be more affordable. The information featured here is accurate as of January 31, 2020.