Women In Translation: Exploring the Politics Of Translation Through “The Weave Of My Life” 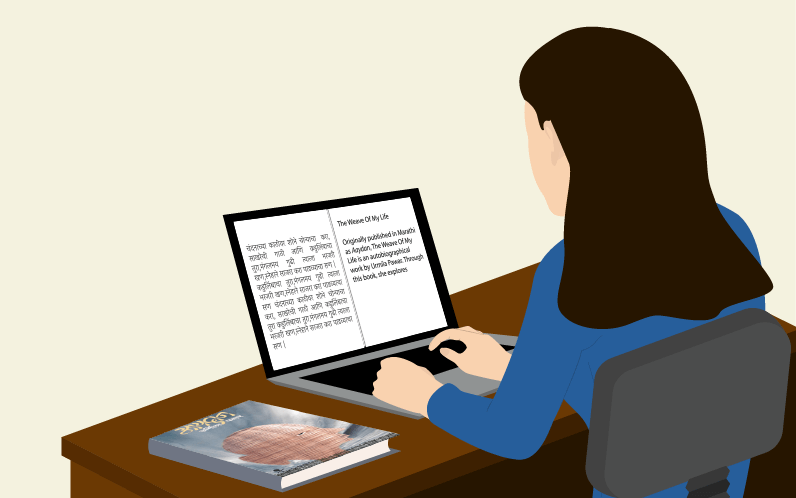 Translation acts as an intervention to bring to us different cultures and to represent realities that are different from our own. Language is a bearer of culture and thus what is represented in literature determines what becomes dominant culture and what gets marginalised. It is imperative for varied women’s voices to be represented in translation to bring to the forefront women’s lives, their histories, and their lived experiences.

The form of the autobiography in Dalit politics was crucial as it gave voice to generations of subjugation and the denial of education. This form was dominated by male writers till the 1980s when the first Dalit woman autobiography Baby Kamble’s The Prisons We Broke was published. However, it was not until 2008 that it was translated into  English.

Urmila Pawar continued the tradition of Dalit autobiographies and wrote The Weave Of My Life, which is the story of three generations of women of the Mahar community. The autobiography, translated by Maya Pandit into English, is not just an individual narrative but weaves together the issues and oppression faced by the community based on their caste and gender. The narrative traces how this oppression evolves and transforms from her village to the urban city of Mumbai. The text is considered a testimonio, which is a first-person account, by the person (narrator) who has faced instances of social and political inequality, oppression, or any specific form of marginalisation. Thus the work comes from a political standpoint and hence it is crucial for it to be translated with this lens. 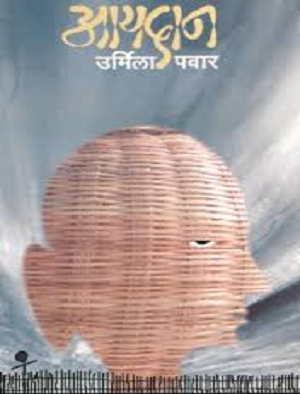 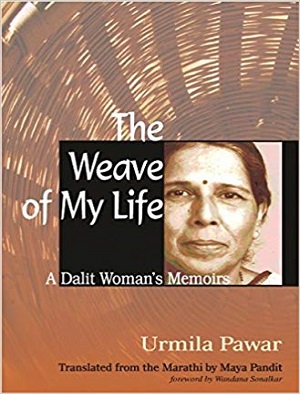 Dalit autobiographies provide a counter history. The Weave Of My Life, written by a Dalit feminist is a voice of self-representation. However when approaching a text like The Weave Of My Life, we cannot apply mainstream theories stemming from a top down approach of caste and academising it. Instead, we must understand the complex social, economic and political ways by which Dalits have been suppressed and marginalised. It is an embodied oppression that controls the very physicality of the Dalit body.

Dalit texts in translation initiate conversations about caste that shake the status quo. When it comes to the canon of literature in English, we look at the politics of what is included and taught in the canon, and whose lives are represented. We also look at whether the canon favours and promotes certain groups of society while marginalising others.

English is the language of power and privilege. Dalit texts being included in the curriculum helps dismantle the upper caste hold over literature and gives legitimacy to the writing. This is the politics of translation as English allows the work to have a wider reach, by being taught in syllabi, but the text is also at the risk of being de-radicalised. However, a good translation allows for the work to break the hegemony of English by bringing narratives that question age-old institutional power and break the single narrative portrayed by upper caste literature. 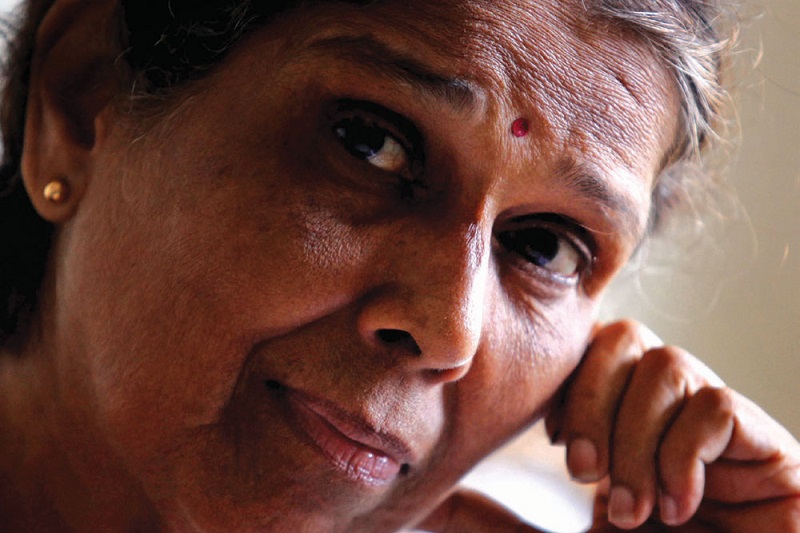 (Image of Urmila Pawar, author of Aaydan via OPEN)

The feminist movement failed to acknowledge that there is no single strand of feminism with common concerns but rather several feminisms that vary according to women’s social realities. The Weave Of My Life speaks of a very different lived reality of Dalit women and thus stands as a crucial feminist text that gives testimony to the systemic violence that the women faced under patriarchy at home, within the community and at the hands of the upper caste. Translating this text into English is a form of intervention, of acquainting oneself with different kinds of feminist concerns. The book challenges the patriarchal hold over women, and is critical of the division of labour between men and women, questioning traditionally-held notions of motherhood.

Women’s narratives also serve to document women’s labour, and the food they ate, which was of very low nutritional value. The translation give us a perspective of the food politics that are prevalent. The Dalit experiences also enter a very different context for urban English readers and the oppression that is inherent in these food practices is not directly apparent to the reader. Pawar narrates how “Rich people stored the flesh of sode, tisrya or mule; poor people stored the water in which these fish were boiled. The stock was boiled till it became thick like a sauce and was then stored in bottle. This was called kaat. When the menfolk went out and women and girls remained at home, they dined only on kaat.” Despite the fact that it was often women who would go out together to collect clams while their husbands sat at home drinking, the women would subsist on kaat and not bother to cook for themselves unless the men were around. When we read translations like The Weave Of My Life, we understand how even food is used as a means to marginalise women not only on the basis of gender but also on caste. 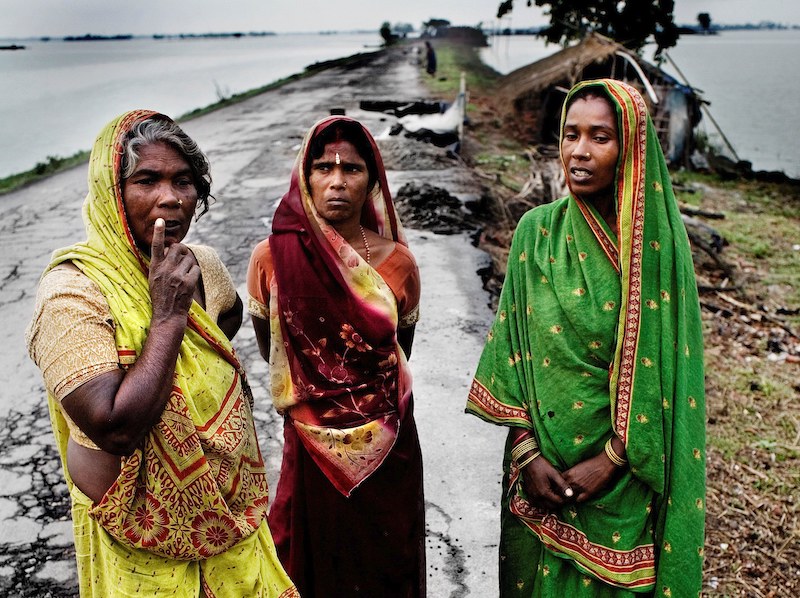 The text is very much a part of the Dalit movement and Dalit feminist politics. Pawar openly speaks about how Dalit women’s concerns were secondary and weren’t addressed in the Dalit movement or the upper class dominated feminist movement. The translated work has an extensive foreword by the translator and an afterword by Sharmila Rege, which help to place the work in its context and to understand the politics of the text. The book also includes a glossary at the start of the names of various familial relations, as the English words aunt and uncle fail to give the nuances of Indian familial relations.

The study of Dalit literature provokes a need to understand other social realties. The language used in these texts is not meant to be aesthetically beautiful. It tells of a bitter reality and is meant to evoke a Dalit consciousness. It talks about the lived reality of the people, of the women cursing, hunger, sexual violence and upper caste oppression- themes that are not usually spoken about in upper caste literature. Thus the translator must find the right register and tone in the target language that is able to convey the politics of the book. The language is meant to shock and assail our senses, to make us uncomfortable. The translation must give the reader the feel of this language- its rawness and its urgency.

In translation, we could run the risk of “domesticating” and normalising key terms that have a complex grounding in a very different cultural context and set of social relations that have no parallel in the language it is translated into. In the original text written in Marathi, the author uses the local dialect of Marathi when narrating incidents of her childhood. There is then a shift to a more standardised Marathi in the later half of the book. This shift in the language cannot be conveyed and is lost in the English translation of the book. In her book, Writing Caste/Writing Gender, Sharmila Rege says, “The testimonies produced in a consciously defined modern sense of what it meant to be a dalit woman, challenge the hegemony of brahminical linguistic practices. One has to guard therefore against stereotypical sanskritisation in translation often in the name of accessibility to the ‘common reader’ the struggle is also to retain as much as possible of the regional and caste specific overtones without rendering dalit cultures as exotic sites.” 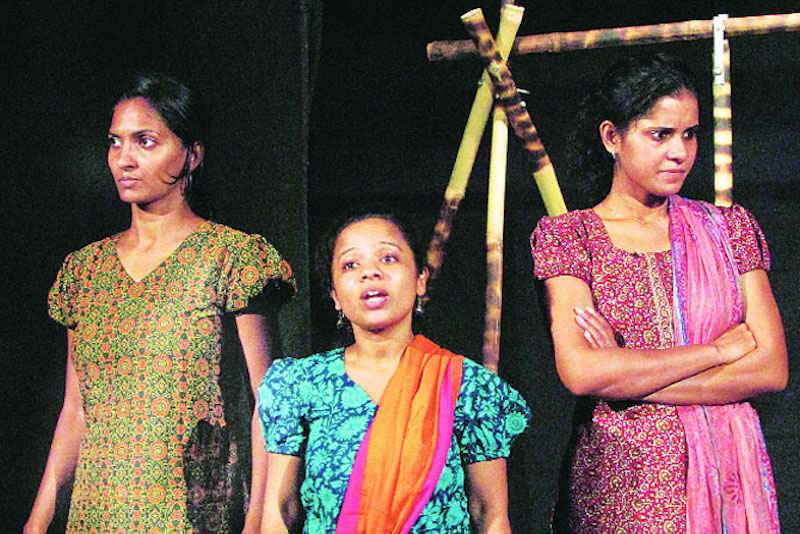 (Still from the play Aaydan. Image via Loksatta)

When translating into a hegemonic language like English, we run the risk of the politics of the text being lost. The language used is one of revolution and revolt. The language talks about and exposes centuries of past oppression. Thus, it’s not meant to be beautiful or provide pleasure but meant to shock one out of one’s complacency. The need to write The Weave Of My Life clearly comes from a political standpoint and must be read in the historical and social space it inhabits. Translation of the text from Marathi to English can be seen as an intervention in ensuring it reaches a larger audience. Maya Pandit’s excellent translation helps bring the reader to a new culture and acquaint them with the concerns and politics of Dalit reality without rendering the text foreign and inaccessible.