The Timelessness Of Ruskin Bond

My tryst with Ruskin Bond’s writing began in school with an excerpt from the short story ‘Time Stops At Shamli’. I remember reading the story in my school textbook and being thrilled when the protagonist, who was travelling to Dehradun via train, got off at Shamli on a whim and explored the nondescript town.

As a child, this simple action seemed like a humungous adventure to me. The story affected me in many ways, and instilled an inexplicable love for small, unknown places in me. Till date, every stop at a small station during a train journey reminds me of the adventurous protagonist, and makes me wonder what I could discover in the town, if only I dared to get off the train.

Despite the huge impact of this story, I didn’t end up reading too many of his books except those that were mandated by my school curriculum, such as The Cherry Tree or The Night Train At Deoli.

It was only during my college years that I began to appreciate the familiarity that Indian writing evoked within me. I discovered the theme-focussed novels of Amitav Ghosh and Rohinton Mistry, and the wonderfully poignant poems of Kamala Das. I also rediscovered several of Bond’s stories during this time. His stories stood out for their lack of artifice, with the characters’ thoughts and ideas being presented with utmost clarity. And so, I began my journey of reading him in my late teens and early twenties, slowly realising the timelessness of his writing and why it appealed to children and adults alike. 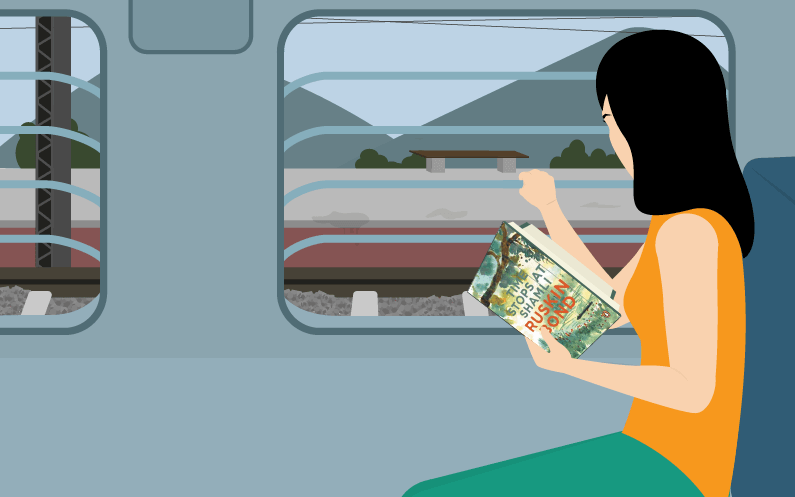 Indulging In The Simple Joys

Bond wrote about what he knew best, and that was nature. His vivid descriptions of nature’s myriad intricacies are based on his observations around his adopted home, Mussoorie. His portrayal of nature, the simplicity of his characters’ actions and their carefree personalities initially drew me to his stories and continue to do so today. Reading his writing felt like a breath of fresh air, particularly after a bout of intense coursework-mandated reading in college.

The Blue Umbrella is a prime example of his nature writing. Set in a village in the Garhwal mountains, it remains my favourite novella till date. In this story, the protagonist Binya’s childish desire of coveting a blue silk umbrella simply because it was pretty is contrasted against that of Ram Bharosa, the village shopkeeper, who coveted it to improve his social status. This juxtaposition gives an insightful glimpse into human wants and desires. Binya’s innocence is reflected in the village, its people and the surrounding mountains while the shopkeeper’s pettiness is evident in his single-minded focus on money that makes him blind to everything else.

Another example of his nature writing can be found in the short story, ‘The Tunnel’. Here, Ranji, a schoolboy, watches the train come through a tunnel near his village, then walks through it, and notices what could be a leopard. He soon strikes up an innocent friendship with Kishan Singh, the tunnel’s watchman, and they spend the night together to try and spot the leopard. More than the element of adventure, the story still remains with me because of its descriptions of the jungle surrounding the tunnel, the leopard itself, the fragrant mango blossoms and the sounds of the barking deer or the fox that could be heard in the dead of the night.

Bond’s writing correlates a closeness to nature with innocence and simplicity. This is evident in his characters like Ranji or Binya who are happy to be mesmerised by the small pleasures that nature has to offer. As I read more of his works, I began to cherish nature and find simple joys in the little things in life. His writing influenced me to adopt a ‘stop and smell the roses’ approach to life that helped me find peace and calm in the fast-paced urban life that we lead. 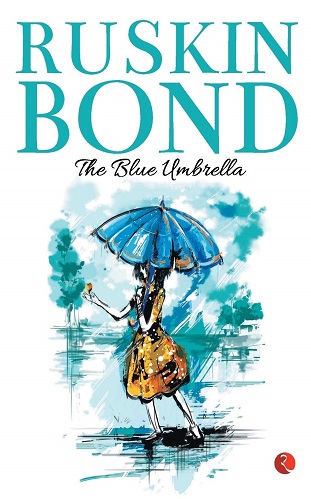 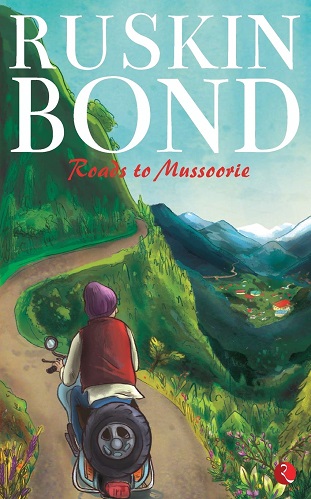 Another reason why Bond appealed to me was due to the autobiographical element present in many of his short stories (‘Life With Father’, ‘My Father’s Last Letter’) and his sketches about Mussoorie in Roads To Mussoorie. While the short stories describe his relationship with his father, Roads To Mussoorie unabashedly speaks of his love for the hills and its people.

Bond’s first novel, The Room On The Roof, also has a strong autobiographical element to it – something I discovered and appreciated only after rereading the book and listening to him speak at a literary festival a few years ago. It only then that I realised that Rusty was a rough extension of Bond himself. Both were of Anglo-Indian descent and had been orphaned at an early age. While Bond had never run away from home, like Rusty, he had lived away from his family from a very young age. Just as Bond was sent to live with his aunt Emily in London where he began writing his first novel, similarly, Rusty also goes to London to try his luck and become a writer in a later novel in the series. And finally, both choose to return to India to be with the country’s warm and cheerful people – something they’d missed while in London.

Even his fictional or semi-autobiographical writing has characters inspired from real life. For example, Indu, the maharani’s daughter, in the novella A Handful of Nuts, is possibly inspired by the real unrequited love of Vu-Phuong, Bond’s love interest in London. The novella also features Bond’s friends who were with him during his early years as a struggling writer in Dehradun. This seamless blending between real life and fiction made his characters more human and relatable to me, and also allowed me to understand their struggles and aspirations on a more personal level.

Finding these parallels between the author’s life and his writing felt akin to solving puzzles while reading his stories. The more I read his work, the more his life unravelled before my eyes and the more I felt that I could understand the author and his stories. 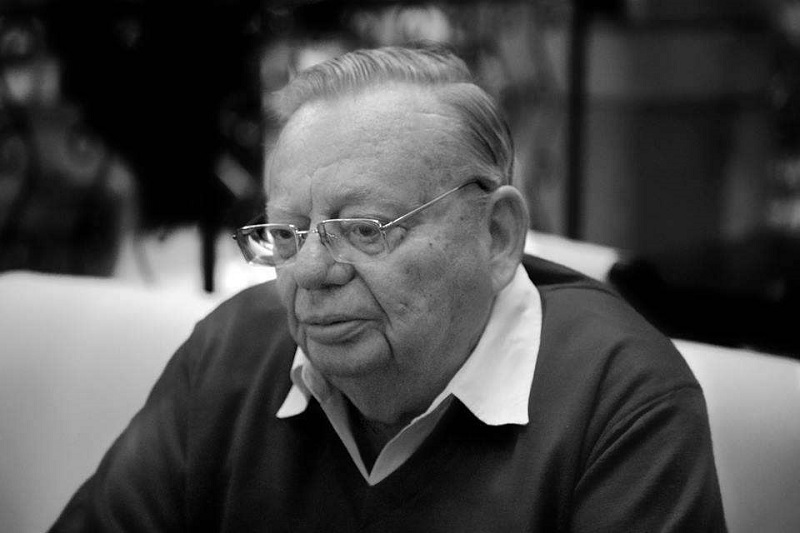 Until recently, I’d always regarded Bond to be an author who wrote for children, on nature and a simpler way of life. This changed when I finally managed to read ‘Time Stops At Shamli’ in its entirety this year. I realised that the excerpt, when read in isolation, could pass off as a children’s story. But the real shocker was when I realised that this wasn’t a children’s story at all. The actual story focussed on the chance meeting between the protagonist and his former lover, Sushila. I guess that explains why only an excerpt was used in my school textbook!

Realising that Bond had written fiction for adults was akin to discovering an entirely different literary world. As I read more of his writing, I realised his versatility as an author, his ability to reach out to different age groups and portray different themes in the same witty and humorous manner.

I even discovered that Bond had an obscenity charge against him for writing The Sensualist! Having always read his lighter, nature-themed novels, the experience of reading The Sensualist was quite different since it is a darker tale of human desire and lust. A gripping read, this was the coming-of-age story of a young man who was driven by his pursuit of sexual pleasure. While I personally did not agree with its typical male gaze notions about the female body, the novella gave me a more mature and nuanced insight into the pitfalls of human excesses as opposed to the clear black and white depiction of the pitfalls of greed shown in The Blue Umbrella. 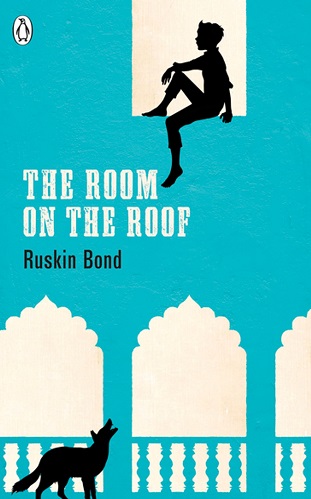 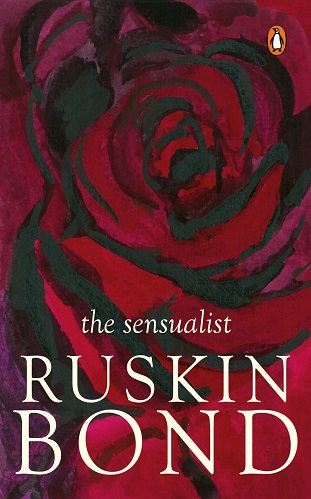 Each reading of Bond’s stories has made me realise that I can always stumble upon undiscovered facets of his writing and connect with them. Even today, the joys of reading his work remain as fresh as during the first read. I can still take a trip down memory lane, feel nostalgic, savour nature and laugh out loud at the wit and understated humour of Bond’s writing. These are the hallmarks of Bond’s writing that will forever remain close to my heart.