Icould write thousands of words on why we, as parents, need to raise readers, but there isn’t anything new to add to the conversation. Instead, in this essay, I choose to focus on a topic close to my heart – why we (Indians) need to raise readers who read Indian books and books in Indian languages. As I write, I am deeply aware of a major handicap I have – I can barely read in any language other than English. This has limited my exposure when it comes to reading, and as a result, limited my exposure to our wonderful and diverse country. I want to make sure my child does not grow up with such a handicap and gets to make the most of everything India has to offer. 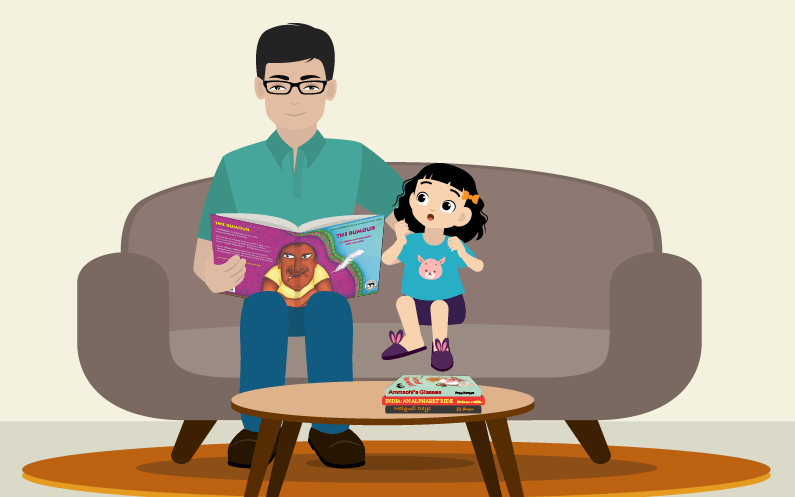 Julia Donaldson Is Great, But So Is Anushka Ravishankar

I came across a wonderful children’s picture book by the ever-brilliant Anushka Ravishankar recently; its title was short, succinct and enticing- The Rumour. As the grouchy protagonist, Pandurang, returns to his village after selling his fruits at a nearby market, he coughs up a feather. Confused by this strange occurrence, he voices his concern to his wife, Gangubai, in the deepest of confidences. Gangubai of course tells her neighbour, Sakhubai, who then goes on to tell her mother-in-law, who tells her brother, and, before you know it, the whole village is ablaze with the gossip that the innocuous Pandurang has an entire forest growing in his mouth, replete with trees, bears, lions and vultures. As my daughter and I read it, we couldn’t stop laughing.

This book perfectly encapsulates why I believe so strongly in reading books authored by Indians, especially if they’re set in India. For those of us living in big metropolises, such as Bombay and Bengaluru, the streets of London and New York seem more familiar to our young children than the villages of India. And that is exactly why it is necessary to read such books to them. While kids can comfortably rattle off names such as Alice, Tim and, of course, the unfortunately ubiquitous Peppa, they often struggle with pronouncing the likes of Pandurang and Gangubai. It is unfortunate but true. Books such as The Rumour, Malgudi Days and Puu lead to a familiarisation of Indian names and settings. The thatched huts, the communal wells that serve as much as a source of water as one for the latest and hottest gossip and the simple meals of roti and sabzi stop feeling so alien and help children connect with how most Indians live.

If one were to ask our parents’ generation what the best thing about growing up in India was, they are likely to say it was the sense of community that they had all around them. Every neighbour was a chacha or kaka, even distant cousins were immediate family, and it didn’t matter where a child’s parents were, there was always someone to look after him or her. Increasingly, we’re seeing an alienation from that kind of life – either by choice or by circumstance. More often than not, books in Indian settings feature living with a large family or within a close-knit community. Be it Ammachi’s Glasses or Mayil Will Not Be Quiet, the protagonists in these stories grow up with people all around them. By reading such books to our children, we help teach them the importance of family, adjusting to another’s needs and dealing with the joys (and pains!) that come with living in a joint family. 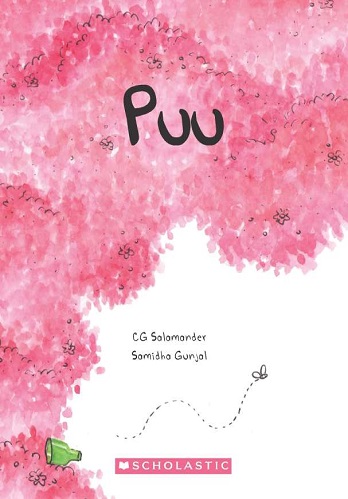 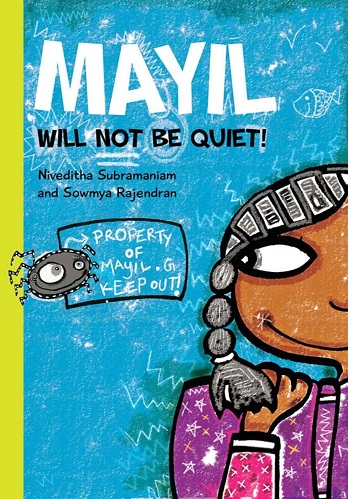 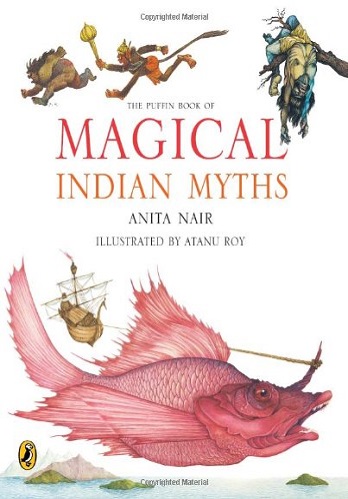 We’re Lucky We Have A Multitude Of Languages

One of the best things about India is the number of languages and cultures that we can call our own. Every state speaks a different language, has their own traditions, festivals and celebrates different events with great amounts of pomp. Any child growing up in India would be lucky to be exposed to such varied and exhilarating experiences. For Bihar, Chhat Puja is sacred, in Gujarat, one can’t escape the infectious glee during Navaratri, and being in Kerala during Onam is an exhilarating experience. Naturally, one can’t travel to all these places during the respective festivals, but what is the next best way to experience them? By reading about them, of course. And imagine reading about it in the voice of a ‘local’, told in his own language; how much more accurate and rewarding would that be than from an outsider’s perspective?

Today, English has become the preferred language for conversation and education. As Indians, many of us feel it is the only way to get ahead. And while there is nothing wrong with English being your first language, why should we, or our children, miss out on the fantastic world of regional literature? When a writer writes of an experience in a language that (s)he is comfortable in, (s)he imbibes the story with a flavour and nuance that no translator can capture accurately. And, by not reading in at least one regional language, our children will miss out on the opportunity to avail of such experiences. 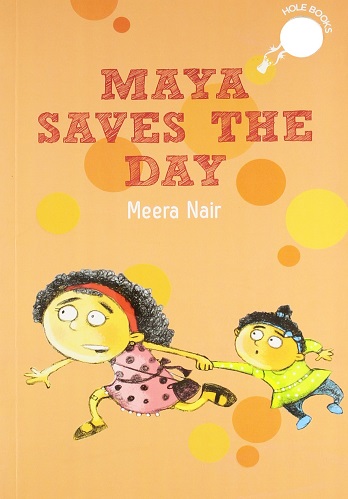 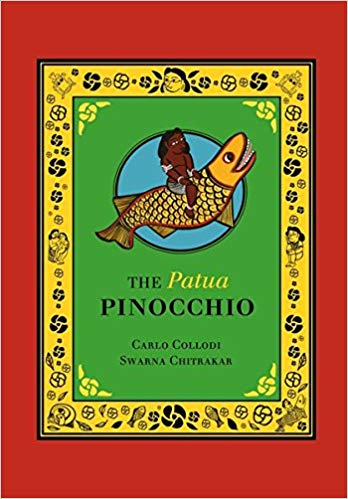 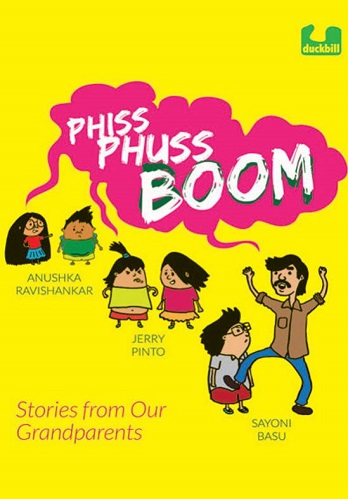 But Where Can I Buy Such Books?

Here’s an unfortunate truth – Indian-authored and regional language books are hard to find. Every Crossword you go to is full of Mo Willems and Oliver Jeffers, displayed front and centre while Indian books are not only few and far in between but also buried deep in the recesses of the shop’s dustiest shelves. However, one independent bookstore, in particular, is really making an effort to promote Indian authors. It is my absolute favourite Kahani Tree, run by the wonderful and knowledgeable Sangeeta Bhansali. One can spend hours there chatting with her or her equally wonderful staff and get some brilliant recommendations from their fantastic collection. India: An Alphabet Ride (which gives the English alphabet an Indian context, for example, H is for the Himalayas, and the page is accompanied by a stunning illustrated map depicting Ladakh, the Siachen Glacier, etc) and The Puffin Book Of Magical Indian Myths (by none other than Anita Nair) are two of the gems that I have picked up from here. Colaba’s Kitab Khana is another good shop to find Indian-authored children’s books, but their collection isn’t quite as extensive.

In New Delhi’s Khan Market, Bahrisons has opened an exclusive bookstore for children’s books and they have a decent collection. I picked up अभी नहीं, a bilingual book about a girl who wants to have fun with her animal friends instead of listening to her mom, from there, and my daughter thoroughly enjoyed it. Another quirky shop is Goa’s Paper Boat Collective which has an eclectic collection of ethnic clothing, accessories and Indian authored books. I discovered the 8 Ways To Draw series here, which teaches children how to draw various animals in styles typical to tribes and communities across India, while educating them about animals that are native to our country (elephants, deer, etc.).

Thankfully, publishers such as Duckbill, Katha, Pratham Books, Tulika, Karadi Tales and Tara Books are focussing on Indian-authored children’s books and/or children’s books that are written in Indian languages, and their books are mostly available online. Tara’s The Patua Pinocchio is a personal favourite, which I find as enjoyable as my daughter. It takes the famous original tale of Pinocchio, gives it an Indian twist, and uses illustrations that are inspired by West Bengal’s Patua scroll tradition. Where else would my daughter be exposed to this lovely art form?

Duckbill publishes books that are relevant for children of all ages – and gives them a much-needed Indian context. From featuring a young intelligent Indian heroine in Maya Saves The Day to Jerry Pinto, Anushka Ravishankar and Sayoni Basu’s hilarious Phiss Phuss Boom where the authors are inspired by their memories of growing up in Goa, Kerala and Bengal, respectively. And Katha’s अपनी अपनी पसंद  and अरे नहीं! फिर नहीं! are delightful Hindi reads that not only have great storytelling but are also well-illustrated and imaginative. We would do well to read these books and make some of them classics for our children in addition to Goodnight Moon, Where The Wild Things Are and The Tiger Who Came To Tea. 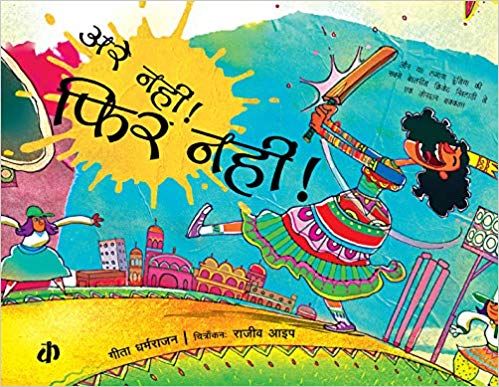 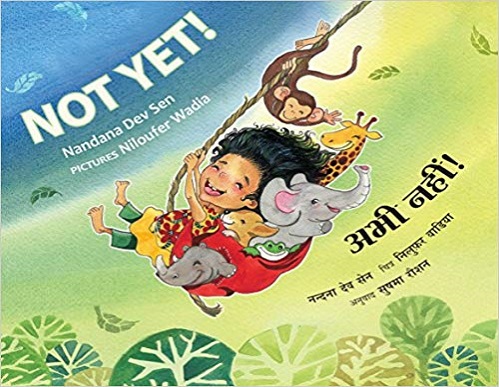 Indian books, Indian authors, Indian languages. We need to read them, we need to make sure our children read them. The world is getting increasingly globalised. And that’s a good thing. But that doesn’t mean we should lose our identity. One of the best ways we can ensure that doesn’t happen is by making sure our children read Indian-authored books, both in English and in regional languages. And we if we make the effort to buy them, more publishers will print them. It is on us as parents. Let’s make sure we don’t fail the next generation. 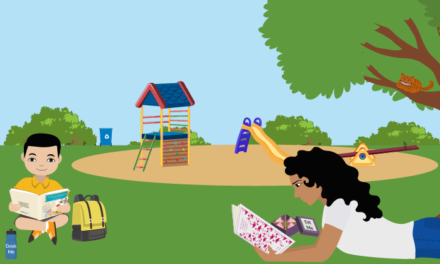 Why Adults Should Also Read Alice’s Adventures In Wonderland

J.R.R. Tolkien: A Way with Worlds 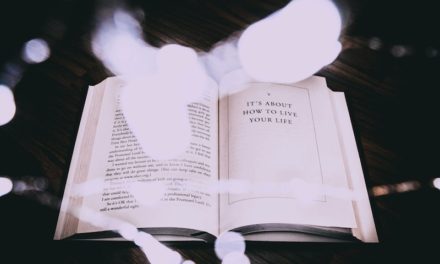 How I Started Reading Again: A Born-Again Bibliophile’s Journey