Writing For Young Adults: What Works, What Doesn’t 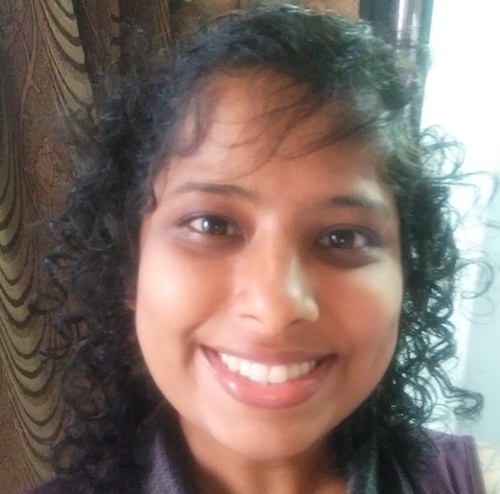 The enthusiastic panellists of this session were Dorothee Elmiger (Swiss novelist and the winner of Swiss Literature Award); Meg Rosoff (author of How I Live Now, and fellow of the Royal Society of Literature); and Ranjit Lal (author of Faces In The Water and winner of Ladli National Media Award). The session was chaired by Bijal Vachharajani (author of So You Want to Know About the Environment).

There is a misconception that young adult fiction is only about vampires and love and hormones; there is far more to it than that. For example, Lal writes about the harsh realities of our times, one which many adults try to shield their kids from. His book, Faces In The Water, is the story of a boy who meets the ghosts of his three sisters who were drowned in the well of his ancestral home, soon after they were born. Similarly, Elmiger wrote an abstract story of two sisters who set out to explore the world, without maps or directions in the quest of finding themselves, and to answer the eternal question, “Who am I?” This works with young adults because of an urgency of seeking the truth that they face at a young age. The answers, Rosoff said, might reveal themselves, just before they die. 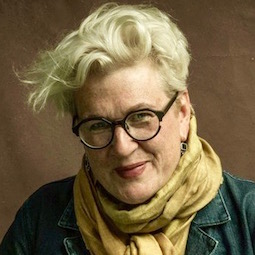 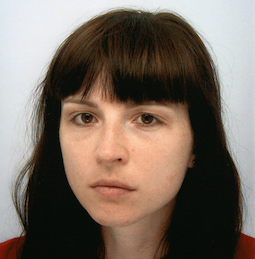 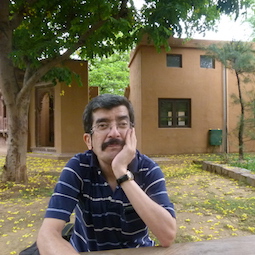 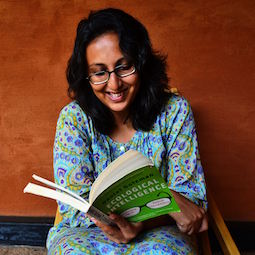 Vachharajani wanted to know how authors write about sensitive topics such as rape or child sexual abuse. Lal narrated his experience when he was told that if he wanted his book to be placed in school libraries, he should replace the character of the biological father sexually abusing his daughter with that of a step-father.

While he did make the changes eventually, a question was left unanswered: Did parents, teachers and guardians object to this scenario or were they simply not comfortable having a conversation with their children about whether or not a father could do this to his daughter?

According to Elmiger, young adults don’t have a problem addressing uncomfortable issues or even accepting that they do not know the answers in these situations; it is the adults who panic. 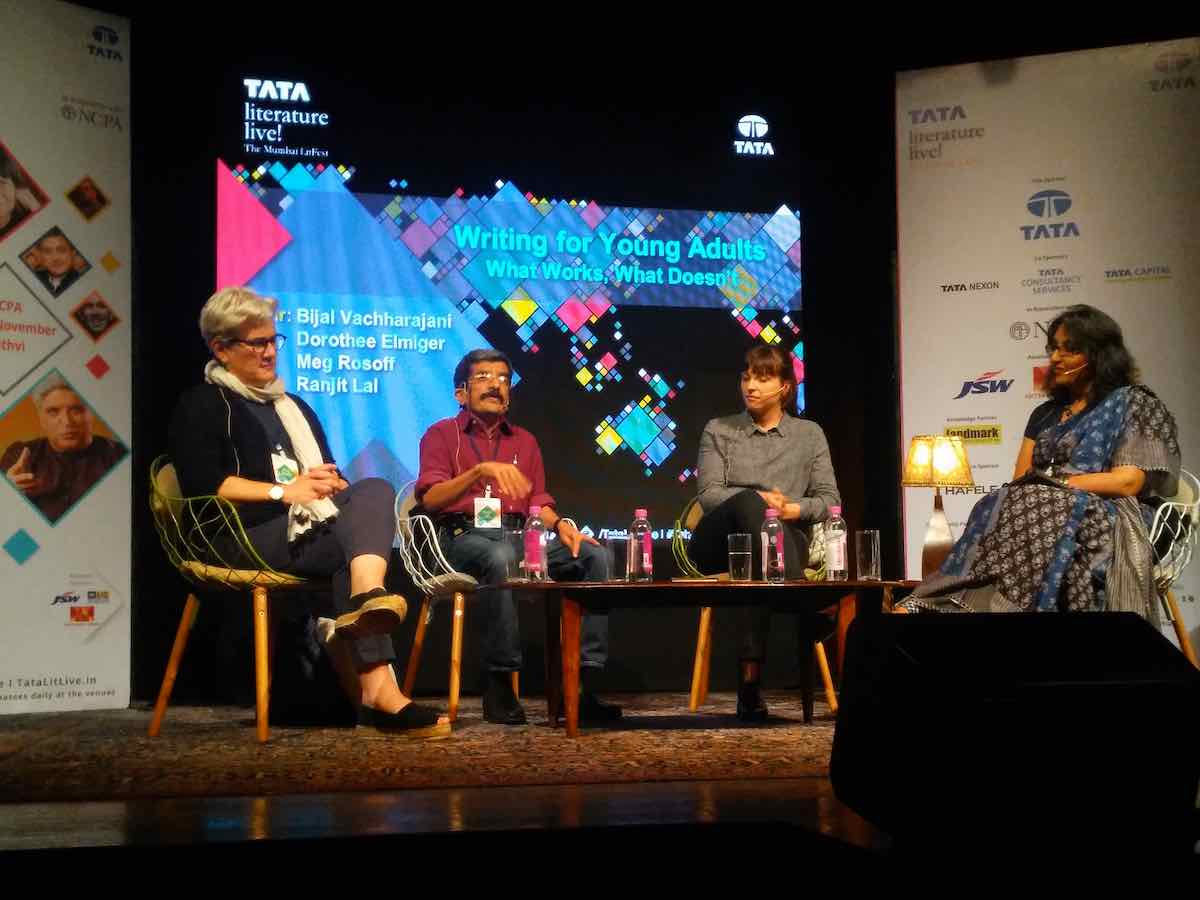 While writing, Rosoff never thinks about her readers or the publishers as she doesn’t subscribe to censoring herself before she has finished writing. She thinks that the books we read when we’re young stick with us for the rest of our lives; those are the books we read over and over. We should write something for young adults that will stay with them forever.

Unlike Lal, who addresses current social issues in India, Rosoff writes without any specific agenda for social reform, and ultimately it is her perception that guides her. 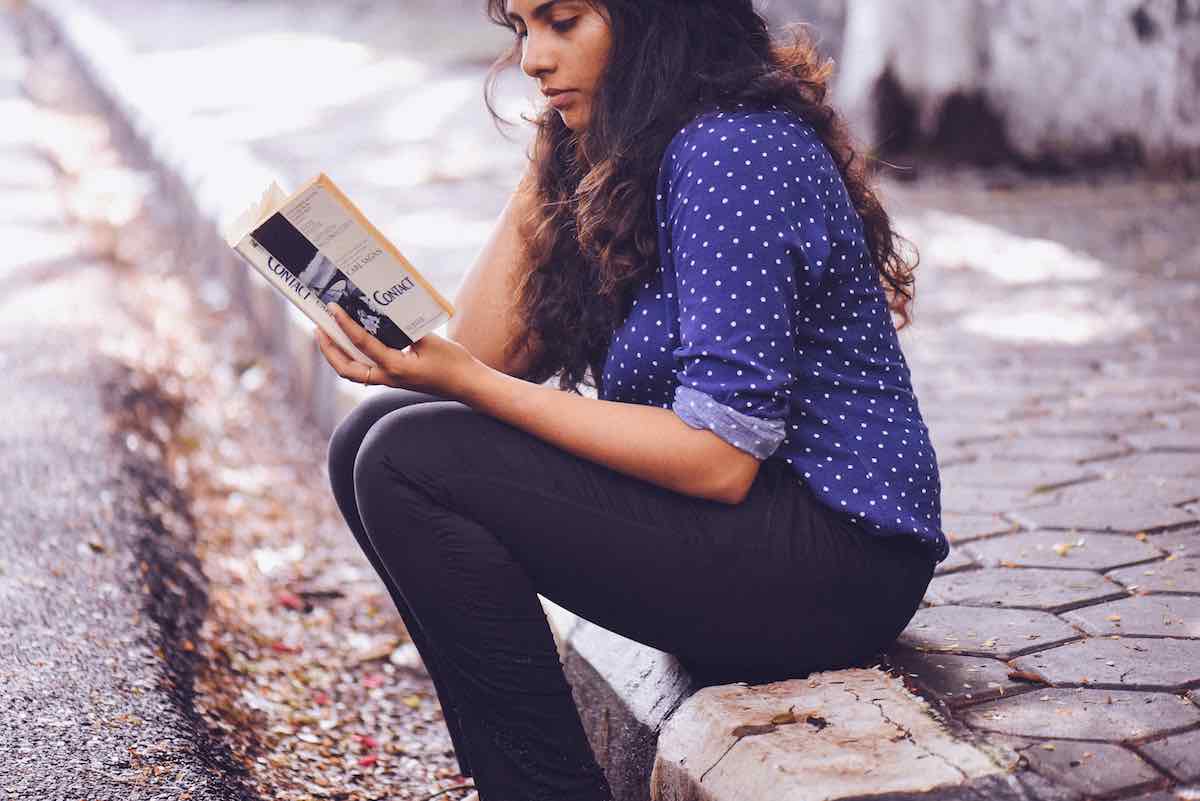 The only thing that doesn’t work, is when we treat children as aliens, as if they are species different from us. “We are those children, who grew up”, says Rosoff. Children are like us and should not be treated differently. All the tactics of categorising books into genres that one sees in bookstores, whether offline or online, are done only to generate more sales.

According to the panellists, if we let young adults explore books and pick up what they feel like reading, we will be surprised by how maturely they respond to the very situations and stories we wanted to ‘protect’ them from.

Can literature be used as a tool to have “uncomfortable” questions with young adults? Should they be allowed to choose what they want to read without any parental supervision? Share with us in the comments below.

Deepti Thomas is a solo traveler and a storyteller at heart. She wonders if there is a Latin version of 'I write therefore I think'. She is often found lost in the passages of either a crime thriller or in the world of Tibetan Energy Medicine with the eternal hope of writing a book she would understand one day.

She works as a freelancer with The Curious Reader and also runs a home bakery for ketogenic desserts. Follow her on Instagram.