If you’ve missed the 2020 edition of the Jaipur Literature Festival, do not be disheartened; there are many more literary festivals to come this year. This list explores 12 of the most anticipated literature festivals, new and old, happening in and around India this year. Set against the backdrop of scenic locations with brilliant writers and thinkers, these fests promise to tease and challenge all your senses. 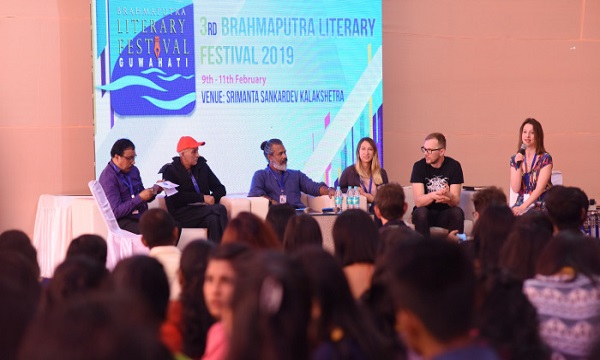 (Image via A Year Of Reading The World)

Besides bringing together national and international writers and thinkers, the Brahmaputra Literary Festival also focusses on giving north-eastern writers and their writing a space and stage for expression. Held in Guwahati, the 2019 edition featured more than 130 writers, like Ann Morgan, Dr Ma Thida, Nyi Pu Lay, Teesta Guha Sarkar and KE Priyamvada, who represented over 25 countries, with more than 35 sessions on various issues from literature to sports, cinema to medicine, etc. 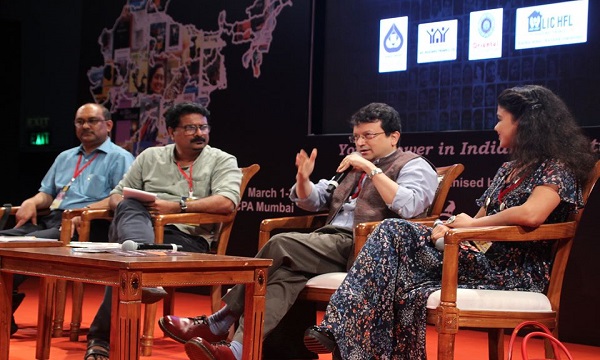 Scheduled to take place in a couple of weeks’ time, the Gateway Litfest is a confluence of regional languages and is the first of its kind in Mumbai. It focusses on giving writers and works of regional languages like Bengali, Kannada, Gujarati, Marathi, Malayalam, Oriya and Tamil a fest of their own, setting it apart from the mainstream English and Hindi literary fests. The 2019 edition, held at the NCPA, was a melting pot of Indian literature, with discussions and works of 60 writers such as Sitanshu Yashaschandra, Bijoy Sankar Barman, Kamal Kumar Tanti and Pratibha Ray in 22 different languages. 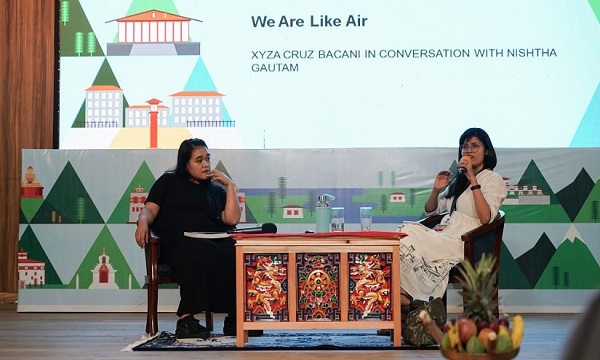 T.B.A. But Usually Held In August 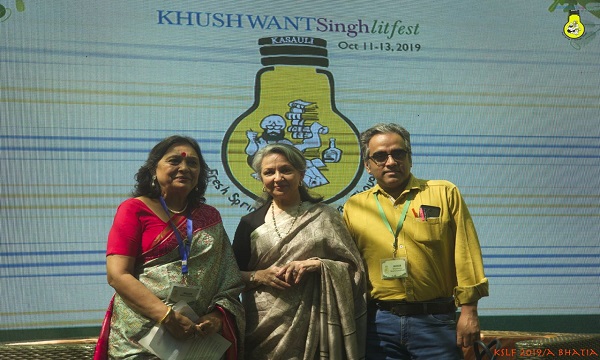 T.B.A. But Usually Held In October

Named after renowned author Khushwant Singh, this lit fest takes place in the idyllic hill station of Kasauli. The fest includes talks by literary stalwarts, short films, debut book launches, debates and discussions, and the venue, Kasauli Club, only adds to the charm of the entire affair. The 2019 speakers included heavyweights such as Sharmila Tagore, Manisha Koirala, Shabana Azmi, Dr B.N. Goswamy, Javed Akhtar and Tavleen Singh. Expect the 2020 dates and schedule to be announced shortly. 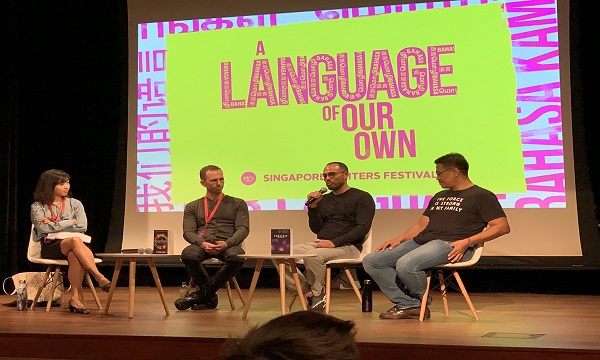 An annual bonanza for bookworms, the Singapore Writers Festival 2019 celebrated the theme ‘A Language of Our Own’ which explored the unique power of languages to hurt and heal, fracture and connect. The 2019 event consisted of a star-studded cast of over 200 international and Singapore authors, including literary greats like Roxane Gay, Marlon James and Pico Iyer. Keep an eye out for tickets and passes to the ticketed events in the 2020 edition of the fest. 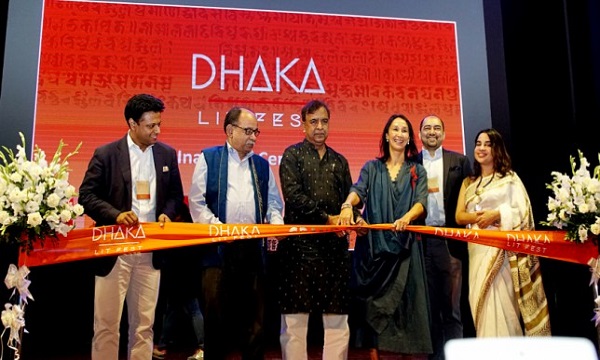 (Image via The Daily Star)

T.B.A. But Usually Held In November

Bangladesh’s home-grown international lit fest has been making waves for a few years now. While the 2020 dates and speakers are still to be announced, the 2019 edition featured award-winning author and Booker prize finalist Monica Ali, iconic author of Bangla literature Sankar, Pulitzer Prize-winning writer Jeffrey Gettleman, historian William Dalrymple, writer Shashi Tharoor and DSC Prize-winning author H.M. Naqvi as part of the speaker line-up. Among the 90+ sessions, the screening of Hasina: A Daughter’s Tale and an appearance by Mani Sankar Mukherjee on the closing day of the fest were some of the special highlights. The fest provides a platform to celebrate the principles on which Bangladesh was formed on, such as secularism, pluralism, democracy, and freedom of thought and speech. 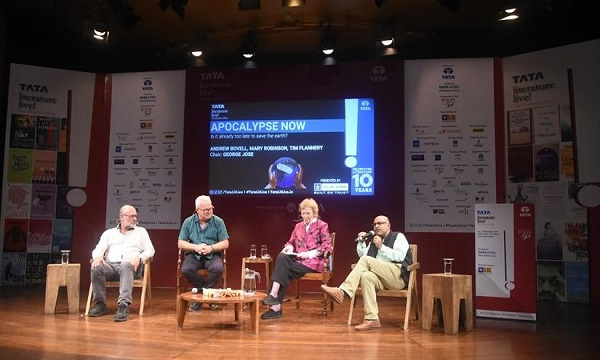 T.B.A. But Usually Held In November

Tata Literature Live! is Mumbai’s premier lit fest and attracts all the literati of India’s financial capital. Spread over four days and three locations in the city in 2019, the fest featured heavy hitters like Shashi Tharoor, William Dalrymple, A. C. Grayling, Jerry Pinto, Devinder Sharma, Shubha Mudgal and Harish Bhat. Along with stimulating discussions, book readings, musical and theatre performances, it also included competitions for young writers and prizes for the best works of literature across all genres. 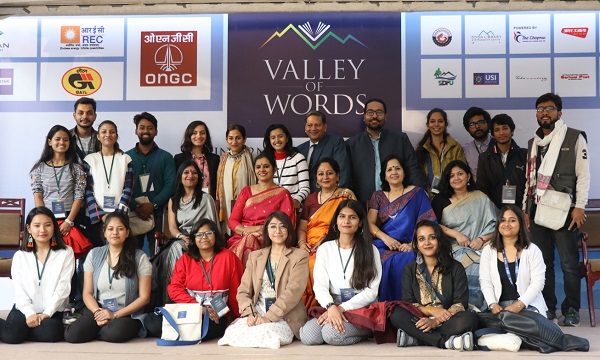 Valley Of Words is a literature and arts festival based in the beautiful and quaint valley of Dehra in Uttarakhand. It brings together the best writers, critics and listeners from the worlds of fiction, non-fiction and poetry in a three-day celebration of literature. Speakers at the 2019 edition included the likes of Keki N. Daruwalla, Dr Easterine Kire, Avalok Langer, Anjum Hasan and Raghav Chandra. Hurry and sign up as registrations for the 2020 edition have already begun! 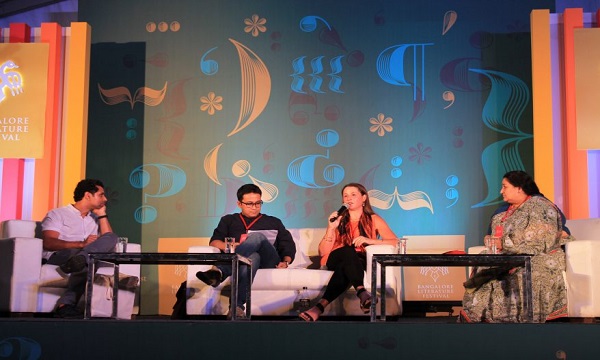 The Bangalore Literature Festival celebrates the creative spirit of the city and commemorates the literary diversity it offers whilst bringing together some of the biggest names in literature on one platform. The two-day event in November 2019 featured a host of distinguished speakers, authors and artists like National Award-winning actor Pankaj Kapur, author Vikram Sampath, writer and columnist Devdutt Pattanaik, author Jerry Pinto, actress Lisa Ray, historian William Dalrymple, and actress Supriya Pathak, among many others. 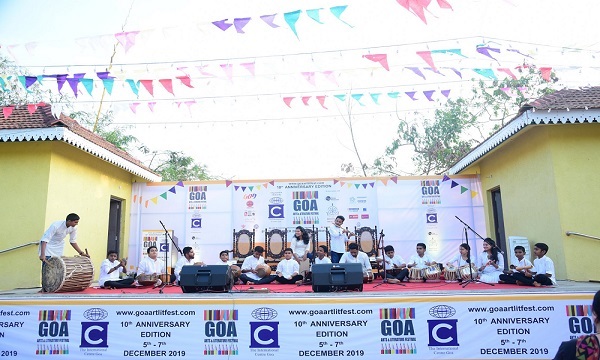 The Goa Arts and Literature Festival (GALF) has emerged as one of the premier literary and cultural showcases in India that provides a space for expression for those on the margins of society and gives emphasis to writers and artists from Goa, the North-East and Kashmir, as well as from neighbouring countries like Pakistan, Nepal and Bangladesh. The festival caters to themes like Dalit writing, poetry, graphic novels, and translations, with a central theme every year. It has also hosted exclusive launches of books by famous authors like Priyamvada Gopal, Amruta Patil, Keshava Guha and Ivo de Figueiredo. 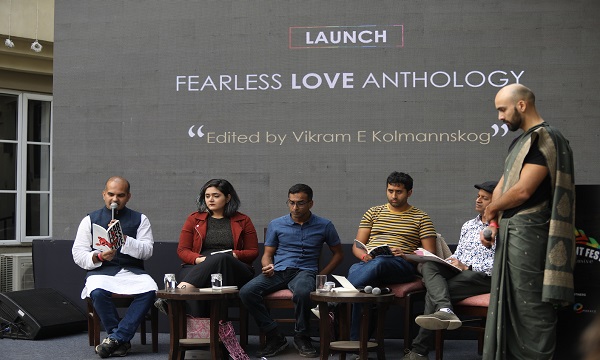 The very unique Rainbow Lit Fest aims to achieve inclusivity through literature, and is an absolute must-visit if you’re in Delhi in December. The 2019 edition of this fest saw the likes of speakers such as authors Nandita Das and Devdutt Pattanaik; human rights activist and the founder of Naz Foundation Anjali Gopalan; medieval historian, gay rights activist and translator Saleem Kidwai; and filmmaker Onir. It provided a platform for diverse narratives expressed through forms such as poetry, prose, dance, art, talks, music, films, dance, and discussions that sit at the intersections of the alternative and mainstream in three different languages, namely, English, Hindi and Urdu. The fest also saw the launch of several books by LGBTQ+ authors. 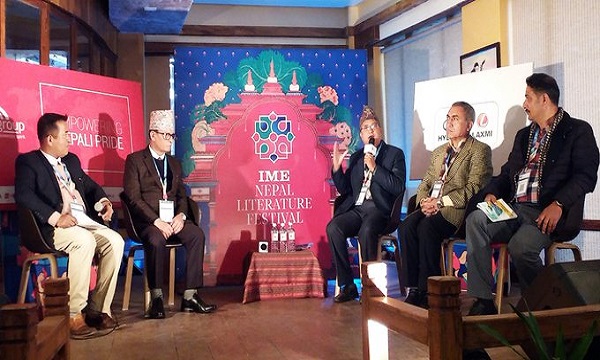 The IME Nepal Literature Festival is the only international literary festival in Nepal to run for 8 consecutive editions. Besides being a playground for the writers and thinkers from the country, it also aims to provide a neutral space in the South Asian region for discussions on pertinent issues the region faces. The 2019 edition was organised on the scenic lakeside of Pokhara’s Fewa Lake from December 13 to December 16, and featured Indian MP and writer Shashi Tharoor, poet and screenwriter Javed Akhtar and actress Shabana Azmi. The main highlight of the festival was the announcement of the winner of the most prestigious award given to South Asian literary works – the DSC Prize for South Asian Literature.