Why We Lie About Reading Certain Books

“There are two motives for reading a book; one, that you enjoy it; the other, that you can boast about it.”

Have you read 1984? Are you absolutely sure you have? Now take a deep breath, remember that you’re not being put on trial, and answer the question again, truthfully this time. If you lied the first time, welcome to the club. You’re not alone in this. My personal low is claiming to have read Emma, and getting immediately caught in my lie. A lot of people lie about having read certain books, like War And Peace, 1984, Moby Dick, Odyssey and Alice’s Adventures In Wonderland (which, surprisingly, is at the top of several lists of books that people falsely claim to have read).

In our bid to adapt to the competitive world, where books are used as an intellectual currency, we lie about having read certain books and, sometimes, even get away with lying, but have we once stopped and asked ourselves why? Why do we lie about reading certain books, especially if we claim to be book lovers? Isn’t it time to actually do something about it? 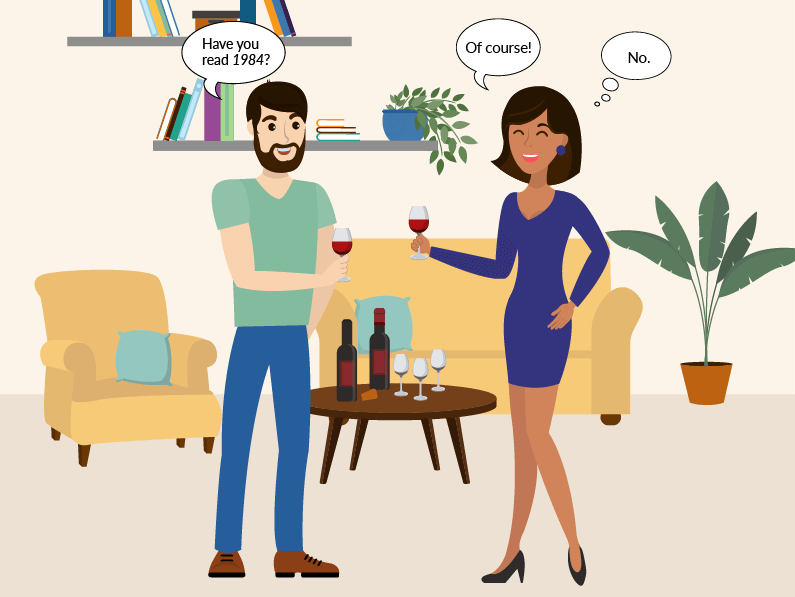 Why We Lie About Reading Books

Compared to the other lies we tell, lying about having read certain books seems trivial. One of the most common reasons people lie is because they ‘want to appear intellectual, well-read and cultural’. According to some surveys, people claim to have read certain classics like The Catcher In The Rye or Great Expectations, which help them appear more intelligent. To fit in, we often admit that we have read a particular book, just because everyone else is talking about it.

Today, it’s easy to feign knowledge about a book because we can get away with reading its summary. Where the book has been adapted for the screen, instead of going through the effort of reading the book, we can simply watch the movie or TV series. Even a simple Google search gives us enough information about the book, so why would people read the book?

Books like Pride And Prejudice and 1984 have an almost cult-like following, and to avoid the gasps of horror from their die-hard fans, we fake having read them. Author Shalom Auslander says that books like Infinite Jest or James Joyce’s Finnegans Wake are almost never read, but because of their stature as great works, everyone agrees on how good they are, even if they haven’t read the book itself. We pretend not to only to read certain books but also to love them.

Some people, like me, see other people checking off books on their TBR list, and then pretend to do the same. There might be others, who lie about reading a book simply because they are too lazy to actually put in the effort to do so. Lying about reading certain books doesn’t seem like such a dangerous habit, but that’s where we are wrong. We should question ourselves- in the long run, what are we gaining by lying about reading books? 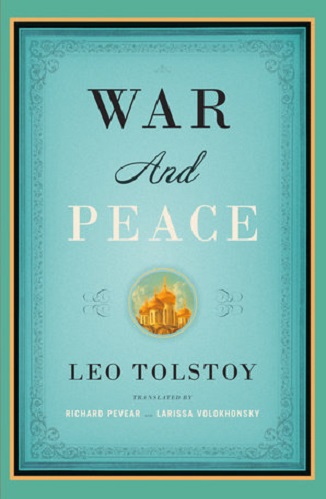 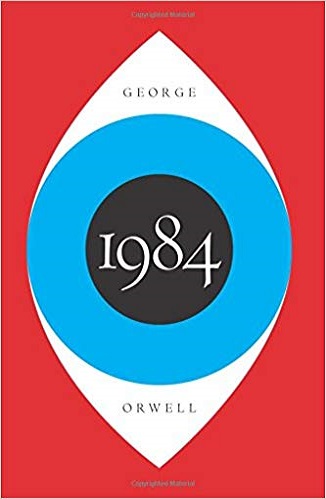 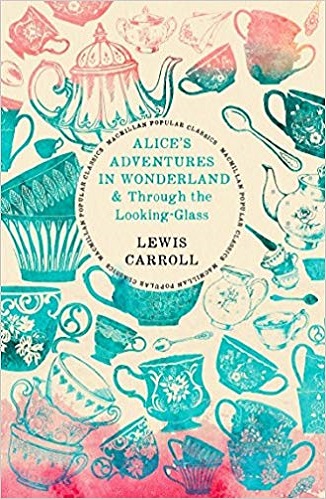 The Problem With Lying About Reading Books

When we lie, there is always a fear nagging at the back of our minds, that someday, someone will catch us in the lie, which certainly isn’t good for our blood pressure. And what of the shame once someone has discovered our lie? Instead of coming across as intelligent and well-read, we actually come across as pretenders.

More importantly, what does it add to our lives? Books are an abundant source of knowledge. By lying about reading books, we remain ignorant,  with only a guilty conscience to keep us company. Pretty soon, we start living the lie, and hoard books, or post pictures of them for the sake of it, without really benefitting from them.

When we read, we understand the world a little better, we get to know how an author perceives the universe and its inhabitants, and we are exposed to a variety of opinions, which open our eyes to new possibilities. On the other hand, when we falsely claim to read a book, we lose all of this. We miss out on travelling to different worlds. We don’t fall in love with the characters we read about. We simply fail to use the plethora of knowledge that books make available to us. 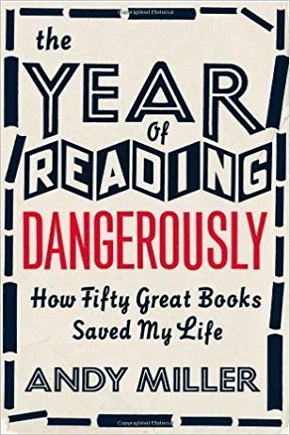 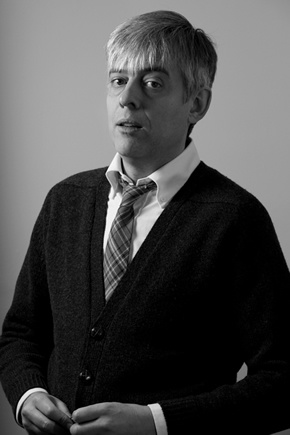 What Happens When We Stop Lying

While some of us are quite satisfied living a lie, others like author Andy Miller, decide to do something about it. Miller was one of us, pretending to have read some books, but actually putting off reading them. When a friend of Miller’s makes him realise that he wasn’t gaining anything by pretending, a chagrined Miller set out to rectify his mistake. The Year Of Reading Dangerously is his memoir, his journey of reading 50 books, and the way they changed his life. Miller learns a lot about life and literature during his journey of “betterment”. He said that the “books became the focus of a need to do something. They were a reproach – wasted money, squandered time, muddled priorities”. In short, reading opened his eyes to a need to do something instead of wasting his time. He went through Middlemarch, Don Quixote, War And Peace, The Dice Man, Crime And Punishment and Atomised, amongst other books. In doing so, he revived his love of reading and even admitted that it was vital in convincing him that he needed to quit his job to become a writer.

If Andy Miller’s challenge to himself to read books he had managed to avoid can have such a profound and positive effect on his life, what will happen if we go on a similar quest?

In the case of yours truly, after being prodded by my friend to read Ayn Rand’s The Fountainhead, I lied that I had read it just to get him off my case. When, at last, I gave in and read the book, I found my entire mindset changed and understood just why my friend was so insistent on the book. If I had not read it, my life would not have changed for the better.

Imagine the possibilities. You could become more knowledgeable. You could even begin to count yourself among the snobs who, with their upturned noses, judge people who haven’t read a well-received book yet. You are more likely to be truthful in our opinions on books when asked, and not have to rely on others’ perceptions. When you stop lying, it frees your mind from the burden of guilt and gives it space to store new information (which hopefully, is gained by reading more books).

So now that we have established that it is time to stop lying and actually start reading, how do we go about it? 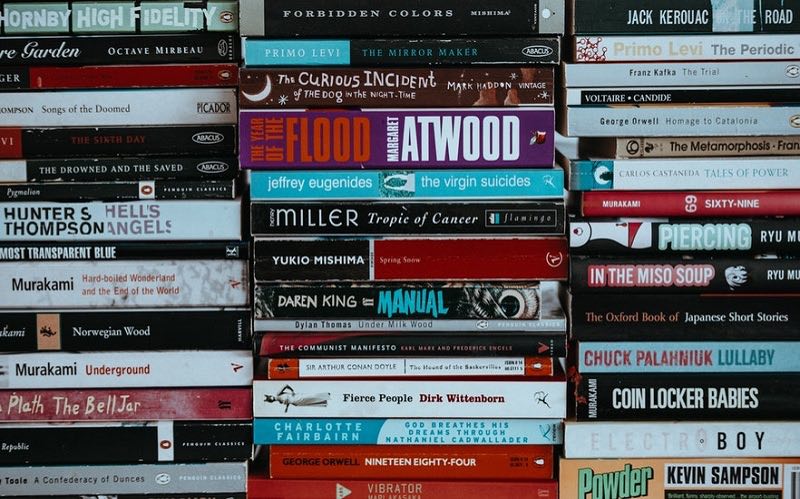 What To Do Next

It’s time to suck it up, stop procrastinating, and start reading books you have put off for too long. Admitting that you have lied is a step in the right direction, but you should not stop there.

Here’s what you could do instead:

There, is that so hard?

Well, it is kind of difficult, but with perseverance comes victory, eh? Besides, once you get into it and start reaping the benefits, you’ll find yourself more invested in the process and it will become easier.

Owning up to our mistakes and reading books is great, but we should also strive to never bow down to peer pressure or even give in to our laziness and falsely claim to have read books. Books have saved lives (mine and Miller’s, for sure) and, if you give these books a chance, I guarantee you that they will certainly save yours.