A cult classic, The Hitchhiker’s Guide To The Galaxy follows the adventures of Arthur Dent, who was forced to watch the destruction of his home planet Earth, and taken on galactic adventures with aliens. This satirical sci-fi turned Douglas Adams into a household name, helping him reign over book lovers all across the world. The books’ blend of science fiction, humour and absurdity has won over millions, but what does one do after completing this five-part trilogy? The only logical course is to read similar books, and that is where we can help. If The Hitchhiker’s Guide To The Galaxy is your favourite read, then these books with similar themes will keep you entertained for a long time. 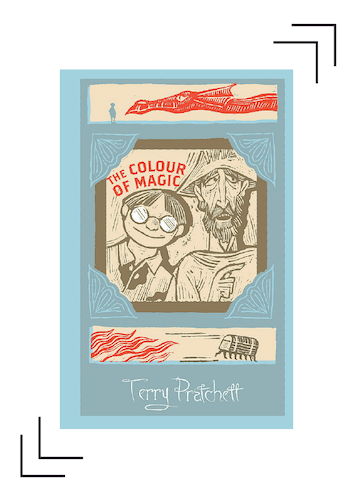 The Colour Of Magic

Terry Pratchett’s fantastical journey begins in the infamous Discworld that is carried on the back of a giant turtle. In this stupendous start to the series, rich, bored, and naïve tourist Twoflower decides to explore Ankh-Morpork, the most prominent city in Discworld. The cynical and inept wizard Rincewind is hired to guide and protect Twoflower so that the latter’s hometown doesn’t wage a war if something happens to him. Together, they get into mishaps and trouble with pirates, dragonriders and a whole bunch of people who will stop at nothing to claim Twoflower’s wealth for their own. The Colour Of Magic shows us a complex world with complex characters navigating the treacherous universe and experiencing its myriad adventures. Now, what does that remind us of? The Hitchhiker’s Guide, of course! 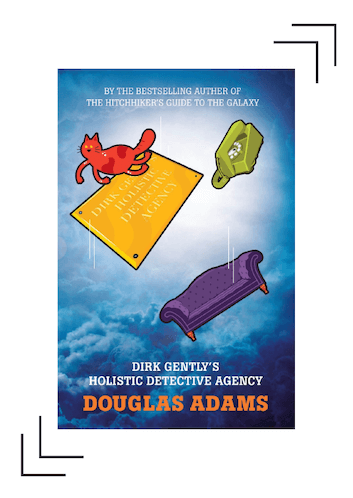 Dirk Gently, self-appointed private detective, believes in ‘the fundamental interconnectedness of all things’. As the world’s first holistic detective, he gets interested in the murder mystery of his friend’s employer, where he takes the help of an equally mysterious professor, eats a lot of pizza, and saves the world along the way. When he finds out that a million-years-old guilty ghost wants to go back in time and correct his mistakes, it’s up to the detective to save Earth by preventing the ghost from succeeding. Using the same humour and sarcasm that made The Hitchhiker’s Guide memorable, Douglas Adams manages to weave the same magic in Dirk Gently. 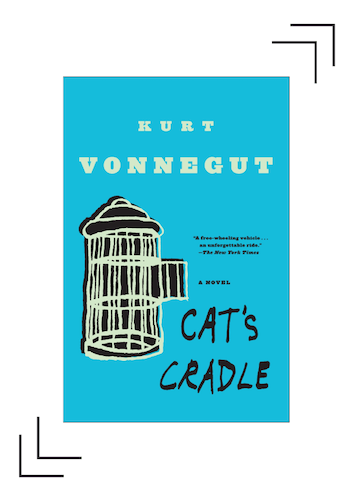 John travels to the home of one of the fathers of the nuclear bomb, while researching what Americans were doing on the day the bomb was dropped on Hiroshima, for his book ‘The Day The World Ended’. There, he discovers that the deceased scientist had created ‘ice-nine’, which has the power to freeze all the water on Earth, make the planet uninhabitable, and kill everything. He had distributed it among his three children, all of whom had used it for their own benefit. When John reaches an island in search of the scientist’s fugitive son, he gets the adventure of his lifetime when ‘ice-nine’ is accidently spilled, causing great havoc. Kurt Vonnegut is known for his satirical commentary on society, something that is reflected in The Hitchhiker’s Guide, where Douglas Adams ‘uses humorous narrations and making jokes on social problems and morality’, which makes Cat’s Cradle a fun and interesting read. 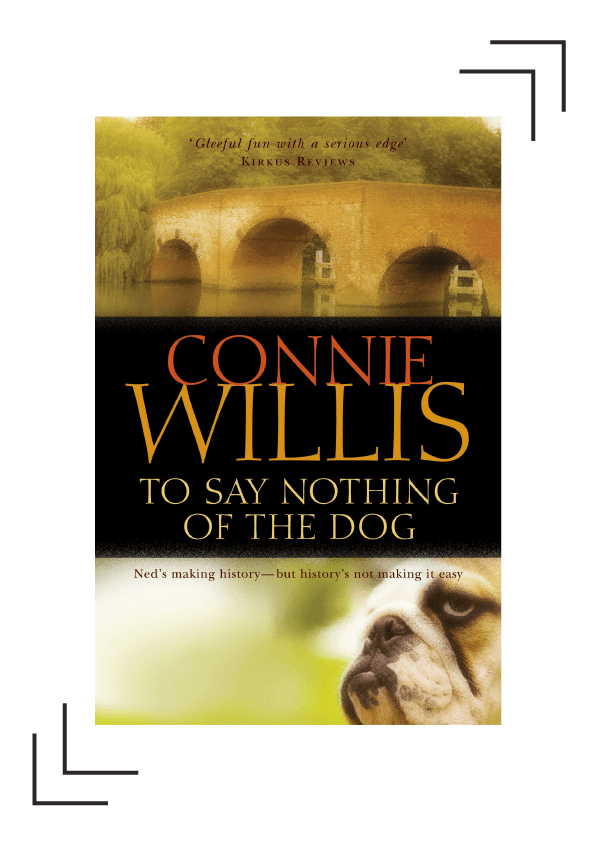 To Say Nothing Of The Dog, Or How We Found The Bishop’s Bird Stump At Last

Wealthy Lady Schrapnell has employed the historians from Oxford’s history department to research and rebuild the Coventry Cathedral that had been bombed by the Nazis during World War II. Time traveller Ned Henry is one of the researchers, but his frequent time jumps from 1940 to the 21st century has left him tired. So, he initiates a trip to Victorian England thinking it to be the perfect remedy to soothe himself. But when another time traveller messes up and brings a relic from the past into the future, it is up to Henry to restore the timelines back to their original position, or else the universe might unravel. A comical time travel with the perfect blend of sci-fi, this book is the perfect read if you are looking for books like The Hitchhiker’s Guide. 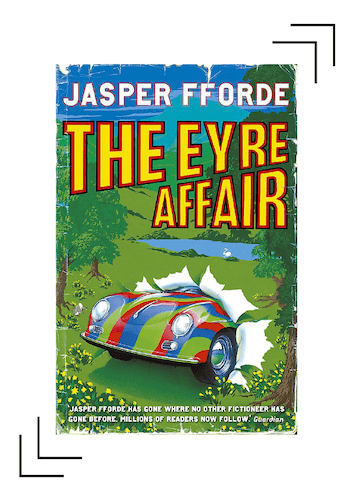 In 1985 Great Britain, time travel is normal, cloning is finally real, and there is an entire department dedicated to literary crimes, which include finding out who really wrote Shakespeare’s plays and managing the riots between Surrealists and Impressionists. Thursday Next is an officer who is deployed to capture the infamous villain Acheron Had, who has stolen Jane Eyre from the eponymous novel. To do this, Next has to go into the novel, which is its own kind of adventure, with Mr. Rochester and Miss Fairfax crossing his way. Just like The Hitchhiker’s Guide makes extraordinary situations seem completely normal and funny in a deadpan manner, so does The Eyre Affair. 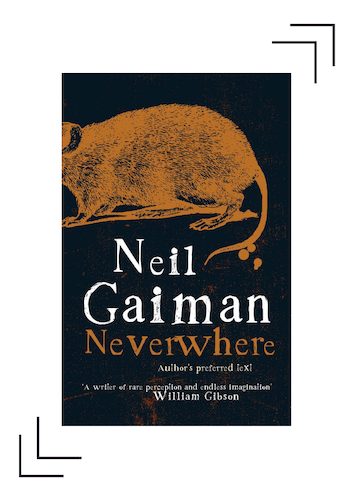 When Richard Mayhew saves the life of a bleeding girl, his act of kindness catapults him into a world beyond his wildest imagination that is located just under the streets of London. This world, the girl (Door’s) world, consists of angels, Earls and Beasts unimaginable. Richard finds out that Door is on a quest to find her family’s murderers, and to save the underground kingdom, and that his only chance to return to the normal world is by joining Door in her pursuit. Neil Gaiman and Douglas Adams are both masters at accurately portraying any normal person’s reaction to an extraordinary event, and Neverwhere and The Hitchhiker’s Guide are proof of the same. In addition, the books are novelisations of a TV series and radio drama, respectively. 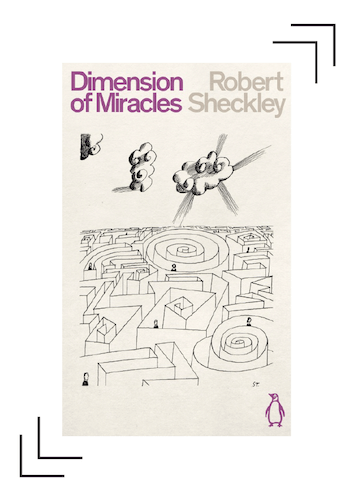 Thomas Carmody has won the intergalactic lottery, which he doesn’t remember entering. Even so, he has to travel to the Galactic central to receive his prize. But what awaits him at Galactic central is the adventure of a lifetime, since he has to find his own way back to Earth. On his way back, he bumps into a creature hell-bent on killing him, some not-so-competent aliens, and parallel worlds. Even Douglas Adams was perplexed when he found out that this book, eerily similar to his own, had been published almost a decade before The Hitchhiker’s Guide, and is a must-read if you are a fan of Adams’ trilogy. 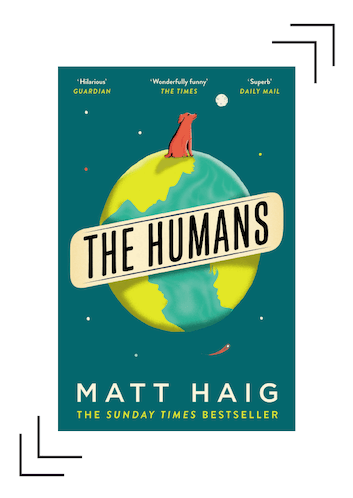 While The Hitchhiker’s Guide is the story of a human who gets catapulted into space, The Humans is its exact opposite. An alien arrives on Earth, takes the form of a professor, and strives to understand humanity and its different shades. But as he slowly begins seeing the joy in humanity, their friendships and familiar connections, he begins to have doubts about the mysterious mission he was sent on. Just like The Hitchhiker’s Guide relies on humour to understand the depths of humanity and their various intricacies, The Humans’ take on life is very similar to Douglas Adams’ creation. 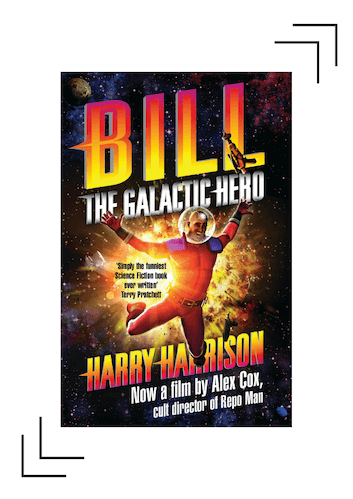 Bill just wants to be a normal technical fertiliser officer, but when he is drugged and forced to join the Empire Space Corps, his only option is to ensure that he stays as far away from danger as possible. Unfortunately, all he ever gets into is trouble, but somehow always manages to emerge victorious, thereby winning bravery awards. A satire based on a person’s mishaps, similar to those of Arthur Dent, makes this book a worthwhile read.