Good war novels can keep you at the edge of your seat. They often have grand war sequences, feature a spy, traitor or double-crosser, contain a (usually tragic) love story, and definitely tug on your emotions as you desperately root for the survival of a favourite character. The following is a list of ten war novels that are sure to take you on a thrilling ride through World War I or World War II. Expect to come across some nerve-chilling stories from the Holocaust and some exhilarating artillery action. Relive the wars through these books. 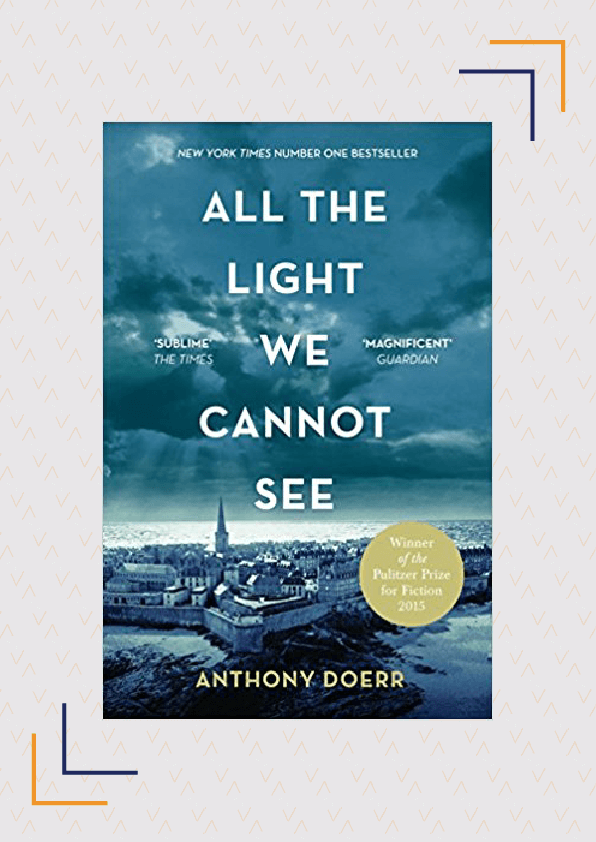 All The Light We Cannot See

All The Light We Cannot See is a beautifully written historical fiction by Anthony Doerr. It is the story of a blind French girl, Marie-Laure LeBlanc, and an orphaned German boy, Werner Pfennig. The story begins in Germany-occupied France during World War II and tells of a magnificent blue diamond coveted by the Nazis. In an attempt to protect the diamond from them, the museum which owns it makes three copies and assigns four people to protect them and the original, with even the protectors not knowing which one is the original. One of the stones is hidden in an intricate puzzle box, and protected by LeBlanc and Pfennig. Traversing across countries and time, All The Light We Cannot See is written beautifully and it is no wonder it won Doerr the much-coveted Pulitzer prize. Though it’s not filled with heavy military action, it’s attention to detail, lyrical prose and the innovative plotline is likely to be a delight for any reader. 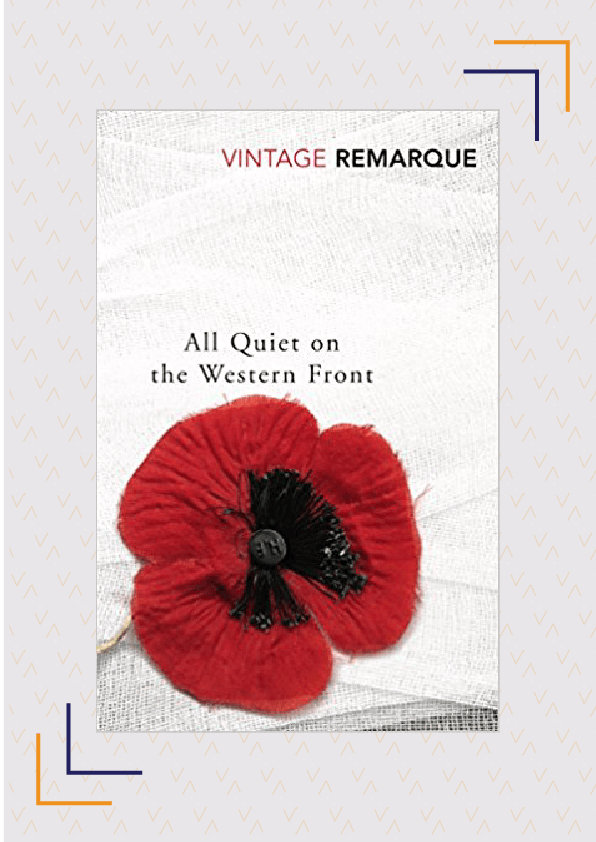 All Quiet on the Western Front

If you want to understand the harsh realities of being a German soldier during World War I, then read All Quiet On the Western Front. The book, written by Erich Maria Remarque, is a heart-breaking, yet bone-chilling account of a German soldier, Paul Bäumer. The story starts when his teacher urges him to join the German army at the beginning of ‘the great war’. As his fellow cadets and he embark on the journey of becoming soldiers, they become aware of the difficulty and unpleasantness of life in the trenches. Baumer’s experiences as a soldier haunt him to his dying day. The excellent narrations and vivid descriptions of war make for a thrilling ride. 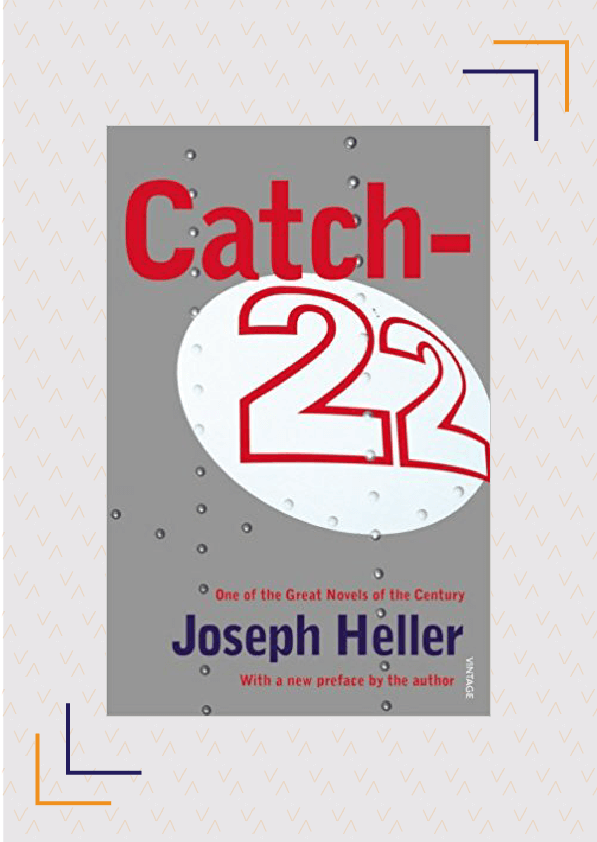 While Catch-22 is a ‘war novel’, the term itself has come to mean ‘a paradoxical situation’ due to the tremendous success and huge cultural impact of the novel. While most war stories are tragic or violent, Joseph Heller’s Catch-22 stands out as a satirical black comedy. The story, set between 1942 and 1944 (during World War II), is about Captain John Yossarian’s experiences as a U.S. Army Air Forces B-25 bombardier. The novel is considered controversial as it uses extremely dark humour to describe the brutal and horrifying incidents that take place during any war. 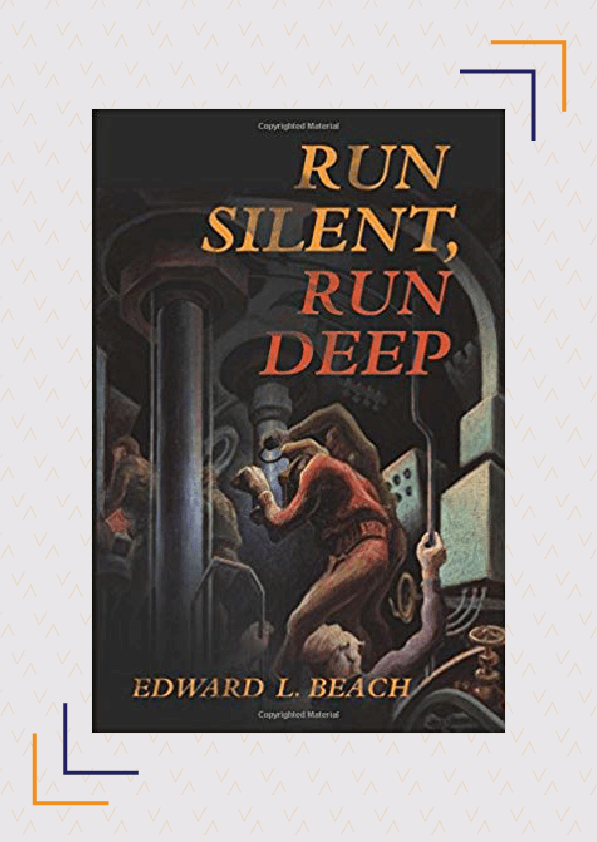 The Japanese attack on Pearl Harbor was a defining moment of World War II and it was the catalyst the U.S. needed to enter the war. Run Silent, Run Deep is written by Commander Edward L. Beach Jr who served in the U.S. Navy in the 1950s. The story begins with the protagonists finding out about the attack on Pearl Harbor and then moves on to the American Navy’s retaliation. The book is replete with submarine battles and references to events which took place during the attack on Pearl Harbor. The plot is action-packed and the book is superbly written. What makes Run Silent, Run Deep so realistic is Beach’s experience as a real-life commander on submarines. 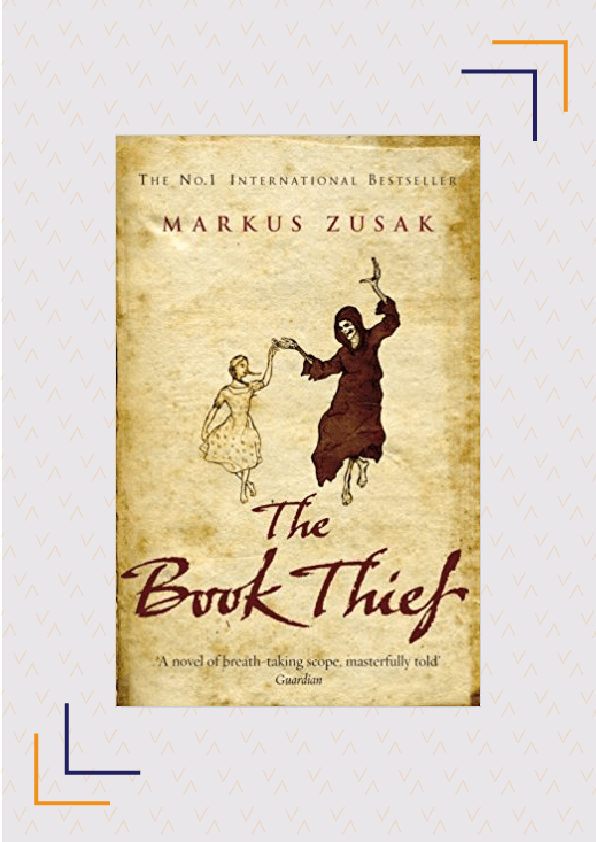 The Book Thief will appeal to all bibliophiles, whether or not you gravitate towards war novels. It’s about a young German girl named Liesel, taken in by foster parents during World War IIHer foster father teaches her to read and write around the same time, he takes in a young Jew and protects him from the Nazis. As Liesel begins to grasp the true nature of the atrocities inflicted on Jews, she also begins to understand the power of words and starts stealing books that the Nazis are out to destroy and burn. Although, technically a young adult novel, The Book Thief is a must-read for all. 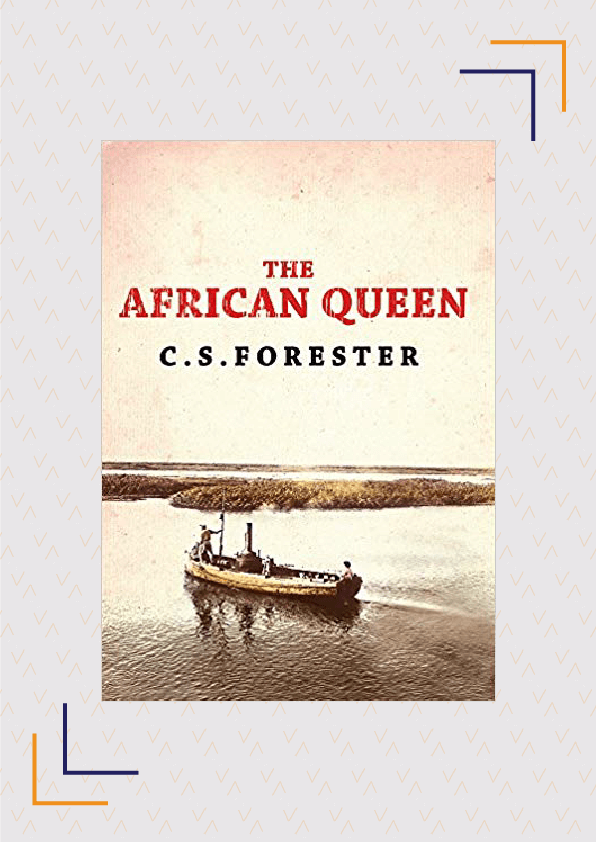 Set during World War I, The African Queen is a romantic thriller about a young Englishwoman, Rose, who lives in Germany-occupied Tanzania during World War I and wants to avenge her brother’s death by destroying a German warship. When she meets a man named Charlie Allnut she sees the possibility of revenge. They devise a plan to load a non-navy boat, African Queen, with explosives, thereby converting it into a torpedo, which will sink the German boat. As their plan progresses, they venture deep into African forests and encounter many hurdles- from natural disasters to Germans- along the way. Often considered a classic World War I novel, The African Queen is a fast-paced suspense novel with themes of vengeance and love. 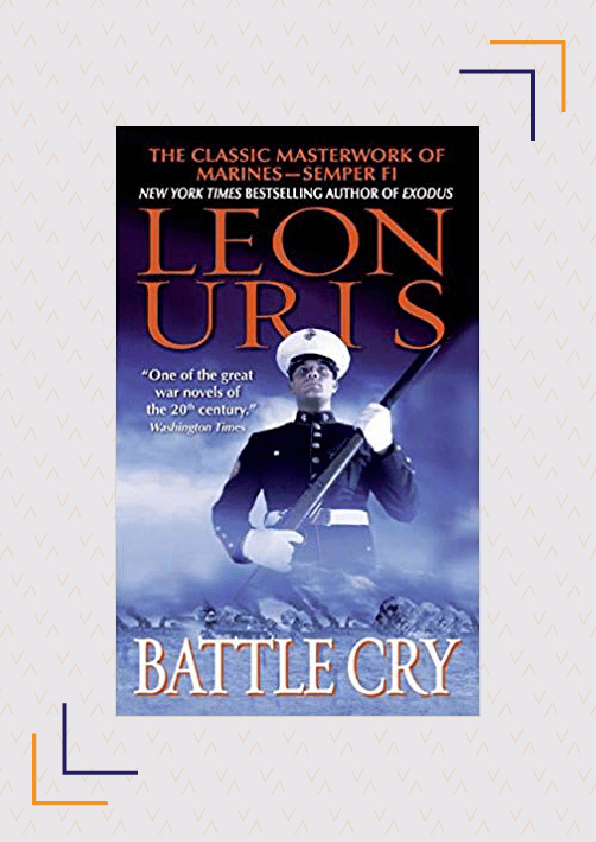 A popular war book, Battle Cry is a brilliant example of military fiction. Written by a former Marine and now best-selling author, Leon Uris, Battle Cry is based on the author’s personal experiences during World War II. The story begins during the protagonists’ training for the military and follows their lives through the many battles which took place within the war. Featuring a plethora of diverse and well-etched characters, this novel explores how putting aside personal prejudices and biases is essential to achieve military success. The intense plotline, action, and characters, as well as the accurate rendition of life as a U.S. Marine, make this an enjoyable read for any war fiction fan. 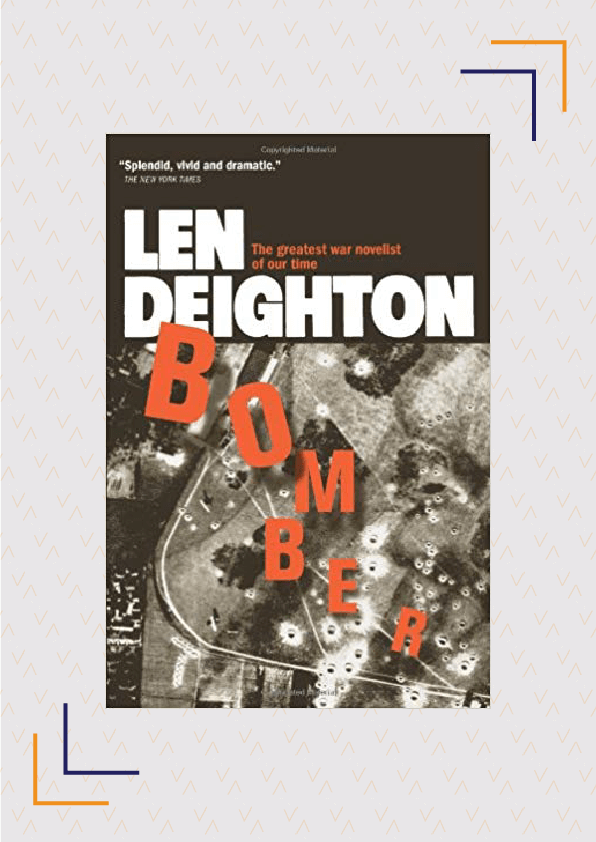 Well-researched and evocatively narrated, Bomber describes the Royal Air Force’s (RAF) fictional bombing raid of a German town in 1943 during World War II. The story, told from both British and German perspectives, takes you on a thrilling ride through action and combat. The day’s events are described in great detail by the characters and tension is built up towards a surprising and unlikely end. Fun fact: Bomber is the first novel ever to have been written on a word processor. 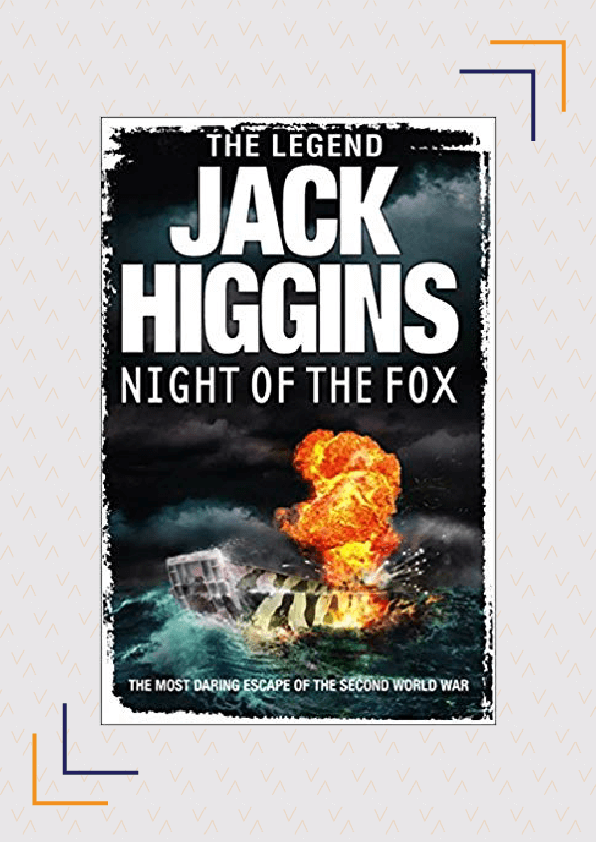 Night of the Fox

Night of the Fox combines a war story with a spy story in a pretty perfect manner. It is packed with suspense and is set in the backdrop of World War II. The story revolves around an American engineer who has important information about the pending invasion of France. After being shipwrecked, and ultimately finding himself wounded on an island occupied by the Germans, his mission is to get off the island safely. Right from the characters to the plot, this book is as exciting as it can get. 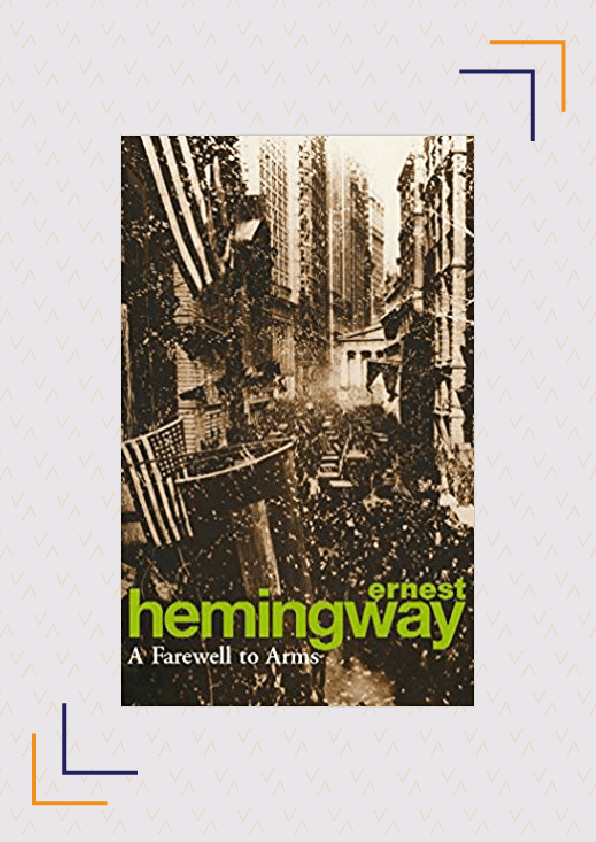 A Farewell To Arms

It is not for nothing that A Farewell To Arms is considered one of the finest war novels as well as one of Hemingway’s best works. Set during the Italian campaign of World War I, this novel tells the story of an American paramedic, Frederic Henry, who serves as a lieutenant in the ambulance corps of the Italian Army. As he falls in love with an Englishwoman and nurse, Catherine Barkley, the war intensifies and Henry is injured and hospitalised. A Farewell To Arms is a sweeping and tragic love story that uses the backdrop of World War I most effectively to move its story forward.