The infinite universe, and what lies beyond it has always intrigued humans. Movies like Star Wars and Star Trek have set become a landmark in the sci-fi genre, but science fiction writers have taken it to another level. With thrilling adventures, deadly aliens and space travel, these writers have created marvellous universes. From classics such as Douglas Adams’ The Hitchhiker’s Guide To The Galaxy and Isaac Asimov’s Foundation to Peter Hamilton’s The Abyss Beyond Dreams, these novels set in space will surely transport you into the unknown. 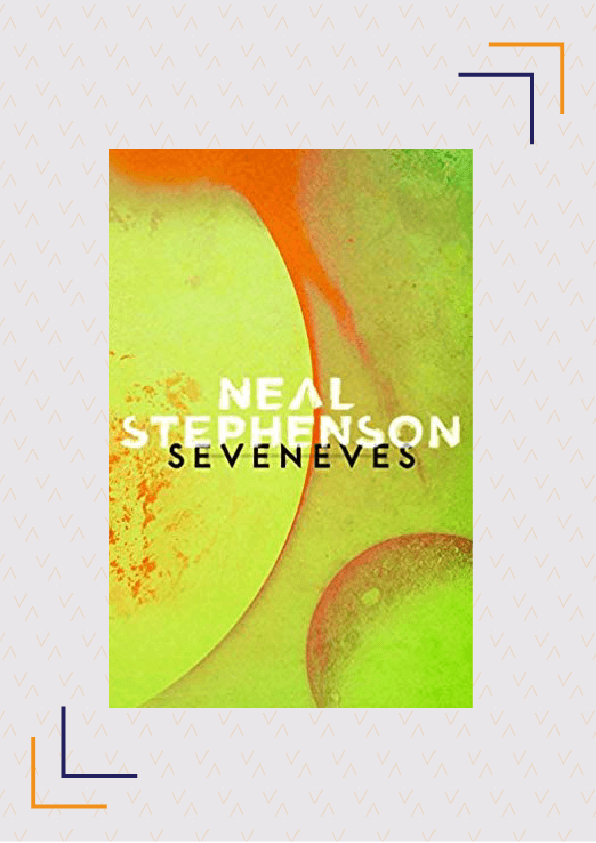 When the moon suddenly blows up, scientists realise that its debris is going to fall on Earth and destroy it. The governments come together and decide to get as many people and resources as possible on to a ‘Cloud Ark’ and send it into space. 5,000 years later, their descendants undertake a journey to the alien and seemingly uninhabitable Earth, and what they find there will leave them in shock. In Seveneves, Neal Stephenson asks some pertinent questions on the impact of an extinction level event on societal aspects like rule of law, religion, economics, politics, and so on. Packed with hard science, this is novel set in space is a must-read for anyone who loves science fiction. 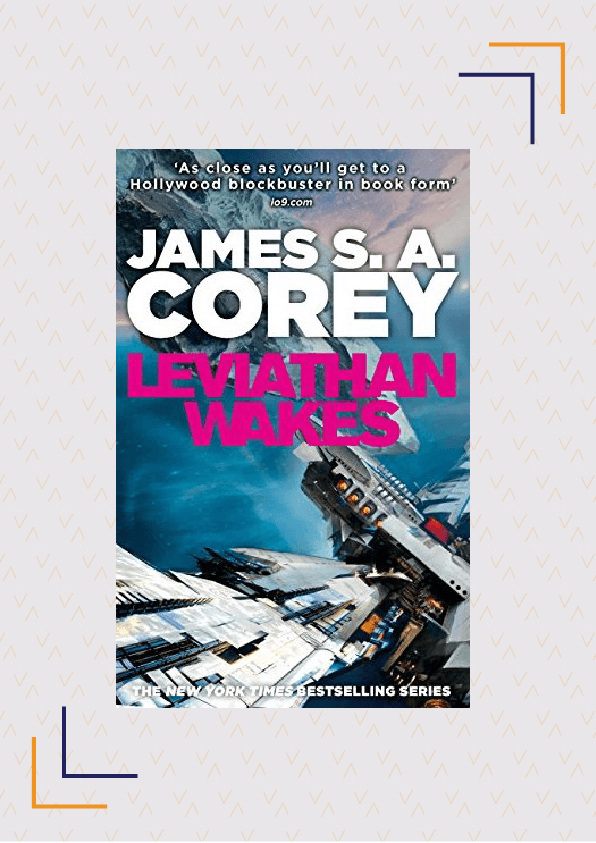 200 years after migrating into space, Humans have colonised large parts of the solar system and civil wars constantly erupt between the superpowers of the world and the Outer Planet Alliance (OPA) who want to fight against the Belt’s oppression. A spaceship captain discovers a deadly secret, one which someone is willing to kill for. Meanwhile, a detective’s investigation leads him to the captain, and together they uncover political conspiracies that threaten to destroy the entire solar system. The first book in the Expanse series, Leviathan Wakes sets a precedent in world-building, and will surely be hard to put down. 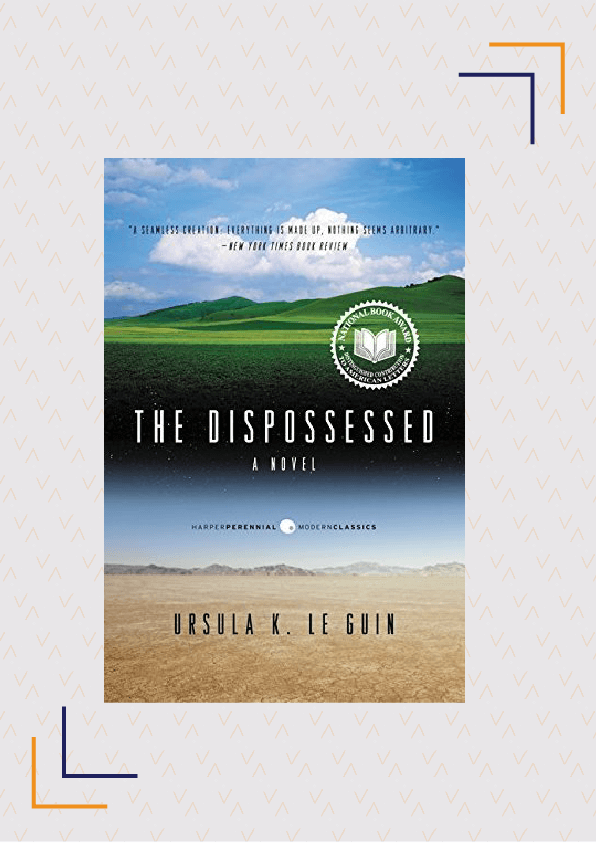 Twin planets – Anarres and Urras – have stormy relations at best, and have formed their own societies. When Shevek, a physicist from Annares, attempts to develop a theory that will take their technology to the next level, he finds that since his theories are in opposition to the political philosophy in Annares, he is thwarted and discouraged every step of the way. Eventually, he decides to finish and publish his theory in the seemingly utopian Urras. However, when he arrives in Urras, he realises that Urras is not the perfect society he thought it was. Ursula K. Le Guin’s The Dispossessed is the story of one scientist’s journey to light the flames of change against all odds. 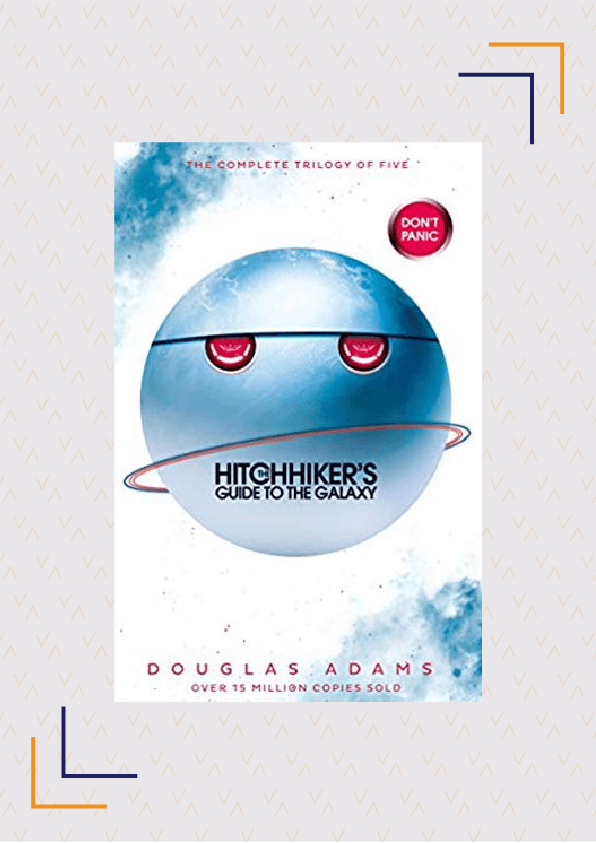 The Hitchhiker’s Guide To The Galaxy

Arthur Dent wakes up one morning feeling like he has forgotten something. Spilling coffee over himself, he rushes out only to find bulldozers ready to raze his house. In the next few minutes, he will witness the destruction of his planet and, over the next few hours, he will realise that not only do aliens exist but also find himself on their hit list. Armed with a towel, and accompanied by his friend Ford Prefect (an alien), Dent goes from being an ordinary human with regular problems in the morning to sitting in a spaceship waiting for Earth’s destruction, by the afternoon. As the two travel across the galaxy, they meet a number of unique individuals and find themselves in the strangest situations. Douglas Adams’ acclaimed novel The Hitchhiker’s Guide To The Galaxy is the first in the eponymous ‘trilogy in four parts’, and is going to make you laugh out loud with its absurdity. 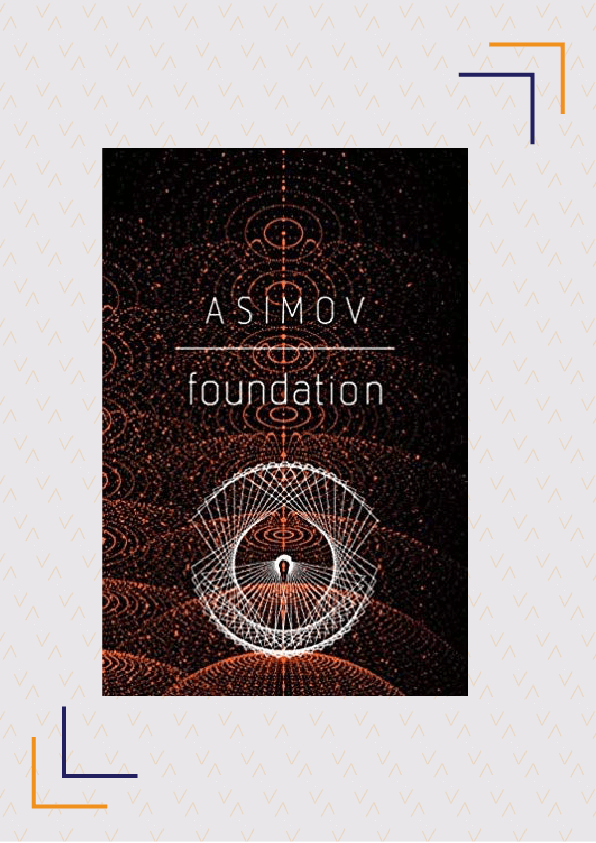 The Galactic Empire, once a beacon of prosperity, is now coming to an end; however, the ruling class is still in denial. Hari Seldon, a scientist, foresees that once the Empire falls, there will be chaos for 30,000 years until another Empire arises. To reduce this period of turmoil to a thousand years, Seldon travels with scientists and intellectuals to a planet Terminus to form a haven called Foundation.  Meanwhile, the end of the empire brings uprisings and wars in its wake, and humanity is subjected to its toughest choice – to submit to barbarism or fight until death. Often considered the ‘foundation’ of sci-fi novels, Isaac Asimov’s brilliant novel set in space is also remarkable for it accurately portrays technology that was way ahead of its time. 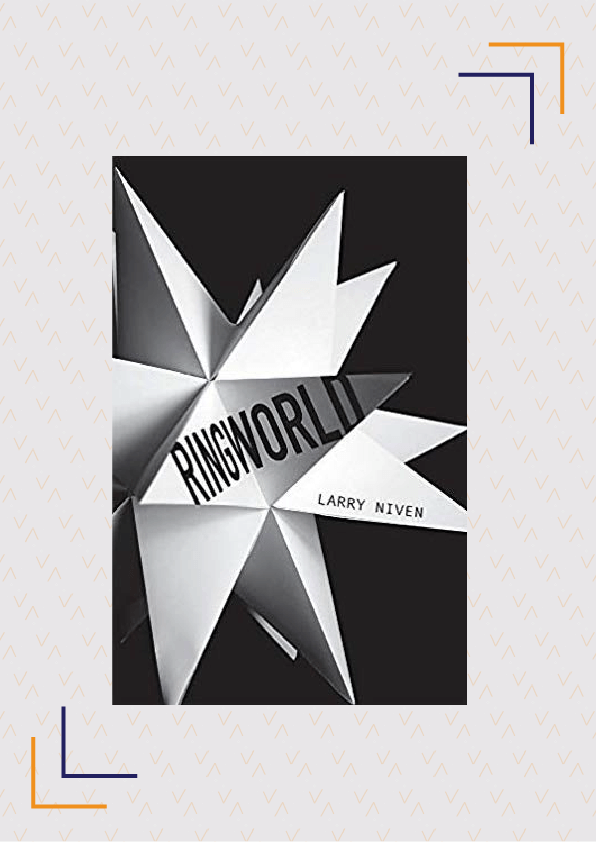 Louis Wu, who has lived for over 200 years due to a drug called boosterspice, is bored by life on Earth. When Nessus, an alien offers him a mysterious job that involves investigating Ringworld, an artificial ring surrounding a sun, he readily agrees.  They travel with a Kzin warrior called Speaker – To – Animals, and Teela, a ‘lucky’ human.  When their ship crashes unexpectedly, they lose communication with the outside world. As they try to find a way to get back home, they encounter all sorts of dangerous situations. The first book in the Ringworld series, Ringworld is considered one of the most influential science fiction novels of its time and is sure to astound you. 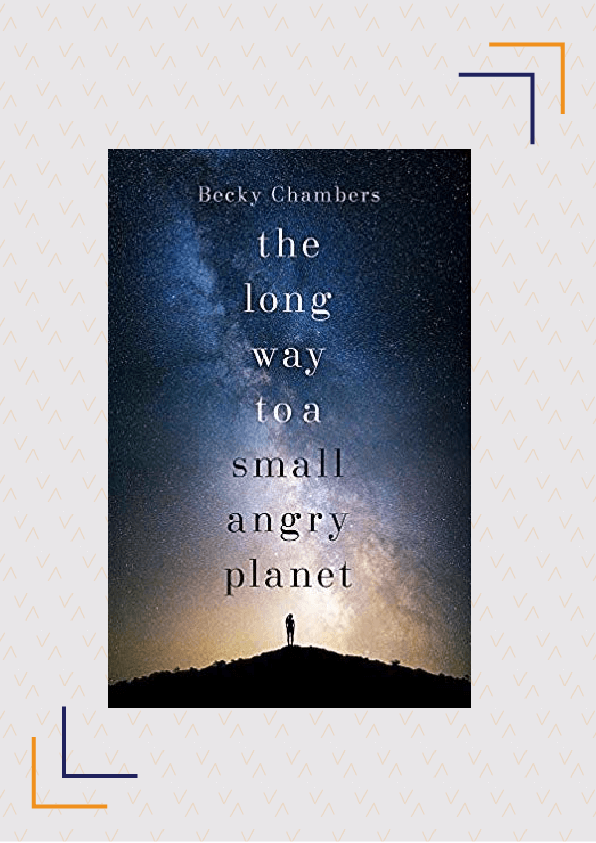 The Long Way To A Small Angry Planet

Rosemary Harper just wants to get away from her past and live peacefully. When a chance to escape her life and an opportunity to travel the galaxy fall in her lap, Harper readily agrees. On the ship Wayfarer, she works with a crew of unique individuals, different from the people she usually meets. Everything changes when the crew is asked to dig a hyperspace tunnel, an offer that will drown them in riches. But the task is not as easy as it sounds. Soon, the Wayfarer encounters unexpected adventures and deadly aliens, and the crew have to trust each other to get through it all. Becky Chambers’ first novel in the Wayfarer series is heart-warming and profound. 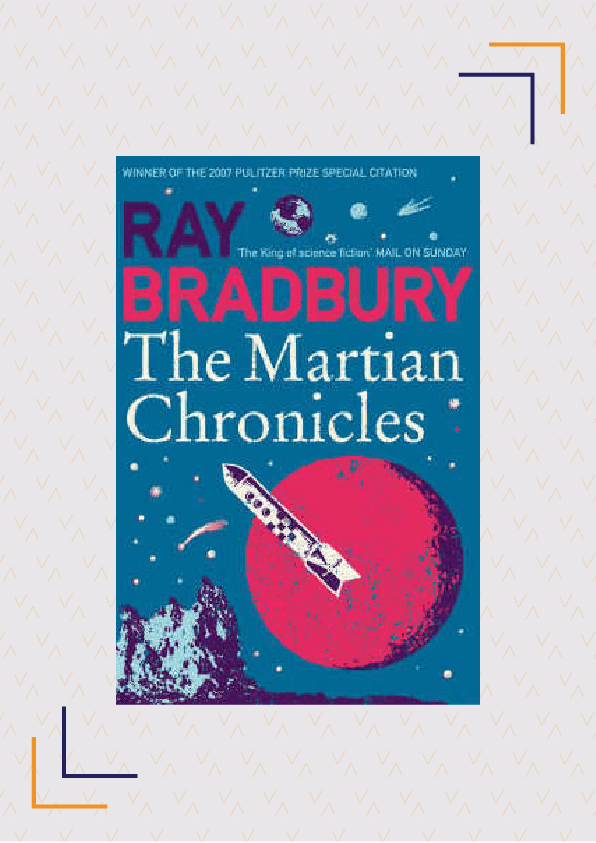 The Martian Chronicles is an episodic novel that talks of mankind’s frequent attempts to colonise Mars. Originally published as short stories, they were converted into a novel through the addition of new text which connects them. During the three expeditions, most of the humans are killed by Martians who see them as threats. However, on the fourth expedition, the scientists realise that the Martian population was obliterated due to chickenpox (brought onto Mars during one of the previous expeditions). The Martian Chronicles highlights the best and worst of humanity and seems particularly relevant now that we are starting to envision Mars as a future home. 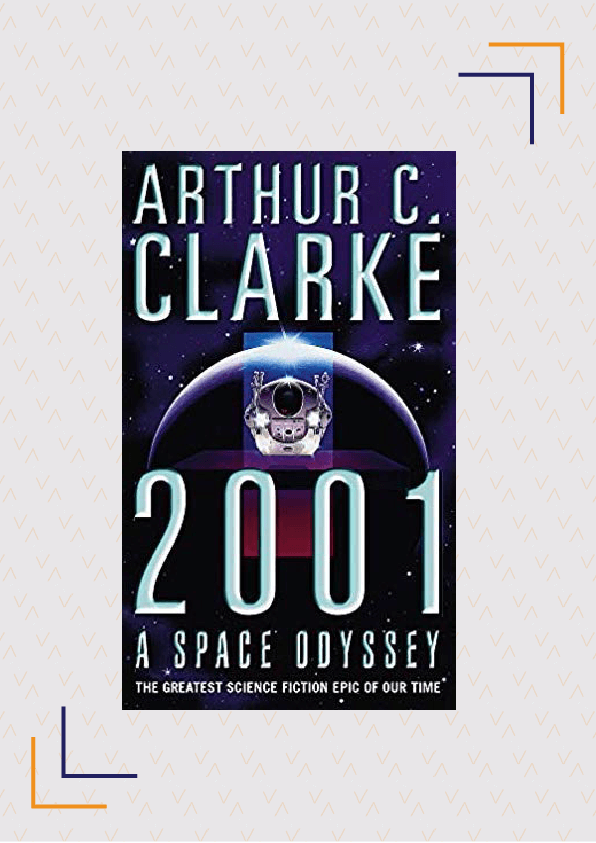 Discovery One, a spacecraft controlled by an artificial intelligence called HAL 9000, is sent to Saturn on an expedition. The crew soon becomes suspicious and comes to believe that HAL is hiding a few secrets of his own. During the voyage, Bowman, the captain of the ship, makes a discovery that might just change the course of mankind. What follows is a gripping space thriller as Bowman deals with deadly situations. Developed alongside the eponymous movie, Arthur Clarke’s first book from the Space Odyssey series is an epic novel set in space that spans millennia and deals with themes like artificial intelligence, evolution, and the future of space exploration. 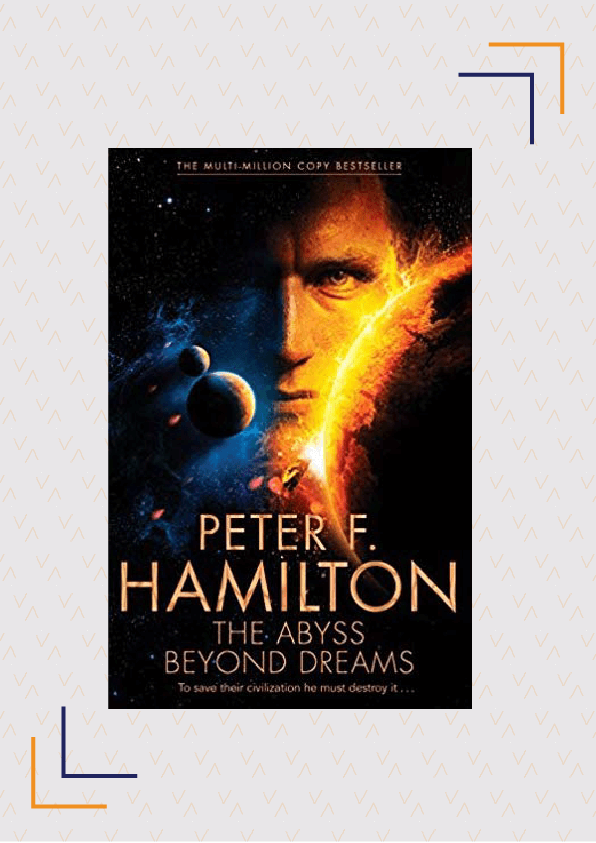 The Abyss Beyond Dreams

When Nigel Sheldon, inventor of wormhole technology is asked to examine the Void, a wildly unknown area in space, he is certainly intrigued. But when he lands on Bienvenido, a planet in the Void, he is surprised to find humans who use telekinesis and telepathy but live in constant fear of a rival species. Sheldon gets caught in the war between the species, all the while trying to uncover secrets that could end all their problems. In The Abyss Beyond Dreams, Peter Hamilton deftly creates a fascinating universe where the laws of physics are unfamiliar and magic possibly exists.