Writing is hard. It requires focus, practice, persistence, courage, and a will to just go on. If you are an aspiring writer, you should also learn about the craft of writing. In his book, On Writing, Stephen King says, “If you want to be a writer, you must do two things above all others: read a lot and write a lot.” While reading books, in general, is a good practice, there are certain books which will teach you how to write and become a writer. Here are 12 such books every aspiring writer needs to read to learn all aspects of writing. 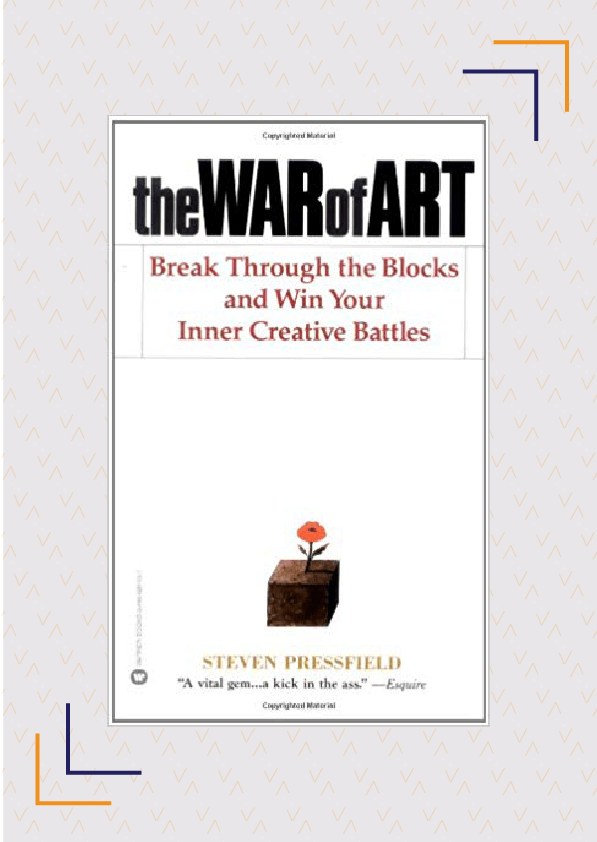 The War Of Art | Steven Pressfield

Nothing is more difficult than getting started, and often it is that which prevents us from reaching our true potential. Overcoming psychological barriers is the first step to becoming a writer. Steven Pressfield called this- ‘Resistance’. According to him, Resistance is everything that is preventing you from writing- – procrastination, lack of time, sickness, Facebook, Instagram, Twitter, YouTube, alcohol, drugs, television, your smartphone, etc. and every writer struggles with it. In The War Of Art, Pressfield talks about the differences between the ‘amateurs’- those who talk and think a lot about writing but never do it, and the ‘pros’- those who actually sit down and write. He teaches you how to win the fight against Resistance and transform yourself into a ‘pro’. The War Of Art is a no-nonsense, to-the-point guide to overcome the initial barriers which prevent you from writing. 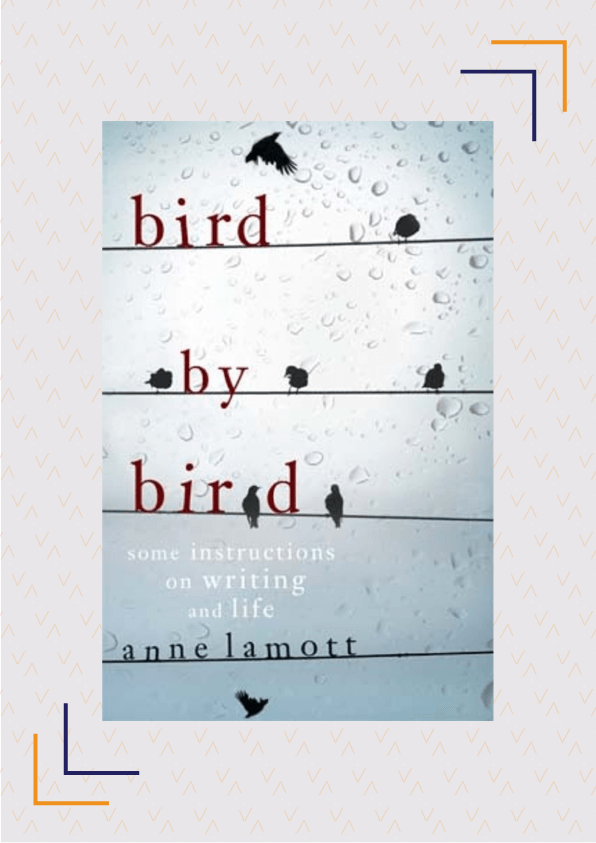 Abraham Lincoln once said, “Give me six hours to chop down a tree, and I will spend the first four sharpening the axe.” Just like you can’t cut down a tree with an unsharpened axe, similarly, you can’t produce phenomenal work without learning minute details of the craft.  Mastering the basics and learning as much as possible about the field itself are crucial to excel in writing. In Bird By Bird, Anne Lamott has used her personal experiences and a witty tone to teach you about all the aspects of a writer’s life. She not only provides step-by-step instructions on how to write but also encourages and inspires you to write. You will learn how to get started, how to handle bad first drafts, how to write characters and dialogues, how to become better at writing, and how to recognise that you have finished. She also teaches you how to deal with your setbacks or mistakes. Bird By Bird is a masterclass for every aspiring writer out there. 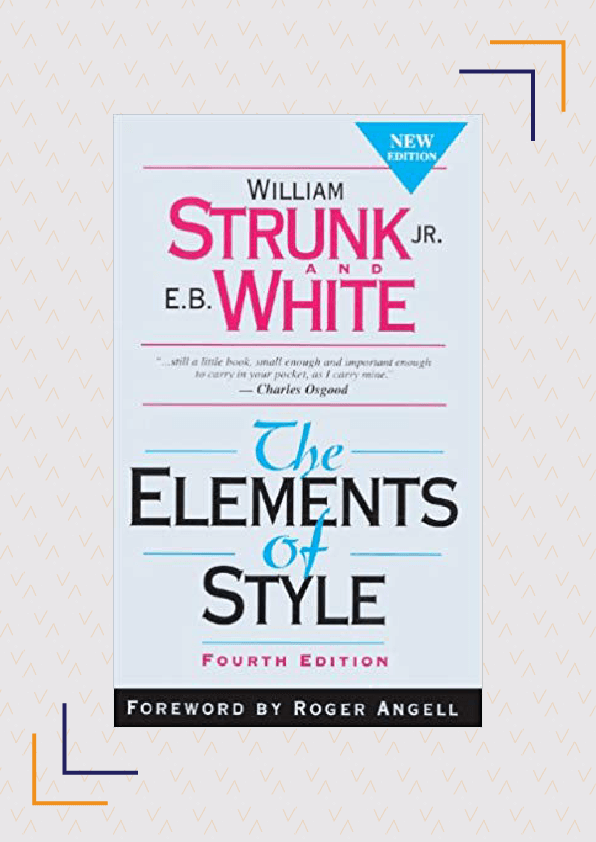 The Elements Of Style | William Strunk Jr., E. B. White

To be a great writer, you should know the rules of writing and the basics of grammar. While it is not a compulsion to stick to the rules all the time, it is good to be conscious of them and understand why they exist and why you are breaking them. In the words of Pablo Picasso, “Learn the rules like a pro, so you can break them like an artist.” William Strunk Jr. and E.B. White’s The Elements Of Style is a practical guide on improving your writing skills and perfect for you to master the basics of the English language. You will learn how to communicate more effectively and how to create simple but powerful sentences. Perhaps, the greatest power of this book lies in its ability to make you fall in love with the English language. 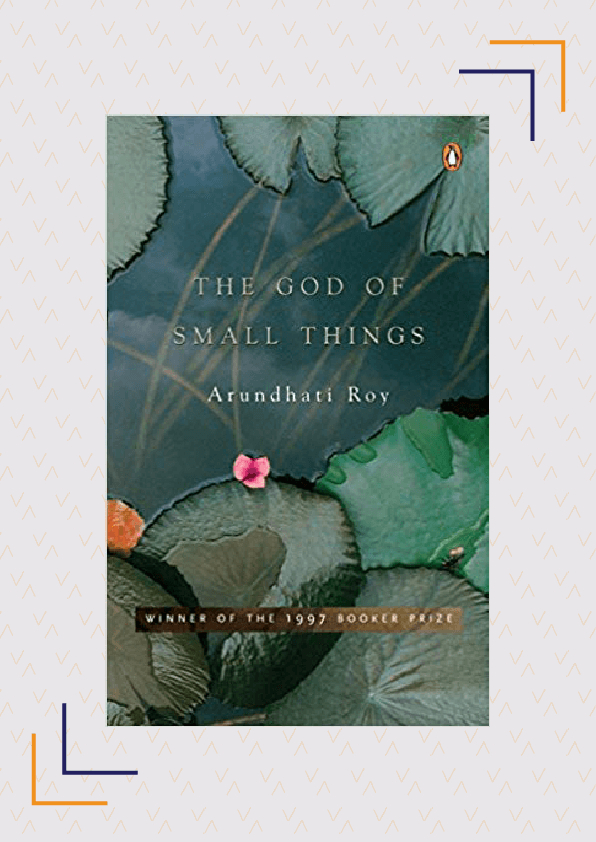 You’ve overcome the Resistance, learnt the basics of writing and perfected your grammar. However, there is one more tool an aspiring writer must have-  vocabulary. One of the best ways to build your vocabulary is to read books which use unusual words. Of course, you should keep a dictionary at hand so you can look up the words you don’t know. We recommend reading the 1997 Man Booker Prize winner, The God Of Small Things for its lavish vocabulary and usage of words. You’ll have to use your dictionary quite often while reading it, but it would totally be worth it. You could also try Infinite Jest but keep in mind that it is a difficult read. 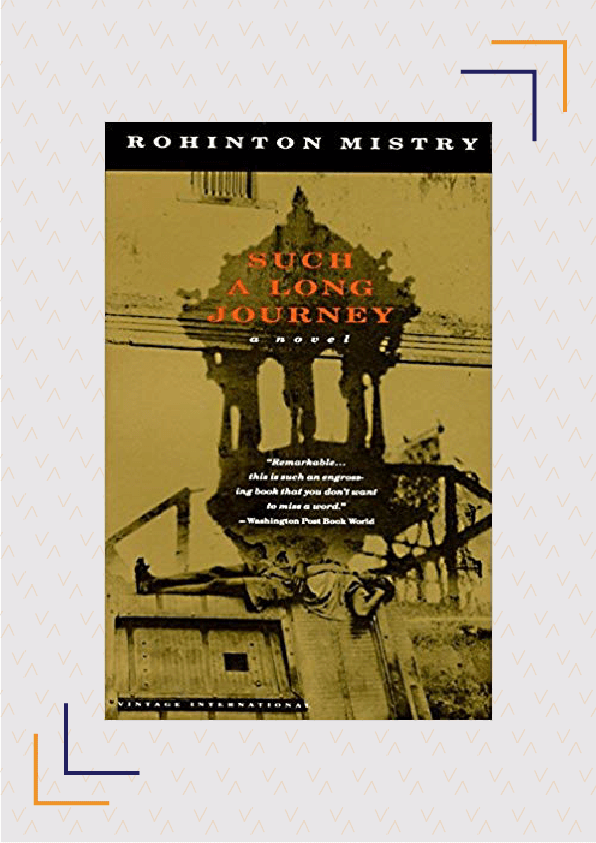 Such A Long Journey | Rohinton Mistry

The structure of a novel is critical to the book as it determines the flow of your story. You could use the well-defined three-act structure, Orson Scott Card’s 4 story structures or come up with your own. Once again, one of the best ways for any aspiring writer to understand structure, is to read books with different structures. Rohinton Mistry’s Such A Long Journey is the book to read when you want to understand how to structure a book.  Although it follows a standard structure- the first third introduces a problem, the second focuses on the conflict and introduces a catalyst, and the third provides a resolution, Such A Long Journey also flirts with multiple subjects and storylines. It will teach you that a strong structure aids in the development of an intriguing and complex plot, as well as compelling characters, as a clear structure prevents confusion in a reader’s mind. 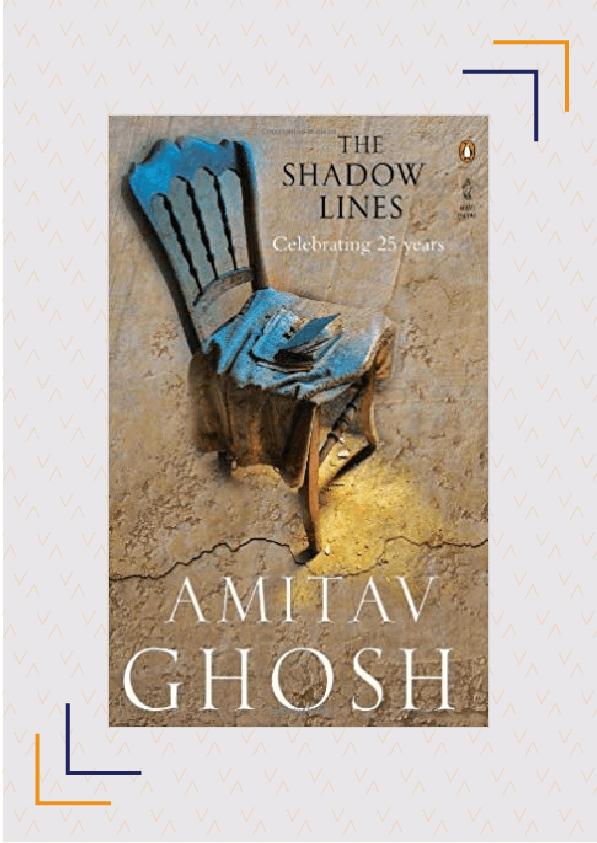 The plot is essentially the basic story of the book and, ideally, you should be able to whittle it down to a few sentences. You may have figured out a great structure but it is nothing without a worthy plot and, of course, sub-plots. If you want a lesson in plotting, look no further than The Shadow Lines by Amitav Ghosh. The plot of The Shadow Lines is simple but Ghosh’s genius lies in how he has taken a simple plot and evolved it into multi-layered beautiful stories where characters and locations are etched out in great detail. This book is a masterclass in how a simple plot is not a barrier to having a complex story, and in understanding the difference between story and plot. 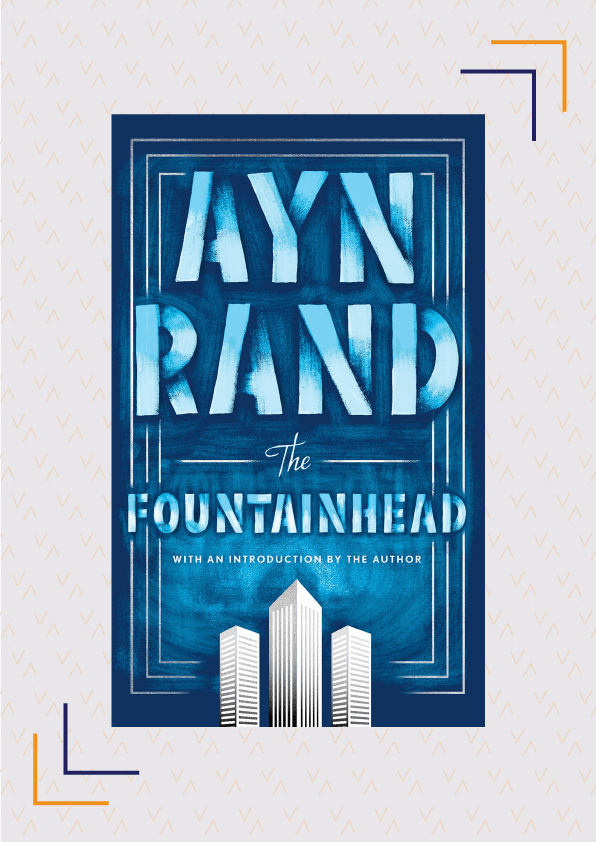 While the structure and plot of a novel are important, it is impossible for a book to be complete without a cast of complex and layered characters. Whether it is the anti-hero- the one you want to hate but love- or the villain you feel empathy for, characters need to be rich and forceful. The Fountainhead Ayn Rand is the perfect example of characterisation as Rand creates well-rounded characters which are flawed, complex and grow as the novel progresses. She doesn’t hesitate to tear them down or show their vulnerable side. At the same time, their motivations become clear through her masterful storytelling with each layer revealed slowly. 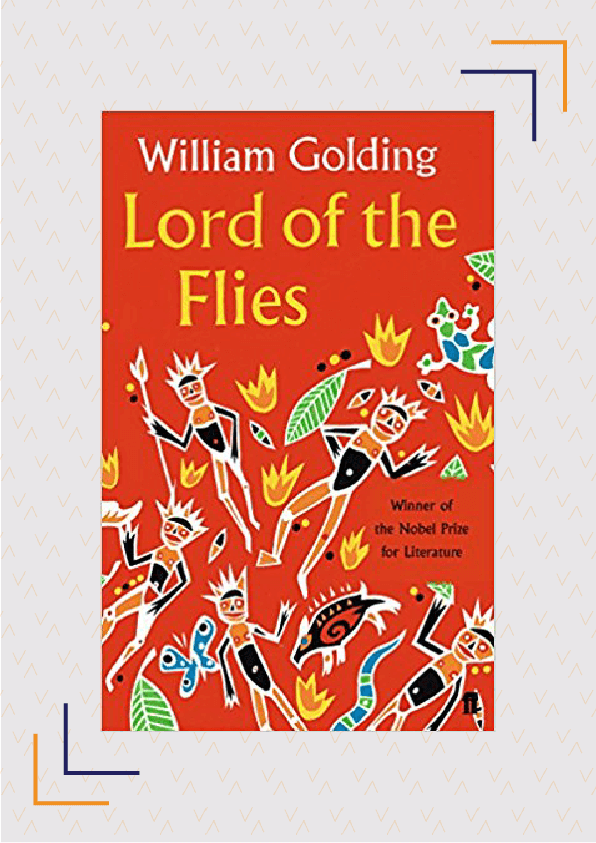 The Power Of Simple Prose

Lord Of The Flies | William Golding

While it is tempting to pepper your prose with complex words, especially if you have a great vocabulary, sometimes the simplest of words and language can communicate what you want to better than the most ornate prose. William Golding’s Lord Of The Flies is an excellent example as he uses very simple language to share powerful ideas like the human tendency towards civilisation and to gain power as well as moral themes. Golding was necessarily constrained in his use of language since the characters in his book are a bunch of teenage boys who would have a limited vocabulary. However, he still managed to create a masterpiece which is as relevant today as it was when it was published in 1954. 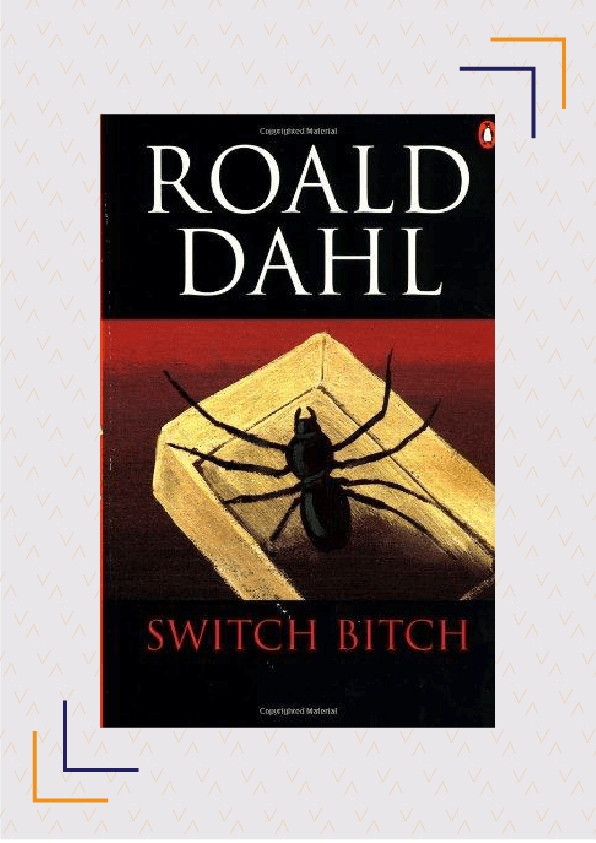 The short story is often given short shrift and considered a ‘lesser form’ of writing. However, you should have the skill to write stories which are compelling but don’t require over 200 pages to unfold. It’s also a great way to take a  break if you are in the middle of writing a novel. Keep in mind that while they may be short, they aren’t easy to write. Of course, read short stories as and when you can to understand how they are structured, plotted and developed. Switch Bitch, Roald Dahl’s collection of short stories for adults is a great place to start. We particularly love The Visitor, the first story in Switch Bitch which will teach you how to craft a brilliant tale that is full of twists and turns, has an excellent vocabulary, and is just as enjoyable as a full-length novel- all in a few pages. We would be remiss if we didn’t mention the short stories of O. Henry, Oscar Wilde and Saki as they will serve you well if you want to develop the art of writing short stories. 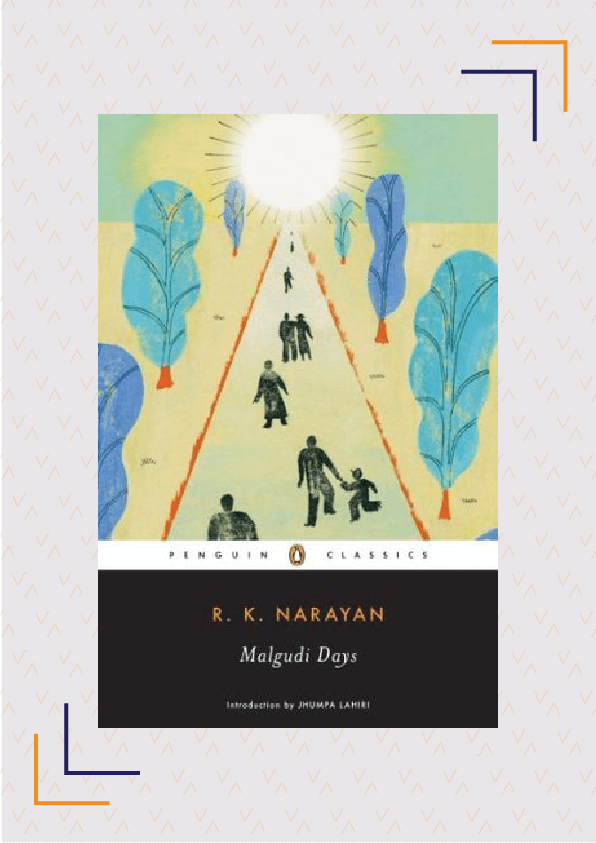 A good novel does not need to have a complex setting or one that makes the reader imagine an unknown world; often the best novels have the simplest of settings, one which may or may not be familiar with. Even so, the setting is so compelling that we can’t help but be drawn into the world created by the writer. A collection of 32 short stories, Malgudi Days by R. K. Narayan is the perfect example of this as it is set in an Indian village. Each short story reflects a problem faced by Indians at the time. This gave Narayan the opportunity to show the ‘real’ India. While the setting may have been simple, he still ended up creating a rich world full of colourful characters, which cemented his legacy as a writer. You will learn that simplicity does not come at the cost of plot, structure and character development. 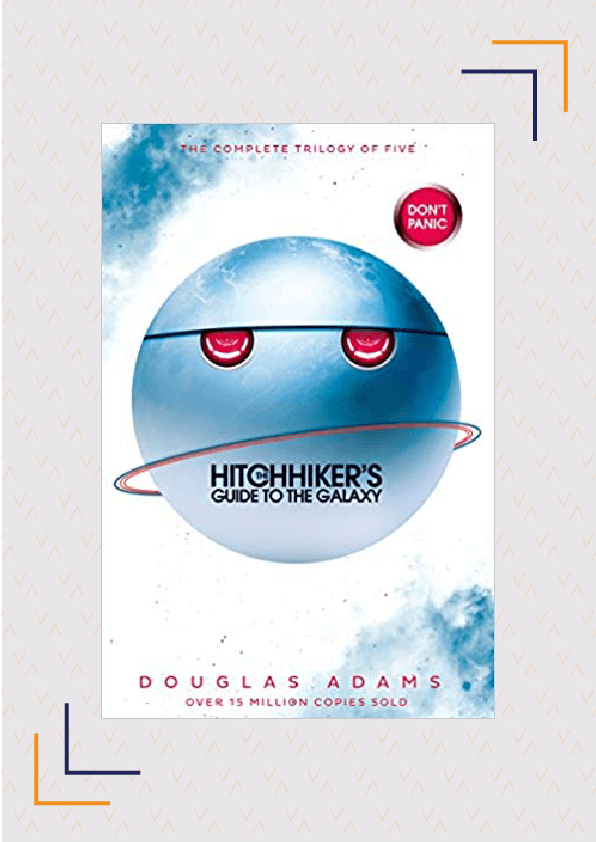 Let Your Imagination Take Over

The Hitchhiker’s Guide To The Galaxy | Douglas Adams

While simplicity is great, sometimes you need to forget everything you know about the laws of physics and how the world works and let your imagination run free to create new worlds, concepts and ideas. A classic example of this is The Hitchhiker’s Guide To The Galaxy by Douglas Adams, which makes you doubt the sanity, or at least, the sobriety of the author. He created a world where the Earth (which was a supercomputer) is being razed to make way for a hyperspace bypass; and you will meet characters like Marvin, a depressed robot, and the narcissistic Zaphod Beeblebrox, in a book which defies reality and makes your imagination soar. 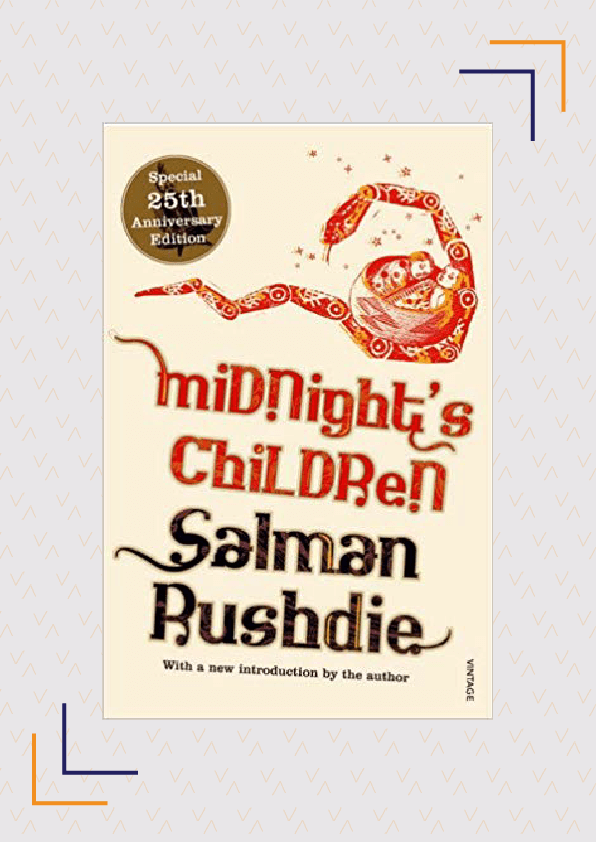 We’ve established that if you want to be a writer, it is critical to read books, especially those which can teach you something either in terms of usage of language or in structuring or plotting. However, it is also important to read well-rounded books where the author has taken pains to make sure all the elements of a great novel are included in his book. If there is one book which excels at this, it is Midnight’s Children. With a fascinating plot, intriguing characters, interesting structure, simple yet masterful prose, and a truly magical story, Midnight’s Children is a true masterpiece. You may love it or hate it but you will not be able to deny Rushdie’s mastery as an author.