It isn’t possible to read Mahasweta Devi’s works without taking note of the politics they are firmly entrenched within. Similarly, several other Indian authors have used literature as a means of protest, to mark out or redefine an identity, or rewrite the path of feminism through their life’s narratives.

This list includes fiction and nonfiction by both male and female writers who have used literature as a tool to question written history and as a sharp critique of Indian society. 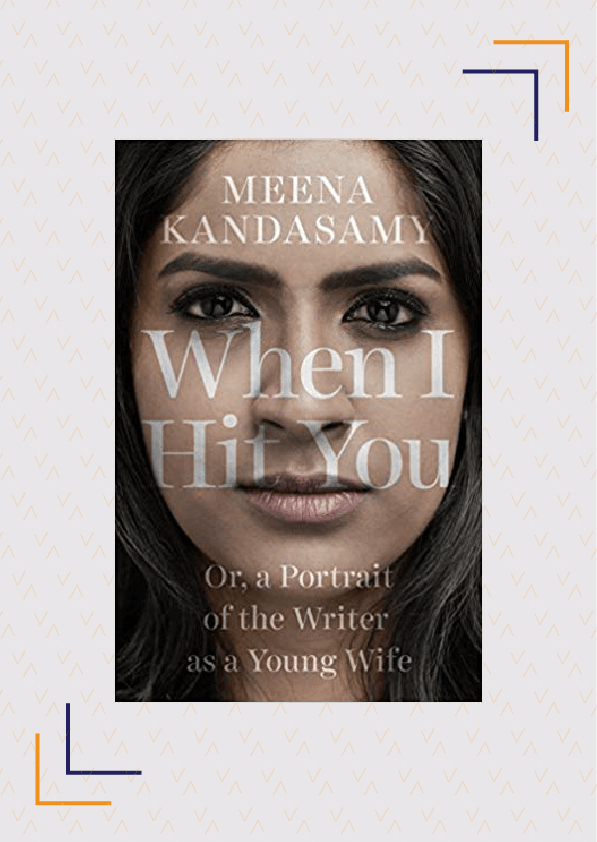 When I Hit You: Or, A Portrait Of The Writer As A Young Wife

In When I Hit You: Or, A Portrait Of The Writer As A Young Wife, the unnamed narrator falls in love with a university professor and pledges to be his wife, expecting it to be a marriage of equals, based on love. However, through a series of violent episodes and rape, her husband tries to take ownership of her being and bully her out of her academic and writing career. Through the narrative, Meena Kandasamy tracks the protagonist’s journey towards finding hope and asserting herself. With her powerful, rhythmic verse, Kandasamy alludes to the feminist works that came before her, breaks down toxic Indian masculinity and the binding suffocation of traditional wedlock. 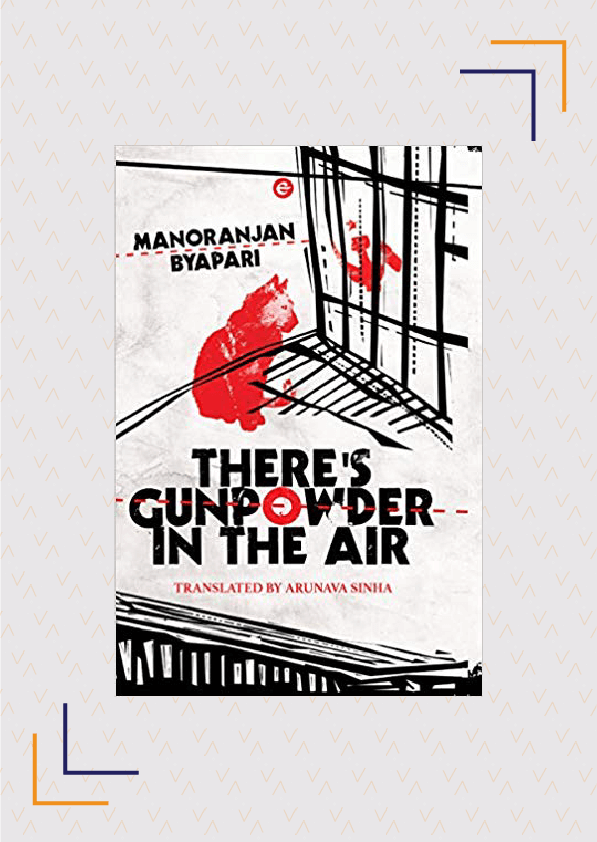 There’s Gunpowder In The Air

Manoranjan Byapari’s second novel, following his autobiography, Interrogating My Chandal Life, is a fictionalised tale set in Bengal in the 1970s, in the midst of the Naxalite movement. Inspired by his time in prison, Byapari takes on the tone of an omnipresent narrator in this novel and describes the tale of five inmates who are planning a jailbreak. A searing investigation into what deprivation and isolation can do to human idealism, There’s Gunpowder In The Air proudly upholds the tenets of the Naxal movement and presents a chilling portrayal of what went on inside the prisons of Bengal during that time. 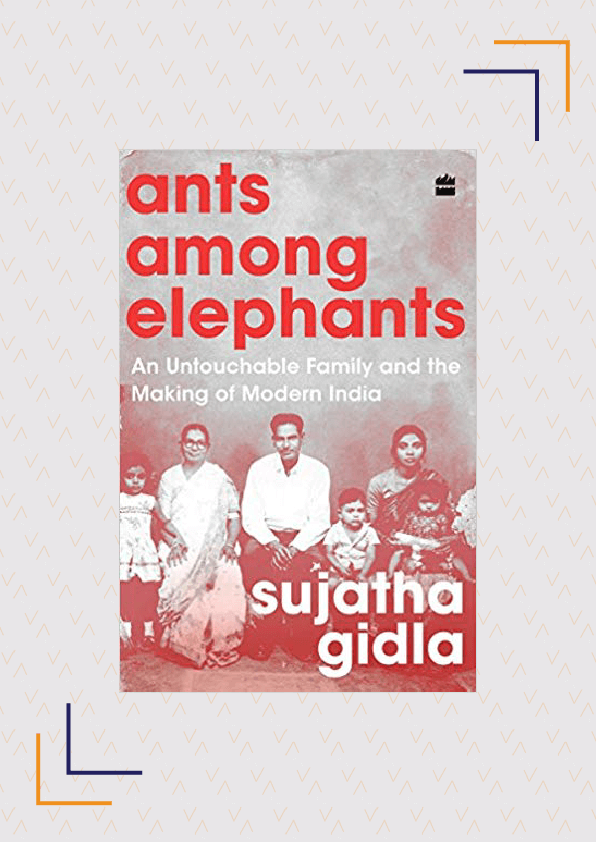 This autobiography tells the tale of a Dalit family who converted to Christianity. Born in poverty in an unjust world, Sujata Gidla’s mother and her uncles lived in the slums of Elwin Peta in Andhra Pradesh. Her eldest uncle joined the Communist Party while her mother fought against caste, sexual discrimination, and oppression. Ants Among Elephants is the extraordinary journey of a family overcoming the hardships and struggles of poverty and untouchability to have a decent life with good education and true freedom. The book is an account of Gidla’s family, tracing the trajectory of their lives from her grandparents till her own. The narrative explores the disguised forms that discrimination takes on in modern India and shows the all-pervasive roots of the caste system in the country. 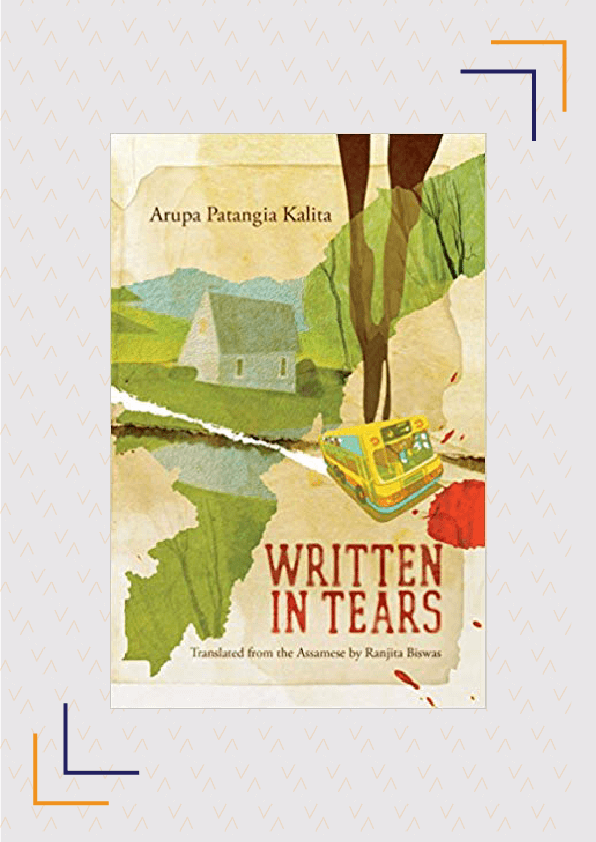 Written In Tears is a collection of eight short stories that give us a glimpse into the violence that has plagued Assam for decades. In one story, a woman looks on as her husband’s family deal with the aftermath of her insurgent brother-in-law’s absence. In another, a girl’s life is changed forever following her brutal rape. Each of the stories in this collection feature strong women who have been through a lot but have still managed to rise above their suffering. Originally written in Assamese, this poignant book will show you just what women go through when they are stuck in the middle of conflict. 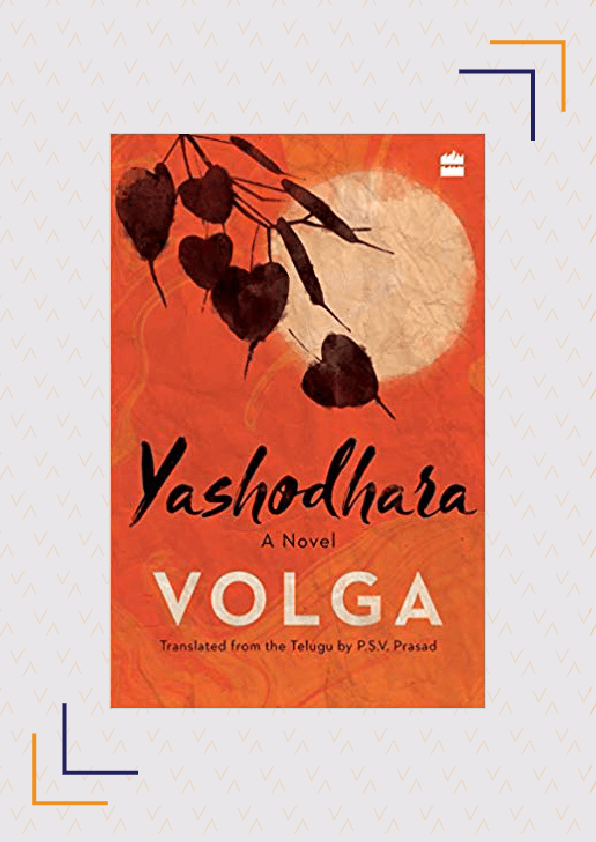 Although most of us know the story of Siddhartha, the prince who renounced the world to become Gautam Buddha, not many of us know the story of the ones he left behind. In this book, Volga introduces us to the quick-witted and compassionate Yashodhara who was married to Siddhartha at the tender age of 16, unaware of the drastic spin her life would soon take. With Yashodhara, Volga reimagines a path of spiritual learning where women are equal to men. Like her Sahitya Akademi Award-winning feminist collection The Liberation Of Sita, Volga looks at the gaps in history and the silences in the portrayal of women through Yashodhara. 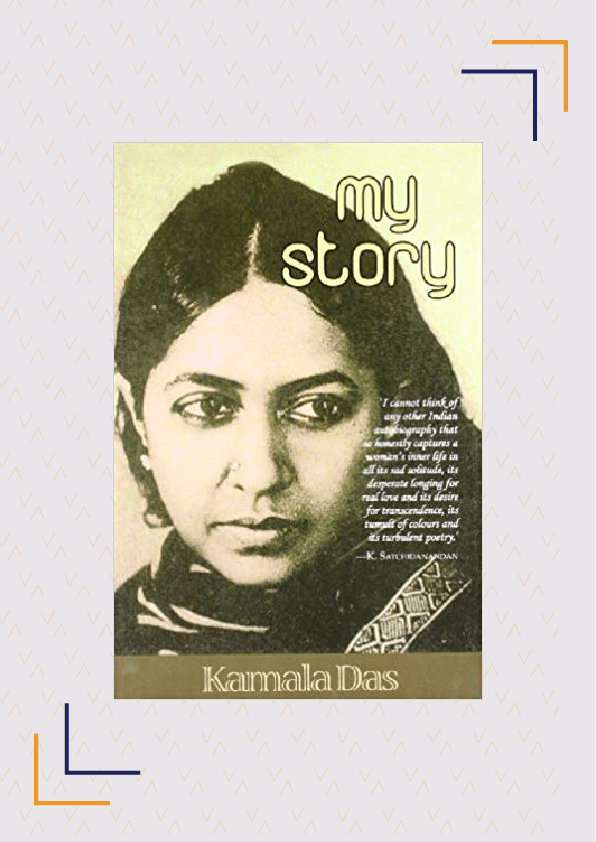 Kamala Das’s pathbreaking autobiography My Story tracks the fearless way she chose to live her life by defying set conventions. A feminist classic, this book was well ahead of its times, and garnered a cult following due to its outspoken and controversial revelations. Originally written in Malayalam, titled Ente Katha, it is considered to be a best-selling Indian woman’s autobiography even today. The inclusion of her poems as epigraphs give the reader an insight into Das as a poet. She was nominated for the Nobel Prize for Literature in 1984.

The Wife And The Beloved And Other Stories

This collection of short stories, spanning the six decade long literary career of Ashapurna Devi, worked to create awareness in Bengal about the prevalent social atrocities of the time, like the treatment of widows and age-old superstitions. The stories bring a past community to life through fleshed-out characters such as a young man pining for romance even though an arranged marriage is written in his destiny or the middle class who look down upon widow remarriage. Her narrative style advocated social reform while imbibing a dollop of humour. Through her stories, Devi provided essential insights and commentary on the social and economic aspects of her time. 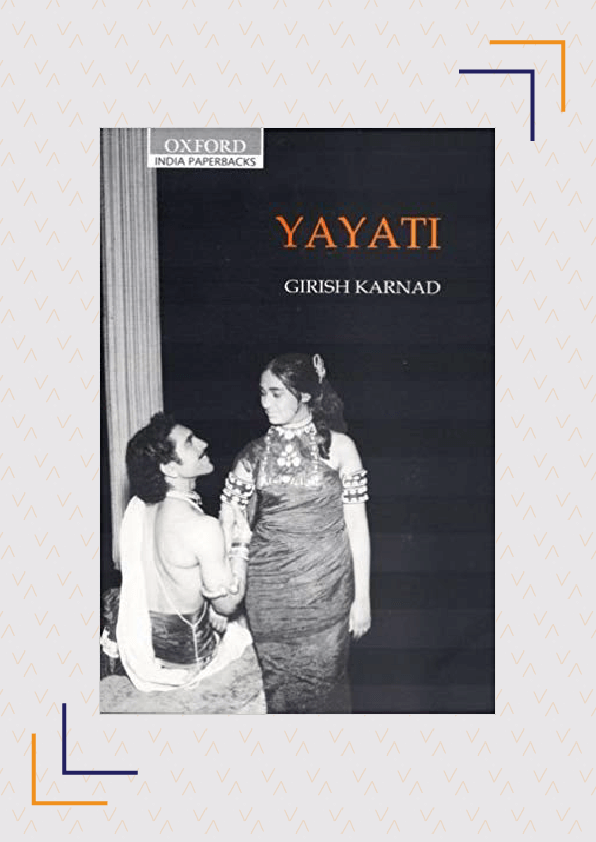 In his play Yayati, Girish Karnad presents his take on the Mahabharat story of King Yayati who, due to his infidelity, is cursed to old age in the prime of his life by his father-in-law, Shukracharya. Karnad’s version does not glorify Pooru King Yayati’s son’s sacrifice of lending his youth to his father. Instead, he sets the stage using lust, jealousy and racial underpinnings that foreground the choices that the young prince and his bride face. The Kannada play, written in 1960, was Karnad’s first one, and won him the Mysore State Award in 1962. 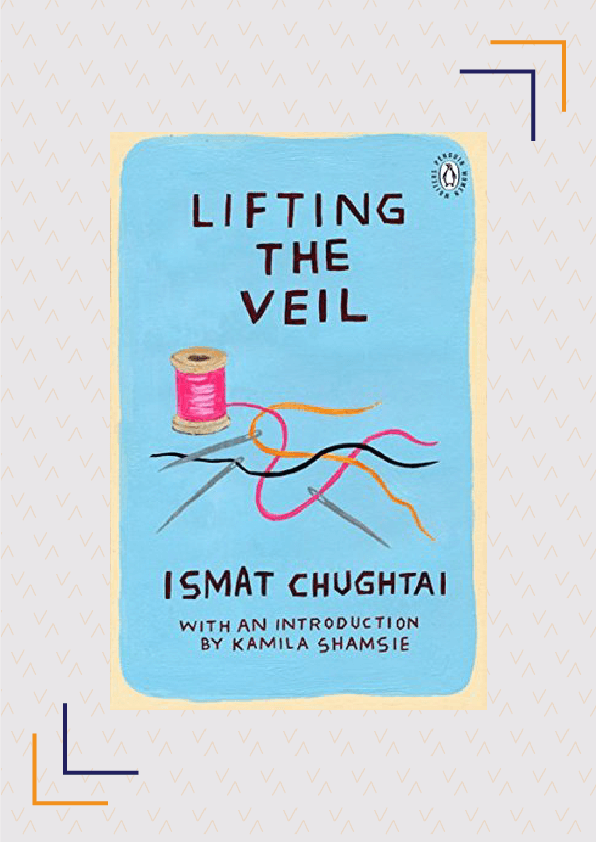 Ismat Chughtai’s Lifting The Veil is a collection of fiction and nonfiction writing that gives readers a rare insight into the interiors of the lives of women. At a time when writing about women and exploring their sexuality was rare, Chughtai transformed Urdu literature by using it as a tool to explore the social and political mores of her time. She chooses to highlight the middle class as her subject, treating it with honesty and slyly mocking subtleties. ‘The Wedding Suit’ uses black humour to depict the pathetic condition of a widow who has daughters of marriageable age. One of Chughtai’s most famous stories The Quilt (Lihaaf) is included in this collection. It explored the subject of homosexuality, which was a first in Urdu literature. 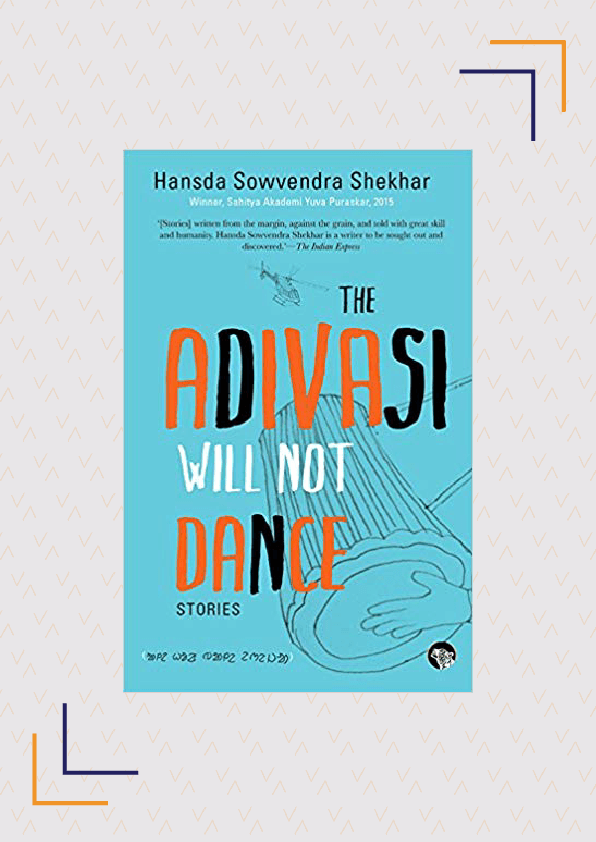 The Adivasi Will Not Dance

Sahitya Akademi Award-winner Hansda Sowvendra Shekhar’s The Adivasi Will Not Dance is a collection of short stories that portray the grim reality of the Santhal community in India. In ‘They Eat Meat!’, a Santhal family in Gujarat is attacked by a mob during the Godhra riots, whereas in ‘Eating With The Enemy’, a woman places her safety in the hands of her husband’s mistress. The book was banned by the Jharkhand government on the grounds that it was offensive to the dignity of Santhal women. The ban was lifted four months later in 2017.