Rising From The Ashes: The Literary Journey Of Manoranjan Byapari

Manoranjan Byapari has lived many lives. He has been a goatherd, a chaiwala, a rickshaw puller and a revolutionary. All this pushed him towards a new life, that of a writer. A sweet man, with simple clothing and behaviour, Byapari is always seen carrying a gamchha (cloth) around his neck. This gamchha is to ensure that he doesn’t forget that he belongs to the gamchha-wearing class of people. However, his simplicity hides a rage, one that has pervaded his life, and become the sole inspiration for his scathing literary works.

Winner of The Hindu Literary Prize for his autobiography ইতিবৃত্তে চণ্ডাল জীবন (Interrogating My Chandal Life: An Autobiography Of A Dalit) in 2018, and on the shortlist for both The JCB Prize For Literature and The DSC Prize For South Asian Literature for There’s Gunpowder In The Air, Byapari has risen to fame over the past two years. He remains a revolutionary at heart, the common man whose eyes sting at the atrocities committed against refugees and Dalits.

Skilled in the art of transforming words into magic, Byapari could have written anything he wanted. But, he says, he finds himself inevitably straying towards the stories of the common man, the underprivileged, the ones whom society has shunned. He writes about them because he has lived through those stories. ‘I want to always write, fight, and speak for the working class. I have reached here by talking about them,’ he says. 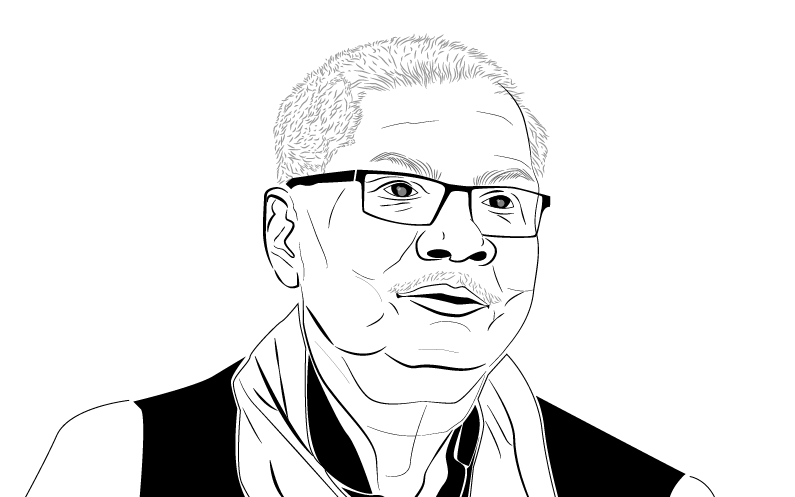 The Cruel Wrath Of Life

His life appears to be straight out of a tragic novel and could have brought any strong person to their knees. Byapari, however, was a tough nut to crack. Born in East Pakistan (now Bangladesh), his family was amongst the thousands that migrated to India in 1953 and stayed in a refugee camp in Shiromanipur in the Bankura district of West Bengal. As a Dalit refugee family of eight, they survived on scraps of food and were given no job opportunities, nor did they have any way to rehabilitate themselves. This was in stark contrast to the higher caste refugees who had also migrated with them – they were given proper housing and other opportunities while the people of Byapari’s caste were forced to fend for themselves. The schools in the camp were also shut down, forcing Byapari to bemoan his lack of formal education and curse his fate over the lack of choices available due to his caste.

Mocked by the government, the corrupt officials, and the upper class, Byapari and his family often went without food for days. But, it was primarily the lack of a proper education that bothered him. This gap, along with constant hunger, poverty, humiliation, the daily fights and the lingering stench of illness and death made way for tremendous rage in young Byapari’s mind, and he subsequently ran away as a teenager.

The next few years saw Byapari moving across the country in search of work, evading ticket checkers, and picking up any job that came his way. One such job got him thrashed since he had dared to cook food for a wedding party. When the guests found out that he’d been involved in the process, they refused to eat on account of him being a Dalit.

He was often cheated of his wages, beaten up and even sexually abused. This was one of the most traumatic phases of his life, and it was during this time that he started calling himself Jeeban, referring to himself in the third person. The name allowed Byapari the distance required to articulate his misery, says the translator of his autobiography, Sipra Mukherjee.

The constant poverty and struggle of his life got the hot-blooded Byapari involved with the Naxalite uprisings in Bengal and Chhattisgarh. Here, he met many like-minded souls who, undeterred by discrimination, had started to revolt against the oppressions of the government. Though he quit the movement when he saw his friend, who wasn’t even from the upper class, getting shot by Naxals, the life of a revolutionary continued to draw him in, eventually landing him in jail. It was there that he was reborn, and a new phase of Byapari’s life began. 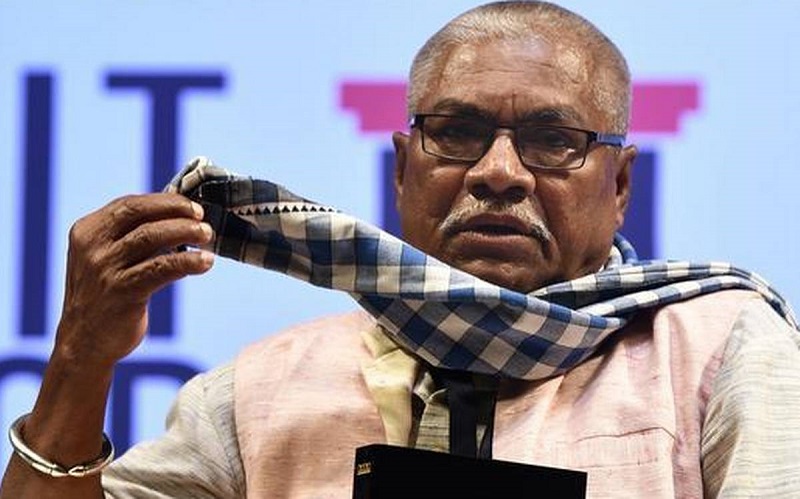 (Manoranjan Byapari; Image via The Hindu)

Rising From The Ashes

While in jail, Byapari was dejected thinking of the blows life had dealt him. It was there that he met his teacher, the person who motivated him to start reading and writing. Byapari bought pens and papers by donating blood and started to learn Bengali using whatever means were available to him. He drew the letters of the alphabet on his plate of food, on the ground and in his mind. Slowly, words gave way to thoughts, and Byapari finally realised that he’d discovered a way to get rid of all the rage brimming inside him.

Despite discovering the world of literature, he still had an affinity towards the world of riots and campaigns. But the world had changed, and so had Byapari’s responsibilities. With a wife and kids, he now had more mouths to feed and he eventually drew away from the revolution. And even though his faith kept him devoted to the cause, the call of hunger was difficult to avoid.

Following his brief stint in jail, he pulled rickshaws for a while. His love for literature had fully blossomed by this time, and he read while waiting for passengers. He read newspapers, magazines, books on homoeopathy and palmistry, detective stories, and erotica. He read Tagore’s Sanchayita, Maxim Gorky’s Mother, John Reed’s Ten Days That Shook The World and the works of Mahasweta Devi, Sunil, Samaresh, Shyamal, Shirshendu and Shankar.

Once, he was reading Mahasweta Devi’s Agnigarbh when he had to ferry a professor. Byapari asked her for the meaning of the word jijibisha. It means a will to live, she said, and asked him where he had heard it. When Byapari told her that he had read it in a book by Chanakya Sen, she was surprised. But the real surprise was waiting for Byapari, when he realised his passenger was Mahasweta Devi, the prolific author from Bengal.

She urged him to write about his life for her magazine Bartika in 1981, and thus began Byapari’s literary journey. He wrote for periodicals like Runner, Hathiyar, Lok Vigyan, Sisrikha and Banga Barta. Inspired by his experiences in jail and as a Naxalite, he published There’s Gunpowder In The Air in 2013. 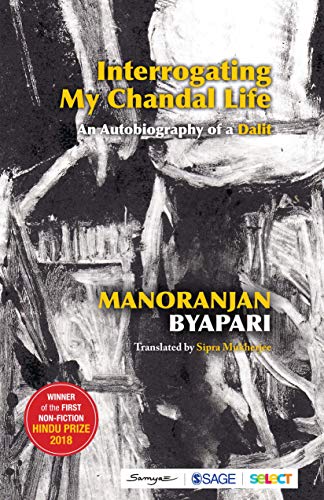 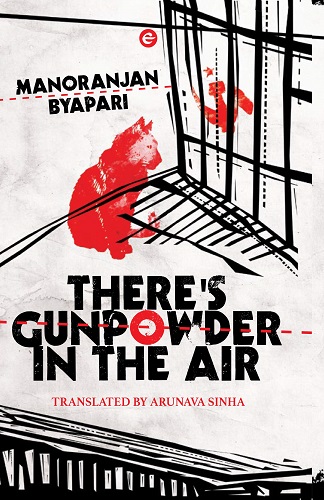 Byapari found a new way to be a revolutionary when several editors of periodicals urged him to write about his life. He could now use the power of the pen to bring the oppressors to their knees and make the country aware of the atrocities committed against the Dalits, the refugees and the illiterate for years. This became his method of continuing his fight for the rights of the common man. ‘I write because I cannot kill,’ he says. Whenever he hears about any atrocities committed, he writes it in his stories and kills off the villains who, in real life, often evade justice.

But even his literary life did not see smooth sailing. Several opposed his writing. He points at the tight-knit literary circle of Kolkata for this, stating that he received no fame or recognition due to his status as a Dalit writer. He was also duped while publishing his first novel. Even today, when he is called to speak at literary festivals and universities, the lack of any mention within the Bengali media is conspicuous. He has worked as a cook at the Helen Keller Badhir Vidyalaya for 22 years and has recently retired. He now writes and works on marketing his books.

His relentless pursuit of knowledge has led him to where he is today, bringing him peace after years of turmoil. Perhaps writing fiction about his life is a way for him to take control of his life and turn it into art. 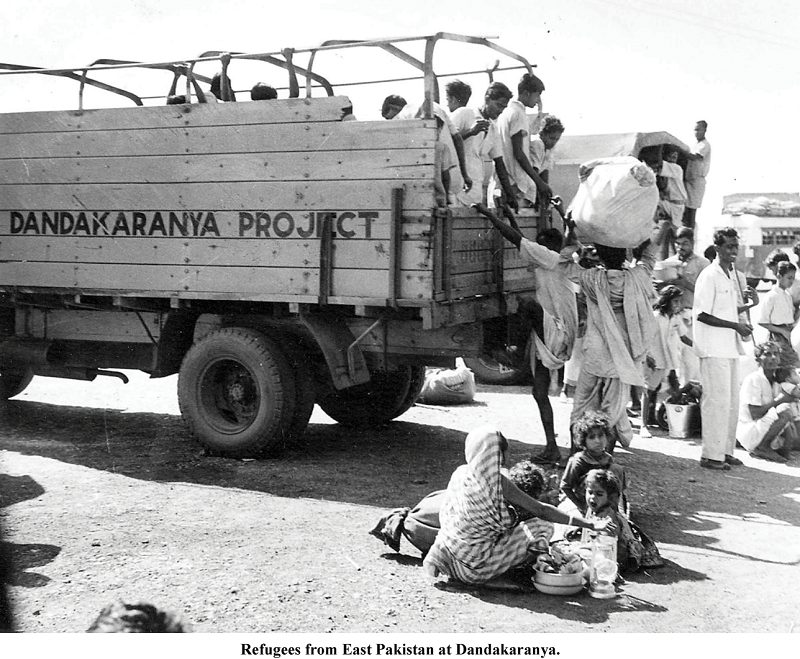 (Dandakaranya Project, where refugees like Manoranjan Byapari from East Pakistan were rehabilitated

Hunger has been central to Byapari’s life – hunger for food, hunger for shelter, hunger for respect and hunger for literature. It is hunger that drove the adolescent Byapari to work through the torture and abuse that was meted out to him, and it is now the hunger to be seen and heard that drives him to write about himself and his Dalit brothers and sisters. It would be very easy to brush him off as just another activist in the sea of many, but one cannot discredit the life he has led. It is rare for a person who has lived through such dark times to rise, fall and then rise again. Just like a phoenix, Byapari continues to rise from the ashes of his life, striving to make the world a better place for others like him.