Why Books Are Being Adapted For The Screen 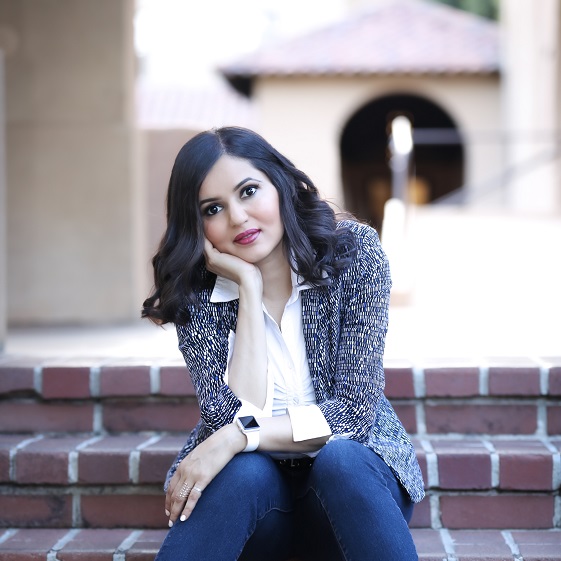 Adaptations have long been the source of creative inspiration for Hollywood. In 2019, 30 books were adapted into movies in Hollywood: a fun mix of period dramas, sci-fi adventures, and tales of espionage including It by Stephen King and Where’d You Go, Bernadette by Maria Semple. Some of the most popular and loved movies in recent times have been adapted from books such as The Godfather by Mario Puzo, The Wolf Of Wall Street by Jordan Bellfort, The Silence Of The Lambs by Thomas Harris and Gone Girl by Gillian Flynn, to name a few.

Similarly, Indians have been treated to some memorable movies based on books, such as Devdas, Parineeta, Omkara, Lootera, etc., but those have been few and far in between, until recently. The past two years have witnessed a tremendous surge in the interest books have generated for production houses, whether it’s for the silver screen or for over-the-top (OTT) platforms. ‘While 2019 may have seen only a handful of book-to-screen releases such as Sacred Games (Netflix), Leila (Netflix), The Zoya Factor (feature film), Made In China (feature film), The Final Call (Zee5), etc., there are many more in the pipeline,’ says Sidharth Jain of The Story Ink, who has sold 60 books to production companies in the past two years, 50 of which have been greenlit for OTT platforms.

Let’s delve into some of the reasons behind this sudden surge in book adaptations. 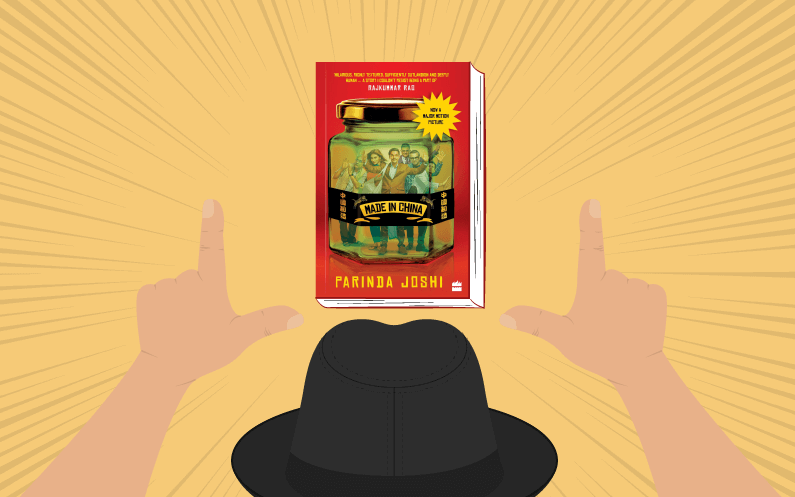 Popular books or book series like Harry Potter, Game Of Thrones or The Hunger Games are accompanied by an ardent fan base who, then, become influencers for the on-screen content, giving it additional publicity and word-of-mouth reviews. There’s more excitement among fans to see their favourite book come to life on the silver screen if they’ve been deeply invested in the characters and their stories over the years.

However, books are inherently different from movies, and movies based on books are largely the director’s interpretation of the world the author has created. That’s precisely what pulls in a reader – the need to experience the stories they’ve loved via a different medium.

With a popular book, there are established success benchmarks such as book sales and ratings that allow production houses to get an insight into the most and least loved aspects of the books (or books, in case of a series), the characters that work and the ones that don’t, and essentially the strengths and the weaknesses. All these data points make it easier for production houses to make financial projections for the adapted work, which, in turn, push the odds in the favour of many such books that ultimately end up on the screen. 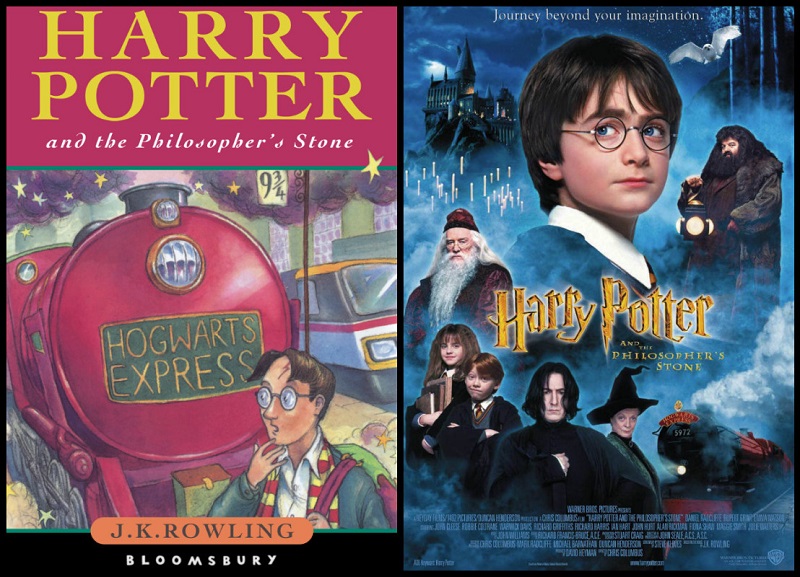 The Rise Of Streaming Platforms

American streaming services Netflix and Amazon Prime Video made their foray into the Indian market in 2016. The advent of these companies was sort of an inflection point for the book-to-screen adaptations.

Prior to the arrival of international streaming services, there was only a small pool of available writers who were either writing features or daily soaps because writing anything else was not lucrative. Content developed for daily soaps didn’t fit the streaming platform format, which preferred longer episodes with strong hooks and cliff-hangers at the end of each episode. The convenience of having all the episodes for a season available at once set the stage for bingeing. In addition, the run times for episodes in the web format are almost 2.5 times as much as the run time of a daily soap, while the episodes are limited to 8-10 per season as opposed to television soaps that frequently run for years.

With Netflix and Prime Video paving the way, several indigenous platforms also came into prominence. At present, there are 40 providers of OTT media services and over 20 on-demand streaming services in India now, including Hotstar, ErosNow, AltBalaji, Zee5 and Voot.

Movies produced by these services also focussed on high-concept stories (i.e., stories that push the envelope on ideas or concepts that are bold, edgy, revolutionary and don’t necessarily have mass appeal from a feature film perspective), which weren’t available in large supply earlier. This gap in the demand-supply equation essentially led to the emergence of book adaptations as the streaming services began to splurge on original content in order to win streaming supremacy in India. 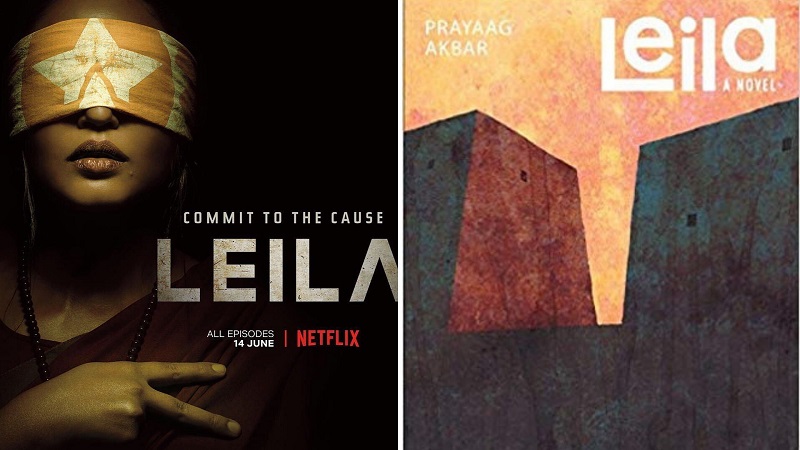 With published books, generally speaking, a fully developed and realised idea exists with established characters and a layered plot. It is much easier to develop a pre-existing idea by putting a few writers in a room for a few months to further develop it than to create something from scratch. For agents or directors who have a book in mind, it is easier to sell the idea to production houses as opposed to trying to get a project commissioned based on say, a synopsis or a bible. In some cases, this process shortens the turnaround time.

Today, studios are looking for the next Hunger Games or The Walking Dead or Game Of Thrones. Established popular books make it easier for studios to turn to a completed work than to develop a story in-house. With the advanced analytics that streaming services often tap into, they are aware of the genres and sub-categories that are most popular, among other data points, and it makes more business sense for them to find content within that space. 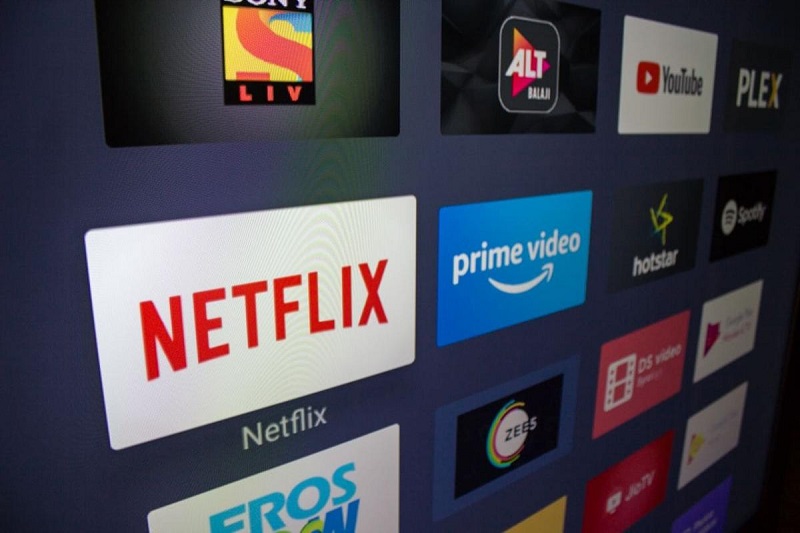 So How Does It All Work?

When a producer finds a book they think will translate well on screen, an option purchase agreement is typically drawn. An option allows the producer to purchase the rights to the book. While option periods can last up to a year and a half in the West, it’s a relatively new concept for India. Essentially, this is the period during which a screenplay is developed, and the author is given a fee for it.

Once all the elements are finalised and financing is taken care of, the producer will purchase the book. If they are unable to do so within the stipulated period of time, the rights will go back to the author. The cost of purchasing a book can vary widely and would depend upon the production house’s as well as the author’s appraisal of said work.

This process of book to screen can go on for one to three years. There are times when a book doesn’t make it to the next stage or remains in limbo after being optioned just because the director or the production houses are waiting for a star to confirm their dates. If all goes well, in the case of a web series or a TV show, pilot episodes are shot. In the case of feature films, the entire cast and crew is brought on board. Then it goes on the floor.

The author’s role in this can typically go one of two ways.

1) Production houses can offer to option and, subsequently, purchase the book from the author for a fixed amount. They can then choose to create a screenplay based on the book as it is or develop it further with their own team of writers. The end product may closely mimic the book or turn out to be very different from it. The author would have to explicitly agree to this via the contract drawn out between the parties.

2) The author can be a part of the writing team or even be the solo writer. Again, this would be contingent upon the terms agreed to by both parties.

To summarise, in both cases, the author doesn’t necessarily have to be involved in the filming of a TV show or movie adaptation. It’s all very subjective and open to negotiation.

What all of this establishes is that the golden era of content is here, and now that we’ve all been elevated from binge-watchers to binge-racers (i.e. racing to finish it first), there’s no stopping us anytime soon. The writers get to explore a whole new medium, viewers get treated to original and interesting stories, and production houses get to bridge the gap. It’s a win-win for everyone.

Parinda Joshi is the author of 3 novels. Her latest novel, Made In China, was adapted into a Hindi feature film by the same name. She was born and raised in Ahmedabad and later immigrated to Los Angeles with her husband where she navigated the challenges of starting life from scratch in an unfamiliar milieu. She indulges in reading, nature photography, people-watching and hiking with her husband when she’s not busy being outwitted by her precocious mini-me. Her M.O. is best described by Maya Angelou’s quote: “My mission in life is not merely to survive, but to thrive; and to do so with some passion, some compassion, some humor, and some style.” You can visit her website here and follow her on Instagram.