Adaptation ScoreThe adaptation score is a scale used to measure the accuracy of the book’s adaptation into a movie. It is not a score which judges how good the book or movie is: 4/10

Leila – both the book and the Netflix series – is about the real and imagined trepidation of living in a dystopia. This year, two years after Prayaag Akbar wrote the book, Netflix released a series of the same name, adapted by Urmi Juvekar and produced by Deepa Mehta. The series, described as ‘gut-wrenching’, ‘haunting’ and ‘intense’, is based on and inspired by the book, and does what no other Indian series has done so far – it unveils an Indian dystopia on a global platform. It has also been described by critics as the Indian The Handmaid’s Tale. 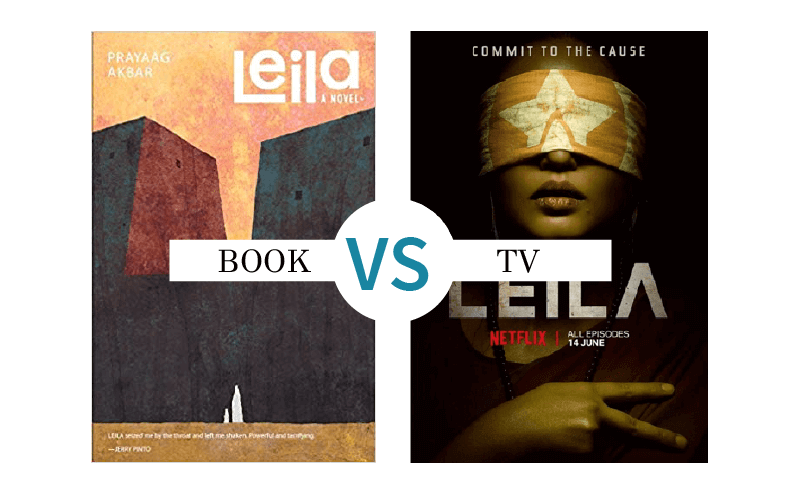 Prayaag Akbar’s novel, Leila, is about a mother, Shalini, who is separated from her daughter, Leila (born to a Hindu mother and Muslim father), forcibly by the members of an authoritarian, fundamentalist cult, and detained in a “purity camp”. She goes in search of Leila in a dystopic landscape that is overwhelmed by sectarianism and totalitarian rule. Akbar’s Leila is set in the “near future”, in a fictional but readily recognisable Indian city – Purity One, where various communities live somewhat “comfortably” segregated and sequestered behind 60 feet walls. Everyone who lives in this dystopia is in fear of The Council – an omnipresent, all-powerful body whose slogan is “Purity for all”; there are vigilante thugs of The Council called the Repeaters who do the Council’s dirty work, and a purity camp exists for the ones who have gone astray. Purity One’s administration believes in separating the privileged from the filth and decay of the rest of the city – creating a classist, misogynist, casteist and communal bubble. And this is what scares the reader the most – the darkness of the prose, the tempered fragility of Shalini’s psyche after 16 years of holding her family (her disappeared daughter and murdered husband) inside her mind, the all-encompassing feeling of existing in a dystopia.

Akbar’s Leila, though overtly is a story of Shalini’s ceaseless resolution to find her daughter, becomes a narrative about the subject within a dystopia – her struggles with the Orwellian dilemma of being imprisoned in the better world of the past, while simultaneously being coerced to face the twisted totalitarian future. On the other hand, Netflix’s Leila (2019), while based on the book, takes liberties with the prose. It condenses Akbar’s 207 pages into six episodes, and alters major plot points, much to the chagrin of the reader. The series retains Shalini’s (played by Huma Qureshi) quest to find her daughter, but fleshes out the narrative of the dystopia in broad strokes.

While in Akbar’s work, the elements of dystopia remained a distant hum in the background and were portrayed through Shalini’s character, in the miniseries, the dystopia is literally larger than life: India has been transformed into Aryavarta in the year 2047 – a new country, a political entity, a regime of purity, productivity and innovation, led by a mysterious Joshiji. Aryavarta’s advent began with the scarcity of water, immense air pollution, and the infiltration of arts and literature into the political productive space; in essence, Aryavarta was established to ‘cleanse’ the economic and socio-political scenario. The series sets Shalini, against Aryavarta, as newer pieces to the plot are introduced, perhaps to make the story appear more real, more proximate and more immediate.

Shalini’s Moods Become The Readers’ – A Win For The Series

It is understandable that it would be challenging to subsume the spirit of Akbar’s work into a miniseries. The book explores Shalini’s inner and outer world; and the difference is stark because Shalini’s narrative, though portrayed in words, is happening in her head. She has lost 16 years of her life to the regime’s fixation with purity; she converses with Riz, her dead husband, often as if they are allies in her search for Leila, and with Leila, who has disappeared from her life. For the producers of the show, adapting this portrayal must have been a mammoth task because how must one depict the feelings, the imagined fears and the horrors of the mind on screen.

But Netflix’s Leila does this by creating an atmosphere of panic in the visual schema of the miniseries. Shalini’s psyche comes alive through the depiction of the places she inhabits. Through Aryavarta’s unscalable walls, the audience feels occluded; the walls of “a digitised city, some time in the near future” represent Shalini’s long separation with her family and everything she holds dear, the perfect geometrical precision of the city evokes suspicion and fear in the audience. Through the Vanita Mukti Kendra (purity camp) and the Labour Camp, when Shalini feels confined and trapped by her fate, the audience feels this too. As Shalini walks into the Slums, amongst the doosh, we, the audience, walk with her through the wasteland, dilapidated houses and the pollution. The atmosphere and texture of the episodes are greyish, dark and murky – all windows for the audience to feel what Shalini feels. There are times when the camera comes close to Shalini’s face – her face is the only one on screen – at these points, Shalini and the audience become one: the nauseating unquiet, the overstrung anxiety and the apprehension is perhaps more the audience’s than Shalini’s. 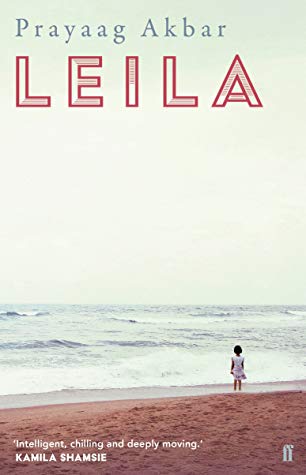 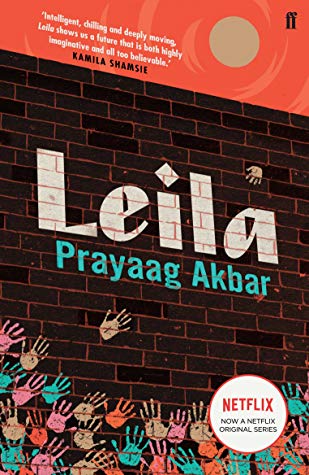 The Construction Of A Dystopia In Progress

Akbar’s book does a splendid job of constructing the dystopia through crisp, unyielding language. The political climate is built beautifully in the book, and indicates Shalini’s own learned helplessness in the face of a powerful regime – “Purity One is believed to have an inscrutable power. People come here to pray and plead. Take my own situation. I should be standing alone, yet here Riz is, by my side, etched sharp against the dusk as anything around us.” Akbar also designs the socio-political situation, without giving out many details – “On the roof a white flag flutters the Council’s insignia, black pyramid, white tip. Hundreds of people shoulder past each other to get to this room. In the great heave all we see is a trapezoid of blue light where the double door extends above the devotees. A cage-like barrier divides the room; behind the wire squares is the holiest part of the wall, centre of the lowest line of bricks, painted ochre-like red. They worship this brick. They call it the first brick of Purity One.”

This predicament of the book is delivered beautifully in the series. Aryavarta’s walls, the austerity of its politicians, the tactile sense of loss – indicated as collateral damage – in both high-level officials and slum-dwellers alike, and the barter of disciplined conformity with the comfort of resources (water, security, housing) has been fitted into the miniseries in a way that it respects the original text but also magnifies the sentiment of dystopia.

The miniseries takes liberties to reflect to its audience the state of affairs in the real world. The blatant discrimination of marginalised people, the intense hatred of intercaste and inter-communal marriages, the power that God-men share with politicians in a ‘democratic space’, the lynching of people different from the majority in the name of religion, the policing of women’s bodies, the separation of children from their parents – are all depicted on screen. At several moments, the global audience may forget whether the scenes are from present-day 2019 or from a miniseries set in 2047. Perhaps this is the reason why Leila’s presence on Netflix has been questioned by a wide range of people. Recently, a group of Indians also moved for a ban on the series for Hinduphobic content – it is almost bizarre to see how the real and make-believe intertwine in Netflix’s Leila.

Where The Series Falters

While it is understandable that a series cannot be completely faithful to the book, Netflix’s Leila falls prey to the trap of pleasing Indian audiences through the over-dramatisation of certain parts, such as Shalini’s time at the purity camp. In the book, Shalini’s existence blends with the regime’s discipline and obedience, in a way that reminds the reader of Winston Smith (from George Orwell’s 1984) and Offred (from Margaret Atwood’s The Handmaid’s Tale). The protagonists merge with the principles and objectives of the dystopia, only to be subversive and individualistic in private. In the book, Shalini is a representation of the oppression of the regime, and the readers see Purity One’s languishing human quality through her jaded perspective. In the series, however, Shalini’s subversion is explicit and feels very displaced.

Shalini’s tryst with the regime while looking for her daughter also feels extremely overdramatised in the series, as she moves through obscure information on the internet, to a child trafficking agency and various other sectors. In the book, however, Shalini gains access to the Records Tower, through the bureaucracy, to get more information on Leila. The book is a great primer on how neatly-designed totalitarian regimes work – they are simple to navigate because there are rules for everything. The series does not reflect this ease.

The series also alters major plot-lines. For instance, the character of Bhanu (played by Siddharth) and the rebel army is an introduction by the creators of the show. Though the book mentions the emergence of rebel groups within Aryavarta, these groups do not occupy any real estate within the original text, and Shalini does not engage with them. But the series establishes another arc within the primary plot line to accommodate Bhanu’s narrative of serving Aryavarta, while rebelling against it. Bhanu’s character is portrayed remarkably, but there was little need for the creators to add a new male character. The book honours Shalini’s journey as isolated and cloistered – like a representation of Purity One’s walled existence. Having a new character, especially cis-male, alongside Shalini, feels forced and takes away from the spirit of the book. 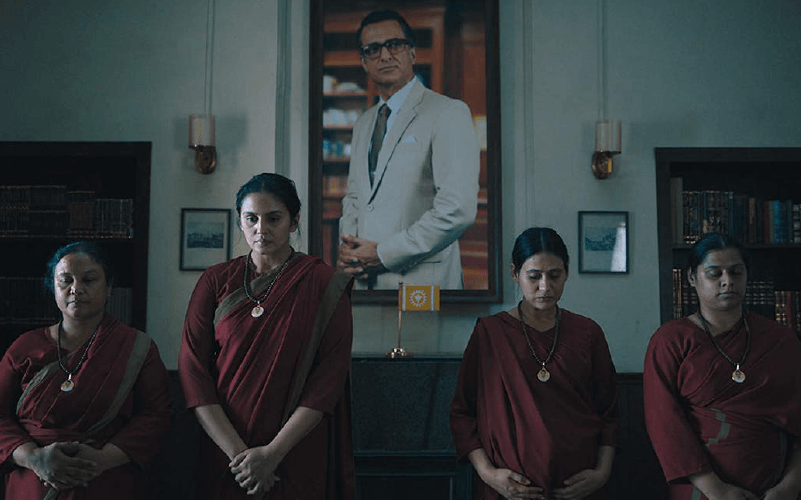 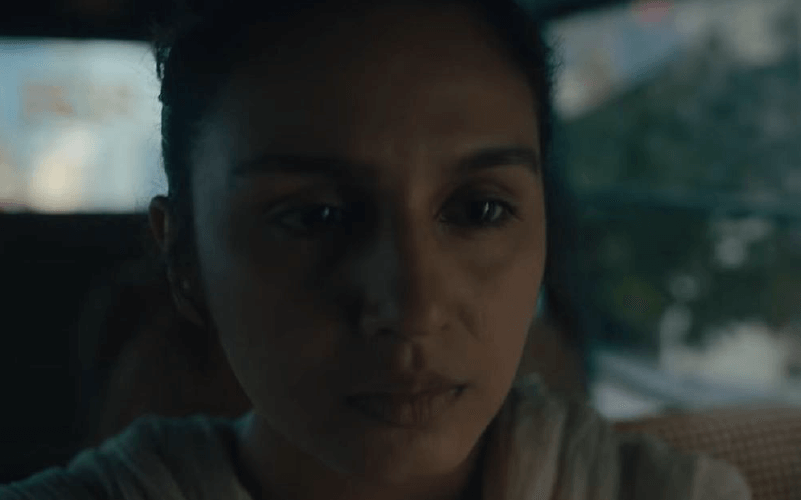 The Netflix series is not a very good adaptation of the book. While the series, on its own, is an exhilarating watch, it does not do a good job of adapting from Akbar’s original work. It leaves loose ends, introduces unnecessary characters who take away from Qureshi’s brilliance as Shalini, and downplays major parts of the book. As someone who devoured the book in one sitting and was horrified by the feelings it evoked in me, I was deeply disturbed by the miniseries’ inability to absorb from the original text. It tries to do too much in six episodes, but borrows too little from the book. That being said, the series depicts the construction of a dystopia in progress in an intrepid manner, truly reflecting the current atmosphere and socio-political situation in the world. From a large-scale water catastrophe to acquiesced segregation, and violence, stigma and abuse against the marginalised, Leila feels very real, very fast.