Did you know that many Bollywood films have found inspiration in Hindi literature? You might be familiar with Kati Patang and Pati Patni Aur Woh, but there are many other books that have inspired directors, filmmakers, and screenwriters. On this list, you’ll find not only movie adaptations of books by notable Hindi authors such as Munshi Premchand and Dharamvir Bharati but also some other movies that you may not be aware were based on Hindi books. 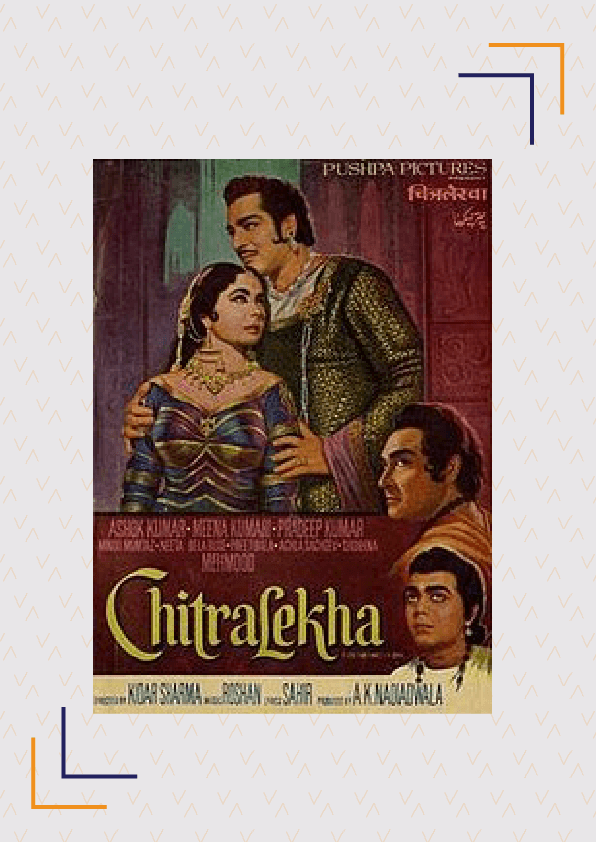 Chitralekha was made twice, in 1941 and 1964, by the same director, Kidar Sharma. The 1941 film starred Miss Mehtab, Nandrekar and A.S. Gyani, whereas the 1964 one had more famous actors like Ashok Kumar, Meena Kumari, Pradeep Kumar and Mehmood. The films are based on the 1934 Hindi novel Chitralekha written by Bhagwati Charan Verma. The story revolves around a courtesan, Chitralekha, who sacrifices her love for Prince Bijgupt when she realises that it could prevent him from carrying out his duties. In essence, Chitralekha is about life and love, and the duality of virtue and sin. 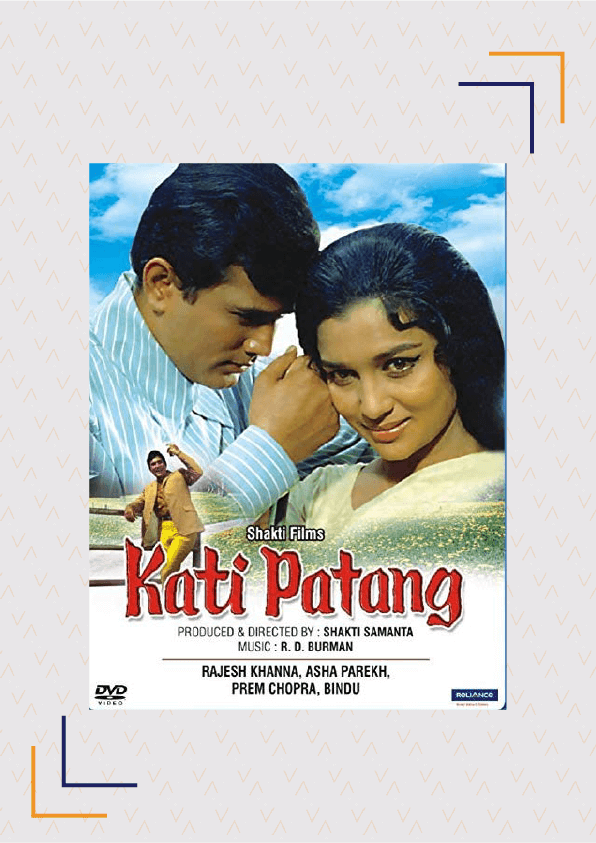 There is hardly an Indian who is not familiar with Rajesh Khanna’s Kati Patang, directed by Shakti Samanta in 1971. The soulful music and songs of R.D.Burman and Kishore Kumar tug at our heartstrings even after so many years. Gulshan Nanda, who wrote the book the film is based on, is also credited with writing the screenplay for the film. The film follows Madhu, played by Asha Parekh, who assumes the identity of a widow due to a misunderstanding. What follows is her attempts to hide the truth as her ex begins blackmailing her and a new romance is on the horizon. 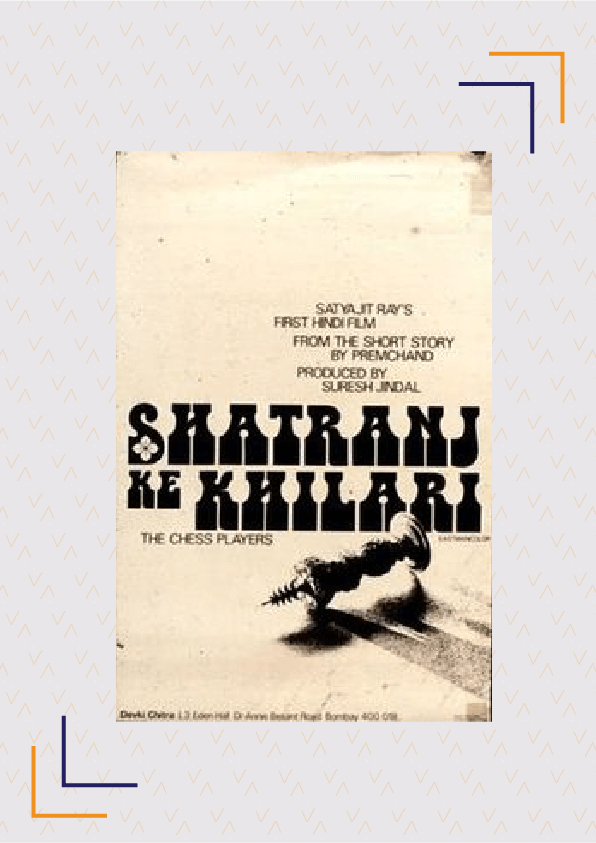 Satyajit Ray’s first ever Hindi film, Shatranj Ke Khiladi, was released in 1977 and starred Amjad Khan, Sanjeev Kumar, Saeed Jaffrey and Shabana Azmi. This film is based on Munshi Premchand’s short story of the same name and is set in 1856 just before the First War of Independence in 1857. The film is centred around two noblemen who are so immersed in playing chess that they neglect their duties and responsibilities and fail to act against the annexation of their home, Awadh, by the East India Company. 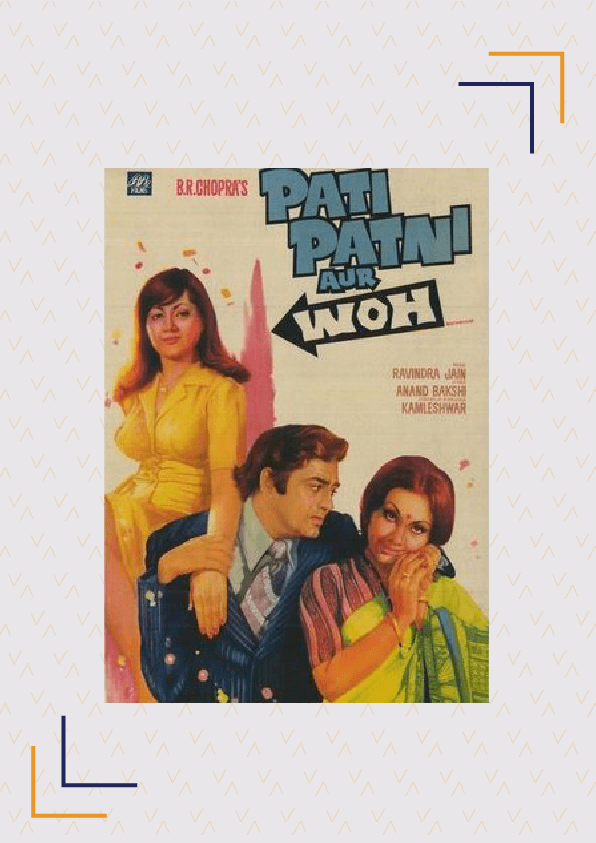 Pati Patni Aur Woh, B.R Chopra’s 1978 film starring Sanjeev Kumar, Vidya Sinha and Ranjeeta Kaur, is based on Kamleshwar’s Pati Patni Aur Vah. Kamleshwar also wrote the screenplay for the movie, which won him a Filmfare award.  The film is a comical take on extra-marital affairs wherein the main lead engages in an illicit relationship with his secretary while being married. The film follows the hilarious antics that he gets into to hide the truth from both his wife and secretary. 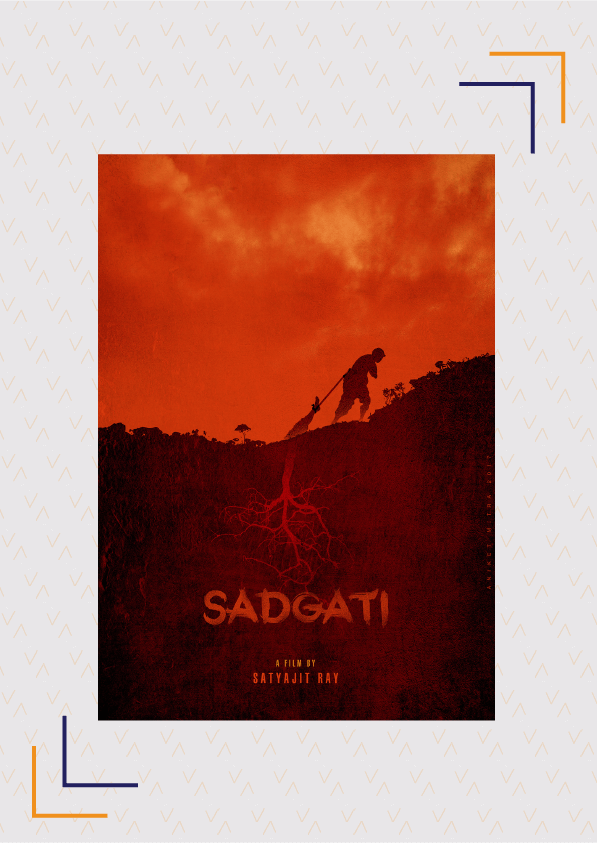 It seems like Munshi Premchand’s stories had a deep impact on Satyajit Ray, as his second Hindi film was based on the author’s story Sadgati. Starring Om Puri and Smita Patil, Sadgati is a scathing account of the tragic lives of untouchables in this country. Dukhi is asked to work for free in exchange for a favour from the local Brahmin. Tired and hungry, he accepts but dies on the job. The villagers, in an act of defiance, refused to take away his body for cremation in order to make the Brahmin realise his folly. The film explores the age-old custom of untouchability in society. 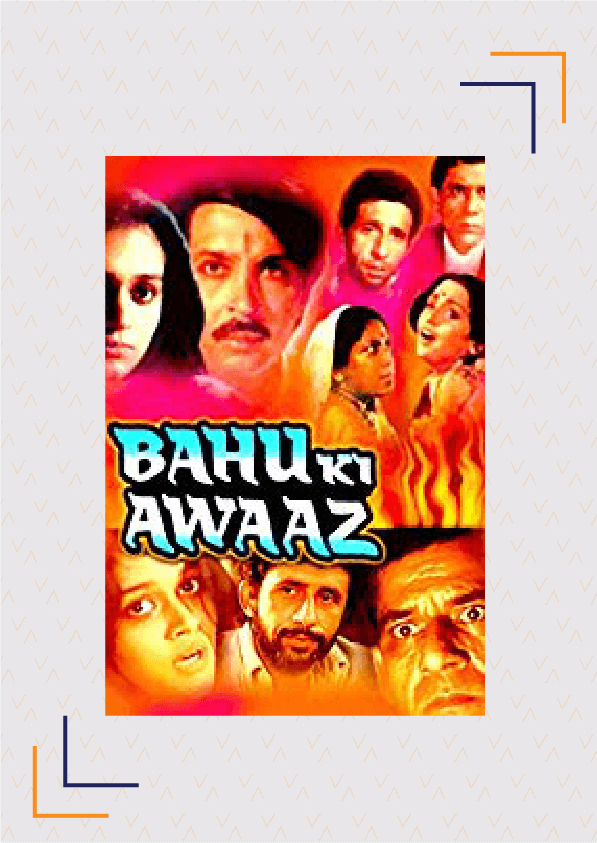 The Naseeruddin Shah, Om Puri, Rakesh Roshan, and Supriya Pathak starring Bahu Ki Awaaz is a 1985 Hindi film directed by Shashilal K. Nair. The film is based on the book Bahu Mange Insaaf by Ved Prakash Sharma. The plot revolves around a young bride, Kavita, who dies under mysterious circumstances after her in-laws find out that her family is not as wealthy as they had previously thought. Her friend, Madhu, who witnessed the act, now seeks revenge against Kavita’s husband and in-laws. 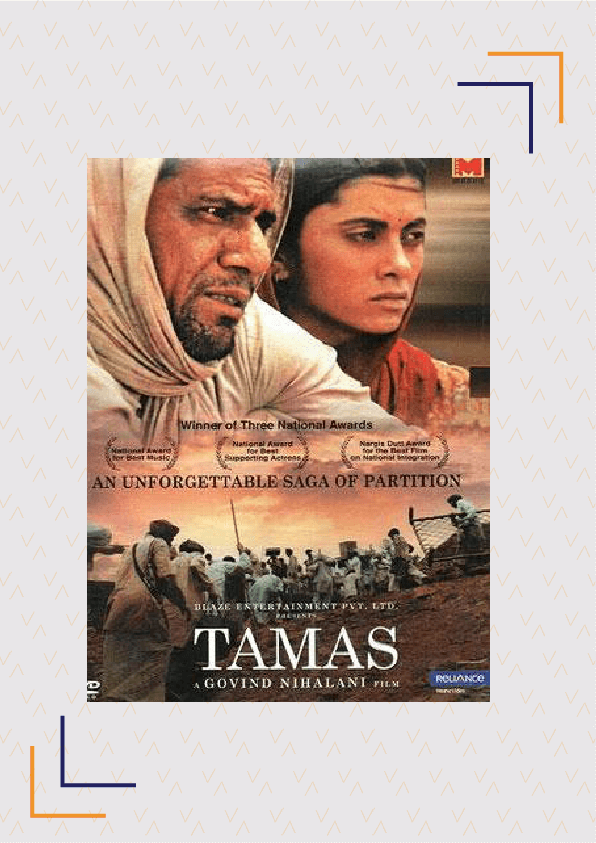 Tamas is a 1988 television film written and directed by Govind Nihalani, starring Om Puri and Deepa Sahi and is based on Bhisham Sahni’s 1975 Sahitya Akademi Award-winning book, Tamas. Tamas is told through the eyes of Nathu, a sweeper who was deceived by a Muslim politician into cutting a pig. When the dead pig is found outside the local mosque, the event sparks communal riots and Nathu is forced to run. 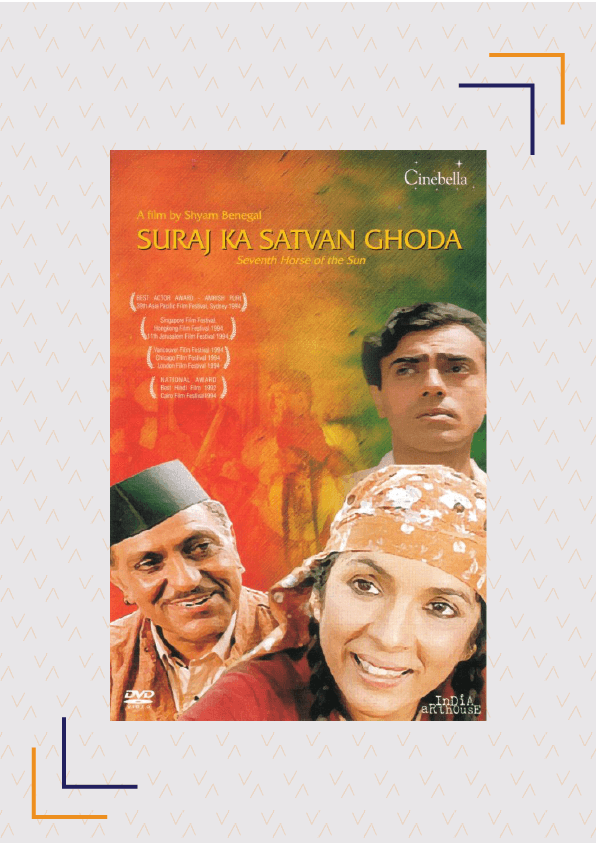 Suraj Ka Satvan Ghoda is a 1992 Hindi film directed by legendary director Shyam Benegal starring Rajit Kapur, Neena Gupta, and Amrish Puri in lead roles. The inspiration behind the film is Suraj Ka Satvan Ghoda, a Hindi metafiction novel by Dharamvir Bharati. Manik Mulla, a storyteller, narrates the tales of three women, each with distinct personalities and backgrounds, and the effect they had on his life. The film forces you to think about love against the realities of poverty and class distinctions. 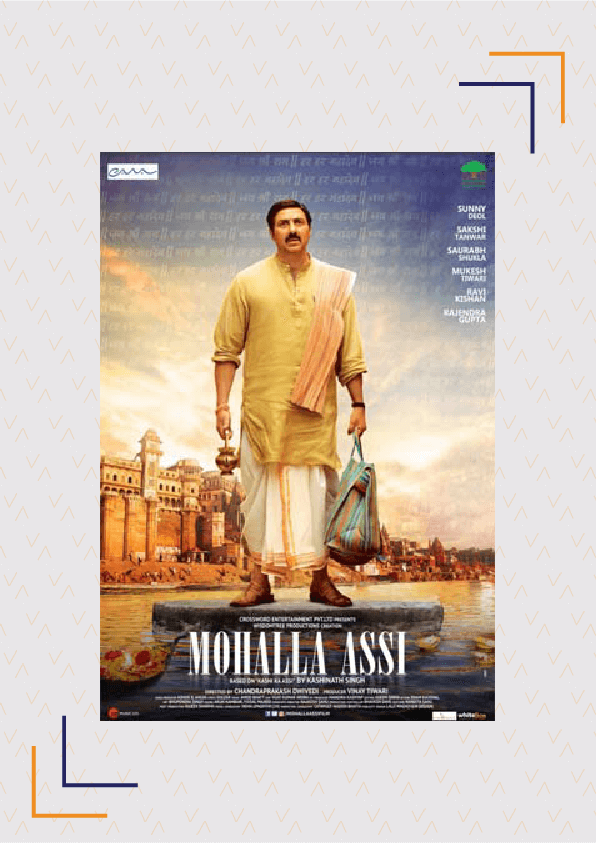 (Image via The Last Review)

Mohalla Assi is a 2018 Bollywood film starring Sunny Deol and directed by Dr Chandraprakash Dwivedi and follows the events of the Ram Janmabhoomi movement. The film is based on the 2004 Hindi novel Kashi Ka Assi by Kashi Nath Singh. It depicts a satirical take on fake gurus in Varanasi who con the tourists in the name of religious practices. The film talks of the communal undercurrents in Varanasi, the impact of Ram Janmabhoomi on the religious divide among the people and the price the common people pay due to religious turmoil.