Adaptation ScoreThe adaptation score is a scale used to measure the accuracy of the book’s adaptation into a movie. It is not a score which judges how good the book or movie is: 4/10

The novel, Sacred Games, is a 900 page-long, thrilling read. As the story slowly unravels you realise that Vikram Chandra has created a layered masterpiece, where each character is unique and complex, and any one of them could very much be part of your own life. The book is a homage to the city of Mumbai, when it was still Bombay – a city that is thrilling, dangerous, romantic, one where rich and poor are dependent on each other while sharing an equal measure of love and hate for each other. Each word, each paragraph, excites your senses and leaves you wondering what’s next. You get to know the characters little-by-little as random facts and details are revealed to you. It’s like getting to know a friend. You form an equation with them and are heart-broken as Chandra mercilessly murders some of them. You understand each character and feel disgust and empathy, in equal measure, for many of them.

Sacred Games, the Netflix TV show, based on the same novel, is also a thrilling treat. In the very first scene, a dog falls out of the window, dying in a splatter of blood amidst a bunch of school girls, his blood forming the shape of a barking dog, a shadow of itself, and you know the show is going to be a brilliant production. However, when viewed in absolute terms it is brilliant, but when viewed as an adaptation of the book, it fails on many levels.

Since we will be discussing the show and the movie, be prepared to come across spoilers! So read at your own risk. 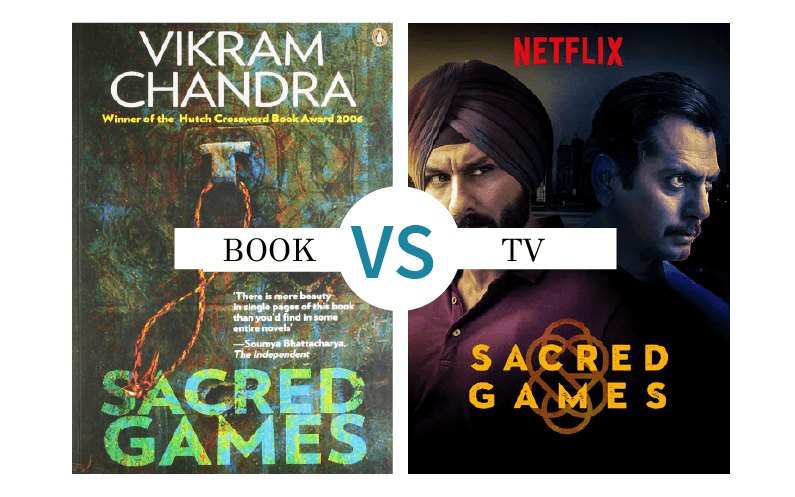 To start off, the TV show falls clearly into one category- that is a thriller. There isn’t much else to it. The book, on the other hand, explores so many different angles it is hard to peg it into one genre. Yes, of course, the over-arching theme is that of a thriller, but you have romance, character studies, even a history lesson or two, and the book feels complete and complex, just like one’s own life.

Take the scene in the book where the protagonist, the reasonably righteous Sartaj Singh, is sitting with his feet dangling over the rocks near Otter’s Club, taking in the sea and the horizon. Everyone from Bombay has sat near the sea and done this at some point of time in their lives. The book can be read as a romance between Bombayites and their city. Due to instances like this, Bombay feels like a character unto itself in the book. However, in the show, Bombay is merely the city it is set in. Take the relationship between our lead antagonist, the confused-in-his-villainy Ganesh Gaitonde, and the ‘madam’ Jojo- is it friendship, is it a romance, or is it a mutual dependency? The TV show doesn’t explore any of these angles, and hence doesn’t leave you feeling nearly as satisfied as the book does. Once you see it you forget it, the book instead, stays with you. 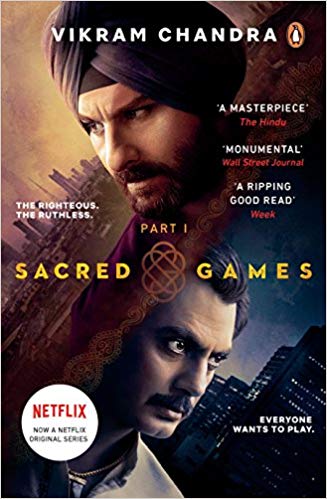 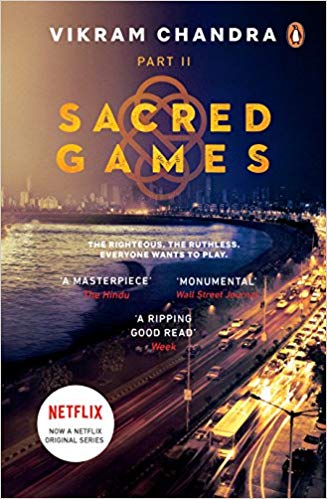 One of the biggest issues with the show was the character arc and development of the characters, especially that of Ganesh Gaitonde. He is the most interesting character in Sacred Games, the book, and I expected his screen persona to be similar. But it is sadly unidimensional and not layered at all. On screen, other than initially when he murders his mentor to gain control of a box of gold, he is primarily reactive to situations and doesn’t proactively work at making himself into a gang lord. For example, in the book, he and his gang quit alcohol because he realises one day that the stupor it left them in made them vulnerable to attack. On screen, he quits alcohol only after suffering a devastating attack from Suleiman’s gang. The book creates a much more intelligent crime lord, one who strategically works his way to the top, unlike the TV show where he just seems to have become a gang leader.

While focusing on his villainy, the screenwriter seems to forget that Gaitonde is human and has a vulnerable side too. He does touch upon his human side through his relationships with Kukkoo, Gaitonde’s first lover- a transgender female- and Subhadra, his wife, but he doesn’t explore it enough. The book spends a considerable amount of time showing Gaitonde researching ways and experimenting on how to increase the size of his penis so he can impress and satisfy Zoya Mirza, an actress he has fallen head-over-heels in love with. It shows an extremely insecure and vulnerable side of him while the show shows him as a man, all too confident in his machismo.

Similarly, Sartaj Singh’s character and relationships are very different, and frankly, quite underdeveloped on screen. In the book, he is a cop who wants to do good, but is morally questionable and accepts bribes, using his cop-status to do favours in return for money. On screen, he is overly righteous with no shades of grey. For example, the only time he lies is on behalf of Parulkar, his senior, in order to save a witness he promised he would save- his heroism justifying his lie. 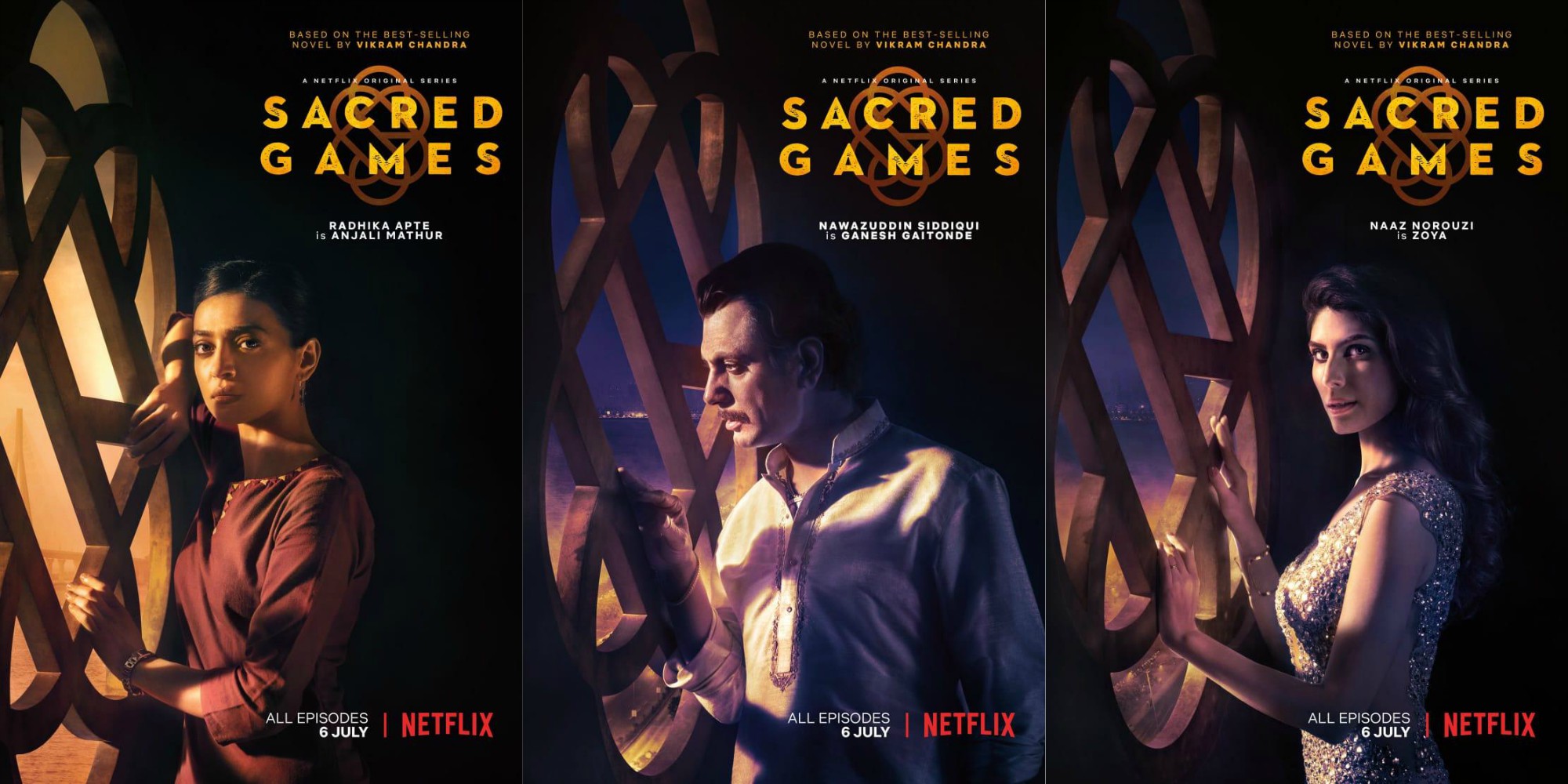 It is not only the character development but also the plot of the show that is a whole lot less interesting than the book. The book builds up suspense slowly and gradually reveals many shocking twists and turns. The show instead is fairly monotonous in its pacing and doesn’t really slow down, never letting us appreciate the complexity of the story. It tries to keep up with the LGBTQ movement by replacing Gaitonde’s main love interest, the actress Zoya, with a transgender, Kukkoo, but it seems pointless. The show could have added multiple layers of complexity to the plot and story had they focused on one character’s impact on the story and not had two different barely developed subplots- one of Kukkoo and one of Zoya.

The show also removes Gaitonde’s association with RAW and makes him seem like merely an agent of the enigmatic Guruji. This is a problem as it does not, unlike the book, explore the many different facets of the relationship between the underworld and police, both replete with informers, double-crossers and double agents. Gaitonde is working with RAW to bring down Suleiman Isa, and at the same time, unknown to them, illegally smuggling arms into India for Guruji’s Hindu cause. Removing Gaitonde’s association with RAW from the plot makes the show less interesting.

Sacred Games, the book, develops the investigation into why Gaitonde kills himself also in a much better fashion than the show does. The book shows Sartaj as a regular cop who leans on other members of the police, has his lover help him, and uses his network of informers, to crack the case. In the show, he falls into the trope of the ‘typical Hindi film hero’ who is pretty much a one-man army, fighting against a corrupt police force, single-handedly assisting RAW, and figuring out that Gaitonde’s lair is a nuclear bunker, all on his own. It seems unrealistic. 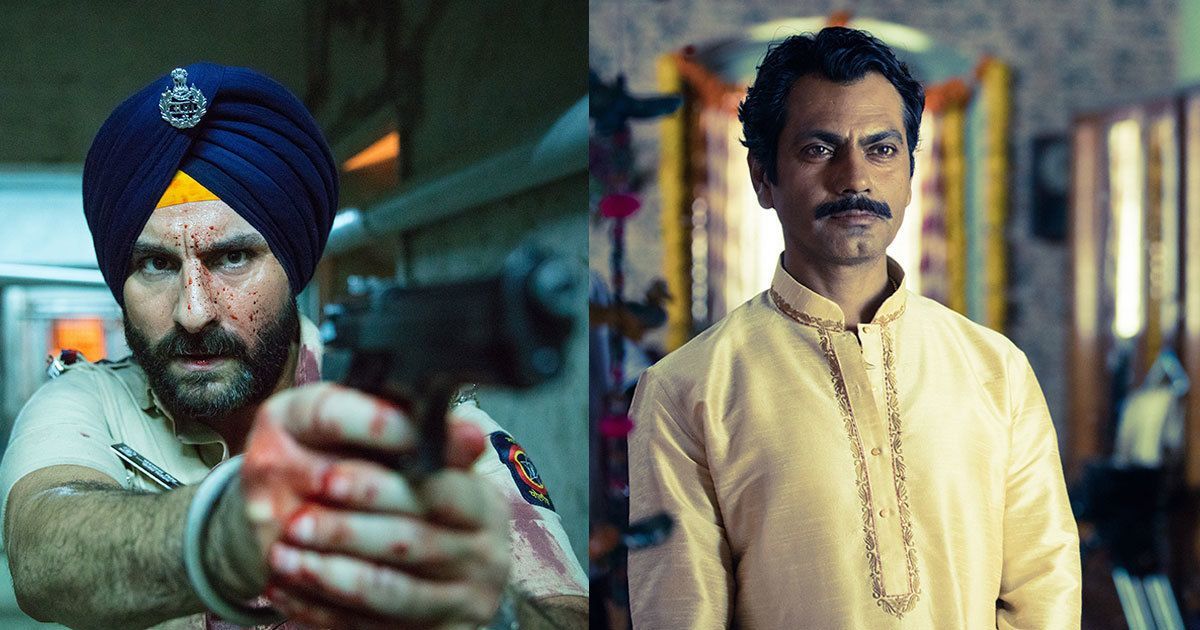 The book introduces and then rounds up each subplot very well. It completes each character arc and gives you a reason for their existence in Chandra’s universe. Through various insets, he goes from showing you the horrors of partition to sympathising with a man riddled with a terminal disease. It then completes each arc and while you may wonder on its importance to the core of the story, you have been introduced to a universe in which you are now immersed. The show falls flat on that account and the only two characters you really feel you’ve gotten to know are Sartaj and Gaitonde, and therefore you don’t feel invested in anyone else. For example, in the book, when a character as lovable as Sartaj’s underling Katekar dies you feel devastated. When Katekar dies in the TV show, you barely feel sad, let alone devastated, because the show doesn’t develop his story enough.

The book is glamorous and gross, happy and sad, uplifting and depressing, and all-in-all a great and rewarding read. As any good book, it stays with you, despite being ‘just a thriller’. While in absolute terms, Sacred Games is a brilliant TV show, it fails as an adaptation. Netflix hasn’t announced a Season two, but it is rather obvious from the cliff-hanger ending it is going to happen, and I do hope that this time they focus more on character development and plotting to bring it closer to the brilliance of the book.