The Demonisation Of Empowered Women In Literature

Awizard is someone with magical powers. The word is also synonymous with excellence and intellect. A witch, on the other hand, is a woman thought to have magical powers, especially evil ones. The word tends to be synonymous with evil, ugly or unpleasant. Clearly, there is a stigma attached to the female word “witch” while the male word “wizard” is perceived to be positive.

Harry Potter is a story about witches and wizards. J.K. Rowling created a gamut of wonderful witches with the celebrated Hermione leading the tribe. She created good witches, bad witches, fat witches, and kind witches. She also created great wizards, mediocre wizards, and truly evil wizards. By doing so, she broke gender stereotypes where strong women are viewed through a prism of disdain and demonised while strong men are adulated. Unfortunately, most authors continue to pander to these gender stereotypes.

From its very genesis, literature has been filled with women who ruthlessly exploit their sexuality to get a man to do their murderous biddings. After all, it was Eve who, persuaded by the snake to eat the fruit of the tree of knowledge, then went on to seduce the “innocent” Adam in to taking the bite that led to their banishment from the garden of Eden and started the ever contentious and arguably vile human race. 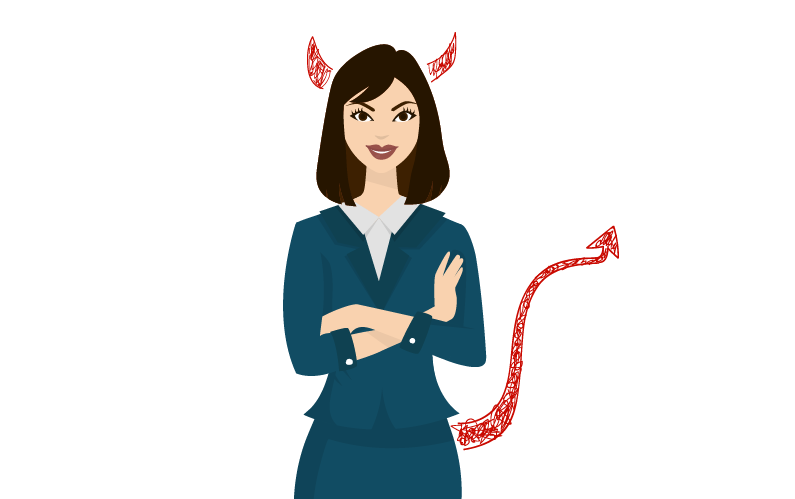 No Greys – Either Saint Or Sinner

In popular culture, be it books or movies, female stereotypes can be reduced to basic core groups. The “innocent and definitely virgin maiden” – self-sacrificing and the very embodiment of everything good and the “seductress”, who is basically the devil incarnate. The Seductress-Goddess is the opposite of the Virgin. She is bold, independent, and has a mind of her own. She also (metaphorically) takes a man’s life away by making him do her bidding and controlling his choices. She revels in and exploits men’s weakness through her great beauty and sensuality.

These stereotypes appear as diametrically opposed pairs, leaving no room for overlap. Consequently, women are portrayed either as blissfully happy or spectacularly unhappy- a range which finds at the happy end of the spectrum, the woman who gives up her career to raise her children and, at the unhappy end, a single career woman who has made choices against the prevailing norms. Domestic women become the poster child for virtue while ambitious and independent professional women are considered a danger to society, and often, to themselves as well.

Novelists are rather hard on “strong women”, often rebuking and condescending them for their choices and treating their independence and sexuality as a transgression. In most novels, male characters are given the freedom and independence to explore and become what they like. They are allowed to make mistakes, and nearly always end up absolving themselves of any or all crimes they might have committed.

Female characters are confined to stereotypes and have to often go through the litmus test of purity. If considered “pure”, they are praised and given top billing, of course, always secondary to the man. If considered “impure”, they are demonised and treated with disdain, a narrative that more often than not culminates in the woman “paying for her sins”. The narrowness, the confining nature of women’s stereotypes in literature is as nullifying as the imagined strictures on her in real life. Being a “man” is encouraged in both novels and real life. Being a woman is considered a slight and women are often encouraged to rise above it. However, in a cruel twist, women who do take on perceived male characteristics of aggression, ambition etc., are not celebrated but demonised. 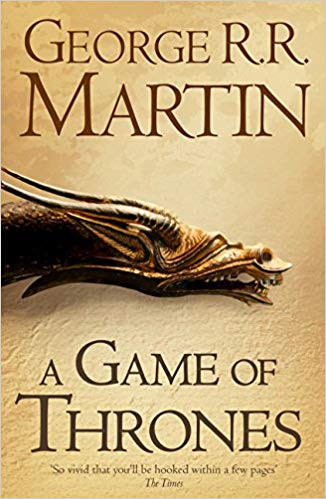 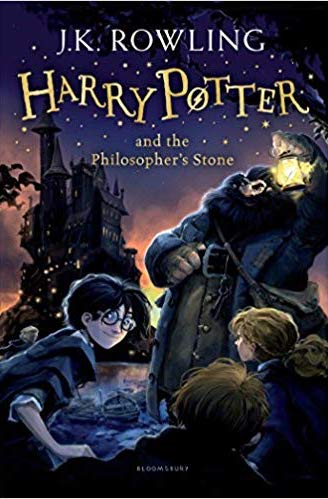 Manipulation of men, using her considerable tool chest of “wiles” to do both good and evil deeds, appears to be the weapon of choice, with rare exceptions, for most powerful women. The most contemporary example of this is George R. R. Martin’s A Song Of Ice And Fire. If a woman is cunning, intelligent, beautiful, and not afraid to explore her sexuality, then she has to be a “Cersei”. If one is generous, then she can also be a “Daenerys”. However, if she is cunning but also virtuous and feminine, then she gets to be a “Sansa”, the true heroine.

Then there is Rebekka who played a trick on the dying Isaac to induce Jacob to impersonate his brother Esau to get his father’s blessing or the infamous Lady Macbeth. In the wonderfully curated Magical Women where editor Sukanya Venkatraghavan, in her introduction, writes that a book such as this is necessary to reclaim narratives in a world that is afraid “of a female who knows she is powerful”. However, there are stories that, despite their best effort, paint women with the “demon” paintbrush. In the story Earth And Evolution Walk Into A Bar, Mahi (the Earth) walks into a bar to meet Sangatarash (Evolution).

“A woman entered the restaurant. She wore an elegant, hand-woven, golden and peach linen saree with the tiny embroidered flowers scattered across the pallu. As she made her way towards him, people stared unabashedly. Not just because she was gorgeous, but because they could not understand the way she seemed to know each of them – …. Unlike the others in the café, he could see her true self. Beautiful but terrifying. Her eyes, which were usually pools of gentle rivers, were reminiscent of stormy seas…. She was angry”.

Somehow, whenever we talk about angry women, especially those who are lashing out for a cause, we allude to their enhanced beauty or sexuality. Is it that in anger women tend to exude more sexuality? Or, is it that when a woman intends to become aggressive, she needs to distract the man with her beauty and sexuality? It is almost as if her anger demonises her but her beauty serves to soften the blow and tells the readers to not judge her too harshly. 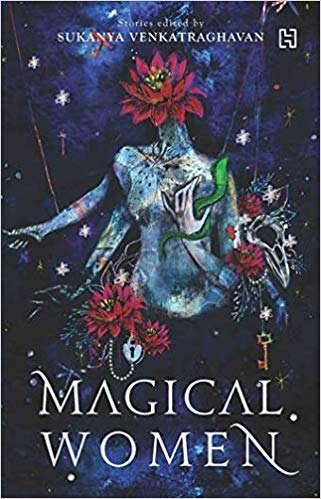 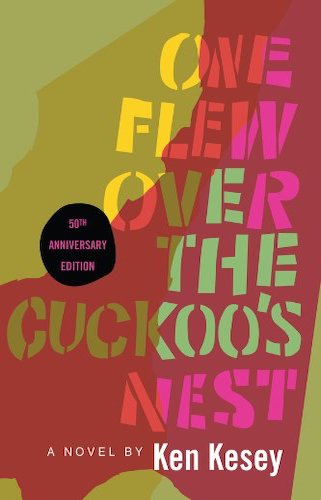 Ken Kesey, in his 1962 novel One Flew Over The Cuckoo’s Nest, deftly explored the issue of mental illness, human behaviour, and the human mind. However, it is not just a social commentary about mental illness but also a response to changing gender roles. The book clearly demonises powerful women and ultimately uplifts powerful men. In the book, strong female characters are demonised as “ball-cutters” promoting the idea that women who do not adhere to traditional female roles are not worthy of any respect. Also, such women tend to emasculate men and are perceived by men as the ultimate enemy.

One of the patients in the book, Bomden, has a mother who constantly undermines his father, the chief of the Columbia Gorge tribe and a once-powerful man. The author tells us that Bromden’s mother dominates her husband and her son by acting in non-traditional ways. As an example of a non-traditional way, he cites her use of her maiden name for the family’s last name instead of her husband’s. The great and mighty chief is clearly emasculated by his wife’s preference of using her maiden name and this drives him to feel weak and helpless. The woman is castigated and demonised for making a simple choice. Another theme that the author perpetuates is that overpowering women can be a destructive force that push otherwise normal men into insanity.

In visual arts, motion pictures and even in literature, women find it extremely hard, if not impossible, to escape the male gaze. When writing about men, authors usually focus on giving an insight into his character and on making the character relatable. However, when writing about women, authors tend to focus on the woman’s physical attributes, eviscerating her and turning her into an object of male pleasure. Words like beautiful, wholesome, dainty, and soft are used to paint women in a positive light and words like aggressive, strong, confident, ball-breaking, and empowered are used to convey negativity. 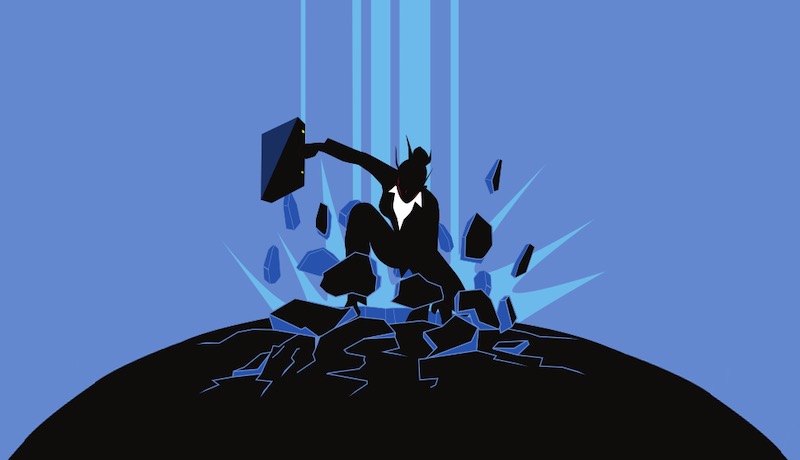