How Motherhood Is Portrayed In Indian Literature

Indian culture has long glorified the role of a woman as a mother. She is deified as a goddess, sanctified as nature and nation, eulogised as the provider of life, food, tenderness, and affection. This interwoven cultural fabric is so thick and durable that it has muffled the experience of motherhood from the classical era to the modern day.

The social construction of Indian motherhood has been influenced by antiquated texts. Myths and religious fables play a huge part in dictating a burden of diffuse ideologies for women to follow. The Ramayana and The Mahabharata, with their Sitas and Draupadis, help perpetuate and internalise roles, responsibilities, and identities of womanhood. The epic matriarchs: Kaikeyi, Kausalya, Kunti, and Gandhari are ever-present in Indian consciousness. They are glorified but hardly empowered, never free. The Sanskrit Manusmriti states that “Of the seed and the womb, the seed is superior. All creatures of life assume the qualities of the seed.” Texts like these were actually considered a source of law, and have been so indoctrinated in our consciousness that it will take serious work to undo their impact.

Only literature can battle literature. Through their stories, Indian writers, male and female, challenge, question, or even simply bring awareness to age-old ideals and beliefs. 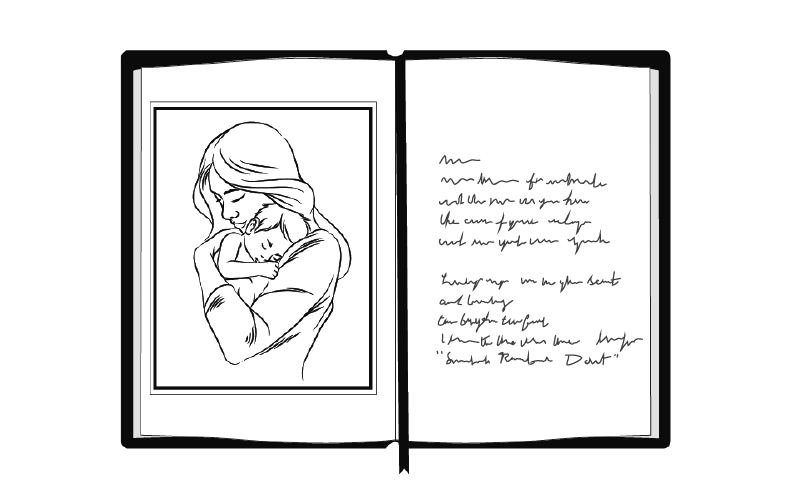 For the longest time, India was a land where all women were mothers. Motherhood was the prime role and final destination for a woman. R.K. Narayan portrays this through his book The Dark Room (1938), in which the weight of society, culture, tradition and past is depicted through Savitri, the epitome of sacrifice, endurance, and submission. Narayan explores how man assigns woman a secondary place and keeps her there with such manipulation and subtlety that she herself begins to lose all notions of her individuality and independence. Savitri initially defies societal norms and destroys the taboo of revolting against one’s husband. She leaves her family and sets off on a quest for her identity. But while Savitri practices an open rebellion she is too weak to sustain it. “A nostalgia for children, home, and accustomed comforts” seizes her and she returns home. This alternating domestic comfort and claustrophobia are shown through her circular journey – a metaphor for entrapment. The burden of deep-rooted tradition and internalised ideology forces Savitri to return to a servile domestic identity in an abusive marriage.

The status of women in Indian society underwent a perceptible change with the spread of literacy, legislation, and the experience of the freedom movement. After Independence, there was an increased consciousness regarding the restrictive understanding of motherhood.

A major concern amongst Indian writers in the 1940s and 50s was to depict the plight of the powerless and uneducated woman. In Kamala Markandaya’s Nectar In A Sieve (1954), the character of Rukmini is the traditional figure of sustenance in an agrarian society. Socio-economic concerns of the age are portrayed through her and she becomes the representative of so many other Indian mothers of the 50s – battling the crashing waves of nature, poverty, and history. Markandaya draws a relation between women’s pregnancy and soil fertility. Daughterhood, wifehood, and individuality all pale in contrast to motherhood. Rural reality is displayed starkly where every infertile woman is under fear of a cheating husband, of being a failure as a woman.

Female characters were depicted as family-oriented human beings, who did not so much as destroy the patriarchal power structure but became aware of and questioned it. But in the fiction after the 60s, writers began to bring women into the public domain, and explore other dimensions of her inner psyche. 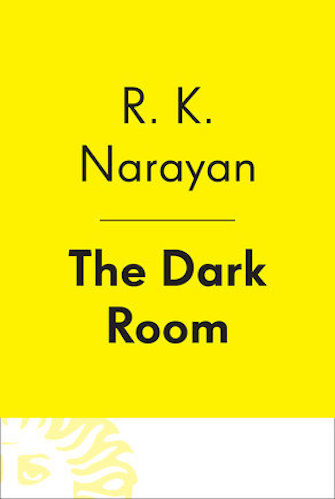 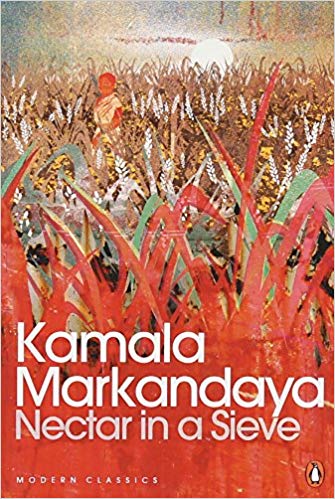 Challenging What Is; A Set of New Paradigms

In Mulk Raj Anand’s The Old Woman And The Cow (1960), the protagonist Gauri is projected to be the cow – soft and docile – a meek and mute sufferer at the hands of her abusive husband and mother-in-law. Turned out of the house by the husband who suspects her chastity, she returns pregnant to her childhood home. She gets a job as a nurse at a hospital and this economic stability helps her emancipate herself. Anand rejects the Ramayana myth when Gauri says, “I am not Sita that the earth will open up and swallow me. I shall just go out and be forgotten of him.” She walks away from her husband, much in the same way Ibsen’s Nora symbolically slams the door at the end of A Doll’s House, ready for a life of independence and single parenthood.

Anita Desai is known to explore the psychological aspect of a woman. In Where Shall We Go This Summer? (1975), she deals with a mother’s identity crisis amidst loneliness, alienation, and boredom within the family as well as society.  The protagonist Sita rejects and de-mythifies husband and his home. Desai portrays Sita as overcome with the pointlessness and hypocrisy of middle-class life, her mundane marital relationship, and debilitating purposelessness. She is filled with fear, rage and repugnance at delivering a fifth baby. Desai voices the mother’s deep psychological insecurity and the very real prenatal blues that almost drive Sita into a neurotic state. She voices the simple issue of unbearable pain during pregnancy – something that is often overlooked while talking about motherhood.

In Writing From The Margin & Other Essays (2003), author Shashi Deshpande writes:

“When I became a mother, I found such a discrepancy between what I was told about how mothers felt, and what I really felt, that I was deeply disturbed. It was only as a writer that I could get across this disturbing split and approach reality. And I realized that motherhood does not turn you overnight into a different person. It does not make you a nobler, stronger, more loving and lovable individual. You are the same person, except for the enormous bond that suddenly appears between you and the new born. In fact we know that mothers can be selfish, jealous, possessive, that they can even at times be cruel.“

The whole range of human emotions is as much situated in a mother as in any other woman. Deshpande explores the complex and fragile relationship between a mother and daughter, who have both recently been widowed, in her short story My Beloved Charioteer. Aarti, the daughter, nurses a grudge against the world, and prefers to live in a daze of memories. Ajji is sympathetic to her daughter’s grief but wants her to rise above it. Aarti cannot understand how her mother can get over her father’s death so easily. Ajji then discloses the reality of her oppression to her daughter and shatters Aarti’s idealised version of the character of her father. “This is another type of growing up when you see your parents as people,” she says. Ajji also confesses that she used to be envious of the healthy relationship based on equality shared by Aarti and her husband, and was actually elated when he died.

Another short story that features a mother breaking her daughter’s perception of her parents is Anjana Appachana’s Her Mother. Misogyny and sexism are seen through the lens of the mother character, how she is treated by her husband, how her daughters face the same struggle but are oblivious to their own mother’s predicament. “With all your talk about women’s rights, she wrote, you refuse to see that your father has given me none.” 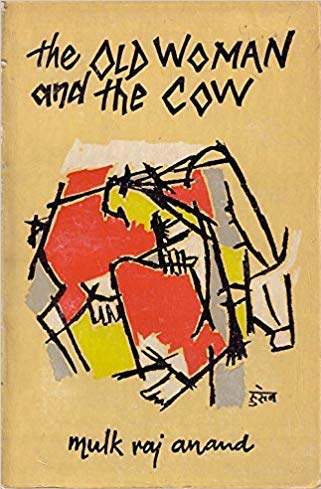 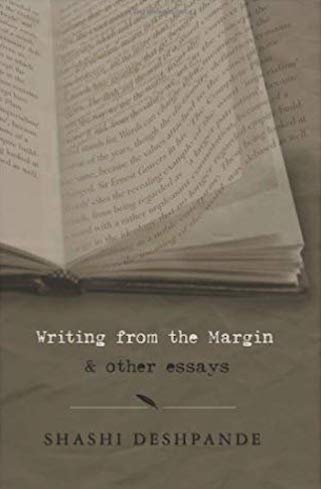 The 21st-Century is seeing a change in the image of women in fiction. Writers have moved away from traditional portrayals of enduring, self-sacrificing women, and toward conflicted female characters who are in active search of their identity. Recent writers depict both the diversity of women and the diversity within each woman, rather than limiting them to an ideal. Breaking stereotypes and the depiction of this rejection of subordination and conformity is a step towards recontextualising motherhood.

Jerry Pinto offers a wholly different perspective on mothers in his book Em And The Big Hoom (2012). In this semi-autobiographical debut novel, he portrays the relationship between a mother struggling with mental illness and her family struggling to help her cope with it. Through brilliant dialogue and diary entries, Pinto brings out the mother Em’s Catholic upbringing, her nervous breakdowns, her guilt over abortions, and her suicide attempts. Unlike most sufferers, Em calls herself “mad”. Unlike most mothers, Em has no interest in cooking or personal hygiene. She smokes, and she talks a lot about sex. Also, it is not Em, the mother, who is the caretaker, but the son. Em is a startlingly intelligent woman. She has bipolar disorder, but she is also a mother.

The concept of motherhood not as part of identity but as identity can be a debilitating, eviscerating thing. When a woman denies or is ambivalent to the conceived notions of self-abnegating, self-effacing motherhood, she is considered a deviant in society and ostracised by her own family. Gauri from Jhumpa Lahiri’s The Lowland (2013) is meant to be like her goddess namesake, the symbol of domesticity and purity, a motherly ideal. Despite major trauma, she is expected to forgo her own suffering and be a “good mother”. Unsupported and alone, she is trapped within the concept of motherhood as the destiny of woman. When she leaves her child to be alone for a moment of respite, she’s guilty of being inadequate. She’s blamed for not being able to measure up to the standards of motherhood by her husband, a man who never once considered, that a Gauri can be as much of a Kali, as a Parvati. 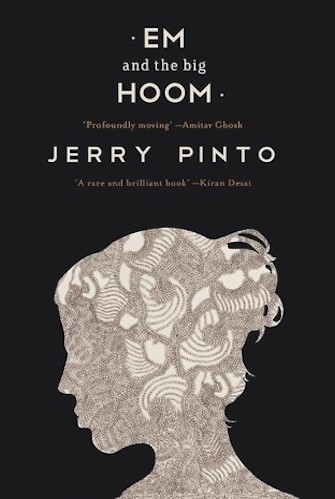 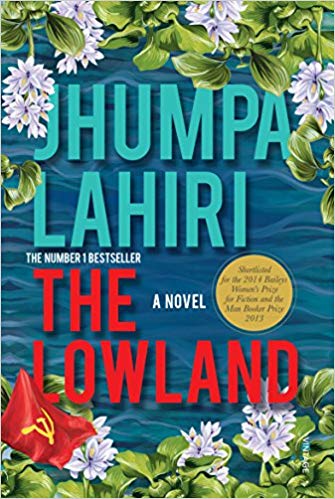 The role of ideology and social forces in restricting women to the domain of reproduction has long been evident. Indian writers can help Indian mothers redefine themselves by challenging the cultural, psychological, social, and biological myths about motherhood. Already the fiction of today is bringing an acute consciousness: to domestic and institutionalised injustice, to the internalisation of notions of female roles and gendering that have been prevailing in our nation for aeons. Techniques such as re-interpreting mythology, subverting canonical versions of womanhood, and using traditional names and stories ironically, helps writers deemphasise and invert beliefs on motherhood.

Different facets of a mother pertaining to the private and public sphere are being explored, in urban as well as rural settings. Hopefully, we will see more stories on the varying, vacillating dimensions of a woman’s mind, which will broaden the delineation of the identity of “the mother” in Indian literature. 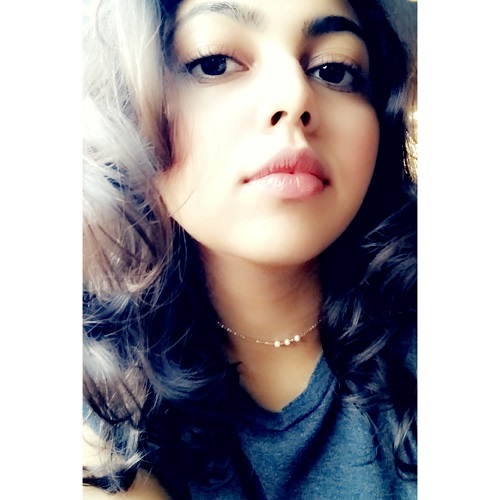