The Classics: To Read Or Not To Read

In The Penguin Classics Book, author Henry Eliot shares an anecdote from the 1950s when the then Penguin editor-in-chief William Emrys Williams worried, “How many more titles in the classic literature world are there?” This was after 60 Penguin Classics had already been published.  In fact, by 1964, over 130 titles were in print, selling almost a million copies a year. They had also been translated into Pali, Arabic, Sanskrit, Chinese, Latin, French, Greek, Russian, Italian and Spanish. Clearly, Williams needn’t have worried as literature continues to flourish and more and more books join the league of modern classics. 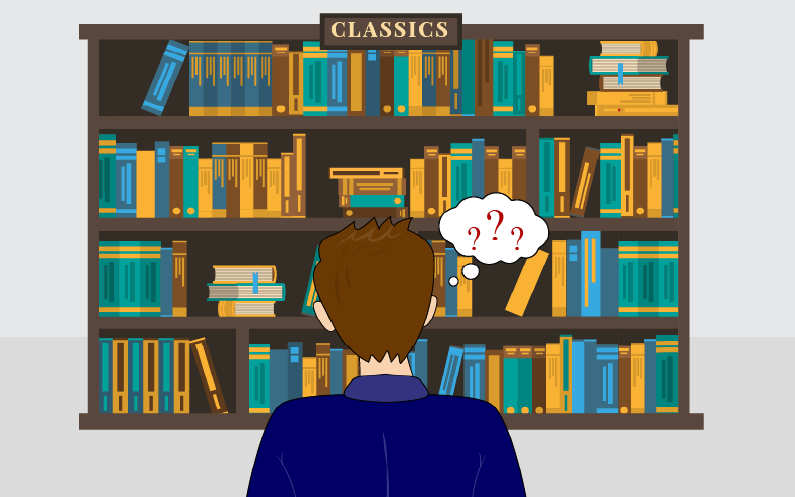 I haven’t read too many classics. While I have read some like Alice’s Adventures In Wonderland multiple times, I find myself reluctant to get into others like Crime And Punishment. I haven’t been able to wrap my head around Charles Dickens though I do appreciate his writing. I have both hated and loved The Old Man And The Sea. I have definitely read many more modern classics- books like 1984, Animal Farm and Down And Out In Paris And London by Orwell, A Clockwork Orange by Burgess, and many works by William S. Burroughs including Junky and Naked Lunch. Even so, I am often judged for not having read James Joyce or even, to my personal shame, anything by Jane Austen. Yes, I have never read Pride And Prejudice. I know the story, I disagree with Mr Darcy’s status as a heartthrob and I can talk about the book as if I have read it but my knowledge of the book comes from reading about it and not from actually reading it. Perhaps, you think that I am not a ‘true reader’ if I haven’t read some of the most seminal works of classic literature.

In a conversation with The Curious Reader, Eliot, who is also the Creative Editor at Penguin Classics, said that this kind of judgement is counterproductive. He opines that it has to do with the status of classics as ‘high-status artefact(s)’ and that’s an unhelpful way to think about them because it makes them seem remote and difficult when, really, all they are are the books which have survived because they are the best. 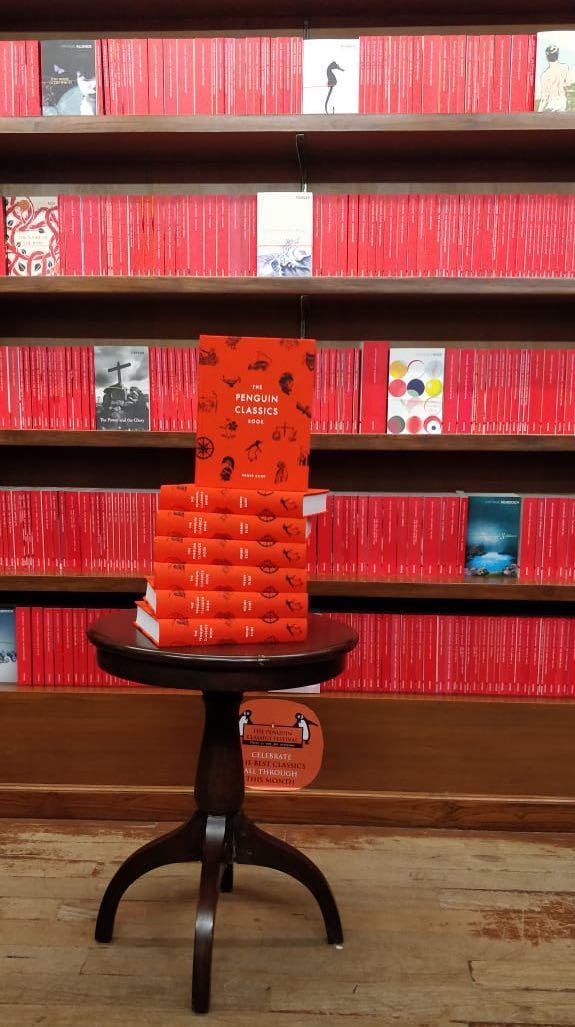 Do The Classics Matter?

What is the relevance of the classics today and should we even bother reading them? The language may be difficult and the style of writing can be tedious. It could even be argued that it is difficult to relate to the classics as many of them cover circumstances and cultural norms we no longer identify with. So why toil through Dr Zhivago or The Hunchback Of Notre Dame when you could be reading The Da Vinci Code?

In his essay, ‘Why Read The Classics’ originally published in the New York Review Of Books in 1986 and later expanded into a book with the same title, Italo Calvino provides 14 reasons for reading the classics. One of the reasons- A classic is something that persists as a background noise even when the most incompatible momentary concerns are in control of the situation- is particularly significant because he reasons that classics provide historical perspective especially at a time when we are inundated with information. This seems especially relevant today as social media has taken over our lives, attention spans have reduced and we are overloaded with distractions in the form of news and other information promising to make our lives better.

Not only that, they serve another crucial purpose- they connect us with history and give us cultural context. Whether it is books on World War I like All Quiet On The Western Front or those set in pre-Independent India such as Anandamath by Bankim Chandra Chattopadhyay, classics can provide us with perspectives missing from our history books.

Eliot says that the reason classics survive at all is that by reading one, you are making direct contact with a great writer and a great thinker from another time and another place. So, every classic you read expands your experience of what it means to be human. It expands your horizons, your soul even. You see the world in different colours; you have a richer experience of life. In fact, he almost sort of prescribes classics for improving your life. You enrich yourself by reading them. 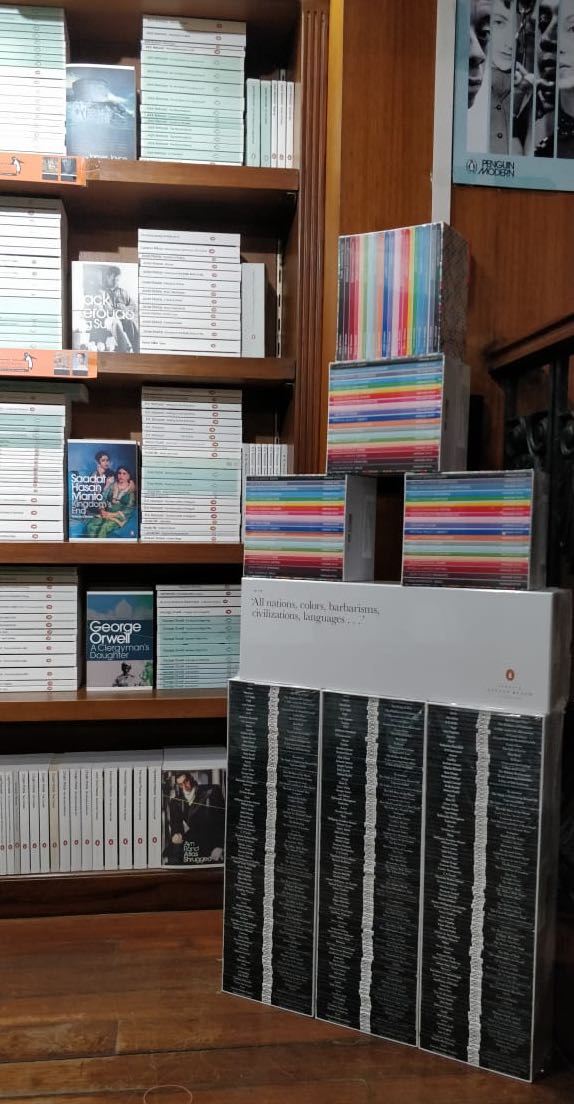 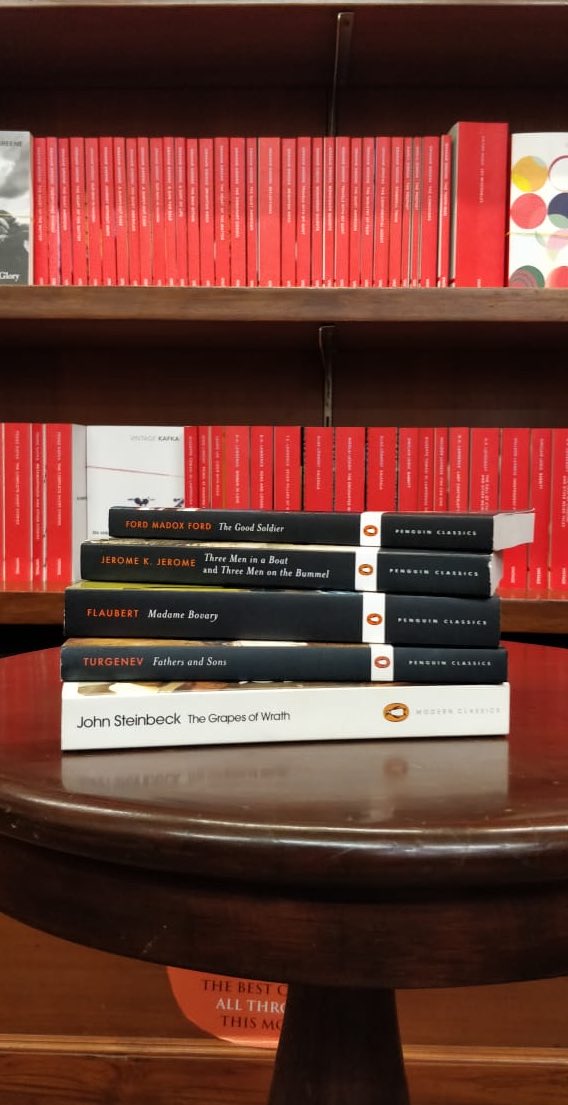 Eliot acknowledges that many classics can be long and tedious to read especially if the language is difficult. Furthermore,  sometimes the cultural context is a bit of a hurdle. He shares that one of the ways Penguin Classics attempts to overcome this hurdle is to include apparatus around the text. There will be an introduction which will give context along with appendices which break down complicated family relationships through family trees or provide a list of characters for easy reference. He hopes that his book The Penguin Classics Book helps demystify classics and gives people a reason to overcome their fear of them and find a way to start reading them.

Publishing houses are also getting creative in a bid to make classics more attractive and accessible. With fun, innovative covers and bite-sized versions of the books, readers now have many options to choose from. If you are looking to experiment with a new author but don’t want to make a commitment without trying a sample, Eliot recommends the Vintage Minis or Penguin Moderns, which are designed to give people an introduction to writers hoping that eventually, they would then read them in full. Priced at a very affordable Rs. 50 per book, Penguin Moderns are slim pocket-sized reads, which are perfect for a short commute or for a brief plane ride. Besides, you can say you’ve read Tolstoy without having actually read War And Peace or Anna Karenina.

Eliot believes that if you just make the effort to get into the classics and stick with them for a bit, you are likely to start enjoying them. At the same time, he says that if you’ve given them a fair shot and still don’t like them, it’s perfectly okay if you don’t read them. People are readers as long as they read and should read whatever they enjoy.

If you’re looking to get started on the classics, take a look at our roadmaps based on recommendations made by Henry Eliot for teenagers and adults.

Penguin is currently holding a month-long Classics Festival at various bookstores around the country. Head to Kitab Khana in Mumbai, Full Circle in New Delhi, Blossoms Book House in Bangalore and Starmark in Chennai and Kolkata, to get your hands on a never-before-seen collection of classics.

Special thanks to Henry Eliot for speaking with us.

All photographs were taken at Kitab Khana and provided by Mansi Shetty.