2018 is almost at an end and the books releasing in December round the year off perfectly. In December, read a post-apocalyptic superhero saga set in India, find out how a sting operation is carried out, and explore the golden era of Bollywood through a collection of carefully curated articles from hitherto lost Urdu magazines. We also have an expose on Asaram Bapu, acid attack survivor Reshma’s memoir, and a book which will make you rethink how you view the Indian Constitution. 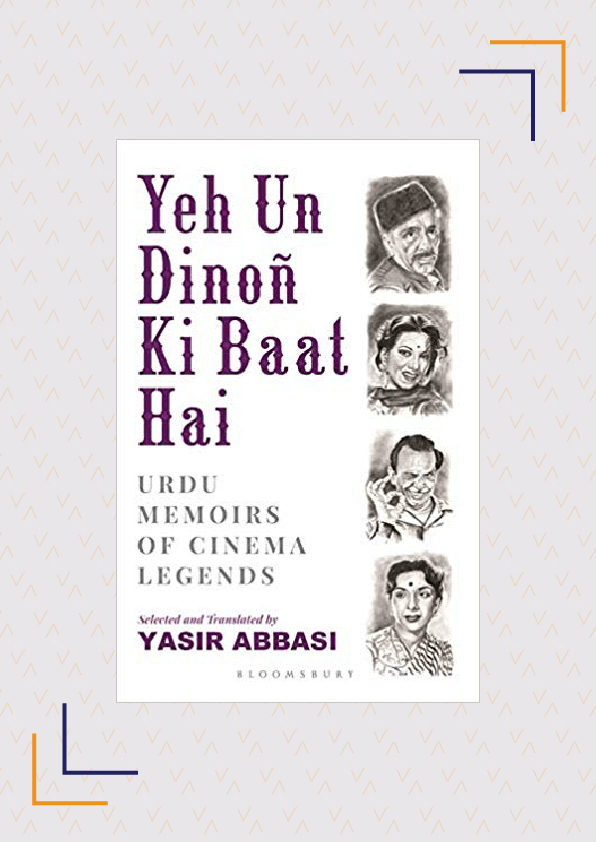 Yasir Abbasi has left no stone unturned in tracking down lost urdu magazines from the golden era of films (1930 to 1990) that had fallen through the cracks of time. Yeh Un Dinon Ki Baat Hai is a compilation of memoirs and anecdotes of Bollywood’s sweethearts at their alluring best. Abbasi tracks down tales from obscure places and treats us to stories ranging from a sad depiction of Meena Kumari written by Nargis, to an account of an evening with Manto, and Balraj Sahni’s piece on the importance of Hindi and Urdu in the film industry, among so much more. This is a blast from the past and certainly a must-read. 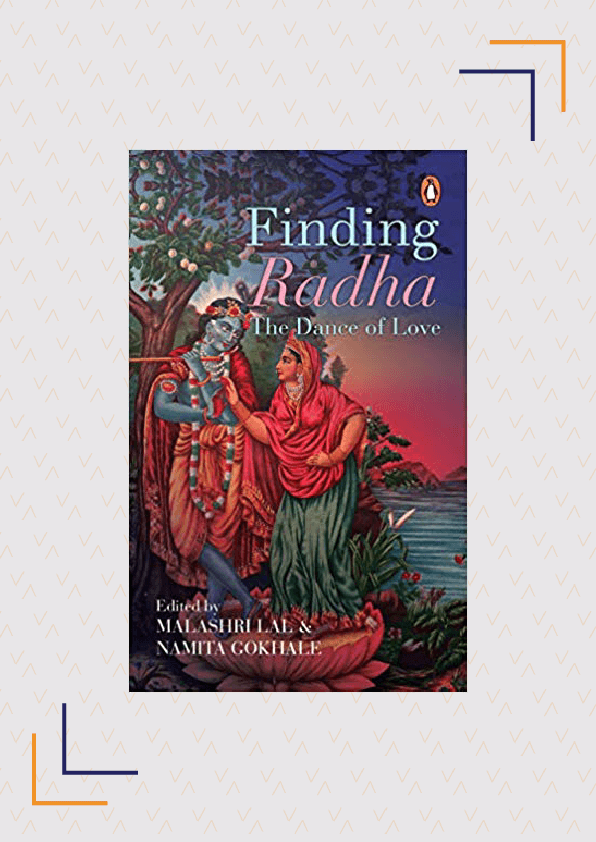 Finding Radha: The Quest For Love

From the author of the famed Paro: Dreams Of Passion comes a captivating anthology on Radha, the embodiment of spiritual and soulful devotion. Finding Radha delves into why millions of people have placed Radha on a pedestal especially when it comes to her love for Krishna. The book explores how Radha defied every social norm to be with Krishna, and became the symbol of alluring and everlasting love, transcending centuries.Authors like Pavan K Varma, Yudit Greenberg, and Devdutt Pattanaik have all contributed to this collection of prose, poetry and translation on Radha. 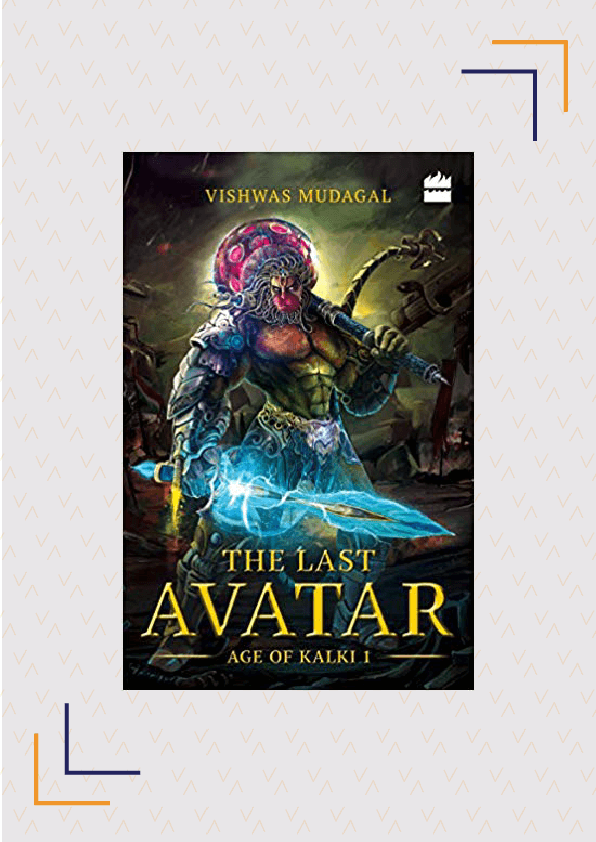 The Last Avatar is a post apocalyptic superhero saga, where one hero stands against foes that have attacked India. The Prime Minister and the Cabinet have been murdered by the Invisible Hand, a terrorist group. India is in a state of emergency and facing an unknown enemy, when an unusual hero Kalki arises. Mudagal captures the essence of a fast paced thriller in this book where a superhero, a secret society, and a Chinese spy, become allies and set out to save the country. The book follows his journey and answers important questions along the way – Who is Kalki? Is he the saviour the world has been waiting for? Or is he just another outlaw looking for an adventure? 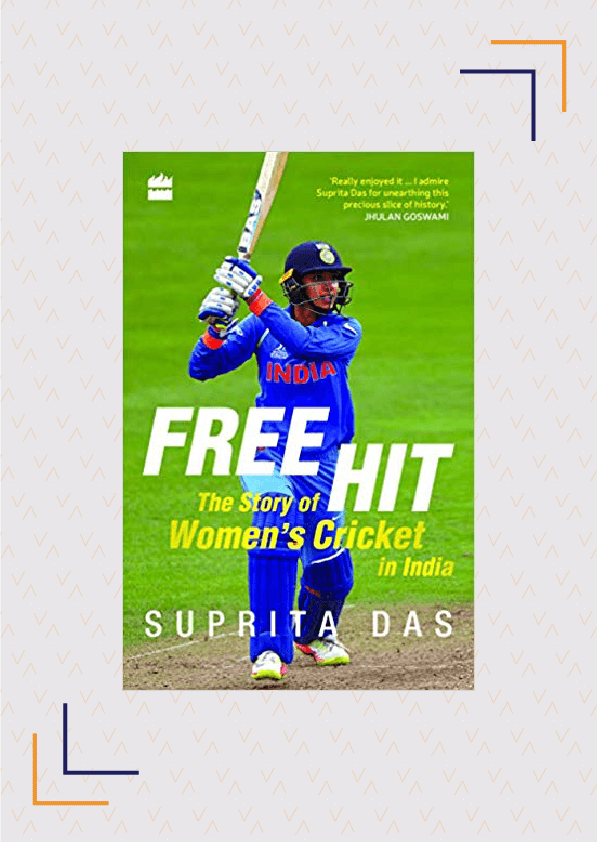 Free Hit: The Story Of Women’s Cricket In India

Free Hit is author Suprita Das’s second book focusing on Indian sportswomen. It follows the journey of the Indian women’s cricket team through Mithali Raj and Jhulan Goswami, the leading players of the team. This book is a passionate recollection of the hardship these women have faced, the strength which led them to the 2017 World Cup finals, the pay gap and how they deal with difference in the importance given to their male counterparts. Free Hit covers the journey of Indian women’s cricket, and Das tells a compelling story of resolute women. 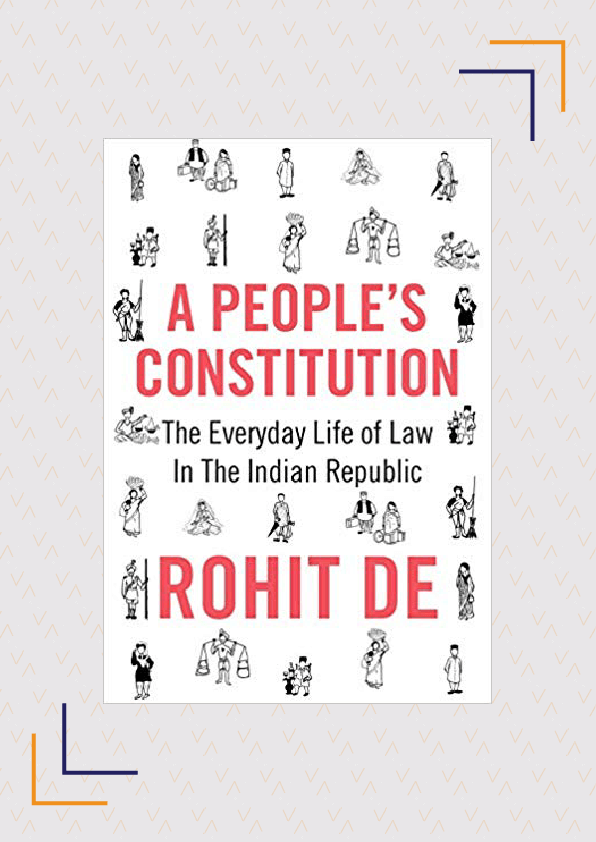 It had been generally assumed that the Indian Constitution has had little effect on everyday life since its adoption in 1950. Author Rohit De, a graduate of National Law School, Bangalore and associate professor of history at Yale, proves otherwise in his book, A People’s Constitution. De has looked into unexplored archives of the Supreme Court to explain how the Constitution has had a lasting impact on the lives of its citizens. He uses four important cases to show how drinkers, smugglers, butchers, petty traders and prostitutes- took recourse to the Constitution and shaped India’s society and economy. A People’s Constitution is a brilliant read about how ordinary citizens have given meaning to the Constitution and used it to argue the state’s own policies, thus reshaping the model of citizenship.

Releasing on December 11. Buy it here. 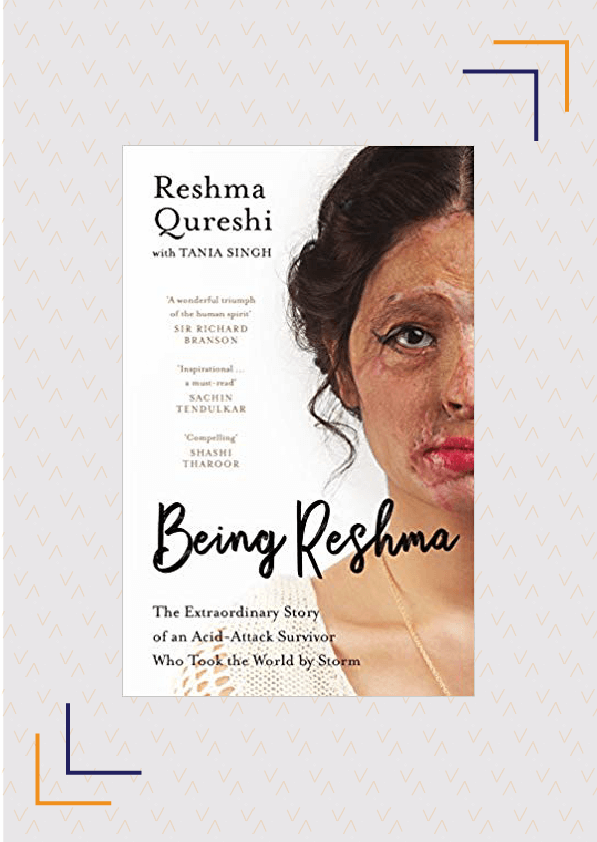 Being Reshma: The Extraordinary Story Of An Acid-Attack Survivor Who Took The World By Storm

In this hard hitting tale of courage and hope, we get a glimpse into the life of Reshma, an acid attack survivor.But more importantly, we also see the fearless Reshma, who faced a tragedy head on, and became a beacon of hope for others.Being Reshma effortlessly describes Reshma’s journey from a suicidal acid attack survivor to an international model, and her work on various social campaigns to empower those who have suffered the same fate. Her journey of survival is one of inspiration, and it has been cleverly depicted in Being Reshma. Through her book, Qureshi wants you to know that she is more than an acid attack survivor and that she’s here to shine.

Releasing on December 14. Buy it here. 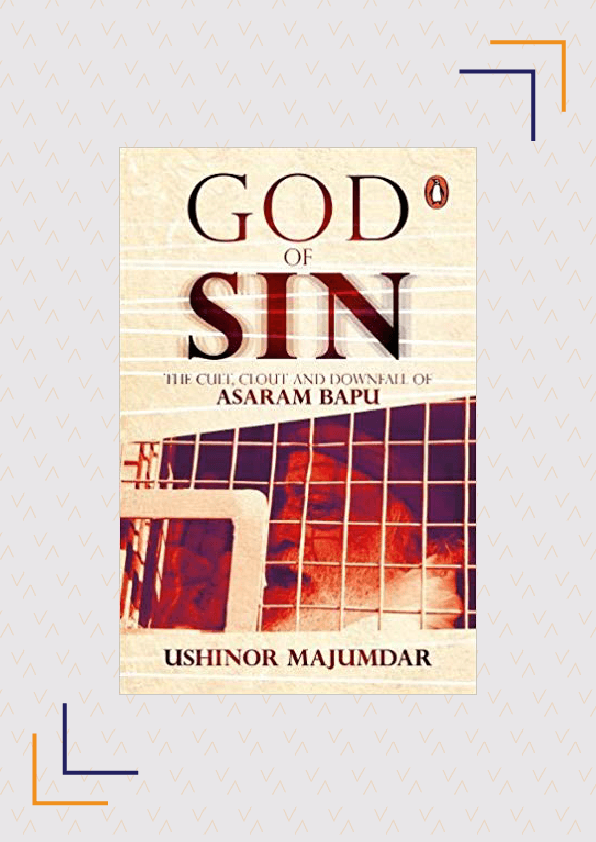 God Of Sin: The Cult, Clout And Downfall Of Asaram Bapu

Asaram Bapu has been a source of debate and indignation for the entirety of his “godman” stint. His lifestyle, his passionate cult following, and the criminal allegations against him created a sense of mystery around this self-proclaimed guru, and that is exactly what is shown in God Of Sin. Majumdar, an investigative journalist, is extremely thorough in his research about Asaram in his book, which includes allegations of sexual assault, money laundering, illegal deals and so much more. God Of Sin is an eye opening book, for both believers and non-believers alike, and exposes the extent of Asaram Bapu’s scheming, even including his son Narayan Sai, who is an important part of the book. This book has it all- from how a cult grew into an empire built using faith as a tool to its eventual downfall once its true nature was revealed.

Releasing on December 15. Buy it here. 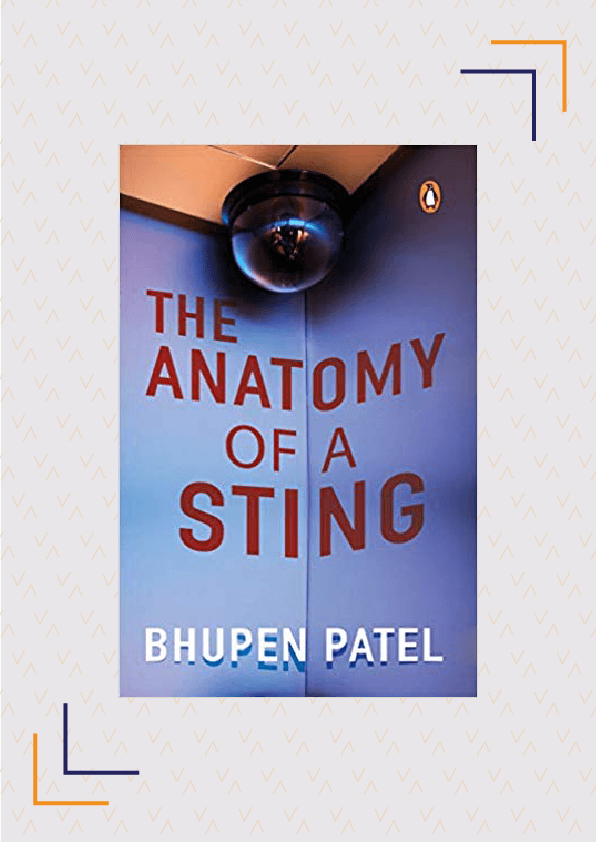 The Anatomy Of A Sting

Bhupen Patel’s The Anatomy Of A Sting leads us down an intriguing pathway of scandals and illegal operations and explains exactly how a sting operation is carried out. Because of Patel’s background as a crime reporting journalist, he is able to expertly depict the harrowing world of illegal rackets and the work that actually goes into the entire process of uncovering a crime. The Anatomy also tells us just how a discreet investigation is carried out, and how irrefutable proof is gathered to gain the attention of media and public alike. For fans of action and thrillers, this is one book you should not miss.

Releasing on December 17. Buy it here. 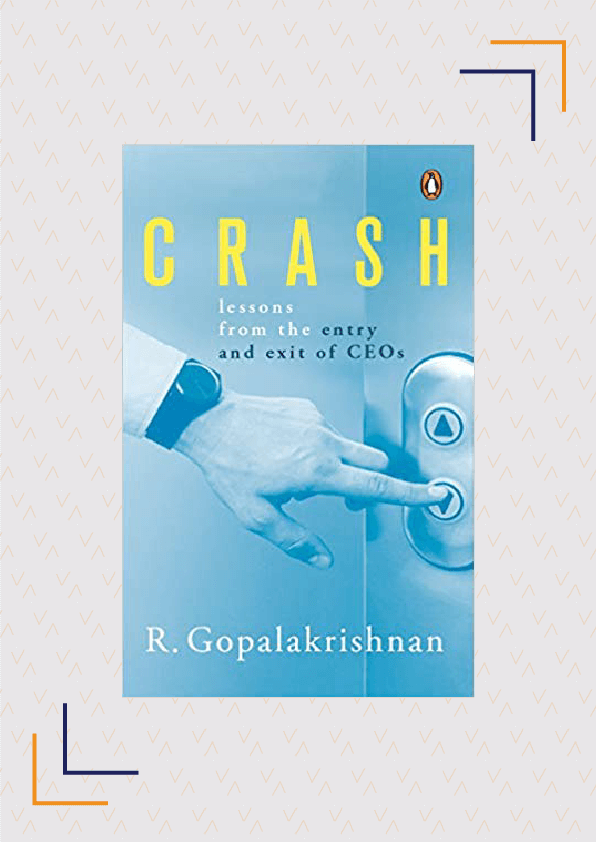 Crash: Lessons From The Entry And Exit Of CEOs

Crash is not your typical business book, but a clear depiction of the strength and conviction it takes to reach the top of an organisation, and stay there. Gopalkrishnan is blunt and straightforward about the everyday challenges that CEOs face andhis thoughts on managing and growing companies. In Crash, Gopalkrishnan believes that in addition to skills and intelligence, great leaders also use emotional competencies like empathy and self-awareness. The author has an elaborate background in business and technology, which is cleverly displayed through anecdotes. His eccentric advice for established businessmen and aspiring startup founders alike makes it an engaging read.

Releasing on December 17. Buy it here. 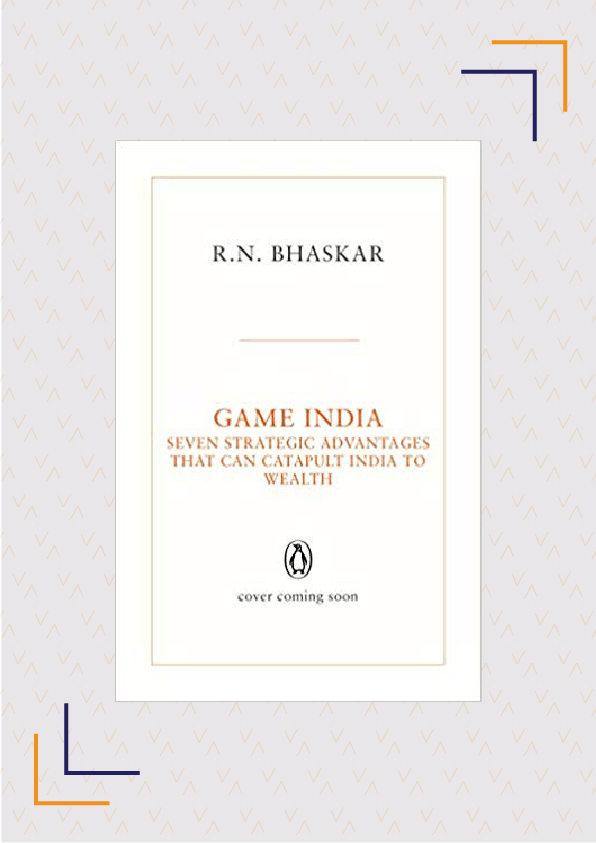 R.N. Bhaskar has more than two decades of experience in the financial sector, which makes Game India a captivating read. This book explores the economic advantages India has, using seven important growth areas or industries, and how they can be used strategically to unleash India’s true potential. Bhaskar uses examples of companies like Tanshiq, De Beers and so on, who have contributed tremendously to these industries. Game India includes personal anecdotes from the author’s experience in the field, the ways India could grow as an economy, and everything that should and could be done to catapult India and its people into the future.

Releasing on December 20. Buy it here.

Disclaimer: Some of these books were previously available on Kindle or as international editions which were available for import. This list features Indian editions of these books, which tend to be more affordable. The information featured here is accurate as of November 22, 2018.