From the story of the e-commerce giant Flipkart to a glimpse into the lives of Mughal queens and princesses, October has something for everyone. Read about Emperor Akbar’s diminishing popularity, the bravery of the Indian Police Force and striking stories of Panjab. For those savvy with social media, read about how social media impacts democracy, and read why India, even though a giant, still remains shackled. With a variety of topics to explore, October is going to be a busy month for readers! 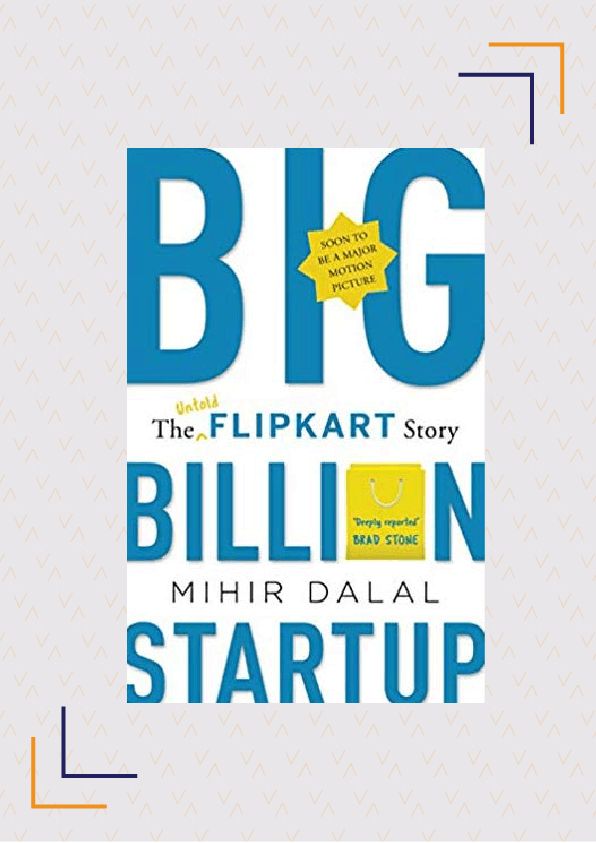 Sachin and Binny Bansal started Flipkart as an online bookstore in an apartment in Bangalore, and it soon became India’s biggest start-up. As Flipkart’s value increased, several investors began showing an interest in being a part of this company that showcased bold actions, blatant consumerism and an efficient use of technology. But that’s not the entire story. Through this book, Mihir Dalal brings us a story of how complications in both business and the personal lives of the founders weakened their control over the company, and forced their hand in selling it. Big Billion Startup is an extraordinary story of money, power and vanity, and how India’s largest e-commerce company came to be. 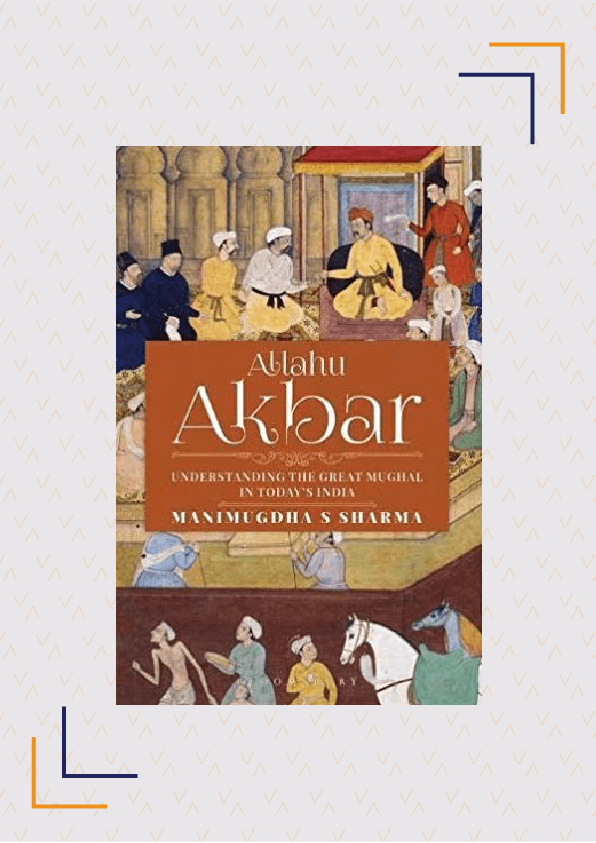 Akbar, once hailed as one of the greatest rulers in Indian history, is now being vilified by various campaigns. While Akbar was once called a progressive ruler, a ‘good Muslim’, now hatred exists for this emperor. In Allahu Akbar, Manimugdha Sharma tries to shine a light on why this is happening, if Akbar is no longer relevant in a country where nationalism poses a threat to the country’s secularism, and how Akbar’s journey from a well-liked emperor to a hated personality came to be. With a detailed sketch of Akbar’s life and his times, this book is a must read for history buffs looking to make sense of contemporary India. 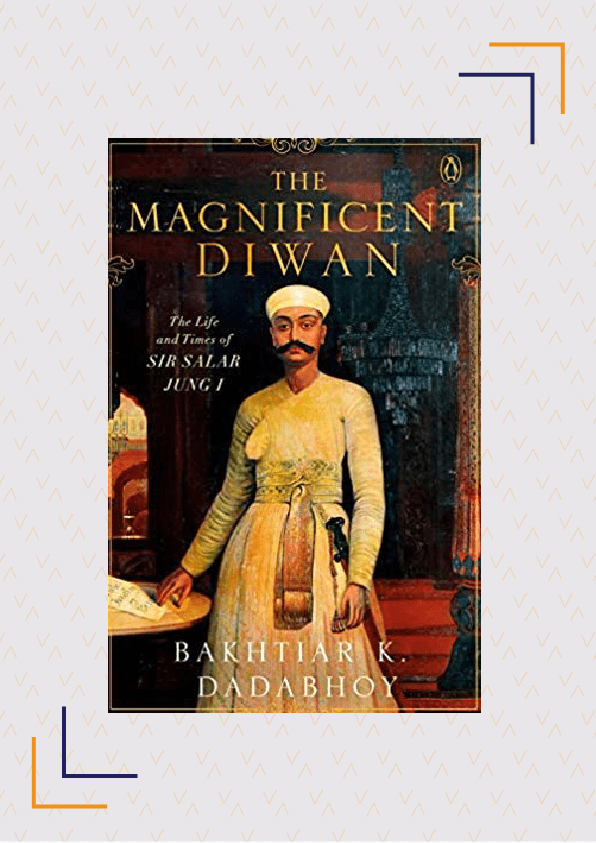 The Magnificent Diwan: The Life And Times Of Sir Salar Jung I

Salar Jung I was arguably one of the most influential and powerful statesmen of the 19th century and responsible for shaping the political and economic history of Hyderabad for almost three decades in the latter half of the 19th century. The Magnificent Diwan is the biography of the man known as the founder of modern Hyderabad. Drawing extensively on archival material, the book is not just Jung’s story but also talks about the societal and governmental history of Hyderabad. 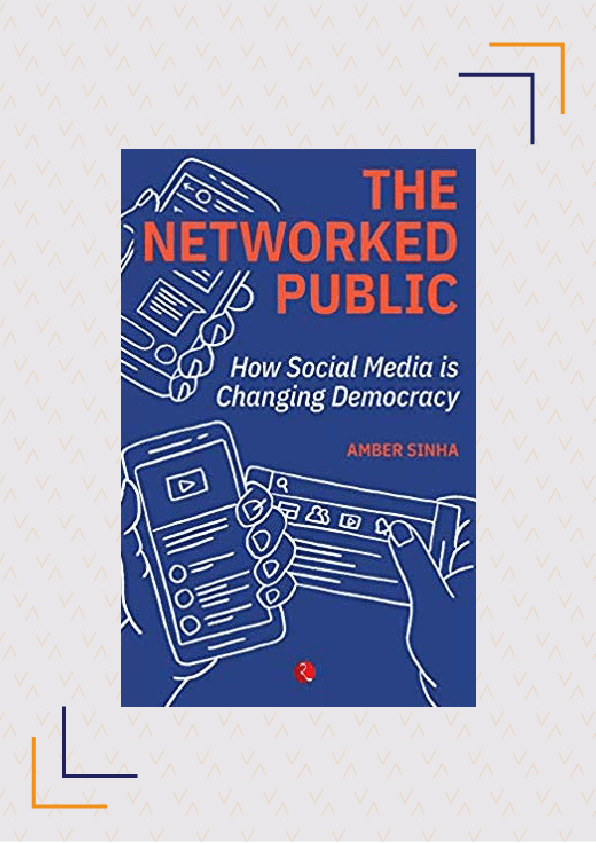 The events of the past few years have made it apparent that social media is exerting an influence on the political discourse in India and manipulating it. In The Networked Public, Sinha questions the role social media can play in ‘fostering deliberative democracies’. He analyses the history of misinformation and why the public is susceptible to it; how the governance of various digital platforms impacts people’s behaviour on them; and how political targeting is changing. Further, he explains that even though the public’s actions can be irrational, they are symptomatic of a deeper social malaise. The Networked Public is an important read to understand how social media and the internet are changing the nature of democracy in India and around the world. 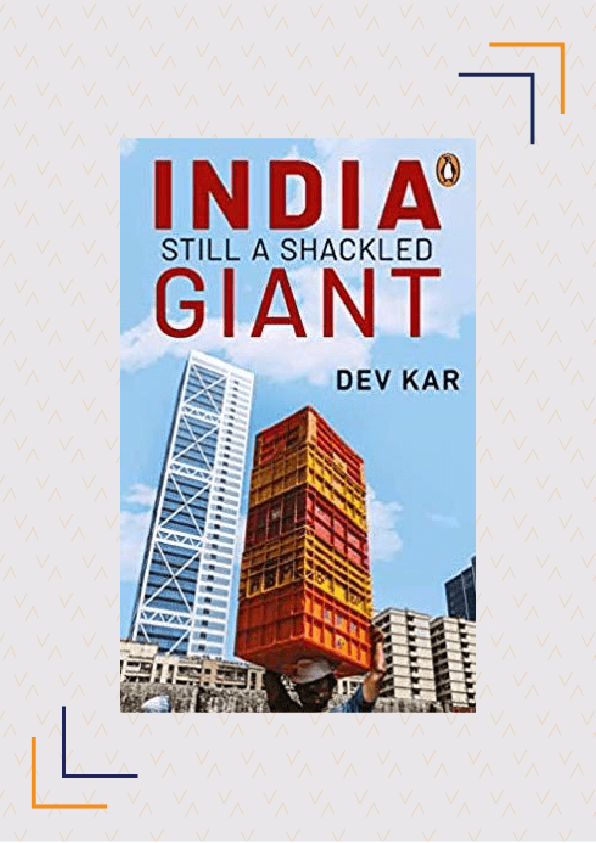 Despite being one of the largest economies in the world, the average Indian is worse off than the citizens of other countries like Algeria, Indonesia, Morocco and Mongolia. Our infant mortality rate is higher than that of Iraq. We have a lower literacy rate than Congo. The average Indian earns less than a Sri Lankan, and our life expectancy rate is worse than Bangladesh’s. In India: Still A Shackled Giant, economist Dev Kar tries to explain this dichotomy and show us what India is truly like. Through compelling research, he tells us why India is a shackled giant and how things can be changed. 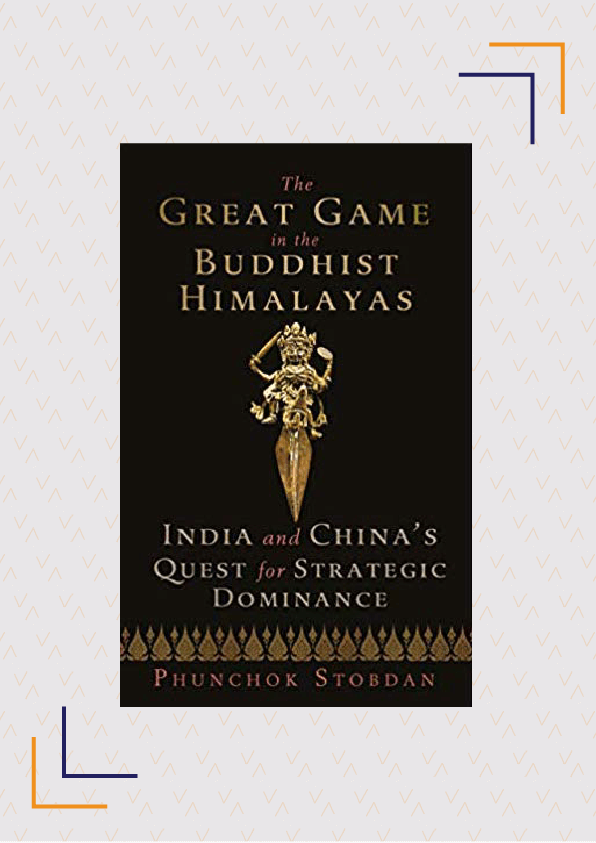 The Great Game In The Buddhist Himalayas: India And China’s Quest For Strategic Dominance

Both India and China are trying to leverage their influence with the Buddhist communities to gain strategic dominance in the Himalayas. However, the crisis in Doklam made it clear that India does have the ability to deal with China “only through the prism of military power’. With Xi Jinping trying hard to resolve the Tibet issue, what will happen to Indian interests in the Buddhist Himalayas if the Dalai Lama were to return to Tibet? On the other hand, if the issue remains unresolved, what will the two countries do if the sectarian strife were to increase. In The Great Game, Stobdan gives us an insight into the relationships among India, China and Tibet and takes us through the factors that will impact the Himalayas in the years to come. 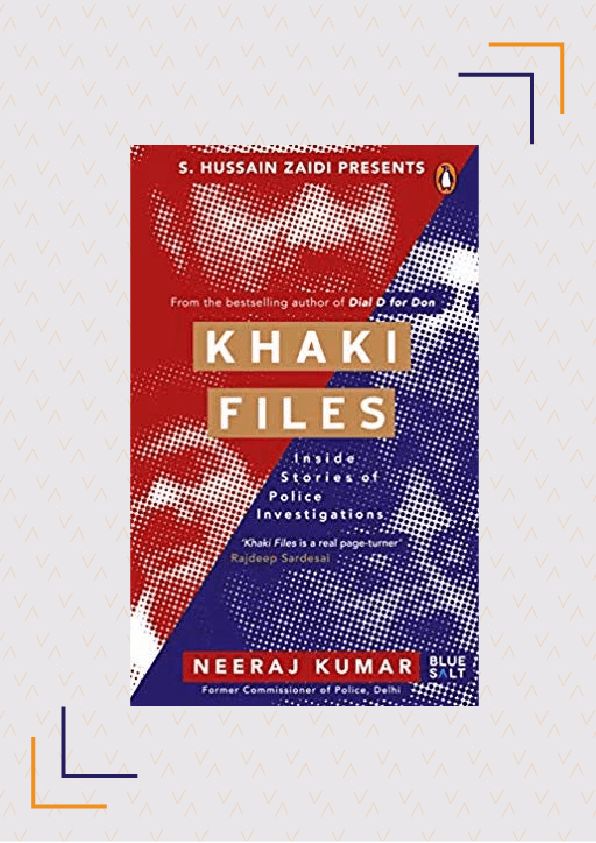 While the Indian Police Force (IPF) is often mocked and judged for corruption or sluggish work, there is no doubt that their achievements are not less than legendary. With solving the case of the Indian Parliament attacks in 72 hours, and another case of a brutal gang rape cracked within 5 days, the IPF is always striving to keep crime at bay. In Khaki Files, former Delhi Police Commissioner Neeraj Kumar reflects on many such cases from his career and tries to shine a light on the achievements of the IPF, and give them the credit they deserve. 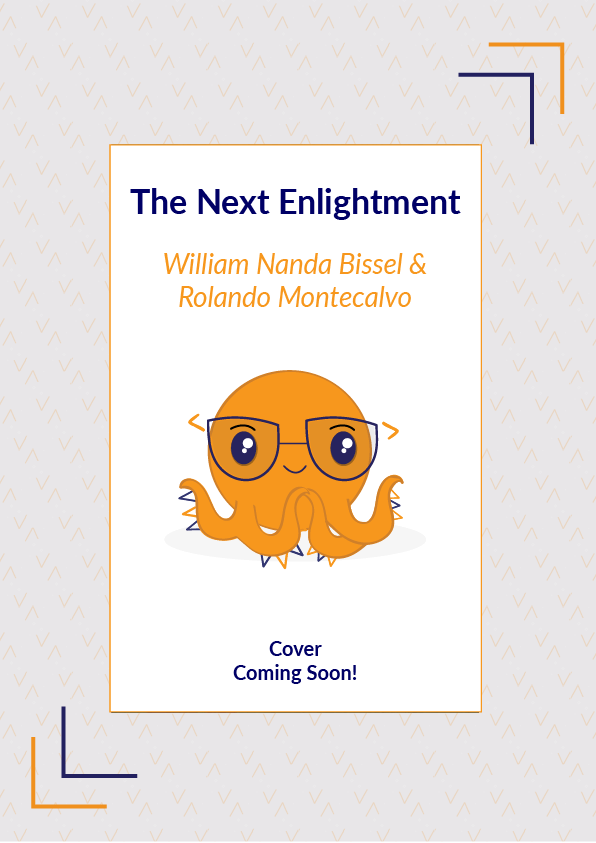 The Next Enlightenment:Reimagining Consciousness, Wealth And The Future Of Humanity

Humanity has advanced rapidly over the years, but with that came diseases, poverty and wars. Racism, hatred and climate change are on the rise, and we seem to be at a loss of purpose. But how did this happen, and what can we do to counter it? The Next Enlightenment makes a valid point that our lack of consciousness and selfish behaviour seems to be at the centre of all this. Understanding this, the evocative book makes a riveting case for a future based on the development of our awareness. Authors William Nanda Bissell and Rolando Montecalvo bring to us a manual on how to sense and achieve our true purpose and create a better future for humanity. 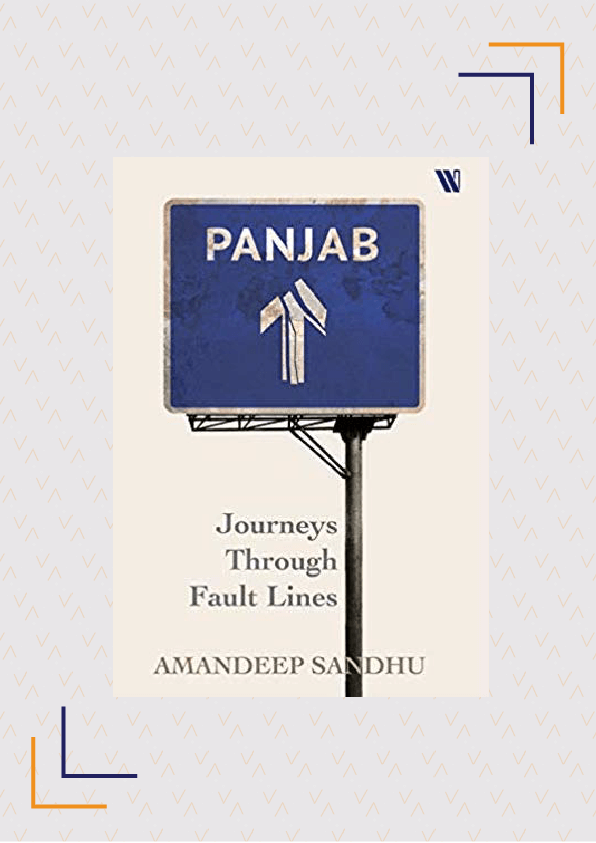 From 2015 to 2018, journalist Amandeep Singh travelled through Punjab in a bid to understand the condition of the state today. Along the way, he discovered that the land was different from what he had imagined. Amongst other things, he learnt that Sikhism is in crisis, that the Green Revolution destroyed the ecology of the state, and that it has not yet recovered from the loss of its land that is now in Pakistan. At the same time, he found that despite all the challenges faced by the state, the spirit of the land is alive and there is an undercurrent of resistance that keeps hope alive.

Imagine a future where India is at the top of the economic charts, Indians have better healthcare and technology aids in employment. Authors N. Chandrasekaran and Roopa Puroshothaman discuss this possibility in their book via the concept of Bridgital which aims at bridging the gap between rural and urban India. In a world where AI is slowly replacing humans in the employment sector, the book argues that India can use it to create jobs in fields like healthcare, education and business. Brimming with expert advice from the most prominent experts in the industry, this book should have a place in every Indian’s bookshelf. 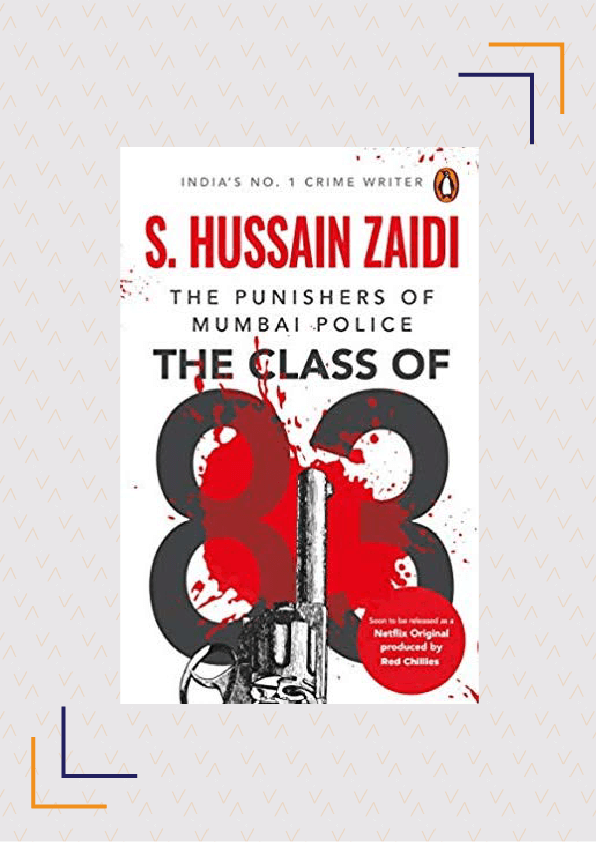 The Class Of 83: The Punishers Of Mumbai Police

The Class Of 1983 is the story of Pradeep Sharma, a senior police inspector and encounter specialist. The batch of 1983 from the Police Training School in Nashik produced a cohort of encounter specialists known for having restored the rule of law in Mumbai. One of the more famous members of this batch is senior police inspector Pradeep Sharma who understood the need to dilute rival gangs. The Class Of 1983 digs into the most well-known encounters carried out by Sharma and his batchmates and highlights the trials and triumphs of being a policeman. 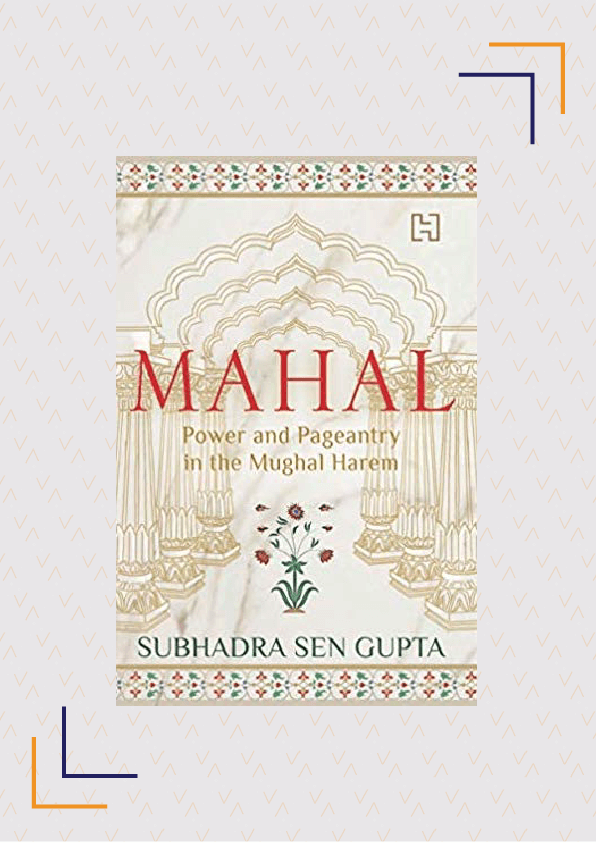 Mahal: Power And Pageantry In The Mughal Harem

‘Mahal’ aka the lavish fortress for the women of the Mughal empire was a well-guarded space, where few men were allowed to enter. Subhadra Sen Gupta attempts to introduce us to some of the most influential women of the Mughal court, whose lives helped shape the Mughal empire. There was Ehsan Daulat Begum, Babur’s grandmother, who is credited with laying the idea of a Mughal empire, female scholars and poets like Zeb-un-Nissa, Salima Sultan Begum, Zeenat-un-Nissa whose invaluable advice helped in diplomatic relations, and countless other queens who supervised over estates. Mahal gives us a glimpse into the lives of remarkable women whose stories were unheard of before.

Disclaimer: Some of these books were previously available on Kindle or as international editions which were available for import. This list features Indian editions of these books, which tend to be more affordable. The information featured here is accurate as of September 25, 2019.