This Land Is Our Land: “They Are Here Because You Were There”

The birthplace of humanity is home to one of the most incredible journeys witnessed by man or animal. Africa’s Great Migration, the largest terrestrial mammal migration in the world sees almost two million wild beasts migrate from Tanzania’s Serengeti to the south of Kenya’s Masai Mara in search of lush grazing grounds and life-giving water. This treacherous odyssey is dictated by the seasons, and where the rains are, the wild beasts follow. This epic journey from the north to the south spans almost 3000 kilometres and is virtually endless. Throughout history, man and animal alike have both migrated, crossing real or perceived boundaries in search of sustenance. Survival is a natural instinct and migration, a consequent corollary. A fact that we recognise and yet choose to ignore. In an age of brutal anti-immigrant rhetoric and increasing xenophobia, Suketu Mehta’s skilfully crafted This Land Is Our Land offers a corrective narrative that is meticulously researched and deeply felt.

The book makes a convincing argument that contemporary migration is a direct descendant of colonialism. The Europeans and Americans made borders porous, bamboozling their way into nations to steal from them, to use the people there for their own proclivities and to establish their supremacy. Now that the people from the very same countries are fleeing en masse into their homelands, we are seeing a global outcry against migration. People migrate, Mehta says, “because the accumulated burdens of history have rendered their homelands less and less habitable.” Put another way, “They are here because you were there.”

It all comes down to survival. People migrate because the rich nations plundered the poor nations, robbing them of their resources and treasures, and then drawing up maps that ensured perennial strife between communities. More importantly, they robbed the poor countries of their future and now express extreme discontent when they see the youth from these countries trying to survive on their land. This is highlighted in This Land Is Our Land– “It is our most elemental drive to survive; and, having survived to propagate; and having propagated, to do anything and everything to make sure that our progeny lives better than we have”. 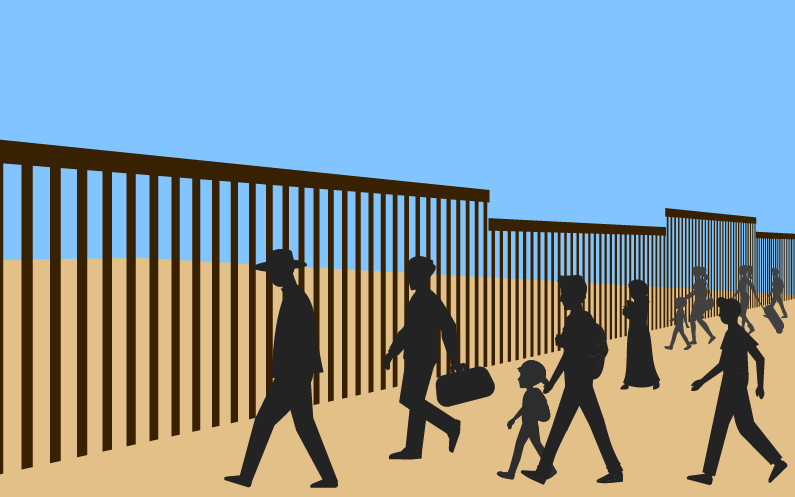 Trump’s pet project might or might not see its physical manifestation but a “wall” has definitely been erected between the United States and Mexico. In This Land Is Our Land, Mehta takes us to the ironically named Friendship Park on the California-Mexico border, where family members can meet one another through a thick double mesh — a door of hope which initially allowed family members the luxury of a hug, but now stands permanently closed – that only allows for fingertips to touch. The experience of the fingertips touching across the wire mesh is bittersweet and is aptly described by the migrants as the ‘pinkie kiss’. A majority of Americans believe that the Mexicans are drug peddling criminals who are in their country only to cause trouble and enjoy the Great American Dream. This is far from true and is exactly the kind of thought process that strongly underscores the perils of ignorance.

In his book, Mehta discusses how Mexico lost $872 billion in illegal financial outflows between 1970 and 2010, most of it going from corporations doing business in the country to American banks. In nearly the same time period, 16 million Mexicans came to the United States. Additionally, violence in Central America, and at various other places around the globe, is regularly being funded by the United States. He writes, “Unlike the situation in Europe, the biggest reason refugees come to America’s borders isn’t the big wars in the Middle East; it’s the small wars in the backyard. The spread of small arms, propelled by the vigorous resistance of the National Rifle Association (NRA) to any controls on their worldwide dispersal, is a factor in numberless small wars around the planet. We buy their drugs and sell them guns to terrorize their youth, who look to the first freight train north to escape their situation”.

This is not an isolated case. The rich nations have in the past, and continue to, in the present, bankroll strife, wage wars, create economic and political uncertainty, and utterly disregard geographical borders. 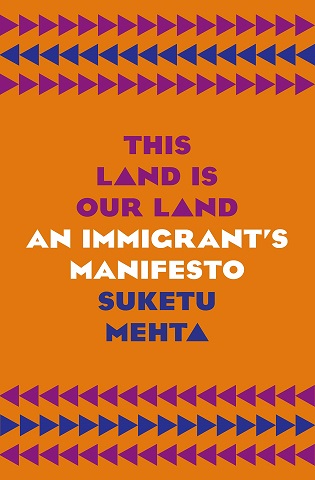 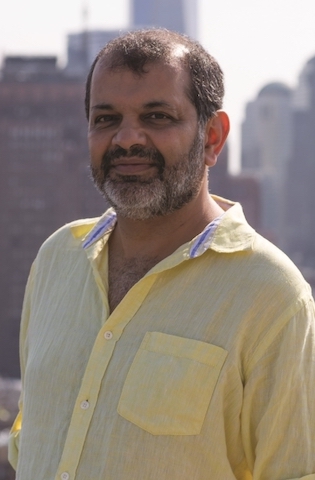 As human beings, we inherently harbour a fear of the unknown. We are sceptical of unknown places, new situations and different people. People who appear different, who follow a culture or religion that seems alien and a way of life that might seem strange inspire mistrust and fear. That might be natural.

However, politicians and leaders further stoke these fears – so much so that these fears have now mutated into hate.  Politicians or simply people who yield significant power have now successfully made dark-skinned people and people belonging to religious minorities into permissible objects of loathing and contempt. Mehta discusses this in his book when he says, “Fear of migrants earns political votes. Fear of migrants sells. Fox ratings have never been higher. The Springer newspapers in Germany, the Berlusconi papers in Italy, and The Sun and Daily Mail in UK are flourishing, feeding their readers a daily diet of xenophobia.” One of their biggest triumphs has been Brexit where an entire generation of Britons voted to raise a wall between themselves and those whom they perceive to be different. Pretty rich, I would say, coming from a country that forcefully ruled nations from the East to the West, plundering them over time and then drawing arbitrary borders that carried on their nefarious legacy into the future. 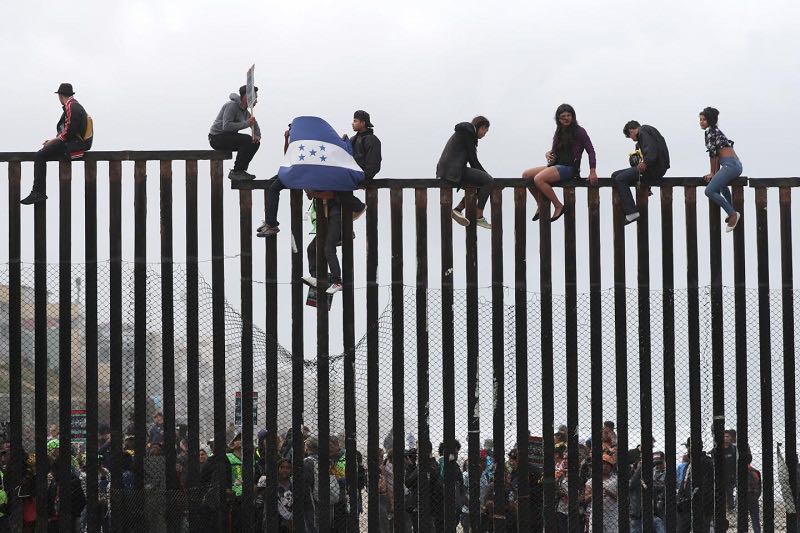 (Image via The National Interest)

In This Land Is Our Land, Mehta also discusses climate change as another factor that is perpetuating migration across borders. According to the UN High Commissioner for Refugees, since 2008, 22.5 million people have had to flee their homes because of climate related extreme weather events like hurricanes or droughts. “El Salvador, for instance – the source of many of the people desperate to come to the United States – has been badly affected by climate change”.

Climate change is like a threat multiplier – it has a snowballing effect, making a small problem into a big one. And who does one blame for this rapid climate change? The rich countries, of course. They are a classic case of “having had their pie and kept one as well”. The rich nations, in their endeavour to set up industries and guzzle more oil to fuel their big cars, have been spewing waste into the environment, razing forests and depleting oceans. Mehta believes, “Migrants come to work because they can’t work from home. Heat waves took almost a million people out of the global workforce in 2016, half of them in India alone. They come to eat because they can’t eat at home. For every degree Celsius increase in temperature, wheat yields have been falling by 6% and rice yields by 3%. The threat to the future generation is imminent.”

What is equally, if not more, alarming is that the so-called poor nations are also now pandering to this philosophy of hate and discrimination. Not just Trump, but India’s Home Minister Amit Shah has also been quoted as saying that the government will deport illegal immigrants from every inch of the country’s soil. This is worrisome indeed.

India has the National Register of Citizens (NRC) that is supposed to maintain certain relevant information about every genuine citizen of the country. While it first appeared in 1951, it was only recently updated. The North-East Indian state of Assam has become the first state in India where the NRC is being updated. Additionally, the Centre has been pushing for NRCs in every state and has also announced plans for a National Population Register (NPR) which will contain demographic and biometric details of all citizens. The perceived threat is always the same. 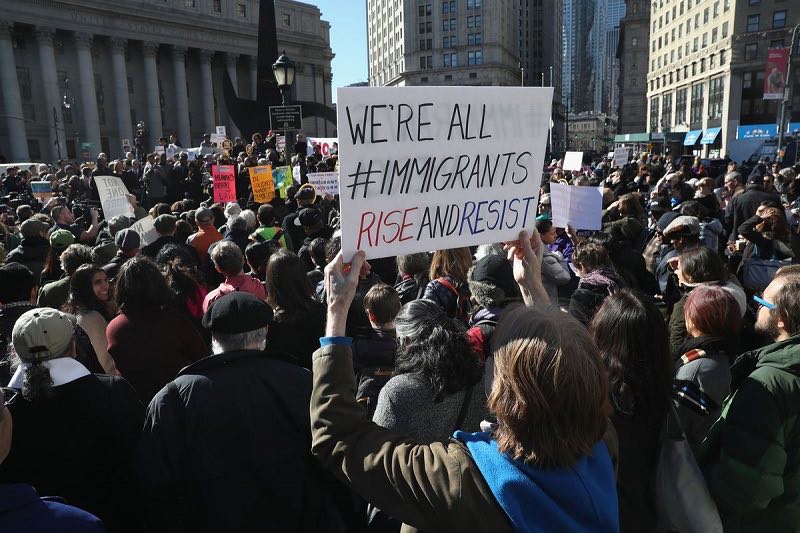 Whether you call the book an impassioned rant or a coloured view of an immigrant, one cannot argue that such narratives are the need of the hour. While it is widely accepted that technology has brought the world closer, it is also playing an integral role in creating global divisions. For the human race to survive, humanity has to survive. It is time that we shift the dialogue from a blame game of “who did what” to something actionable like “what can we do?” Do not kid yourselves into believing that it is only about the migrants stealing all the jobs. The waters run deep, and it is incumbent upon each and every one of us to eschew hate in favour of acceptance.