Last year, when I visited Sri Lanka, I was struck by three things- the beauty of the country, the kindness of its people and the deliciousness of its food. And yet, it is a nation which, until a decade ago, had been dealing with a violent civil war that took tens of thousands of lives and changed many others.  These books, written by male Sri Lankan authors, will show you Sri Lanka before and after the civil war, and the Sri Lanka of the 1930s as well as that of the present, and one of them will even take you deep into Africa. 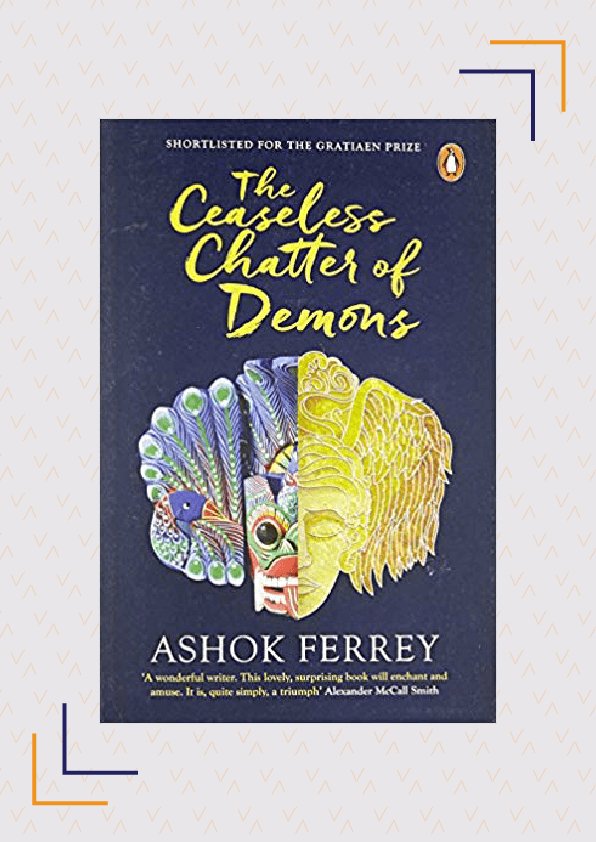 The Ceaseless Chatter Of Demons

Shortlisted for the Gratiaen Prize and longlisted for the 2017 DSC Prize for South Asian Literature, The Ceaseless Chatter Of Demons is the story of Sonny Mahadewala, whose mother is convinced that her ugly son is possessed by demons. When Mahadewala visits his mother in Kandy, his girlfriend accompanies him, and it seems, so does the Devil himself. What follows is a tale of dysfunctional relationships. At its core, the book explores the co-existence of good and evil in all humans and explains that it is not just the wicked who are capable of evil; sometimes even the ‘good’ are led astray. 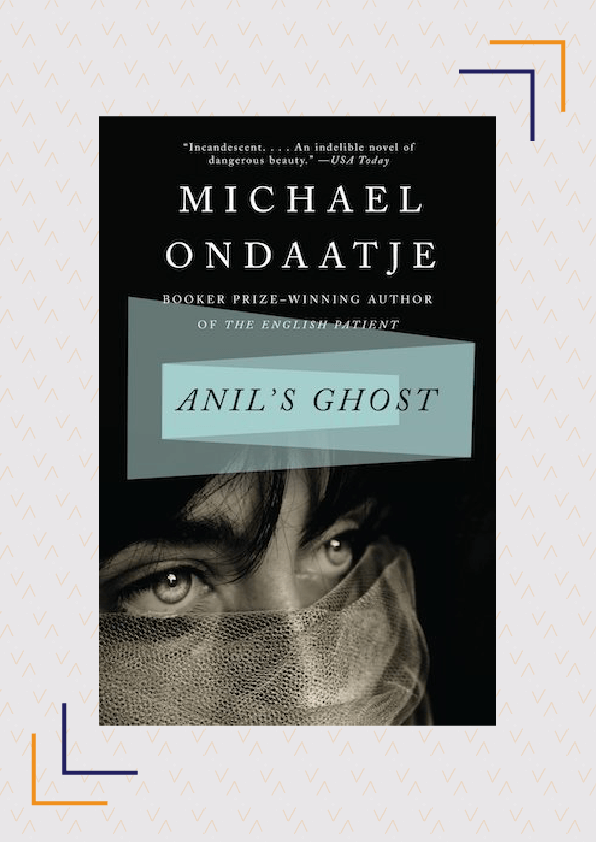 This critically acclaimed novel is set in the early 1990s during the Sri Lankan civil war with much of the story told in flashbacks. Anil Tessira is a 33-year-old Sri Lankan who left her country 15 years earlier and has been sent back by the U.N. Human Rights Commission to investigate possible “extrajudicial executions” by the government. The discovery of a recently buried skeleton at a site that only the army has access to forces her to risk her own life to figure out why countless people have disappeared. Anil’s Ghost paints a haunting picture of a country in the middle of a civil war and the impact of such violence on its people. 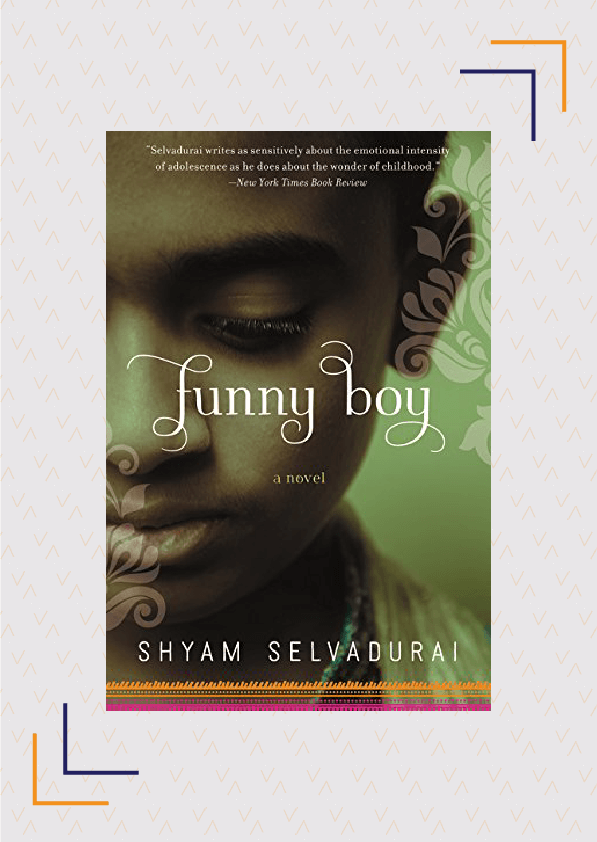 Selvadurai’s debut novel is set against the backdrop of the Tamil-Sinhalese conflict leading up to the 1983 riots and is a poignant coming-of-age story about growing up gay in Colombo. Arjie Chelvaratnam is considered ‘funny’ because he prefers to dress up like a girl and play “bride-bride” instead of hanging out with the boys and kicking balls around. As he grows older, he struggles to come to terms with his sexuality even as his world is torn apart by the unrest around him. Funny Boy is an evocative novel that merges the political and the personal through simple yet elegant prose. 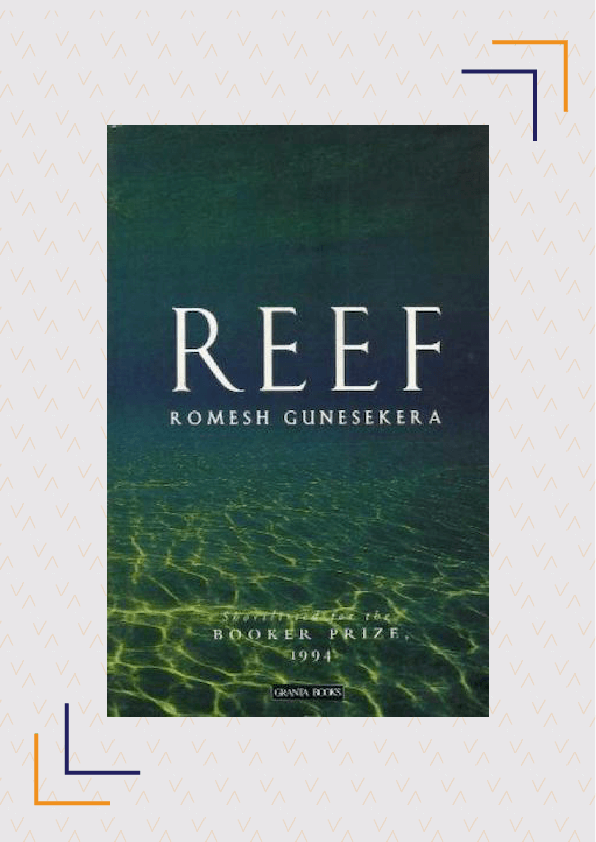 Shortlisted for the 1994 Man Booker Prize, Reef is set in Sri Lanka before the onset of the civil war. The story revolves around Triton, a young chef and his master, Mr. Salgado, a marine biologist. In 1962, Triton is sent to work at Mr. Salgado’s house and eventually ends up cooking for and taking care of him. Told in flashbacks, the story narrates the next ten years of Triton’s life in Sri Lanka, where they were so caught up in their lives that they failed to notice the political unrest threatening their homeland until they were forced into exile. Through this seemingly domestic tale, Gunesekera also tells us about a country that goes from a hopeful democracy to a society troubled with internal conflict. 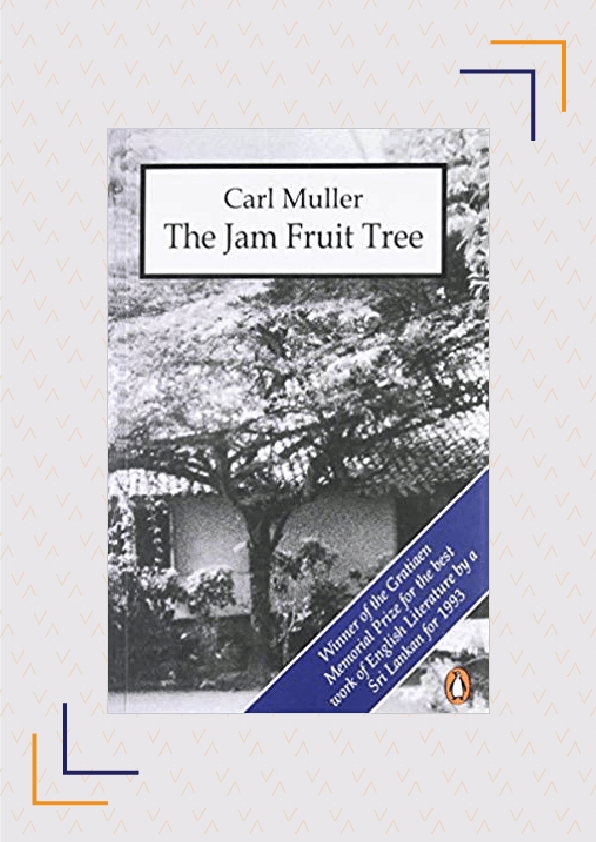 Winner of the 1993 Gratiaen Prize, The Jam Fruit Tree is the first in The Burgher Trilogy and chronicles the life of the Burghers in Sri Lanka. The Burghers are descendants of the Dutch, the Portuguese, the British and other foreigners who came to Sri Lanka and “mingled” with the locals. The book is set in the 1930s during the glory days of the Burghers and follows the von Bloss family. Through the antics of the von Bloss children, Muller paints a compelling picture of a happy-go-lucky people who don’t let problems deter them from having a good time. 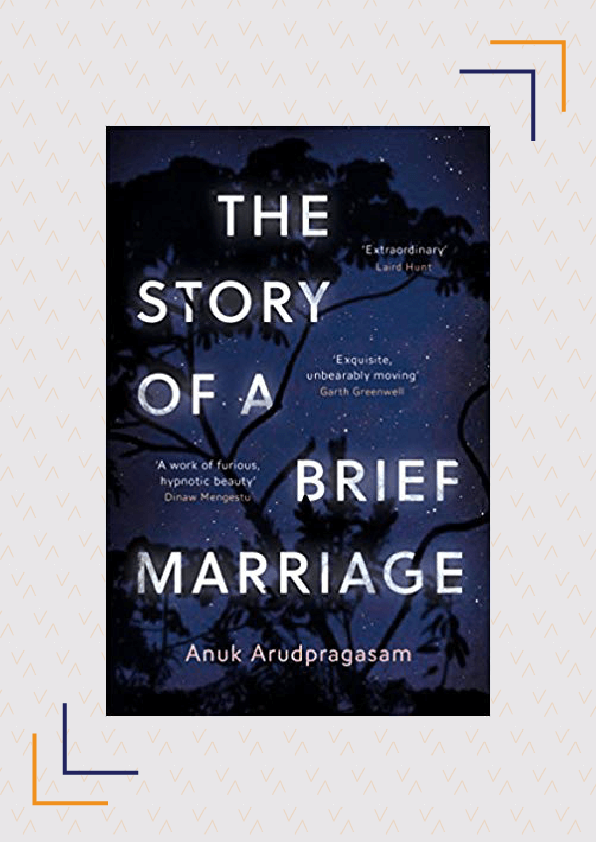 The Story Of A Brief Marriage

Winner of the 2017 DSC Prize for South Asian Literature, The Story Of A Brief Marriage unfolds over a single day and night in the life of a displaced person, Dinesh. In the final months of the Sri Lankan civil war, Dinesh is busy dealing with its fallout, when an old man approaches him and offers his daughter, Ganga, in marriage. Even though neither Dinesh nor Ganga are interested in getting married to each, they acquiesce because they are less likely to be recruited by the LTTE if they are married. Little do they know that it will change how they view life. At its core, the novel is about understanding the importance of the fundamentals of human existence- the need for companionship, conversation, food, sleep and taking a good shit- and how war disrupts this normalcy. 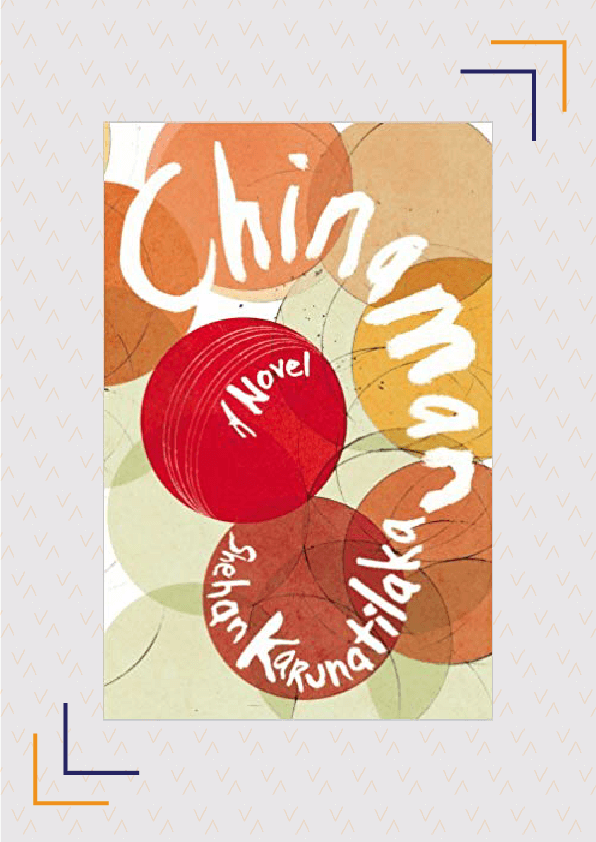 Chinaman: The Legend Of Pradeep Mathew

Winner of the Gratiaen Prize, the Commonwealth Book Prize and the DSC Prize for South Asian Literature, Chinaman is narrated by WG Karunasena, a dying retired sportswriter intent on finding out why Pradeep Mathew, a cricketer, has disappeared not just from Sri Lanka but from history itself. Along the way, he meets a coach with six fingers, discovers a secret bunker under a stadium, gets involved with gangsters and gamblers and unearths truths about Sri Lanka, cricket and himself. However, this novel is not about cricket, it is about Sri Lanka in the late 20th Century and a must-read even if you don’t like cricket. 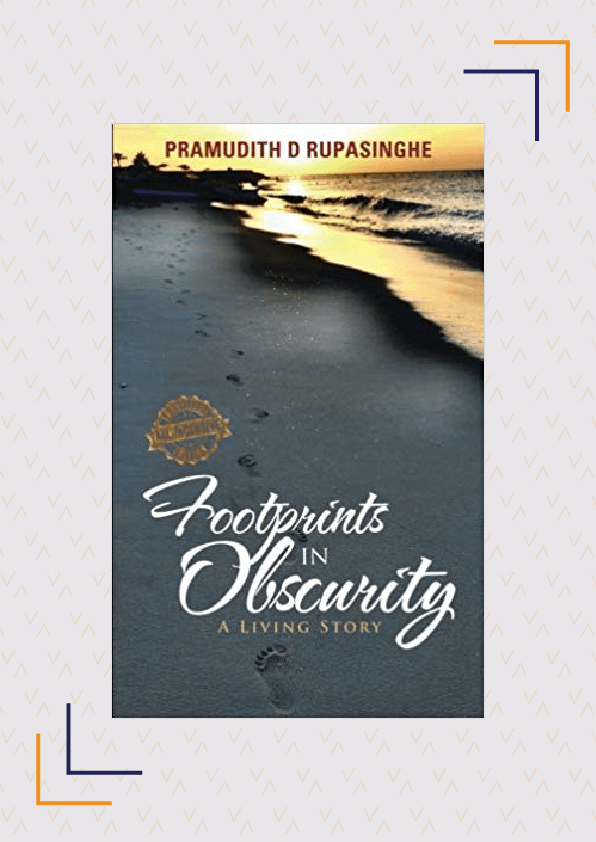 The only book on this list not set in Sri Lanka, Footprints In Obscurity is about the author’s journey through 29 countries across Africa between 2010 and 2015. Rupasinghe grew up listening to his father’s stories and, as a result, developed a fascination with Africa. When his dream of visiting this mysterious land comes true, he embarks on a journey which questions and challenges some of his beliefs, while fortifying others. He interacts with ex-child soldiers, warlords, Ebola survivors and victims of female genital mutilation and, in Footprints In Obscurity, he gives us access to an Africa which belies our imagination. 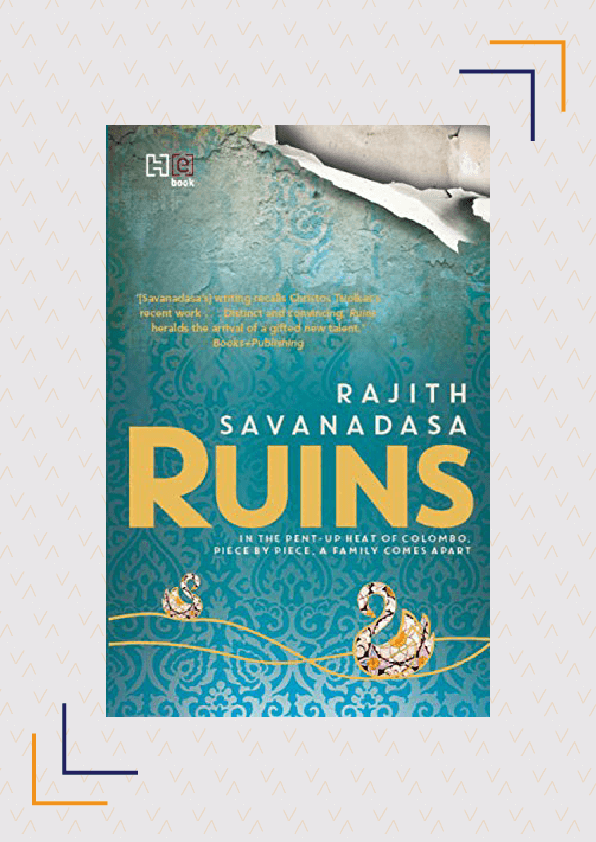 In the aftermath of the civil war in Sri Lanka, a middle-class family finds itself stretched to breaking point even as their country is picking up the pieces. The perspectives of the five members of the Herath family- the parents, their two children, and their maid- also creates “a complex and thought-provoking portrait of Sri Lanka” and gives us a glimpse into its society. This brilliant debut novel is about generations in conflict with each other as they try to understand their new normal. 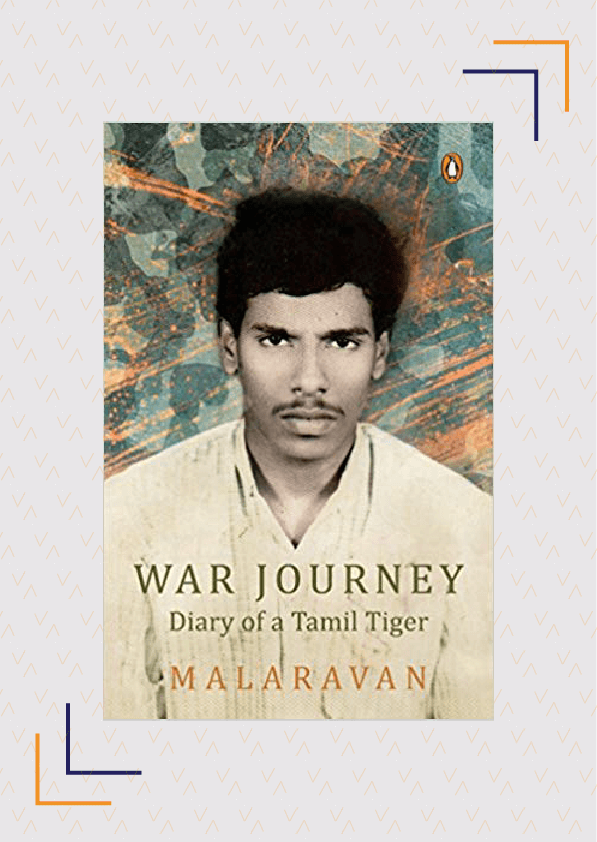 War Journey is a short diary recovered from the author’s kit after he was killed in action in 1992. Barely 20 at the time of his death, the diary recounts Malaravan’s experience as a Tamil Tiger. Centred around the battle of Maankulam, it details the LTTE’s strategies, the relationship among the Tigers and his unit’s journey to Maankulam. Originally published in the early 1990s in Tamil as Por Ulaa, it brings out the humanity of the common people and wonderfully showcases Malaravan’s love for his country, culture, comrades and nature. War Journey is a sobering account of what it means to long for a homeland.