This is a poem of two young lovers, of what life could have been and what it is instead. Love has the power to bind but also the power to destruct. As you read it, think about the romantic relationships you have had – were both of you equals or did one control the other? And when love becomes possessive, what damage does it do? Is anyone truly happy in such a relationship? Like all good poetry, you can interpret this poem however you want – an ode to a once great love, a warning sign, or simply a piece of thought-provoking writing.

There she was whispering to the wind, with a wish, a whim
Her soul tore to fragments, as she began to gather her sins
The heart of her poor soul wept; her eyes welled with shame
She wished to live in darkness rather than see her death.

Keeping all her old memories concealed
She starts to make her own world that were never made before
This feeling of odd comes over a man’s lair
He was not meant to be but, all was a dream, he,
Was her destiny – both ready to explore the earth?

He thinks for a while, as the stars spring to sorrow
The spectrum of his soul grows wide, his life as a soldier
On the edge of vanity, he stands. He was her eternal wish
He was born to spread magic, into another species
Now alone in the barren land he stands, longing to love
Aching to touch the trembling lashes of a girl
The sky seems to last forever under a thin layer of ice.

The world starts to drown for him whilst he is in a cage
He tries to move up to her, but the world sets them apart
He, a king of an era, now smokes the old pipe of a haggard
He is a disgrace to the throne; he is the magic for the witches
Once again, he melts away in the marsh when all is pure white
His curtain of vanity freezes to bits, he longs to end life.

She could barely believe his words
His face was once that of an Angel, now is dry without shine.
Now, all that remains fresh is his soulless body
The tampered heart strains, making him grow weak
He walks for miles, with a numb feeling for her
This is his future; this is how he was lost and created. 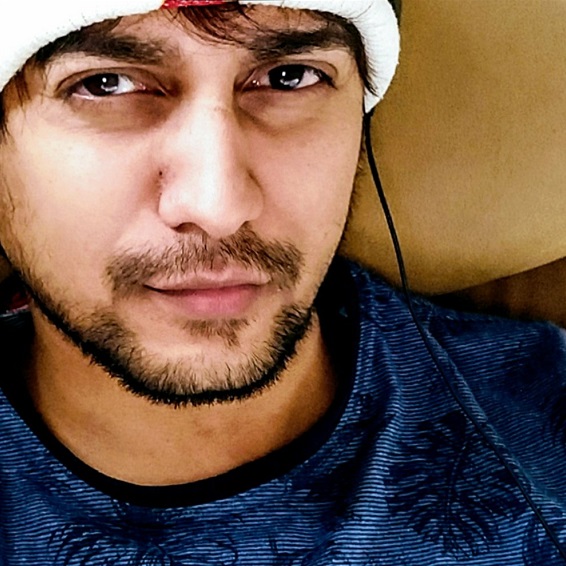 Aicken Wulbur is a budding author from Mysore. He is part poet, a creative writer and an avid reader of classic novels. His passion for writing is timeless.  He also has a master’s degree in finance from Mysore University, and enjoys writing lyrics, sketching and cooking. You can follow him on Facebook.