His Father’s Disease: Home Is Where The Heart Is

The first question we ask a person, ‘What’s your name?’, is usually followed by, ‘And where are you from?’ We establish our identity on the basis of where we come or don’t come from. The idea of home, then, is central to our understanding of ourselves and the world around us.

All of us want to have a place to belong to. This place doesn’t need to be a geographical location; it could be a partner, a friend, a family member, a smell, a food item, a touch, or even ourselves. It is a space where we can be ourselves, without the fear of violence. A space where we find acceptance, a space that allows our own story and our individual identity to flourish. Home is where a heart allows the body, mind and soul to prosper.

Just as every human being has experiences that are unique to them, our understanding of home varies as well, despite the possibility of sharing a similar geographical location. It is this varying understanding of home that is highlighted in His Father’s Disease: Stories, a collection of short stories by Assamese writer Aruni Kashyap. Though most of the characters in his stories are geographically located in a small village in Assam, in a university in Delhi, or in Minnesota or Sioux Falls in the U.S., all of them have their roots in Assam. In spite of this, none of them have a synonymous and singular understanding of Assam as ‘home’.

This multiplicity in the understanding of home can lead to more differences than similarities, making solidarity and empathy difficult. If we’re not from the same ‘home’, how do we bond with others around us? Whose experience of home is heard and whose is not? How does one find common ground with his/her fellow human beings? Can the heart be the element that binds people to others around, even if they don’t share a common perception of ‘home’? 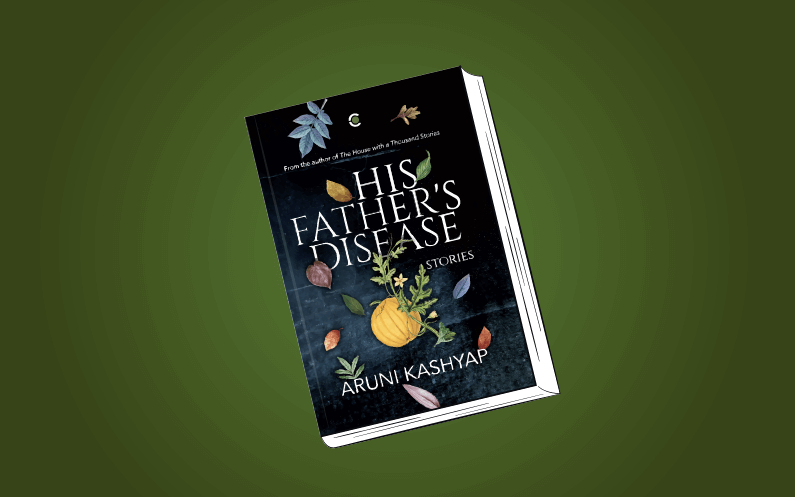 Home As A Person

In the short story ‘His Father’s Disease’, Anil finds a home in the arms of his lover, Gurmail Singh. His mother, Neerumoni, who thinks her son has inherited his father’s ‘disease’ of homosexuality, frantically tries to dial the numbers 377 to seek a cure for her ‘diseased’ son. Neerumoni’s actions are indicative of the oblivion surrounding Section 377 of the Indian Penal Code by people from remote areas who consider homosexuality to be a ‘disease’ or a ‘phase’.

The home Anil grows up in no longer feels like one to him. He builds another house outside, away from his unaccepting mother. It is in there, in his lover’s arms, that he finds a home. Halfway across the world, in ‘After Anthropology’, Matt and his husband Raj are faced with an eerily similar situation. Home, for Matt, is not his childhood house where his father, like Neerumoni, spews ignorance and bigotry. Rather, the idea of home for Matt, like Anil, is in a partner who is accepting of him. Kashyap stresses on the importance of strengthening those relationships where acceptance is found in an increasingly unforgiving world that is filled with increasingly unaccepting people.

Anil and Matt find a home in people who do not kill their hopes, dreams and experiences. Matt’s father and Anil’s mother share a common trait – they’re unaccepting of the desires and actions of their children. Gurmail and Raj, though imperfect humans themselves, become the Anil and Matt’s homes simply through their acceptance of the imperfect nature of their loved ones. Through these stories, Kashyap tells us that even when we fail to find a home within ourselves or in our blood relations, we can always find one in the people we’ve chosen to let into our lives and who stand by us through thick and thin. 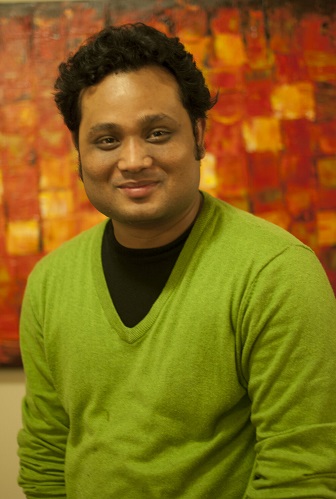 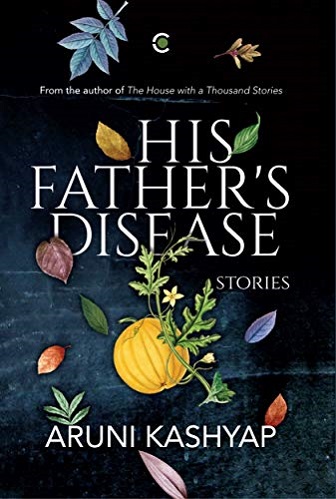 Home As A Familiar Sensory Experience

Returning from a six-year long stay in Indiana, familiar smells and sight invoke a feeling of home for Digonto, in ‘Before The Bullet’, as ‘he inhaled the smell he so loved, of dust mixed with dried cow dung’. The sight of a laburnum tree and new-born calves not only reminded him of the ‘real milk’ of home, that he’d had to substitute with preservative-laden Hy-vee and Walmart Whole Milk, but also of fresh vegetables, rice and ‘real rotis’, which were poorly substituted by tortillas. The only unfamiliar sight was the new army camp in Digonto’s Tetliguri village in Assam’s Kamrup district that had emerged during the years of his absence. The unfamiliar military officer orders that a gun be pointed to the back of Digonto’s head and that he be shot dead.

Just as the sight of the military officer, the army camp and the sound of bullets whizzing in the air seemed unfamiliar to Digonto, his confidence, education and passport seemed equally unfamiliar to the military officer. To him, they were indicators of a person who was more likely to challenge the military’s unquestioned reign of terror in the area. For the officer, Tetliguri was his own home, the village and its unquestioning people were familiar experiences. Not ready to have his identity challenged by the unfamiliar, he was ready to resort to violence to preserve it. Therefore, it was only logical that the military make an example out of Digonto before he became an example of resistance to the villagers, and before they became familiar with the unfamiliar act of questioning and challenging that would endanger the officer’s identity and home. 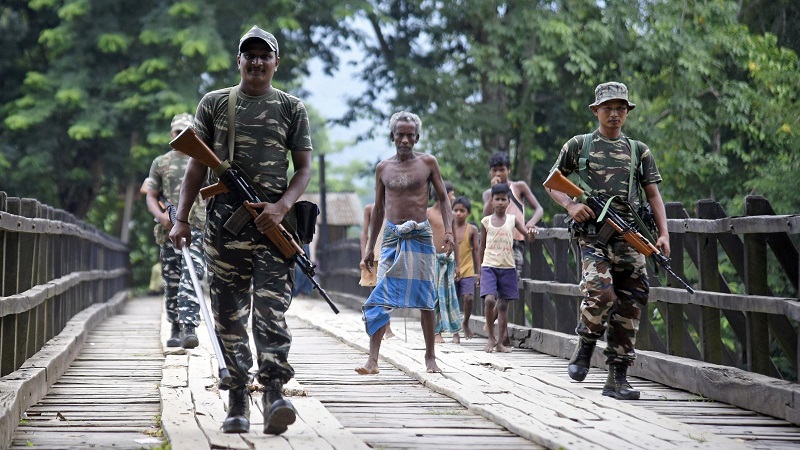 In ‘Skylark Girl’, a writer named Sanjib is questioned about his choice of retelling a popular folktale since it isn’t a grave enough subject to bring out the inherent troubles of his homeland. He is then advised to become a crusader for literature from the North East and to talk about the exploitation of his state since the colonial period. Similarly, in ‘Minnesota Nice’, the food and its associated aroma, that is an experience of Assam for Himjyoti and Neelakshi, is labelled as ‘South Asian’ by Mike. The same label of ‘South Asian’ is used by Mike while introducing Himjyoti and Neelakshi to his friends. It is through the characters of Sanjib and Mike that Kashyap criticises the practice of defining the experience of home for its occupants through arbitrary labels.

Agitation, colonisation, violence and insurgency are some of the many terms that have been used to define Assam by outsiders. The conference participants dismissed Sanjib’s story in favour of what they perceived was the collective experience of insurgency in Assam that was the home of the Assamese. Mike dismisses Himjyoti’s and Neelakshi’s individual experiences of home by labelling it as ‘South Asian’, depriving them of the opportunity to define home for themselves.

Through these stories, Kashyap points to a burning issue faced by the Assamese people – their experiences of home have increasingly come to be defined by the world outside. In our bid to frame our self-image as empathisers with those who are victimised, we become oppressors ourselves. By failing to understand and accept Sanjib’s folktale of his homeland, the conference participants end up forcing their definition of home on Sanjib, killing his own experience of home and self-identity in the process. Similarly, Mike, in ‘Minnesota Nice’, has no desire to accept and understand that home is much more than ‘South Asia’ for Himjyoti and Neelakshi. His actions, as Kashyap point out, are equally fallacious and as oppressive as the conference participants.

Through the short stories in His Father’s Disease, Kashyap points to a binding element in the midst of our differing perceptions of home. It is, as he seems to say, the necessity to be more tolerant and accepting, to lend an ear, to be kind, and to empathise, whether with yourself, your family, friends or even a stranger. He points to how our different perceptions of home need not threaten our identity – there is no need to resort to violence to assert and establish our identity over anyone else’s. For Kashyap, all our different homes can be brought together to form a happy society through kindness and acceptance. And it is through this that the wandering person finds a home in a heart.