How Accurate Is The Golden Man Booker Prize Shortlist?

The Man Booker Prize is celebrating its 50th anniversary and to commemorate this milestone, The Booker Prize Foundation is awarding The Golden Man Booker Prize to the novel adjudged to be the best work of fiction in the past 50 years. All previous winners of the Booker Prize have been judged by a panel of five judges. Each of the judges was assigned a decade and tasked to choose the best book from that decade. The shortlist of five books (the ‘Golden Five’) is now open for public voting and the winner of the Golden Booker will be announced on July 8.

Writer and editor Robert McCrum picked Nobel Laureate V. S. Naipaul’s In a Free State as his favourite from the 1970s. Poet Lemn Sissay chose Moon Tiger by Penelope Lively over well-renowned titles like Midnight’s Children by Salman Rushdie and The Remains Of The Day by Nobel Laureate, Kazuo Ishiguro. The English Patient by Michael Ondaatje was novelist Kamila Shamsie’s choice from the 1990s. From the 2000s, Wolf Hall was selected by novelist and broadcaster Simon Mayo. The most recent winner of The Man Booker Prize, Lincoln In The Bardo by George Saunders also made it to the shortlist.

This is not the first time The Booker Prize Foundation has instituted special awards to celebrate milestones. In 1993, the Booker of Bookers Prize was announced to commemorate 25 years while in 2008, they awarded the Best of  Booker Prize in honour of their 40th anniversary. Interestingly, both of these awards were won by Salman Rushdie’s Midnight’s Children, which is conspicuously absent from the shortlist for the Golden Booker.

Rushdie’s absence on the shortlist and the adjudication process certainly raise certain concerns and questions. How is it that none of the books previously shortlisted for the special awards featured among the ‘Golden Five’? How did the book which won both the Booker of Booker and the Best Of Booker not even make it to the shortlist? 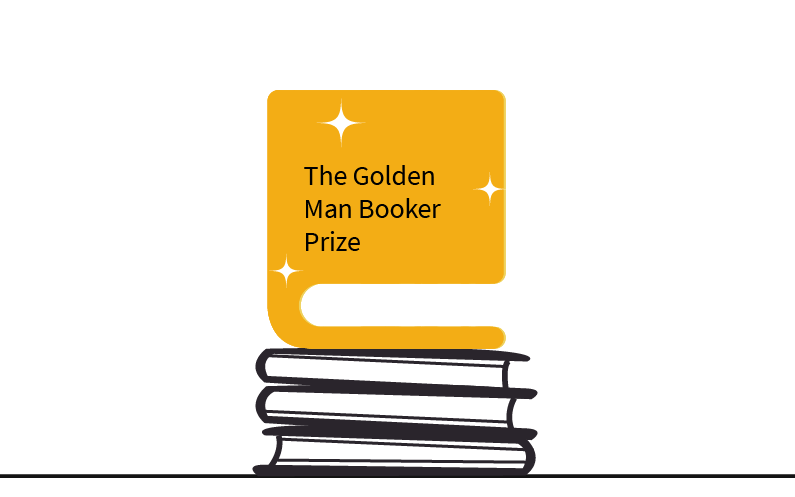 As one of the most prestigious literary awards in the world, the Man Booker Prize should have a process to determine the best book. The criteria should be qualitative and not a measure of who they choose as the judge.

A. L. Kennedy, who has served as a judge for Booker Prize, once said, “[The Booker Prize] is a pile of crooked nonsense.” She adds that the winner is determined by “who knows who, who’s sleeping with who, who’s selling drugs to who, who’s married to who, whose turn it is.” In the same piece, Jason Cowley who was on the panel in 1997 also mentioned that while he did not receive any monetary inducements, he does recognise that “each of the judges has his or her prejudices. Some judges, especially those inside literary London have a network of contacts and friendships which may lead them to act in ways that they don’t quite understand. Certain judges tend to protect certain writers and they are skilful about manipulating positions. Nothing is ever made explicit; it’s all about subtexts.”

In 2008, the shortlist consisted of two books from the 1970s The Seige of Krishnapur by J. G. Farrell and The Conservationist by Nadine Gordimer, neither of which made it to the Golden Five. Neither did Peter Carrey’s Oscar & Lucinda from the 1980s or Pat Barker’s The Ghost Road or Coetzee’s Disgrace from the 1990s. This calls into question the very legitimacy of the Booker Prize since there does not seem to be any particular consistency in how the awards are given. They appear to be given on the basis of personal preferences as opposed to any form of objective criteria.

Coming back to the Golden Booker, assigning one decade per judge is a recipe for disaster as it is naïve to assume that personal bias would not play a role in their judging. As readers, we know that there are certain kinds of books we just don’t enjoy, despite how acclaimed they may be. It also puts a lot of pressure on one individual to make such a difficult decision. It is also possible that one judge’s selection would be outrightly rejected by the others, had there be room for decision or if the decision was jointly made through discussion and voting.

It is more than just an arduous task, it is a responsibility to all of us who look to the Booker Prize as the arbiter of what we should be reading. In fact, it is a proven fact that winning the award significantly increases readership of a book. Hilary Mantel’s Wolf Hall saw an increase of 463% while sales of Howard Jacobson’s The Finkler Question jumped 1918% after they were awarded. Even now, publishers of the Golden Five are gearing up with special editions in preparation for the increased demand for these books.

Even if we ignore this flawed process, we can’t help but point out the fallacy of choosing one book from each decade.  It is quite possible that one decade houses more than just one book which deserves to be shortlisted or that the books released in a decade are not as good as the books from other decades. This method is too simplistic and definitely not the best way to judge the best of 51 award-winning books. Just as we cannot judge which horse is the fastest if all of them do not compete in the same race, it is difficult to believe in this shortlist since all the books were not competing against each other but only with the others released within an arbitrary 10-year period.

It is no doubt difficult to read 51 books to choose the best especially since the process only began in February; however, we do think that they could have improved upon it by starting the process earlier. If they were limited to this timeframe, they could have increased the strength to 10 judges and assigned two judges for each decade. Alternatively, they could have divided the past 50 years into two blocks of 25 years each and delegated each period to five judges. This would have mitigated at least some of the concerns raised by the shortlisting process.

The Golden Booker shortlist questions the legitimacy of The Man Booker Prize itself. It is one of the most prestigious awards in the literary world and has to maintain excellence when it comes to choosing the winners each year. The Golden Man Booker Prize appears to have dealt with the shortlisting in a hasty manner and comes out more as a stunt than a well-thought-out award.