Why Elif Shafak Should Win The Booker Prize 2019 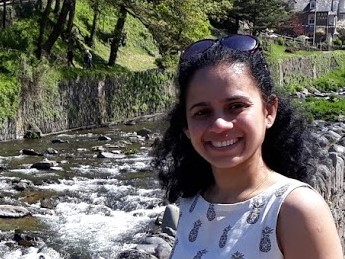 The Booker Prize 2019 shortlist assumes significance for many reasons. Among other nominations, it marks the entry of a female Turkish author, whose home country has been criticised for repressing the rights of writers and women. This honour belongs to Elif Shafak, a British Turkish writer, whose novel Ten Minutes Thirty Eight Seconds In This Strange World is part of the 2019 Booker Prize shortlist. 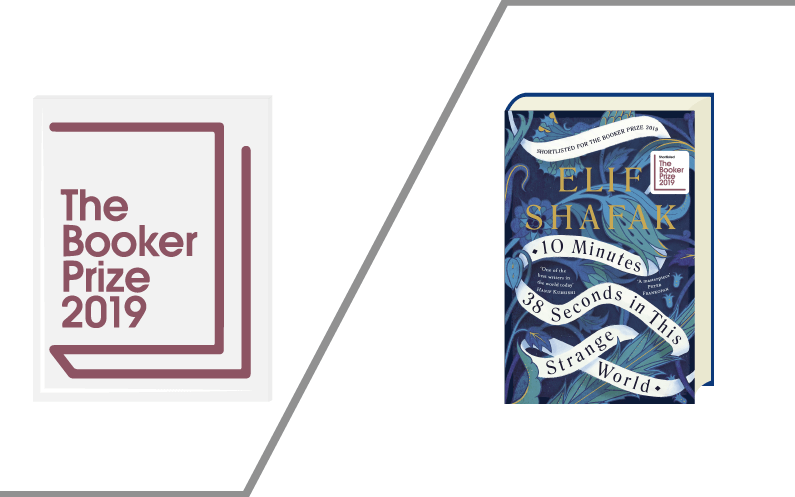 Stories are filled with possibilities but they need to be engaging to keep a reader hooked. Shafak achieves this admirably through an unconventional introduction and a compelling narrative. The premise for her novel came from scientific studies that prompted her to fictionalise the idea of a mind continuing to work inside a dead body.

The first chapter ‘The End’ starts by introducing the dead protagonist to the reader. Tequila Leila is a sex worker who is murdered on the streets of Istanbul and the story begins as her mind is ticking away after her body shuts down. The opening chapter reins in the reader, and the next few chapters then lay out the plot and the themes that make up Ten Minutes Thirty Eight Seconds In This Strange World.

As Tequila Leila’s mind is using up those 10 minutes, she scrolls through her life, with each memory being evoked by a particular taste or smell. For instance, the intense smell of strong cardamom coffee reminds her of the streets of Istanbul. While her love for the city is coloured in political hues in the lines- ‘The side streets and alleyways were rivers of paper. Socialist, communist, and anarchist posters plastered the walls…’; Shafak’s strength as a storyteller comes to the fore when she indulges in a nostalgic image of Istanbul – ‘…forever elusive like a lover’s face receding in the mist’.

Shafak has always maintained that she aims to give a voice to those who are denied one. Women’s rights, marginalised sections of society all find space in her works, and her latest one is no different. In Ten Minutes Thirty Eight Seconds In This Strange World, Tequila Leila’s five friends are important characters – social misfits who are shunned by society, who tell stories of their own. In her acknowledgements, Shafak explains how these characters are inspired by real people and that the Cemetery of the Companionless really exists in Turkey, a graveyard marked only by numbers. 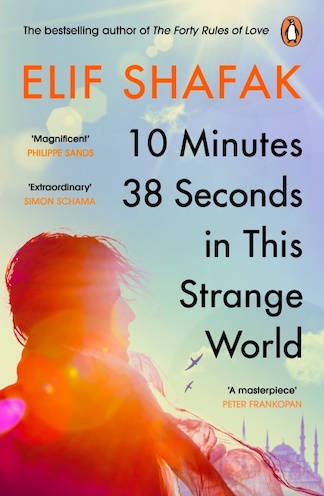 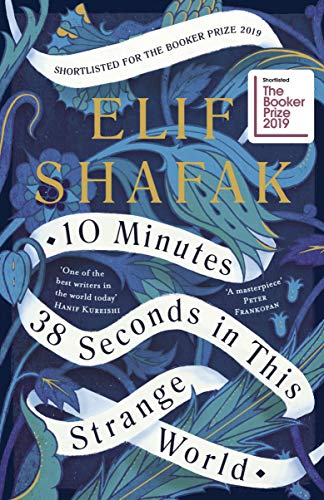 English As A Second Language

Shafak’s novel getting shortlisted for the Booker Prize is significant because she has been nominated for a novel written in her second language. For someone who came to English a bit late in life, she is comfortable in both Turkish and English and offers a simple reasoning for her bilingual writing abilities. “If we can dream in more than one language, we can write in more than one too,” she says.

Shafak is very passionate about language and rues the fact that reformists have purged the Turkish language of many Arabic words and Sufi expressions. English, devoid of any censorship, sets her free. However, she is aware that the two languages come with their own distinctions. English has a mathematical precision where each word matches a meaning, thereby conveying irony, satire and paradox better. Turkish, on the other hand, is an emotional language made for conveying feelings like grief and nostalgia. For Shafak, a knowledge of both languages added range to her storytelling abilities- “Just like I commute between countries, I commute between languages.”

In Ten Minutes Thirty Eight Seconds In This Strange World, little Leila’s sparkling personality comes to the fore when her father tells her that at the time of death, two angels would ask questions and if one failed to answer well, they were bound for hell. Leila then wonders about the nature of the test, an oral or written one, if wrong answers would cost her marks and how long would it take to know the results.

Writing in English has brought her closer to Turkey, just as the physical distance has offered her better perspective, Shafak says. It has allowed her to examine the cultural and political parameters of her home country with a critical and logical eye.

An avid fan of stories, she believes one must never underestimate the power of storytelling since it opens up the door to viewing the ‘other’. In an interview with Channel 4, she talks about the reach of stories, how they punch holes in the walls of an enclosed psyche and allows a glimpse of the other. She reiterates it in her TED talk titled ‘The Politics Of Fiction’, where she elaborates on how stories help in breaking out of a comfort zone when societies tend to get too complacent with likeminded ideologies. 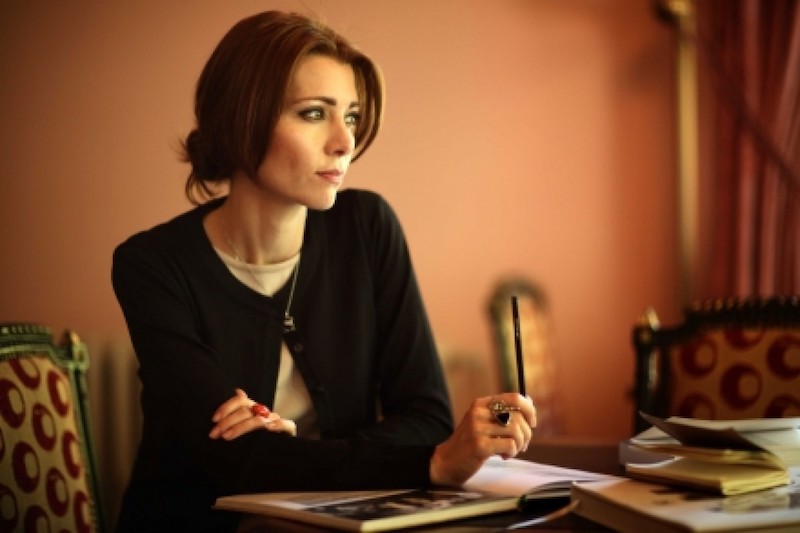 The Politics Of Shafak’s Fiction

Despite being one of the most widely read authors in her home country, Shafak’s works have been repeatedly slammed by the Turkish government for their portrayal of issues like child abuse and women’s rights. Earlier this year, along with other Turkish works of fiction, Ten Minutes Thirty Eight Seconds In This Strange World was removed from publishers to be examined by Turkish authorities to determine if it had committed a ‘crime of obscenity’. The authorities claimed that by raising issues of child abuse and sexual harassment, Shafak was actually condoning them in her work.

Shafak, however, is not new to controversy. She faced prosecution for insulting ‘Turkishness’, way back in 2006. A remark by one of her characters in her book, The Bastard Of Istanbul, refers to the death of Armenians in 1915 as genocide, perhaps the first Turkish novel to directly tackle the issue. The official sources took offence on the grounds that it was not genocide but a war that saw many Turks killed as well during the collapse of the Ottoman empire.

Over the last few years, Turkey has come down heavily on its writers, academics and novelists. Following a failed coup in 2016, many writers and academics were imprisoned in an attempt to silence dissenting voices. Shafak’s essay on this subject, titled ‘The Silencing Of Writers In Turkey’, in the New Yorker is a strongly worded piece about the need for fiction, especially in times of turbulence and unrest. “Any writer that comes from a ‘wobbly geography’ cannot afford to be apolitical,” says Shafak, adding that it is the job of the writer to ask difficult questions in their writings.

In an interview with Krishnan Gurumurthy from Channel 4, she also stresses on the need for a writer to provide the space only for open debate- “It is important to provide an open space and a multiplicity of voices and leave the answers to the reader.” 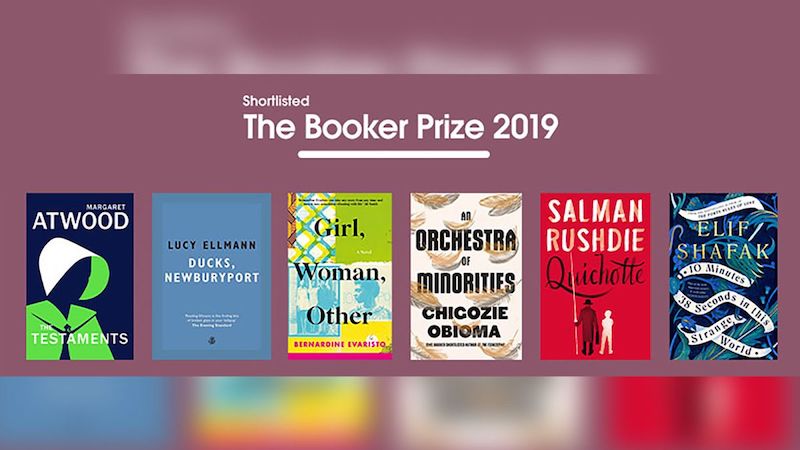 Shafak’s stories, therefore, are a blend of fact and fiction, a concoction that educates and entertains. Winning the Booker Prize would be a major addition to the growing support against the repressive policies of the Turkish government. Shafak’s nomination is significant and more pressing, especially in the light of Turkey’s decision to label Goodnight Stories For Rebel Girls, a children’s book, as porn. The book is an international bestseller and has been translated into 47 languages and has inspiring stories about women from history intended as role models for young girls. It has been publicly announced that the book should not be displayed in shops and should be sold only to adults because it can be a dangerous influence on young girls under the age of 18.

As the country brings in one repressive policy after another, Shafak’s nomination feels more urgent and her potential win more relevant. Booker Prize winners have enjoyed an influence that transcends societies while celebrating creativity. Shafak’s win will not only be a show of international support for Turkish writers on a global platform but also an acknowledgement of the writer’s talent.

As the stability around us seems to be threatened more than ever, Shafak’s words hold great truth- “Today, more than ever before, literature has to be not only about stories but also about silences and the silenced….”

Her latest book does just that.