November offers a smorgasbord of books for all bibliophiles! One of the most popular First Ladies of all times pens her memoir and probably the most popular Western author in India releases yet another book. That’s not all, the recent Man Booker Prize-winning novel, a book by a marketing guru as well as one by a former chairman of the FED, and the sequel to a beloved self-help book are also being published. Are you salivating yet? We sure are. 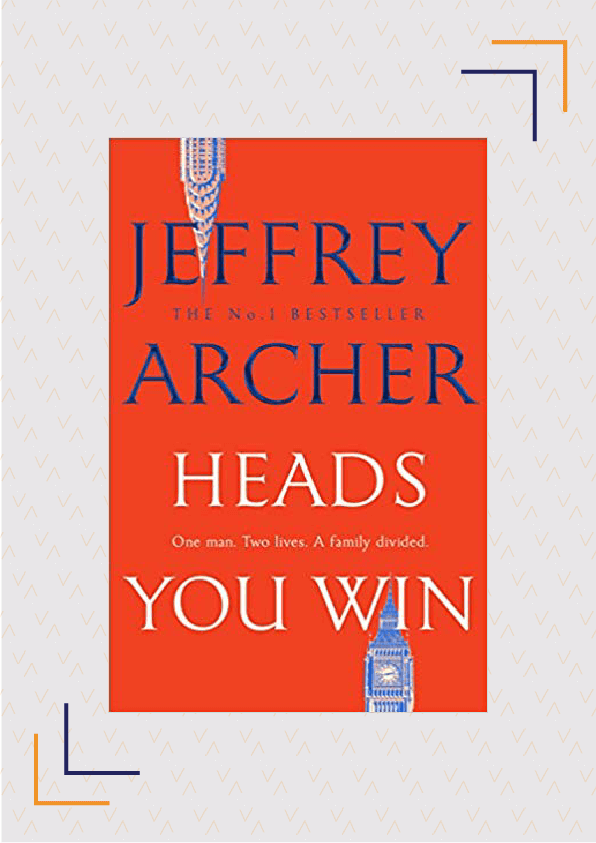 Archer needs no introduction in India- his books are read by millions across the country. In Heads You Win, he presents you with the story of Alexander Karpenko- a boy left fatherless at a young age at the hands of the dreaded KGB. As he is escaping his home country of Russia, he needs to choose between two countries offering him a new way forward- the U.K. or the U.S. In classic Archer style, he leaves it to a coin toss to decide his fate and what results is a novel that spans 30 years and two continents, strongly reminiscent of Archer’s most famous work- Kane and Abel. 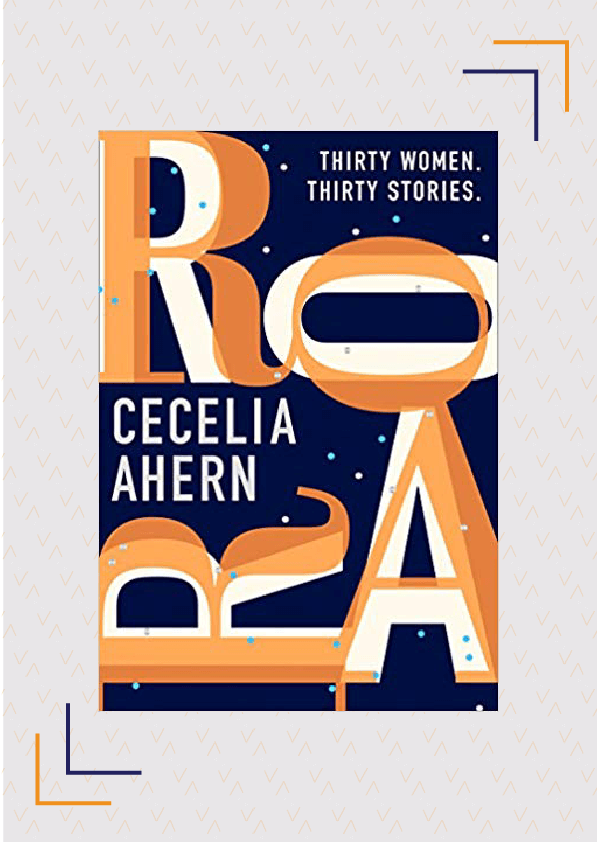 Author of the tear-jerker, P.S. I Love You, Cecilia Ahern adds a powerful voice to women’s empowerment at a time when the #MeToo movement is dominating headlines. Each story in this collection of 30 short stories features a powerful woman protagonist, and while some of these women may be in the process of discovering themselves, each story ends with the protagonist ‘roaring’. With catchy titles such as The Woman Who Returned And Exchanged Her Husband and The Woman Who Slowly Disappeared, as well as witty but tender writing, this collection promises to be an excellent read for men and women alike. 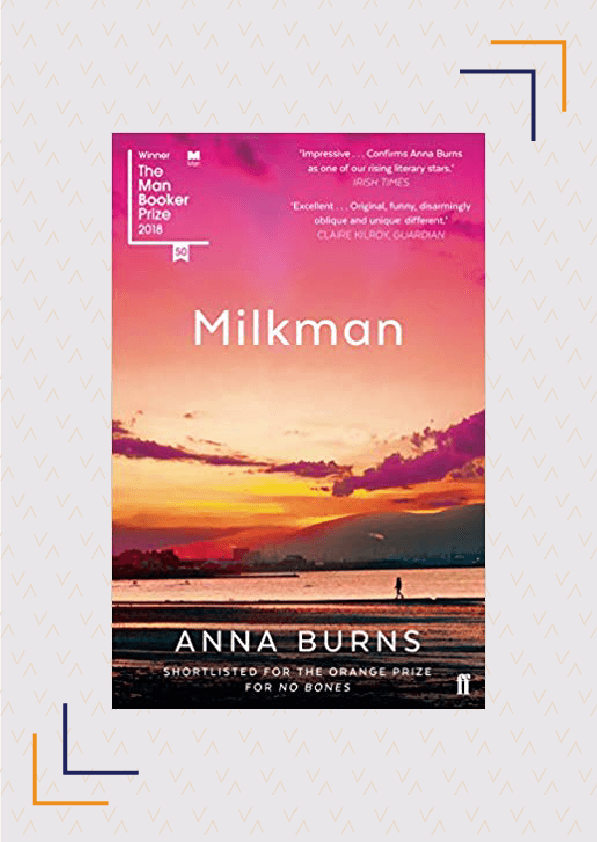 Milkman by Anna Burns is very much in the news for winning the prestigious Man Booker Prize 2018. Eerily written, this book is about Middle Sister, a young girl desperately trying to stay anonymous in a town rife with gossip and danger. As her attempt to remain ‘uninteresting’ fails, Middle Sister slowly starts realising the unimaginable consequences of having a secret boyfriend as well as having a dark encounter with the titular Milkman. While the book itself is set in an unnamed town, it is a reflection of life in Northern Ireland. 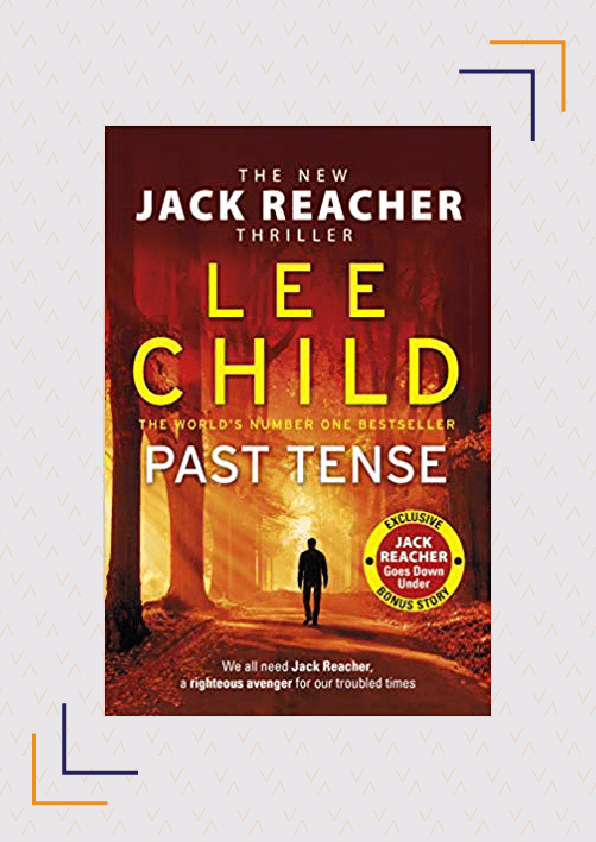 Over the past few years, Lee Child has built up quite a fan following for himself and his hero- Jack Reacher. Past Tense is the 23rd novel in the Jack Reacher series. As Reacher embarks on a road trip across America, he comes across the town he believes his father was born in and takes a detour to visit it. While in the city clerk’s office, Reacher discovers that his father probably never lived in the town, leading him to question why his father had lied to him all these years. At the same time, a young Canadian couple, on a quest to sell a treasure, are unwittingly imprisoned in a motel in the same town. As the stories converge, we are presented with an edge-of-the-seat, unputdownable thriller. 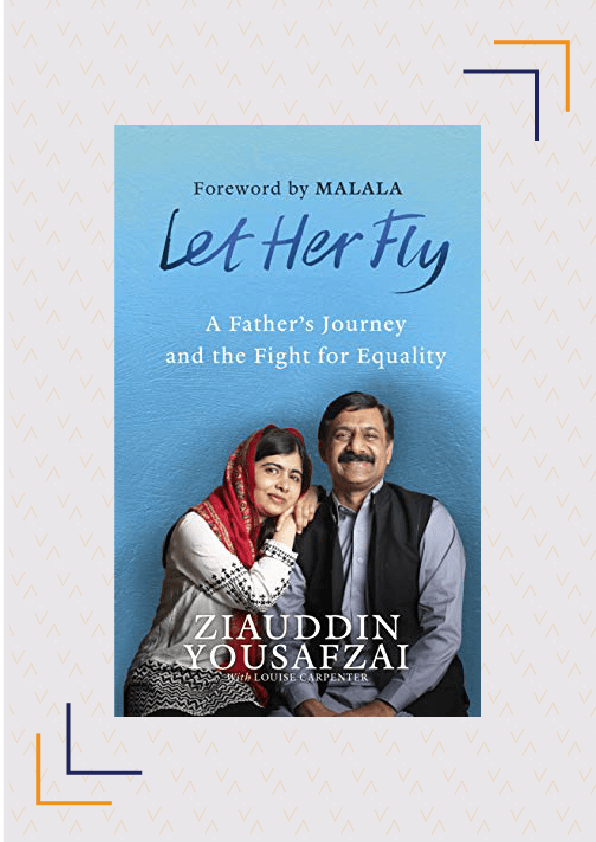 Let Her Fly: A Father’s Journey And The Fight For Equality

It would be hard to find someone who has not heard of Noble Prize-winning peace activist, Malala Yousafzai. This touching memoir is penned by her father, the equally impressive Ziauddin Yousafzai. Despite being raised in patriarchal Pakistan where he was taught that men are inherently better than women, Yousafzai constantly battled for equality for women and their empowerment. This book covers his journey as he stood up to his community for his beliefs, encouraged and taught his wife to read and write, and stood by Malala through her toughest moments and decisions. This book is a must-read for all, especially men, as it teaches the importance of both sexes fighting for equality. 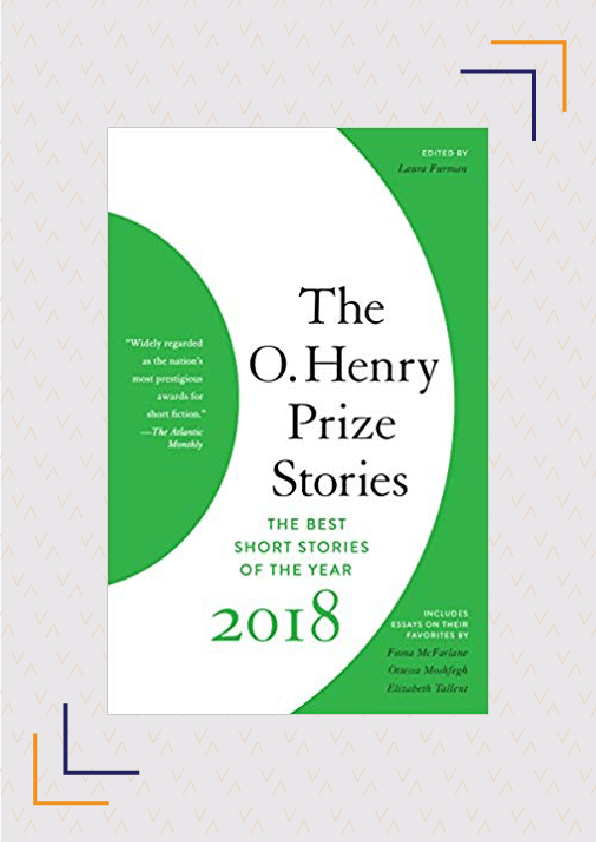 The O. Henry Prize Stories- The Best Short Stories Of The Year 2018

O. Henry was a master short story writer and the O. Henry Award was created in his honour and rewards the best short stories written each year. Published by Anchor in collaboration with PEN America, The O. Henry Prize Stories is a collection of 20 prize-winning short stories that have been published in literary magazines across the world. In this year’s collection, expect to read about Chinese grandmothers, mediums who act as witnesses for the dead and atomic test victims, amongst others. The stories are accompanied with essays from eminent authors on their favourite stories as well as notes from the authors as to what inspired them to write. 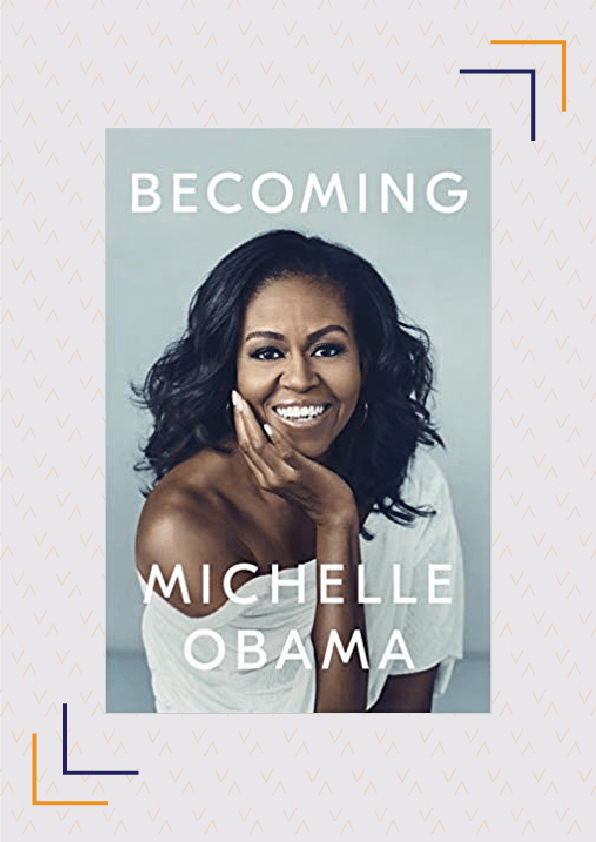 It is not for nothing that Michelle Obama is one of the most popular First Ladies, and her iconic speech ‘when they go low, we go high’ has gone down in history as a speech that epitomises power, grace and dignity. It is no wonder that her memoir is eagerly awaited as she promises to talk about her upbringing in the south side of Chicago, gives advice on how to raise two well-balanced girls despite the constant glare of the media and, of course, discusses her time in the White House as well as on the campaign trail. She also talks about her Let’s Move campaign as well as her focus on correct eating habits, moves which attempted to make America, as a nation, healthier. 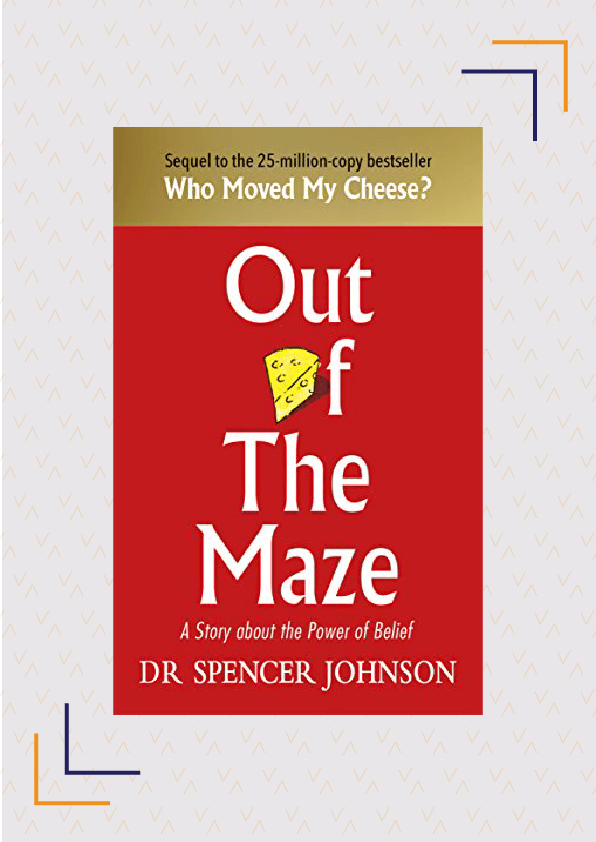 Out Of The Maze

Who Moved My Cheese released in 1999 and was a phenomenal success, selling over 2.5 million copies, and this November its sequel- Out Of The Maze, is being released, nearly 20 years later. Using characters such as Hem and Haw from the first book, Out Of The Maze teaches us how to adapt our beliefs to set us on the path to success. Johnson firmly believes our accomplishments are directly related to our own behavioural patterns, and it is imperative to modify them to meet with success. 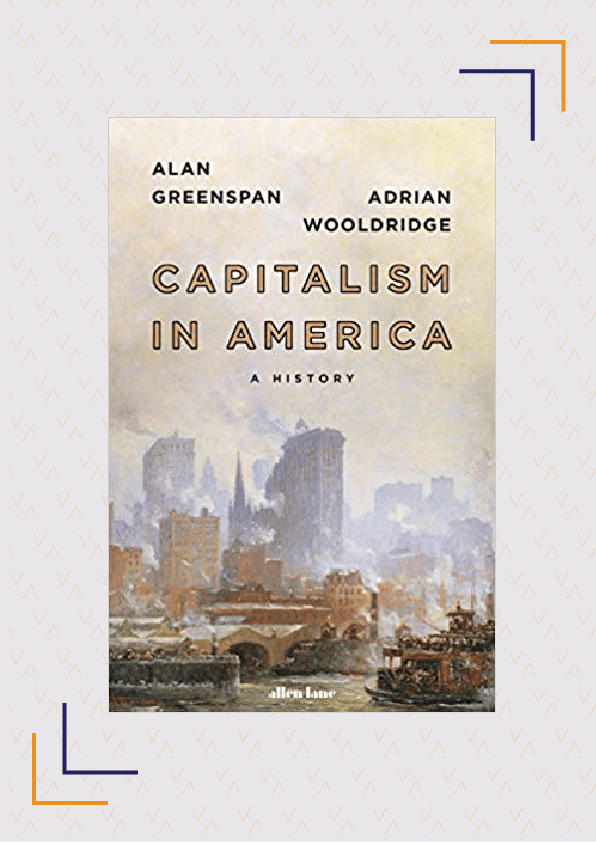 Capitalism In America: A History

Longlisted for FT & McKinsey Business Book of the Year Award 2018, Capitalism In America is written by two economic heavyweights. Greenspan served as Chairman of the Federal Reserve of the U.S. and Wooldridge is the political editor for The Economist. Providing deep insights and intelligent analysis, the authors go through American history exploring each pivotal economic moment, from the financial impact of the abolishment of slavery to Roosevelt’s New Deal. Making a case for tolerance and acceptance of change, Greenspan and Wooldridge paint a disturbing future for the American economy if attention to it is not paid now. 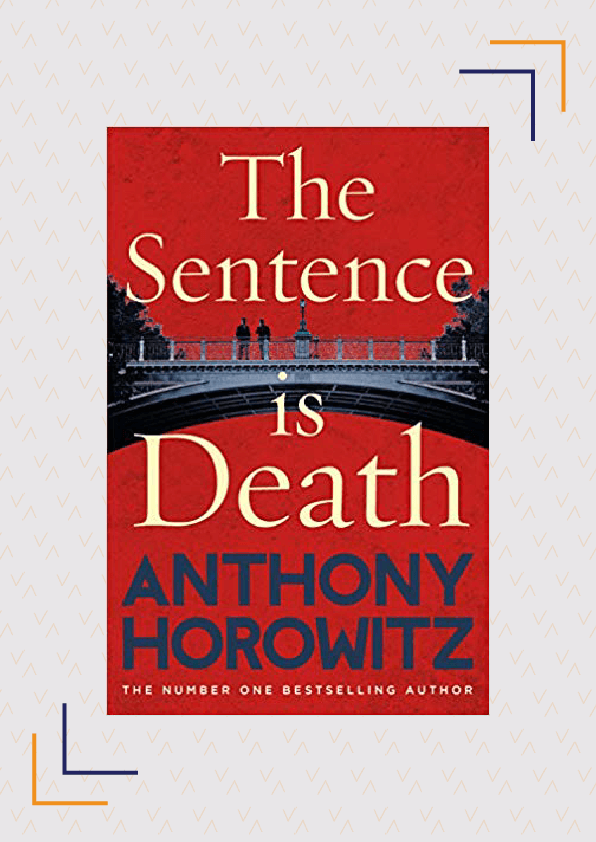 The Sentence Is Death

Popular mystery and thriller writer, Anthony Horowitz, releases the second book in the P.I. Daniel Hawthorne series in November, the first being The Word Is Murder. Considered a modern-day Agatha Christie, Horowitz’s latest mystery offering is the story of celebrity divorce lawyer Richard Pryce’s murder. Pryce is found brutally bludgeoned to death, and a very expensive, open bottle of wine is found near his body, an anomaly given that he didn’t drink. Hawthorne investigates his murder using this and other clues such as an enigmatic message and a three-digit number painted on the wall to finally catch the culprit. 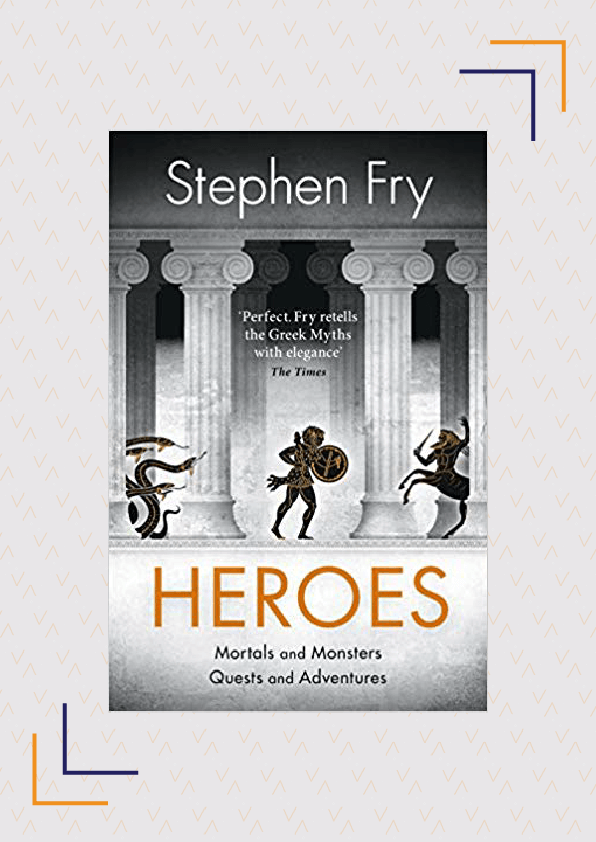 Fry is an actor, comic, activist, presenter and renowned author. In this follow up to his best-seller Mythos, Fry once again embarks on a retelling of some of the most famous and enduring Greek myths and legends, in quite a tongue-in-cheek manner. While focusing on tales such as Jason’s quest for the fabled golden fleece or Oedipus’ witty answers as he tricks the catty Sphinx, Fry also delves in to human psychology and showcases the best and worst of humanity. 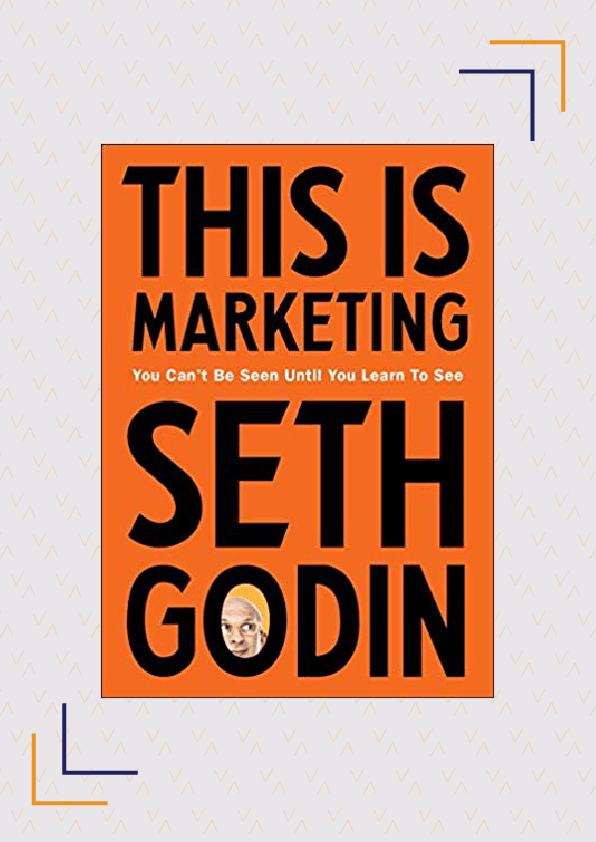 Serial entrepreneur, popular blogger,  award-winning business book author of Linchpin, Purple Cow and Free Prize Inside,  Seth Godin, is releasing his next, hotly-anticipated business book in November- This Is Marketing. The book breaks down marketing to its basics and really emphasises the formula for ‘success’- Godin theorises that it’s not fancy gimmicks that lead to loyal customers but empathy and generosity. However, in true Seth Godin fashion, the book is not just theoretical but also gives you practical tips on how to create marketing campaigns that connect with people, and, amongst other things, teaches you the importance of not confusing your social media following with true brand loyalty.

Disclaimer: Some of these books were previously available on Kindle or as international editions which were available for import. This list features Indian editions of these books, which tend to be more affordable. The information featured here is accurate as of October 26, 2018.