Fan theories around your favourite books are fun and make for some great conversations. Possibly, no other book has launched as many fan theories as George R. R. Martin’s fantasy series, A Song Of Ice And Fire (ASOIAF), and its subsequent TV adaptation, Game Of Thrones. The show is drawing to an end, but the remaining books are still to be written. We scrounged the internet and collected some of the whackiest, most outrageous and far-fetched fan theories that are about the books (not the show). So while you wait for The Winds Of Winter to release, why not read these theories and go down a veritable rabbit hole. 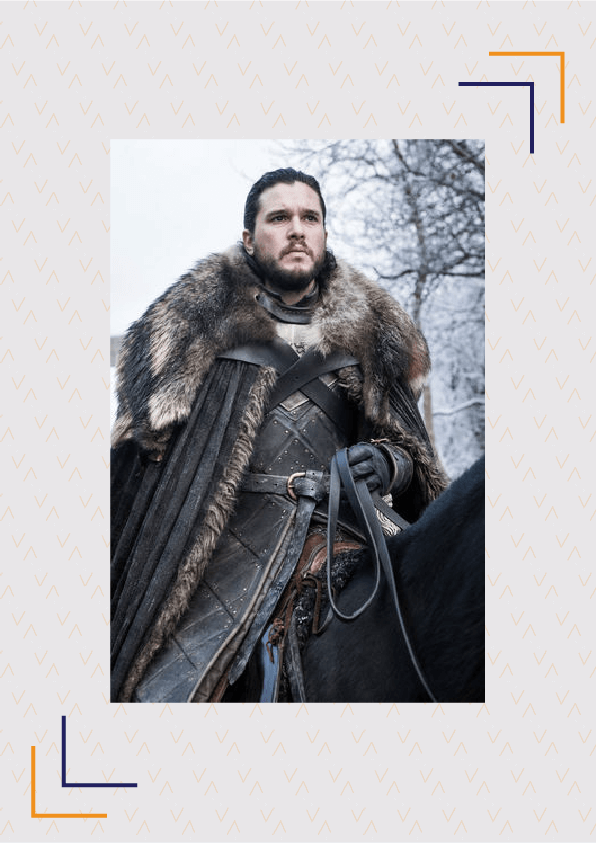 Jon Snow is one of the most important characters in ASOIAF, but his origins are shrouded in mystery. By all appearances, he is Ned Stark’s bastard, but no one knows who his mother is. Here’s a whacky theory (posted by u/MikeTysonsLifeCoach) we read- Bran Stark’s travel companion and saviour, Meera Reed, is actually Jon’s sister! The theory started with fans wondering who the third dragon-rider would be (Daenerys and Jon being the first two). If it were to turn out that Jon Snow is indeed Rhaegar Targaryen and Lyanna Stark’s son, then why couldn’t there have been one more child in the mix? Given Howland Reed (Meera’s father) was close to Ned and was with him when he went to the Tower of Joy, it is possible they discovered not one but two surviving children. Ned took Jon and decided to raise him as his bastard, and Howland took Meera and raised her as his own. If this unlikely theory were to be true, we have another contender for the Iron Throne! 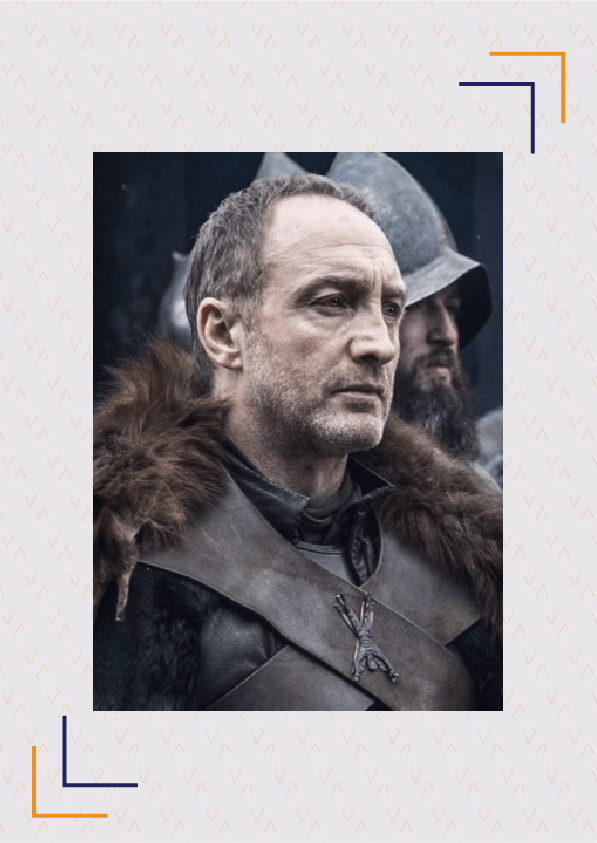 Roose Bolton is undead and immortal

Reviled both in the books and the show for orchestrating the Red Wedding, Roose Bolton is the head of House Bolton and currently Warden of the North, and this theory (posted by u/Megatron_McLargeHuge) believes he just might be an immortal undead! Roose Bolton is constantly described as incredibly pale, young-looking, soft-spoken, and a blood-leeching aficionado. The leeching could be to remove the congealed blood in his body, something Coldhands (the only confirmed undead character in the books) says that happens to the undead. And the icing on the cake? We all know Roose is obsessed with flaying people. Given that the Faceless Men have confirmed that cured skin can be used to take the disguise of another, this theory posits that Roose Bolton is an undead, who has been taking on the guise of others through history and using their skins to forever look youthful. 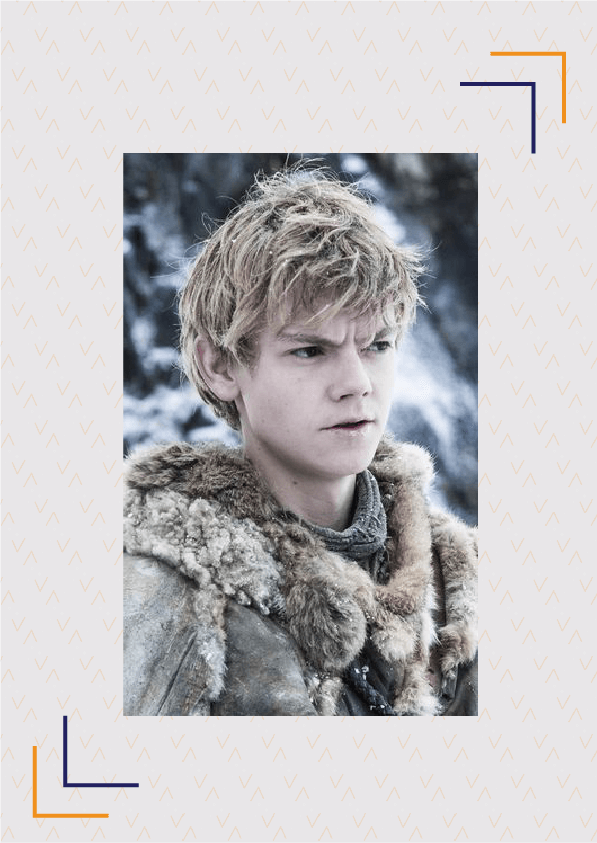 In ASOIAF cannibalism isn’t unheard of. Where we last left off in A Dance With Dragons, Jojen Reed was with Bran Stark in the caves of the Children Of The First Men, along with Bloodraven. As the book ends, Bran is seen looking for Jojen and Meera, but unable to find them. This fan theory (posted by starkloyalist) says that Jojen had been ground up into Weirwood paste and fed to Bran so that he could warg into Weirwood. What supports this theory? First, Jojen is a greenseer and has been feeling a sense of impending doom. Second, when Bran initially tasted the paste, he thought it had blood in it. And lastly, Bran had ‘seen’ ancient men sacrifice humans to the Old Gods and then tasted their blood. Given that Jojen is dead on the show (albeit in a lesser, if that’s possible, brutal way), could this theory be true? 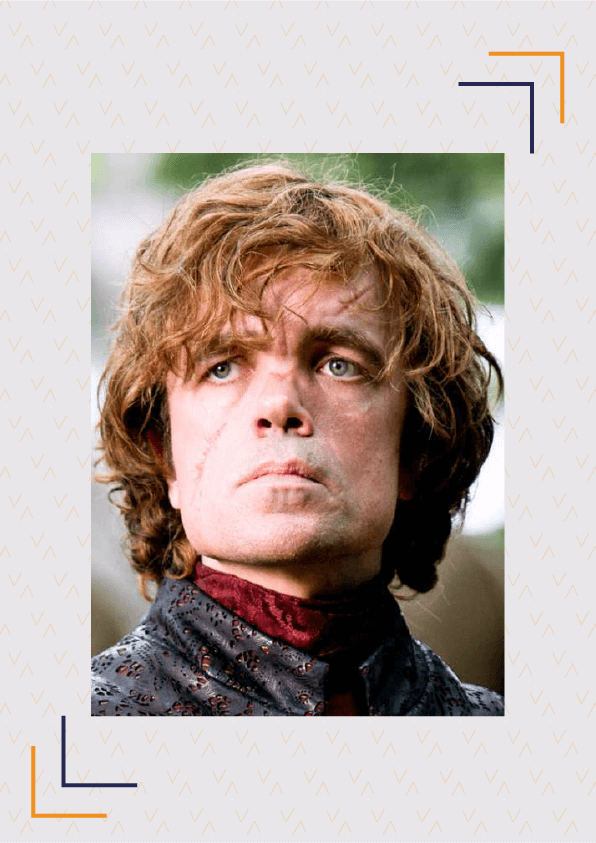 Tyrion Lannister is the son of Aerys II Targaryen’s A.K.A. The Mad King

Of all the whacky theories out there, this one (posted u/tuna_HP) may just have a modicum of truth to it. Tywin has always hated both his son Tyrion and Aerys II Targaryen. It is common knowledge that Aerys lusted for Tywin’s wife, Joanna. Is it possible he bedded her one night and the result of that was Tyrion, whom Tywin had no choice but to raise as his own? It would explain constant references to Tyrion’s hair that was so blonde that it was almost white and the fact that he had mismatched eyes (both Targaryen traits), and his obsession with fire and dragons. It also explains Tywin’s dying words to Tyrion, ‘You are no… no son of mine’. And if this were true, along with R+L=J (remember, in the books, it’s still to be proven), we have the third head of the dragon. 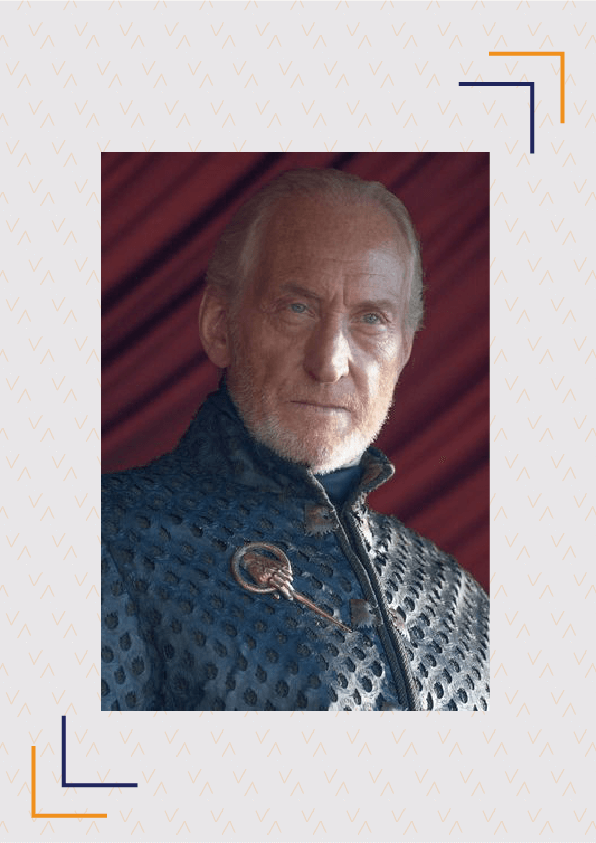 What is the Purple Wedding? The one where psychopath sadist Joffrey met his end, poisoned by Lady Olenna Tyrell and Littlefinger. We have here a theory (posted by Maester Gandalf) that Tywin Lannister knew all about the plot, and let it continue anyway. Multiple reasons seem to back this up- first, Joffrey is out of control and is certainly less likely to listen to Tywin, especially when compared to Joffrey’s younger and much nicer brother and heir, Tommen. Second, once Joffrey dies, Tywin can extend complete control over most of the seven kingdoms, thereby establishing himself firmly as the de-facto ruler. And lastly, he can accuse his detested son Tyrion of Joffrey’s murder and have him either hanged or sent to the Wall. And for someone like Tywin, this isn’t even unbelievable. 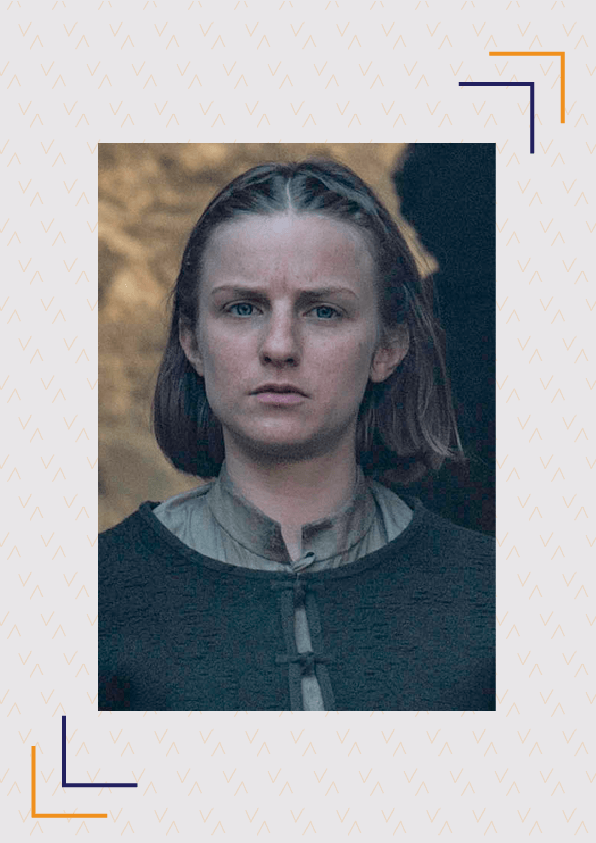 The terrifying assassin from the House of Black and White, Waif, is introduced in A Feast For Crows and she tells Arya Stark that her father was a Westerosi nobleman, who gave her up to the Many-Faced God, along with two-thirds of his wealth, after her stepmother tried to kill Waif fearing she posed a threat to her own child’s inheritance. According to this fan theory (posted by u/hollowaydivision), after much analysis, it seems that the only Lord who would fit this story is Roose Bolton- we know he married a Bethany Ryswell after his first wife died, and there was a child from that union (who is now dead). As per the Northern traditions, a daughter can inherit her father’s land and title. And Waif’s age fits with the timeline presented. 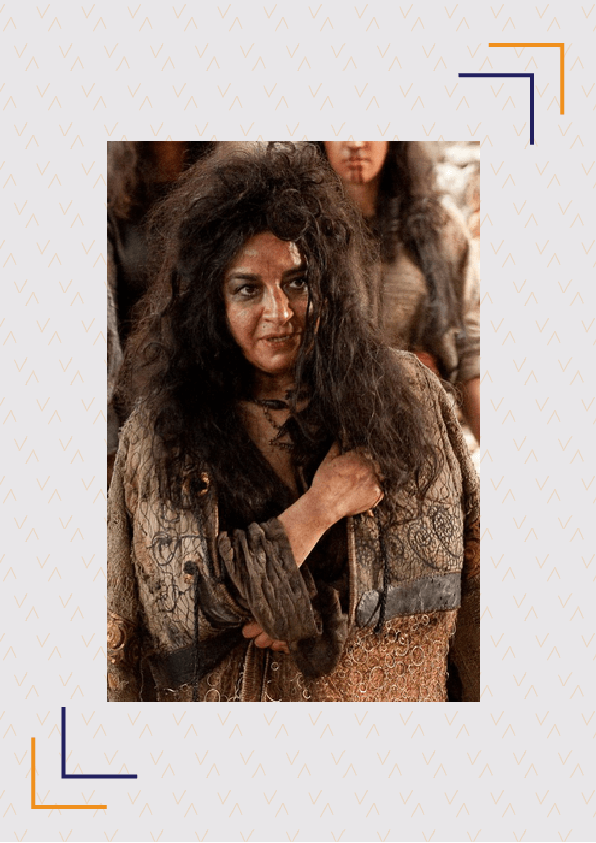 We met Mirri Maz Durr in A Game Of Thrones and she was Daenerys’ friend-turned-foe. She not only engineered Khal Drogo’s death but also that of Daenerys’ unborn child. By all accounts, Daenerys and she hated each other and Daenerys had her condemned to burn in the pyre in which Khal Drogo was being cremated. But here’s a theory (posted by tze)- Mirri Maz Durr went into the fire singing and given she’s proven to be a witch, her song was to make herself immune to the fire, but it accidentally got cast on Daenerys instead, saving her and killing Mirri Maz Durr instead. Now George R. R. Martin isn’t one for poetic justice or karmic intervention in favour of the ‘good’, but maybe he had a change of heart for this scene? Given Daenerys’s whole story arc is set on the fact that she is immune to burning by fire (something no other Targaryen has been), won’t it be wild if this were true? 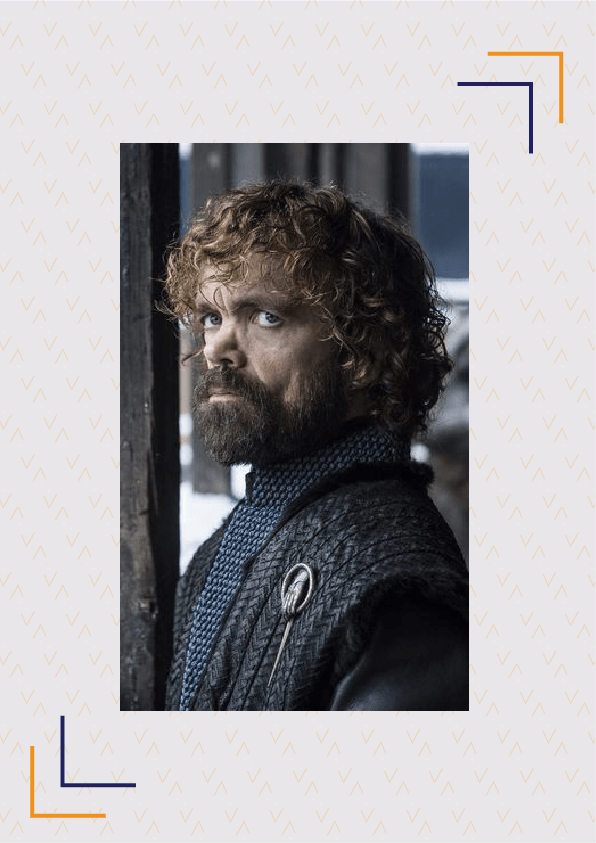 Tyrion Lannister has fathered a daughter and will sleep with her

If the theory that Tyrion is a Targaryen were to turn out true, maybe it won’t be so creepy, but in our world, you just do not sleep with your own child! There are two theories, that we found on this Bustle list, for Tyrion sleeping with his daughter. The first goes that Tyrion’s ex-wife, Tysha (the one Tywin made Tyrion believe is a whore and had gang-raped, because its, well, ASOIAF), is living under the moniker The Sailor’s Wife, a prostitute in Braavos, and has a blonde daughter named Lanna. Lanna is probably Tyrion’s daughter because she’s blonde, her name sounds similar to Lannister and her age matches, and Tyrion will probably sleep with her. The second is that Tyrion’s dwarf-friend, Penny, with whom there is love brewing, is actually his daughter and they will consummate their relationship soon. 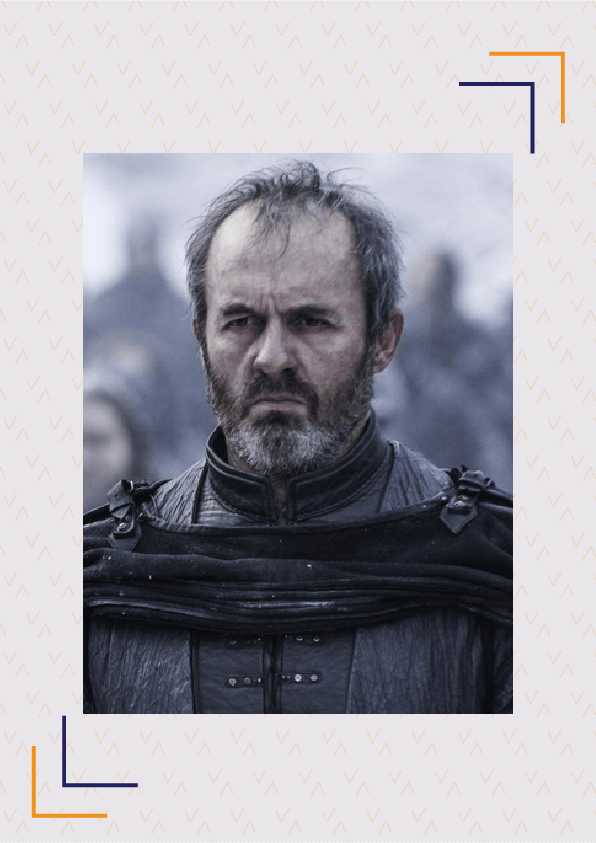 Stannis Baratheon becomes the Night King and takes over Westeros

Stannis Baratheon is one of the most principled characters in ASOIAF. He is willing to sacrifice even his brother for the cause of what is ‘just’. So wouldn’t it be exciting if this character were to slowly go mad in his pursuit of justice, become the Night King and rule Westeros the way he thinks it should be ruled? He is currently waging war against the Boltons in Winterfell, but his fiery companion, Lady Melisandre, is no longer with him. This theory (posted by Babeldygob) proposes that as he makes his base in the North he slowly gets seduced by the power of ice and cold, and uses them to win wars against the rest of the Westerosi Houses, and ultimately morphs into the Night King himself. 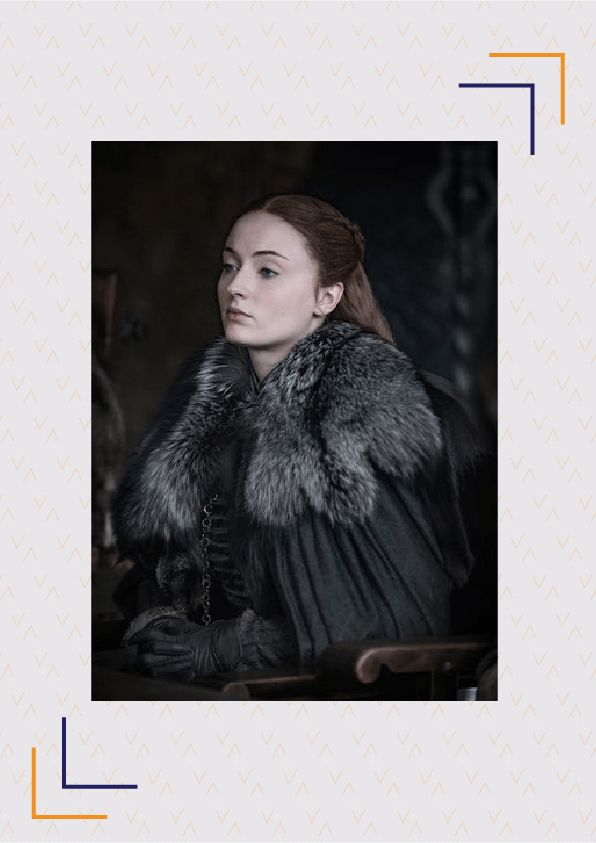 Sansa Stark will be betrothed to Aegon Targaryen, A.K.A. Young Griff, before he dies of greyscale

Many believe that Sansa Stark will end up being a key player and one who will decide the fate of the seven kingdoms. She’s resilient, and while people physically and mentally stronger than she have died, she has survived. George R. R. Martin is famous for foreshadowing and in a story in The Hedge Knight, five knights battle for the hand of a 13-year old maiden (Sansa’s age in the books). They are, in order, a Baratheon, a Tyrell, a Lannister, a Hardyng, and a Targaryen. Now have a look at Sansa’s engagements/marriages- Joffrey Baratheon, Willas Tyrell, Tyrion Lannister and Harry Hardyng (her current fiancé). A theory we found on this Quora thread (posted by Neelanjana Goswami) proposes that history will repeat itself and just as Humfrey Hardyng died of fight-related wounds, so will Harry Hardyng. Furthermore, Valarr Targaryen died of a disease and so will Aegon Targaryen, but not before unifying the seven kingdoms by way of an engagement or marriage to Sansa Stark.