Spoiler Alert: If you haven’t read A Song Of Ice And Fire or watched Game Of Thrones, this article will reveal some major plot points.

Having grown up reading classics, Tolkien’s The Lord Of The Rings being a personal favourite, it was a given that good always wins in the end, no matter what. When I began reading A Song Of Ice And Fire (ASOIAF) in my teenage years, I assumed beforehand how the story would shape up, who the good and bad guys were, and how it would ultimately end. When the noble Lord Eddard Stark uncovered the truth about Joffrey’s parentage and was ultimately arrested for treason, I thought to myself, “Oh here goes the same old story. Someone is going to stop his beheading, or maybe Arya will save her father”. I was prepared for anything other than what actually happened – Ned Stark was beheaded, and I was shocked to my very core.

I was flabbergasted. How could such a ‘good’ character die? My core beliefs were shaken, but George R. R. Martin did not stop there. Robb Stark, Ned Stark’s son who wanted to avenge his father’s death, ended up brutally murdered at the infamous Red Wedding. Sansa Stark’s direwolf, Lady, was killed for a ‘crime’ she did not commit. Daenerys was sold to a barbarian at the age of 13. 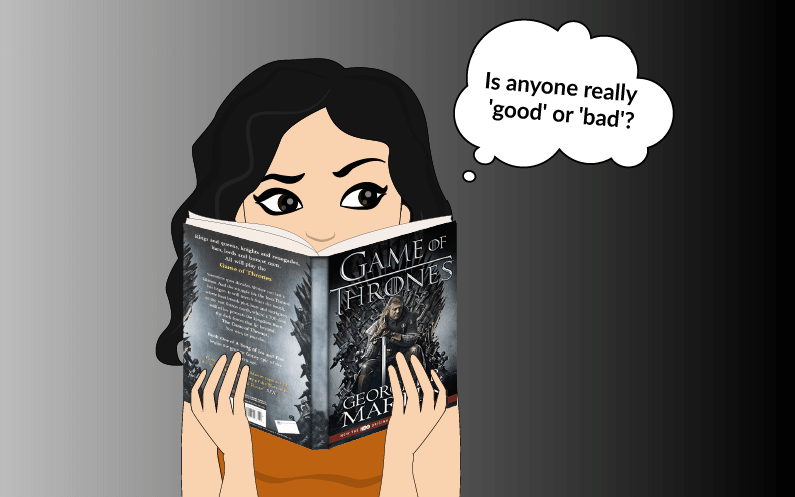 A recurring theme in ASOIAF is the way ‘good’ characters end up with unfortunate endings, and the ‘evil’ seem to get away with their unpardonable deeds. Martin was deeply affected by Gandalf’s death in The Lord Of The Rings but thought he should have remained dead. This might be the inspiration he needed to write characters, even good ones, who could (and would) die without any warning. In ASOIAF, he writes conflicted characters, rather than those that are entirely evil or completely good. Martin wanted to create a world that was like ours – where good and evil are just two sides of the same coin, present in every human, and the choices we make often have unexpected consequences.

Martin did not put any characters in boxes of “pure” or “evil”, but rather portrayed them as ever-evolving and sometimes, even paying the price of their past decisions, despite it being unfair in the present. Take Bran Stark, for example, sweet innocent Bran who paid the price with his legs, just because he witnessed the Queen making love to her brother. The Queen and her twin, in turn, got away with the crime. Martin’s morally ambiguous characters paved the way for changing the standards set for good and evil.

Game Of Thrones and ASOIAF might be popular with some due to the sex, violence and dragons in them, but the grey characters they showed were also welcomed with equal enthusiasm. The skewed morality of the characters is a fresh perspective, that hits close to home. We love the good guy, we even root for him, but his conventional portrayal tends to be a little unrealistic. 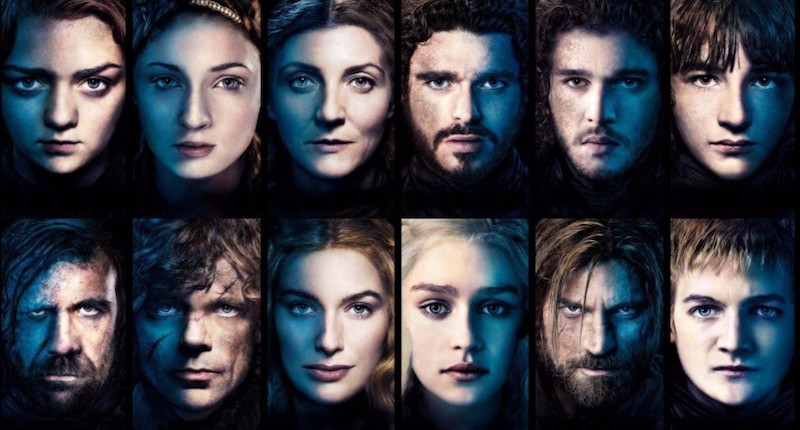 Even the supposed ‘good’ guys in ASOIAF fail at always being virtuous. Jon Snow might be a good guy, but the constant betrayal of the Night’s Watch, first by falling in love with a Wildling and then, by attempting to rally against House Bolton, often put him at odds with the oath he has taken. Daenerys Targaryen wants to free slaves and be a just ruler, but her justification for letting her brother die a torturous death seems a tad on the grey side of things. Even Stannis Baratheon, otherwise the epitome of all things principled, is quick to sacrifice his brother’s bastard for the ‘good’ of the kingdom. These characters may have all the qualities of being moral protagonists, but their decisions don’t always support their values.

Representing the ’dark’ side, we have Margaery Tyrell, who gets to be queen, twice or thrice (depending on how you treat Renly Baratheon), despite her scheming and plotting. At the same time, she is very popular with the people and often shows great kindness in how she treats the ‘common folk’. On the other hand, there is Cersei, whose ambition ultimately leads her to become Queen Regent. We were raised with the lesson that evil is always punished, yet in Martin’s work, most of the ‘bad’ characters are still alive and well, and are yet to pay the price for their deeds. Petyr Baelish and Roose Bolton are possibly just as heinous as Cersei, if not more, yet both are thriving in the latest book of the series. Whatever their future might be in the upcoming books, it does feel like these characters get away with a lot of evil deeds.

Perhaps what most affected me was that people were neither inherently good nor entirely bad in the books. Catelyn Stark, who is the perfect Stark matriarch, hated Jon Snow for no fault of his own. Although everyone loves to hate Cersei, no one can deny the fierce love she has for each of her children, and the lengths she is willing to go for them. This showed me how ‘good’ people don’t always think of what is best for others, while ‘evil’ people sometimes do. 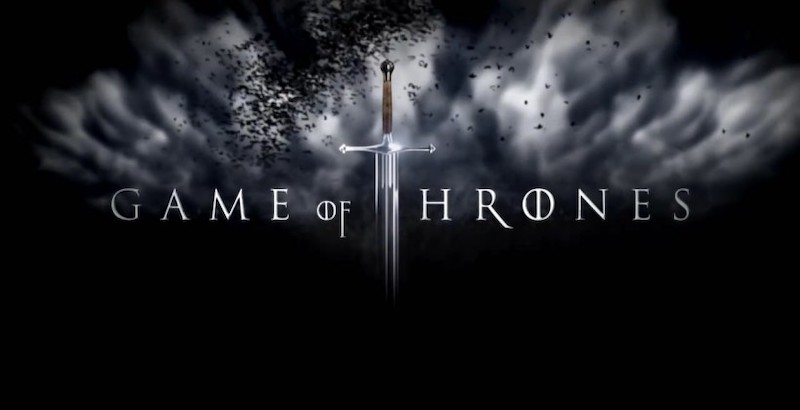 After my initial shock wore off, I mulled over it and came to a startling conclusion – Martin has not portrayed people as ‘good’ or ‘bad’, but rather as real. As another fabled character from another universe, Wonder Woman would say, “there is good and bad inside everyone, what matters is what we choose” – Martin has employed the very same philosophy. People are a culmination of their choices, and sometimes, life has a way of messing with us in spite of our good intentions.

The ASOIAF world is a brutal and terrifying one, but is it any different from the nihilistic world we live in today? Innocent people are subjected to wars because of the greed of powerful men, evil politicians come out trumps, and ‘good’ people make ‘bad’ decisions every day, so then how is our world any different from Westeros? While the book may not be a lesson in good and bad,  it is a reflection of the stark reality of our times.

Whatever its faults might be, ASOIAF has addressed the consequences of choices. When Varys asked Ned why he told the Queen of his plans, he replied, “The madness of mercy. That she might save her children.” Ned Stark did not die because he was good, he died because he chose to be good, even though it resulted in his death. As Cersei put it aptly, “When you play the game of thrones, you win or you die.“

The nihilism in ASOIAF is similar to one that is deeply rooted in our society. Yet, in our hearts, we still tend to believe that, at the end of the day, good deeds are rewarded and the bad are punished. Regardless of who wins (or rather, stays alive) in the books, the journey of each character has been a harsh one. I have lived through each and every one of those characters and felt that my life may not be so black and white after all. It is a sad thought, but that is the world we live in- one dipped in various shades of grey.