Game Of Thrones (GOT) has it all – politics, violence, dragons, blood magic and lots of sex. If you are a fan of the A Song Of Ice And Fire (ASOIAF) series, on which the show is based, you may be scrounging for other fantasy works which can satisfy your reading needs. Whether it’s the dragons you like or the political intrigue, this list has books for almost every fan of GOT. While we debate fan theories of who will die and who will end up on the Iron Throne, and wonder if George R. R. Martin will ever finish The Winds of Winter, here are 9 books and/or series to read if you like GOT or ASOIAF. 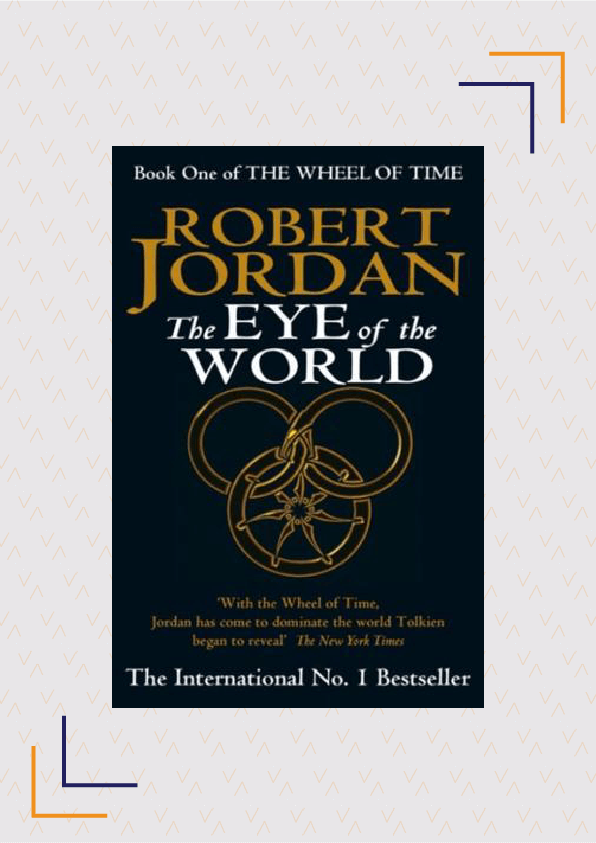 The Wheel Of Time

Just like ASIOAF, Robert Jordan’s The Wheel Of Time series has been a fan favourite for generations. Series require a certain amount of commitment and The Wheel Of Time will definitely test yours as you make your way through 13 books. The good part- the series is complete so there’s no waiting for the next book to release. It follows the key characters- Rand al’Thor and his friends, Matrim Cauthon and Perrin Aybara as they flee their home after being attacked by Trollocs. The series will keep you hooked as you follow al’Thor and his seven companions as they go on an epic quest for answers, make friends along the way, dodge enemies and eventually uncover their destinies. A suggestion: buy at least the first two books in the series because you’ll want to read the second as soon as the first is done. 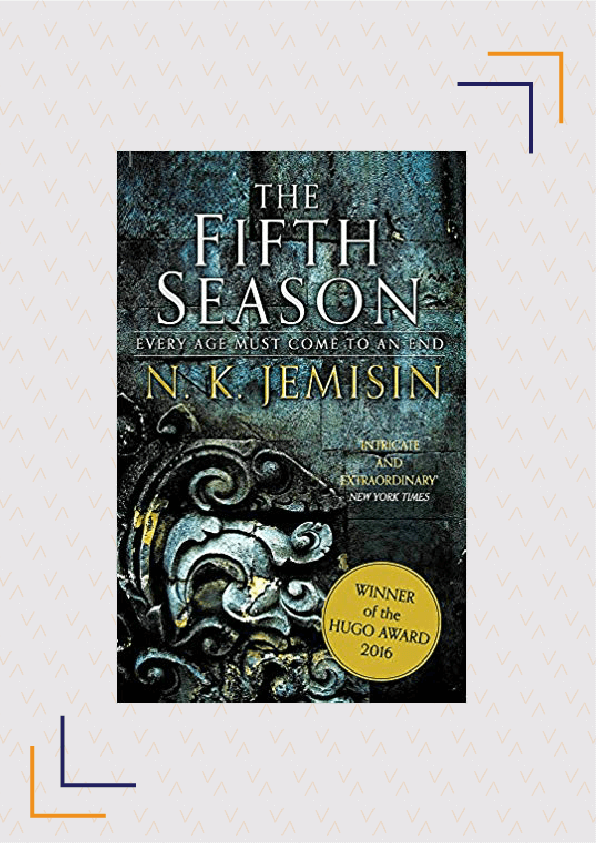 The Westeros universe is a brilliant example of world-building and definitely, one of the reasons we are all invested in what goes on there. If you are bewitched by the rich and extensive Westeros world, Jemisin’s series, The Broken Earth, will not disappoint. It is set in a world with a  single vast continent called the Stillness. When an apocalyptic disaster called the Fifth Season threatens to wreck Stillness, the survivors call upon the ‘orogenes’. These women have the ability to prevent earthquakes using their magical abilities but are looked down upon by other humans. The trilogy follows the journey of three such women, the hardships they face because of their abilities, and their attempts to thwart the apocalypse. 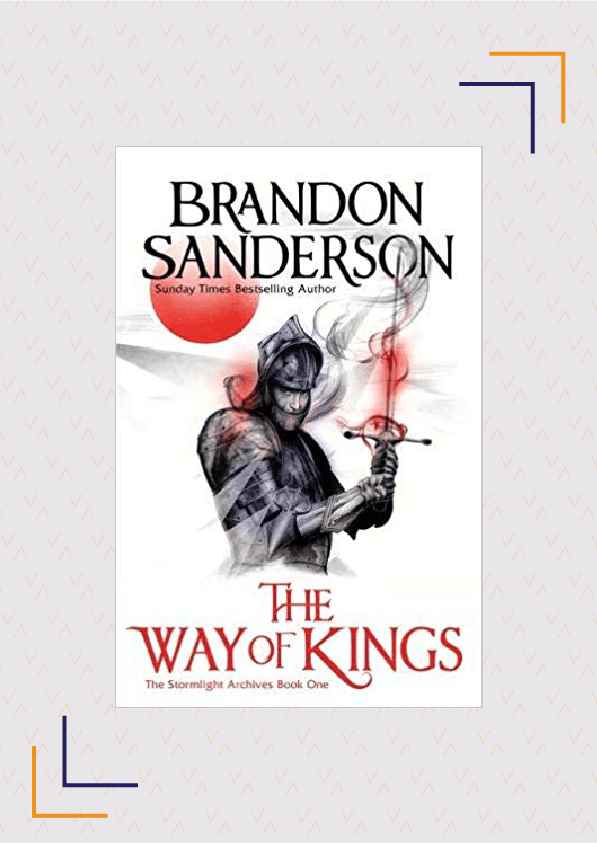 When real life gets a little too boring, magical worlds where strange creatures, princesses and knights exist seem like the perfect escape and ASOIAF clearly fulfils this purpose. And so does Brandon Sanderson’s The Stormlight Archives, an epic series that combines myth and fantasy. In this world, humans live on Roshar and wage war to acquire Shardblades, magical swords of knights who were once protectors of humans, but ultimately turned against them. The story follows Shallan, Dalinar and Kaladin, who end up in the middle of a war between the kings who are trying to claim the Shardblades. The Stormlight Archives set in motion a legendary story that will keep you hooked. 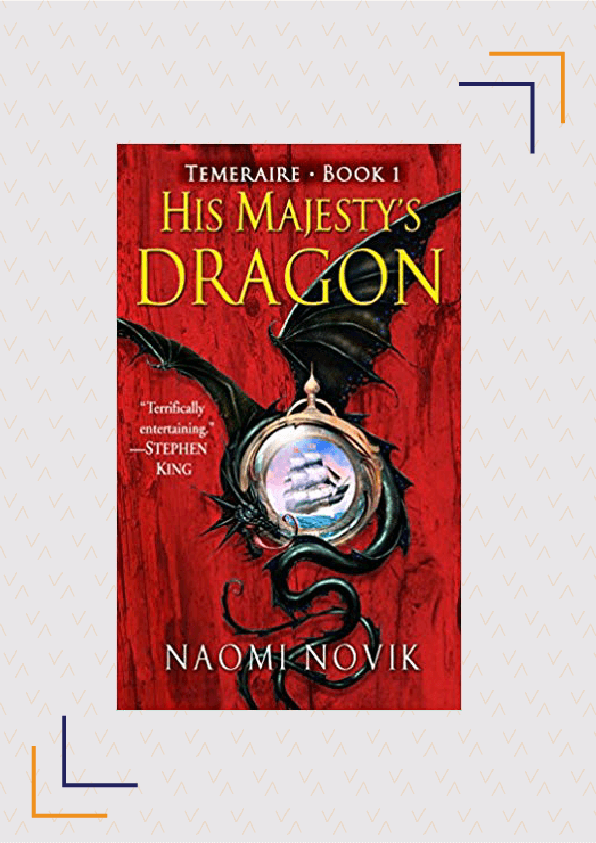 Daenerys’ dragons are our all-time favourite, and what’s not to love about these majestic fire-breathing magical creatures. If you enjoy reading books which feature them, look no further than Naomi Novik’s Temeraire Series. It traces the journey of Captain Will Laurence, a member of the British Royal Navy, and his dragon, Temeraire. The series follows their adventures across the globe, as they fight Napoleon’s army, and get involved in the French invasion of Russia amongst other battles. Novik has managed to perfectly fuse the fantasy world of dragons with the real one, and the result is astounding. 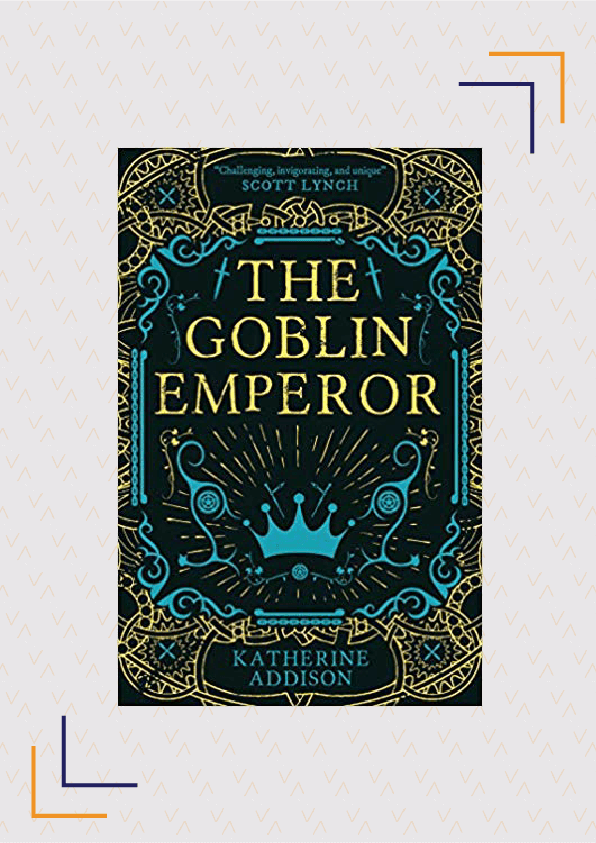 Love them or hate them, but Tywin’s political machinations and Littlefinger’s plotting are what keep us on our toes through ASOIAF. If such political intrigue is your cup of tea, The Goblin Emperor is a must-read. Maia Drazhar is an 18-year-old half-goblin and distant heir to the Imperial Throne. When the King and three of his heirs are murdered, it is up to Drazhar to step up as the Goblin Emperor. With everyone suddenly lining up to win his favour, he finds it difficult to navigate the harsh political climate but must quickly learn to do so, if he is to stay alive. The Goblin Emperor is bound to fascinate you with its intriguing political drama. 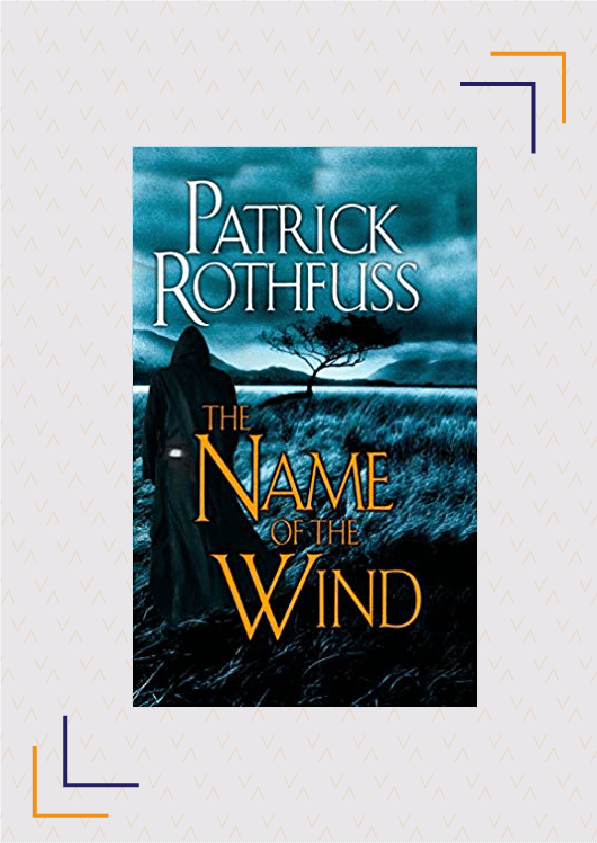 From resurrections to dragons, magic is an important element of ASOIAF. Those of you who were thrilled with Melisandre’s blood magic and Valyrian magic, this series will satisfy all your literary magical cravings. Patrick Rothfuss’ The Kingkiller Chronicle is the exceptional journey of Kvothe, a notorious magician who is both the villain and the hero of the story. Told from the protagonist’s perspective, the novels cover his experiences as an orphan in a crime-filled city, how he ends up at the school of magic and his search for the perpetrators who murdered his family. The series is guaranteed to captivate you with its astounding magical elements. 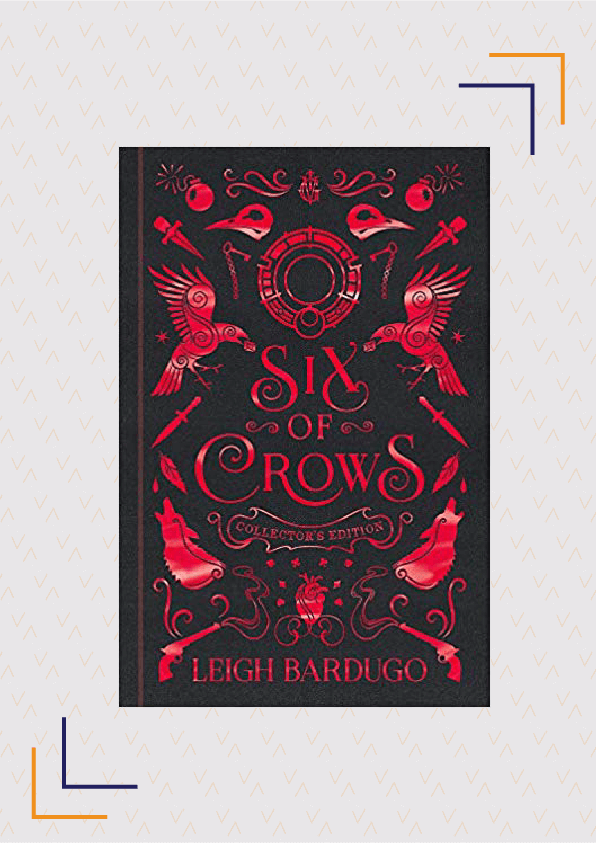 It is easy to think of the world as black and white and that people are either ‘good’ or ‘bad’. However, ASOIAF showed us that morality is often ambiguous and that the world is painted in shades of grey. If you want to further explore moral ambiguity, pick up Leigh Bardugo’s Six Of Crows, a fantasy novel that follows Kaz Brekker, a notorious criminal. When an opportunity presents itself for the heist of a lifetime, Kaz gathers a ragtag gang to break into the Ice Court, a military stronghold. Six Of Crows will show you that things are not always what they seem and that even a seemingly evil person can act with honour and be ‘good’. 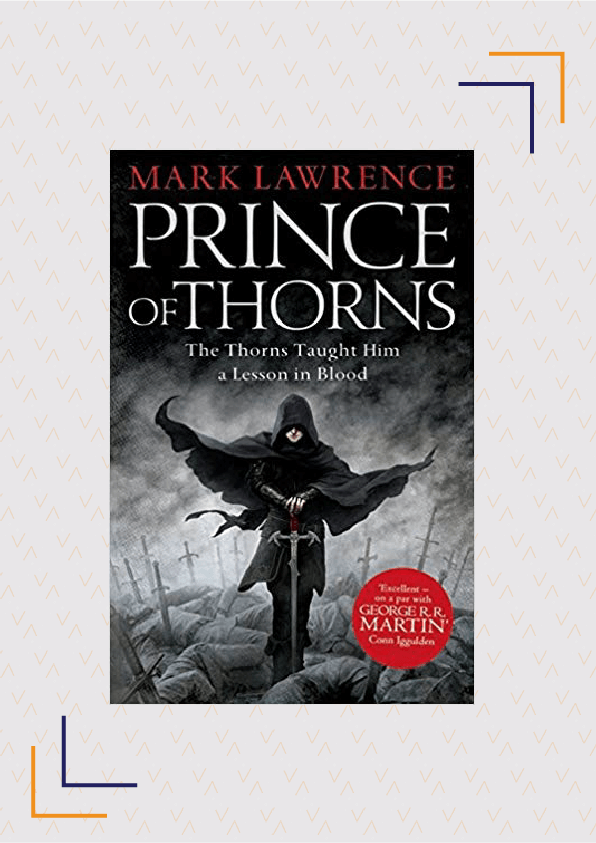 Gore and brutal violence are a vital part of Game Of Thrones. For those of you who enjoy these horrific elements, Mark Lawrence’s The Broken Empire Trilogy is a great series to pick up. After witnessing the murder of his family, Jorg Ancrath, a prince, runs away to lead a group of outlaws called The Brotherhood. He returns to exact revenge on the murderers, and take back the throne. The demons of his past continue to haunt Ancrath, even as his current path is paved with treachery and torture. Ancrath’s dark journey from being a prince to a king and, ultimately, an Emperor is full of murder, torture, rape and guts and is certainly not for the faint of heart. 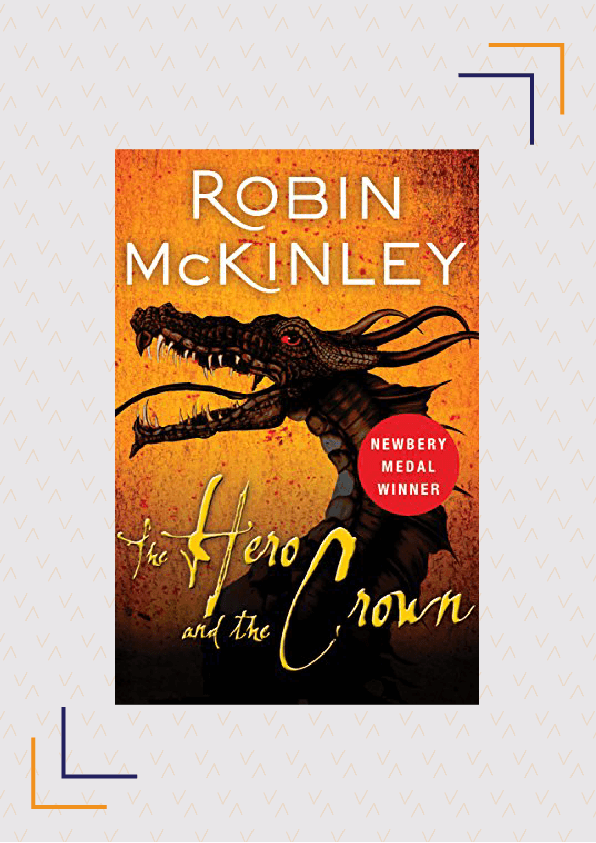 The Hero And The Crown

Daenerys Targaryen and Cersei Lannister are two of the best characters in ASOIAF, and it is always heartening to see powerful women featured in books. In The Hero And The Crown, the heroine is Aerin, a princess who is constantly belittled for being the daughter of a ‘witchwoman’ and for not being born a man. Using her dragon-killing skills, she sets off on a journey to save her kingdom from civil war, all the while searching for the mystical Hero Crown. The book portrays Aerin’s journey as she goes from a shy, unassuming girl to a kind and heroic queen.