Why George R.R. Martin Needs To Write The Winds Of Winter, But May Never

Istarted reading G.R.R. Martin’s wildly immersive and fairly twisted fantasy fiction series, A Song Of Ice And Fire (ASOIAF) after I watched the first season of Game Of Thrones. One of HBO’s most popular shows, it is believed that the network has spent more than $15 million per episode in season eight. Despite having a niche following even before the show, the books were not as popular then as they are now. Martin has shot to fame and his fans eagerly await even the tiniest scraps of information he feeds them when it comes to the land of Westeros.

While the T.V. show is great for showing fans the general direction the story is headed in, it still doesn’t satiate fans of the books. The world of Westeros is still as alluring. One may think Martin has waited too long, and his sixth book has lost the appeal it once had, but they’re wrong. We all want to know if Ramsay’s letter to Jon is true and if Stannis has been killed in Winterfell? Who is Lady Stoneheart and why is she out to kill people mercilessly? And is Young Griff really Aegon Targaryen? The show hasn’t answered these questions, it has either eliminated characters altogether or changed their storylines completely, and we book-lovers still want, nay need, our answers.

You’d think that after eight years people would be less excited about the sixth book but to my pleasant surprise, that isn’t the case. Whether you look at this Quora thread or speak to other book-lovers, the answer is unanimous- everyone is anticipating the release of The Winds Of Winter. 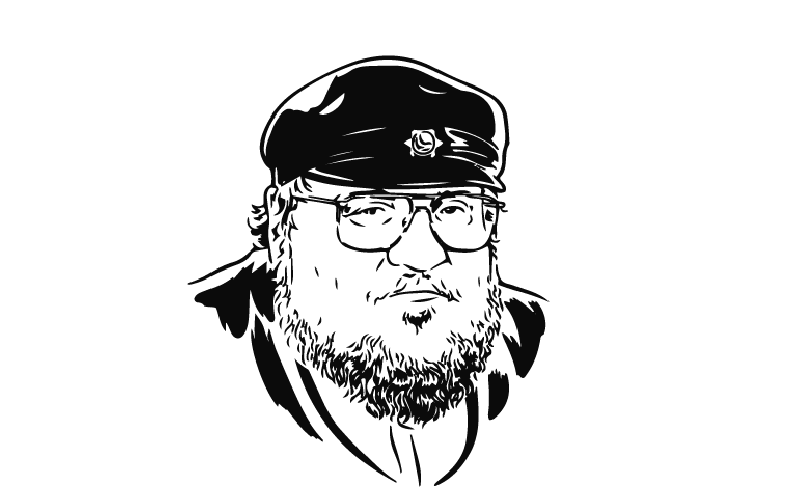 I spoke with writer-from-Goa-who-has-never-watched-GoT, Tej Haldule; financial-whiz-and-book-freak-at-heart Deepika Asthana; and corporate-lawyer-by-day-sci-fi-savant-by-night Nitin Sharma, about what drew them to the sixth book and why they were still awaiting it.

I think all four of us echoed the same sentiment- the books are far richer and far more enjoyable, but mostly, they have stories that need to be completed, and the show is not filling this need. For Asthana, the books are far superior, they are a classic example of ‘showing but not telling’. In her head, King’s Landing isn’t a certain place, it’s deeper and represents more than just a city. But in the show, there is only one King’s Landing, physically and metaphorically. Sharma understands that there are budgetary and time constraints in the show, but he misses the level of detailing and world-building that takes place in the books. He recalled that when A Dance With Dragons released, copies were hard to find, so he bought a Kindle especially so he could read the book right away, and his excitement hasn’t waned even a little bit. I think he summed it up best when he said “He (Martin) is the author, but we’ve all bought into this world, and we’re all invested in it. We ‘deserve’ the conclusion. I’d want it to be a satisfying end, but not necessarily a happy ending.”

Why Martin isn’t releasing the book is really anyone’s guess. He says he can’t work while travelling so one would hope he would sit and home and write, but that’s not possible for him anymore. He needs to attend comic cons, press conferences, season premieres, etc. for Game Of Thrones. And if that wasn’t enough, he is also working on four new spin-offs set in the same universe as Game Of Thrones. Asthana and Sharma seem to agree that this is the reason that he isn’t writing, but Sharma was far more gracious about it than I am. He says that while, as a fan, he feels he ‘deserves’ the sixth book, it is unfair to pressurise or rush Martin and he should be afforded his own pace. He understood the criticism for Martin that he had busied himself with other projects, but he felt that if Martin was not getting either the creative release he needed or a break for the world of ASOIAF, the quality of The Winds Of Winter would suffer. No one should write under such compulsion or pressure.

Haldule had his own take on the matter and believed that there was much pressure on Martin to change the book-stories from the show-stories. Furthermore, there are so many fan-theories for most of the characters that Martin wants to deliver something new altogether and hence is taking longer to write the book as he is virtually rethinking his original theory. Haldule says something similar happened with J.K. Rowling while writing Harry Potter. He is almost hoping that Martin writes something no fan has predicted nor has been seen on the T.V. show, for example, he’s hoping Jon Snow remains dead in the books!

(Image via The Fandomentals)

My cynical self can’t help but wonder if the money he is earning from the TV show is preventing him from writing The Winds Of Winter, and ultimately the series finale, A Dream Of Spring. Apparently, he earns $15 million a year from the show and the still extravagant but considerably lesser sum of $10 million from his books. So what economic motivation does he have to write the sixth and seven books? Game Of Thrones will soon be complete and won’t use any of the material from the books. The spin-offs are likely to use material from his other books, Fire And Blood, A Knight Of The Seven Kingdoms or maybe even a new book altogether. Martin is likely to earn a lot more if he were to write new material for new shows, and not novels six and seven of A Song Of Ice And Fire, but my bleeding heart still has faith in the writer.

Let’s also pause here and look at how long he took to write each novel. He began writing A Game Of Thrones in 1991 before it was finally published in 1996. Presumably, he took at least two years to write it. Subsequently, A Clash of Kings, A Storm Of Swords, A Feast For Crows and A Dance With Dragons were published in 1998, 2000, 2005 and 2011 respectively. As each novel got longer, so did the time taken to write it.  A Game Of Thrones was a paltry 864 pages when compared to A Dance With Dragons’ 1152 pages. The fantasy world got more complex, more storylines were added, new families were introduced and there were longer and more intense battles. And Martin isn’t a man of few words- each character and storyline has elaborate descriptions and details. Therefore, one could grant him some leniency in taking longer to write The Winds Of Winter, in which the multiple storylines will begin converging. But it has now been eight years. How long is enough? How long do the book fans have to wait?

Game Of Thrones’ fans have an advantage over A Song Of Ice And Fire‘s fans as they know the final season is premiering on April 14 of this year. The book fans don’t know when the sixth book is likely to come out, if at all. We can only urge Martin to write faster and hope he doesn’t leave us dangling. He has a lot of stories that need winding up which the show cannot do. We want, nay need, answers. So, in all earnestness, I, nay we, plead #WriteGeorgieWrite.