The monsoon is almost upon us! The rain, a steaming cup of coffee, a plate of hot pakodas, fresh from the fryer, with chaat masala sprinkled generously all over, a great book and, if you’re lucky, a view of the grey skies- what more can a reader ask for! Being trapped indoors during the monsoons could almost be a blessing in disguise! We asked some of our wonderful writers and our in-house team to share their favourite monsoon reads with us. 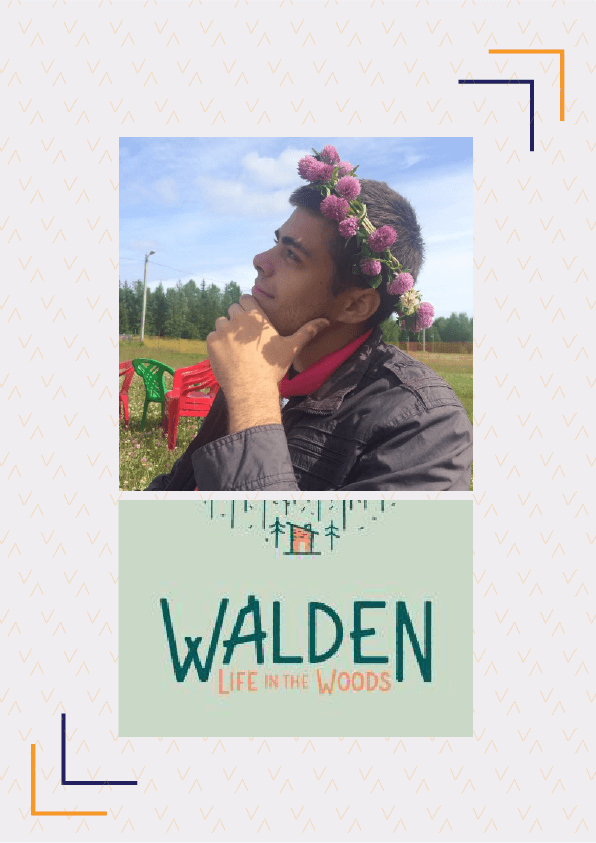 Recommended by Bruno Boksic:
My favourite one to read when it’s raining and the one I will recommend to others is Walden by Henry David Thoreau. First of all, you appreciate being inside when it’s raining without a leaking roof – something Thoreau didn’t have while living in the woods. And he has a way of capturing and interpreting your thoughts when the sky is colourless that just hits a chord with you. It’s a perfect “Stay-Inside-When-It’s-Raining” book. 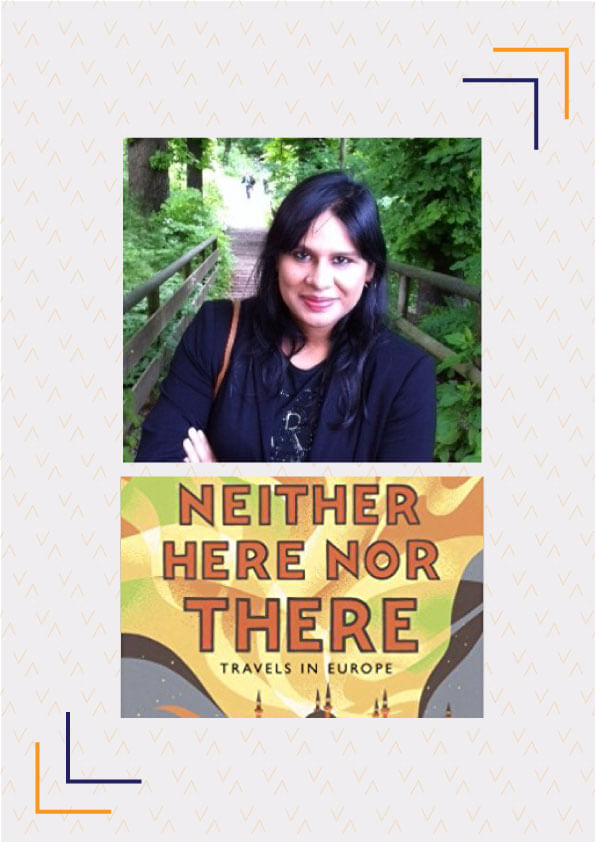 Neither Here Nor There

Recommended by Deepika Asthana:
On a rainy day, I always gravitate towards Bill Bryson. Warm, fuzzy, often sardonic and delightfully witty, Mr. Bryson is the best company on pretty much any day. However, if I really had to narrow it down, I would say that my favourite is Neither Here Nor There. The book is a fascinating journey through Europe, commencing from Hammerfest, the northernmost town in Europe and ending at Istanbul. Weaving through the cultural and political quagmire that is Europe, the book is peppered with fantastic insights, sometimes trivialising and at times glorifying, the travails of a traveller. If you do have the wanderlust bug (I most certainly do) then nothing trumps reading Bill Bryson on a rainy day. 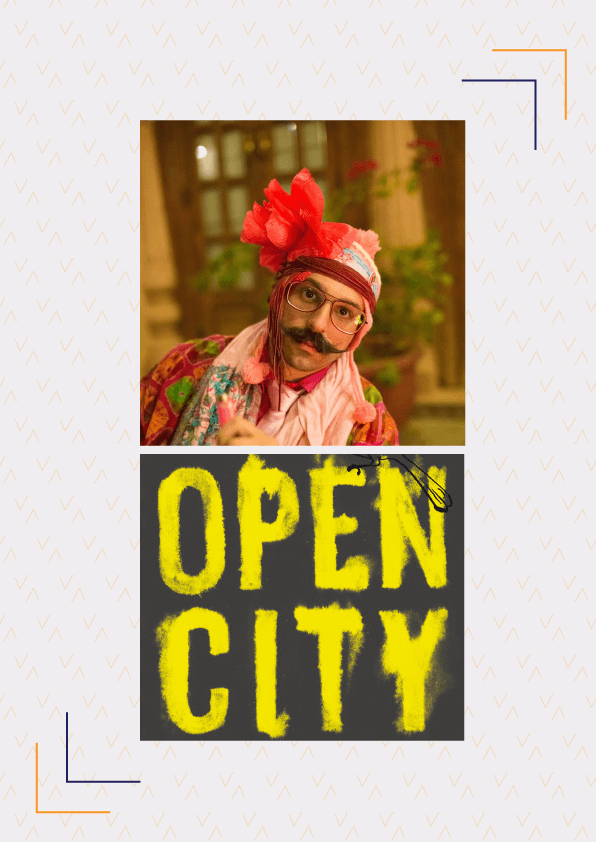 Recommended by Kerry Harwin:
Teju Cole’s Open City explores the way that the cities in which we live become tactile maps and archives of our existence and identities.  Exploring the city and the self, the author writes in the flâneur mode that has characterised literature of this sort from Rousseau to Benjamin and Baudelaire through W. G. Sebald. As the rains traps me inside, Cole’s urban explorations serve as a reminder of the vibrant life that hums around us all. 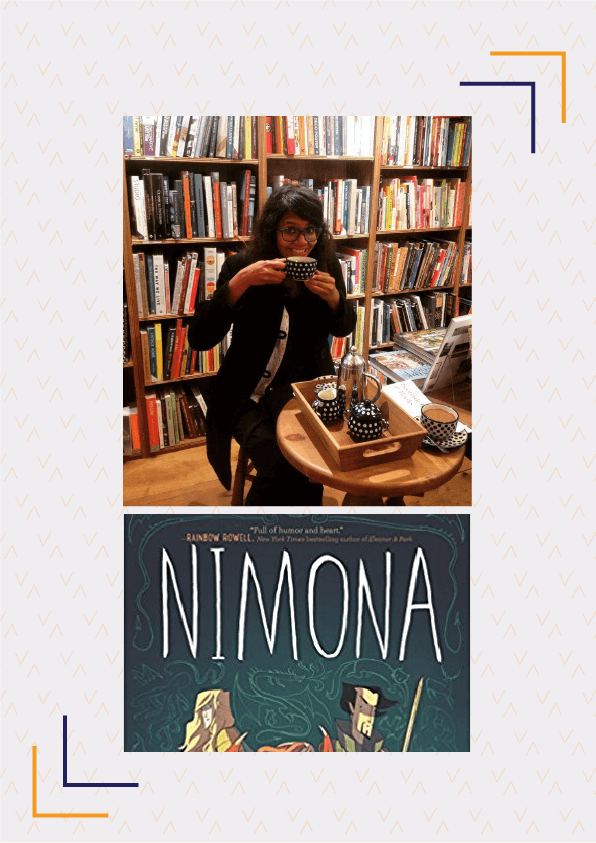 Recommended by Parinita Shetty:
It was super difficult to pick just one book as recommended rainy day reading. My shortlist had a diverse range of books for different kinds of moods. I finally decided on Nimona by Noelle Stevenson. It’s a graphic novel I completely fell in love with and you can finish reading it over a couple of lazy hours when the rains give you a perfect reason to stay home. The book features villains and heroes, monsters and side-kicks, science and magic. It’s also funny and wild and makes you look at things sideways with fresh new perspectives. It’s one of my favourite books! 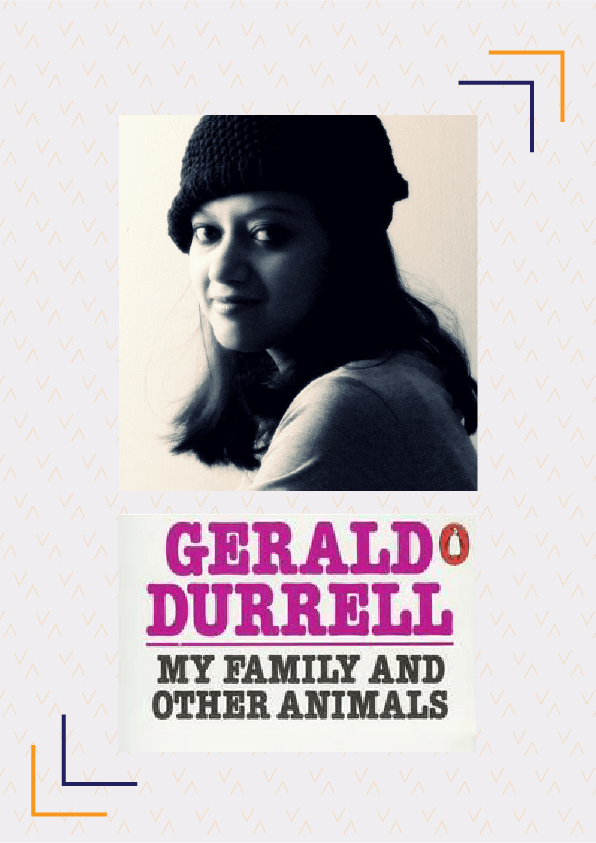 My Friends And Other Animals

Recommended by Prarthana Banikya:
My favourite read in the monsoons is usually something light and funny or sometimes, something intense, like a well-written psychological thriller. This year, I’ve been spending most of my monsoon hours at home reading My Friends And Other Animals by Gerald Durrell. It’s a delightful autobiographical book about the author and his family’s life on the Greek island of Corfu. To say the book is funny is a gross understatement. I cannot count the number of times I’ve laughed aloud or snorted with laughter and had Yankee and Haiku (my felines) look at me like I’m in delirium. I’d recommend this book to anyone to bring a little more cheer to a dull, rainy day. 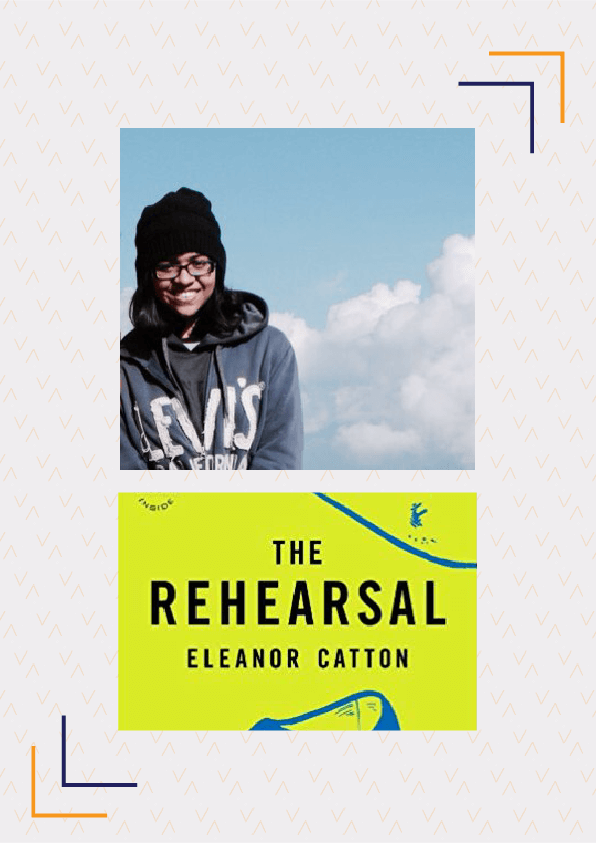 Recommended by Sayali Palekar:
The book I would – and have – read over and over again in the rains is The Rehearsal. It’s Eleanor Catton’s first novel, and it’s a fabulous work of fiction by one of the best writers of the 21st century. The Rehearsal is all about a single event and one of its reverberations. 30-year-old music teacher Mr. Saladin is fired for having sexual relations with his underage student, Victoria. Nobody knows what to think and everyone keeps reporting stuff to everyone else, the fresh gingko-scented air filled with unease. (Prime among these afflicted individuals is young Victoria’s even younger sister, Isolde.) Based on a routine circuit of a handful of places, the novel gives us all its lives as marked cruelly by performance. There’s the music class where Isolde’s saxophone teacher questions her students about their prudishness and views on adulthood. There’s the home shared by Victoria and Isolde, a battlefield of hallways and dinner table chairs. There’s the drama Institute where Stanley, a young actor, prepares for a dramatisation of Saladin-Victoria affair. To my imagination, rain always thunders outside each of these inner spaces. Every page is a magnified image of small defeats and conflicts, and this enlargement of the ordinary, the young, is powerful because it’s accomplished by a tremendous writing talent – a talent that knows how to mould space, bend time, and meld the two in an irresistible format of past (performance) and present (performance). 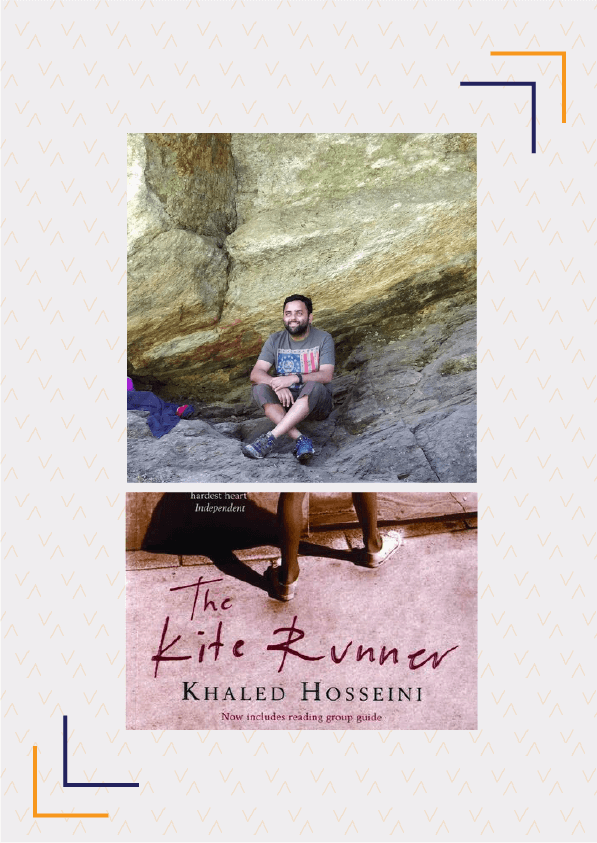 Recommended by Tanuj Lakhina:
If I were to shortlist my options, I would say The Kite Runner. The book captures so many emotions, so many aspects of the society, people within the society, and the relationships between them so effectively. Not the easiest of relationships to describe, to bring to life and yet, Khaled Hosseini does so beautifully. 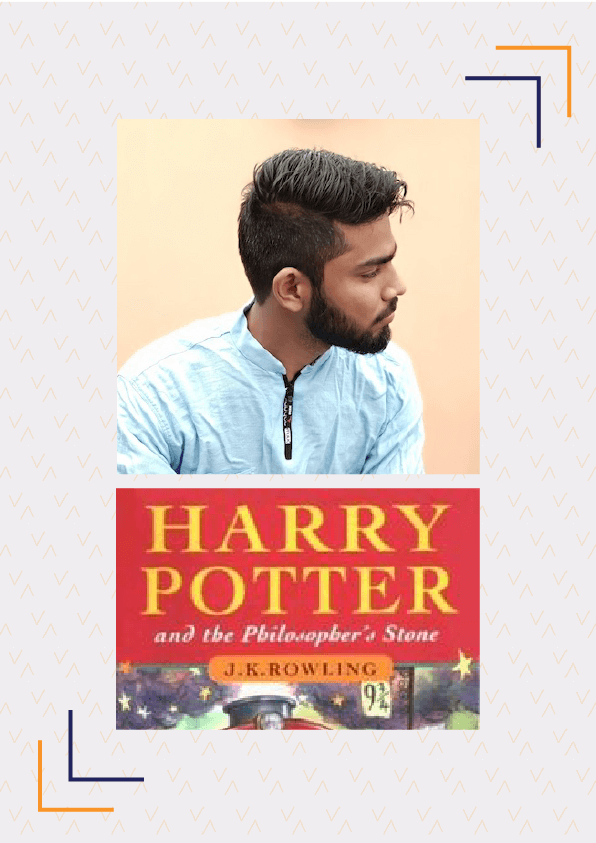 Harry Potter And The Philosopher’s Stone

Recommended by Ankit Mahawar:
I’ve come to the realisation that I cannot pick just one go-to book for the monsoon. However, the book that is currently on my mind is Harry Potter And The Philosopher’s Stone by J. K. Rowling. I know most people have already read it, but it is one of those books that we can read multiple times and still find something new every single time. It is a magical book to read during a magical season. The best thing about picking this book to read during monsoon is that even after the book is over, you don’t have to struggle to find another book for the rest of the monsoon. You can simply binge read the whole series through the rains and join Harry, Hermione, and Ron on their adventures. 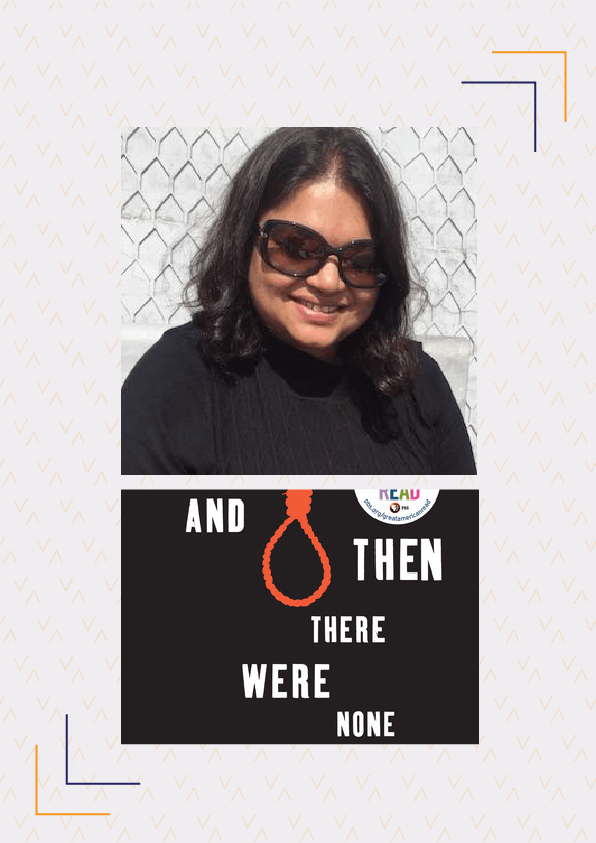 And Then There Were None

Recommended by Devanshi Jain:
When it’s raining, I love to lose myself in a gripping mystery novel. Typically, I re-read a Perry Mason or Erle Stanley Gardner’s lesser-known Cool & Lam mysteries. I’ve spent an entire monsoon engrossed in the world of Sherlock Holmes, reading both Arthur Conan Doyle’s works as well as ‘fan-fiction’ I found on Kindle Unlimited. I’ve also read Agatha Christie with And Then There Were None and The Murder Of Roger Ackroyd as clear favourites since both books perfectly combine a delicious mystery with a gripping plot. If mystery novels are not your cup of tea, find something funny to read- try David Sedaris’ Me Talk Pretty One Day, which will have you laughing out loud. 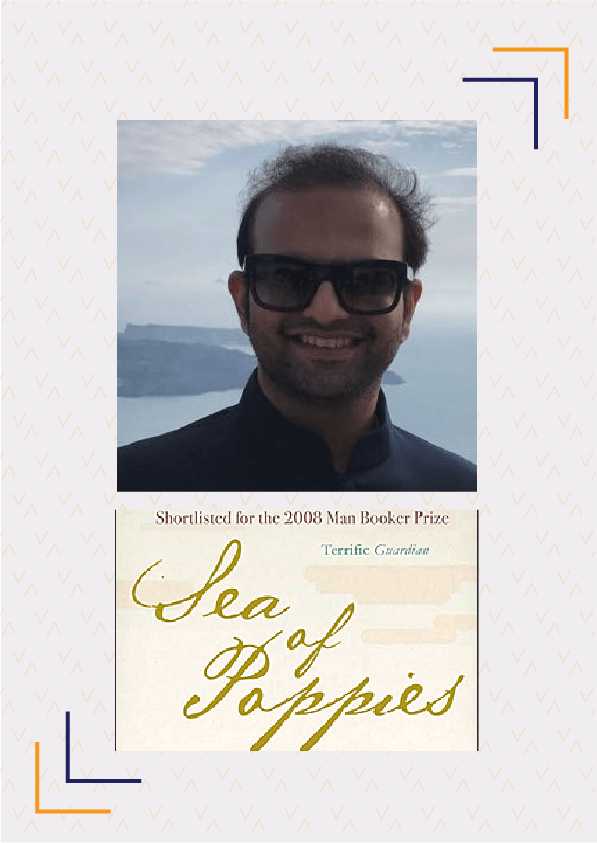 A Sea Of Poppies

Recommended by Nirbhay Kanoria:
When I’m trapped indoors in the rain I look at it as a blessing in disguise. While my brain tells me I should read something from my anti-library, my heart tells me to pick up something familiar and comforting. Something I can savour and dig my teeth into, something which sets my imagination on fire and takes me on a wild emotional ride, not unlike the range of emotions the rains inspire in us local ‘bombayites’. While many books came to mind, I finally settled on A Sea Of Poppies, the first of the Ibis trilogy, by my all-time favourite author, Amitav Ghosh. It is lengthy and delicious, each sentence is a treat, painting visuals in your mind that you didn’t know an author was capable of creating with words, and once you start reading it, it is impossible to put down. And for a person who’s grown up on a regular diet of the stormy monsoon sea, I couldn’t help but connect with the ending!