Books have the power to change the world but it is only possible if we talk about them and discuss the themes in the book. It’s not only non-fiction which deserves to be debated but also fiction since many authors use it to put their thoughts across. In this list, you’ll find both non-fiction and fiction books worthy of conversation. Pick one and have a conversation with your friends or strangers. 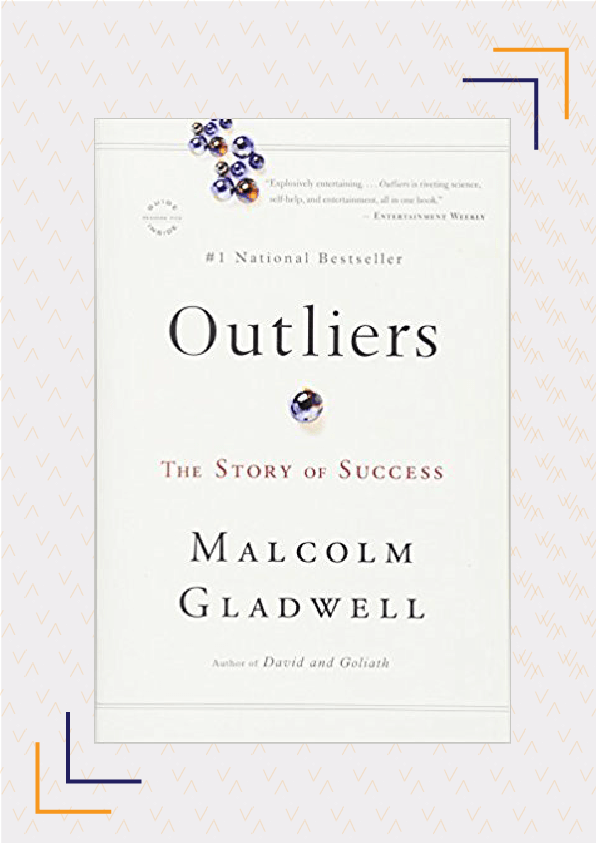 Malcolm Gladwell’s third outing as a bestselling author is an easy to read examination of success and what contributes to it. With lots of case studies, including those of Bill Gates and The Beatles, Outliers will make you rethink your views on what makes one successful. Another great discussion point is the 10,000- Hour Rule which states that you can become an expert at anything if you are willing to practice (in the correct manner) for 10,000 hours. Incidentally, the authors of the study claim that Gladwell’s interpretation was incorrect so you could also have a conversation over Gladwell’s understanding of the 10,000- Hour Rule. 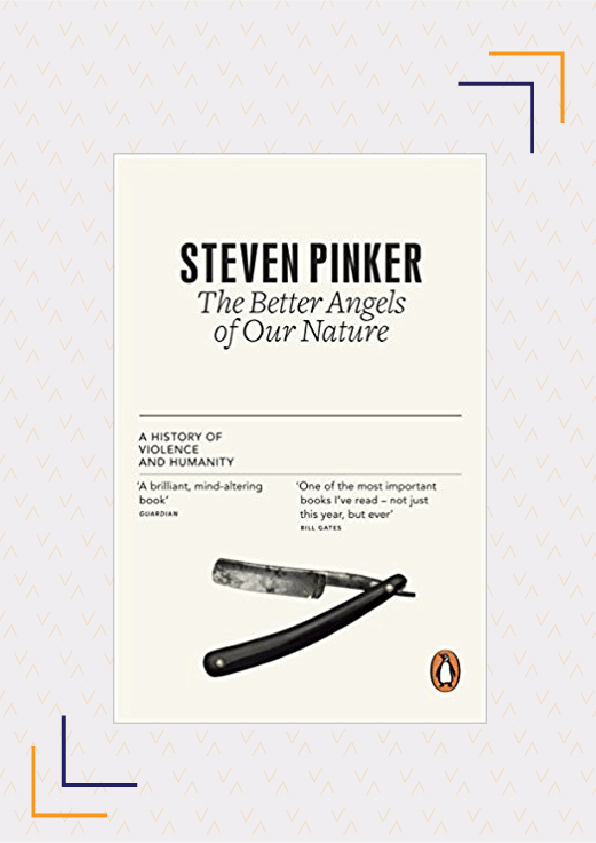 The Better Angels of Our Nature: A History of Violence and Humanity

In 2017, Bill Gates called it the most inspiring book he has ever read. A look at the headlines in any newspaper typically shows some violent act being committed somewhere in the world. By all standards, including the fact that two World Wars were fought, the 20th century may possibly be considered the most violent century ever. However, Pinker argues the opposite and uses history, philosophy, and science to explain how we are living in one of the least violent times. The five ‘historical forces’ he attributes to this decline in violence make for a wonderful discussion as does the role books played in pushing the world “in a peaceful direction”. Or you could discuss whether human beings are essentially good or bad. This book definitely needs to be on your list of books worthy of conversation. 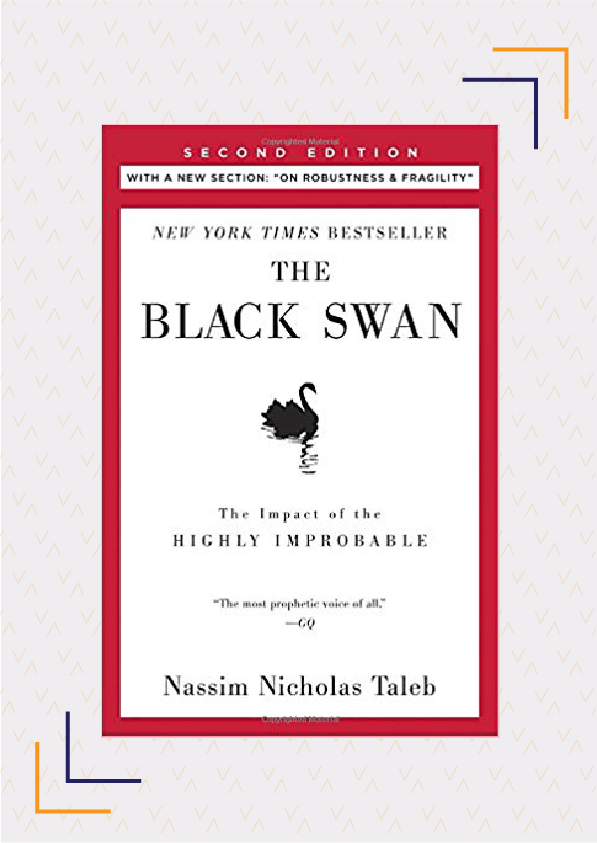 The Black Swan: The Impact Of The Highly Improbable

Nassim Nicholas Taleb’s philosophical “essay” on the impact of uncertainty and sudden, unexpected events spent 36 weeks on the NYT Bestseller List. Taleb calls these events Black Swans and argues that it is impossible to predict them, instead, we should focus on building a model that will help us maximise the effect of the positive ones and minimise the effect of the negative ones. You might find yourself arguing over the Black Swan logic- what you don’t know is far more relevant than what you do know- or the Triplet of Opacity-, the three ailments the human mind suffers from as it comes into contact with history. 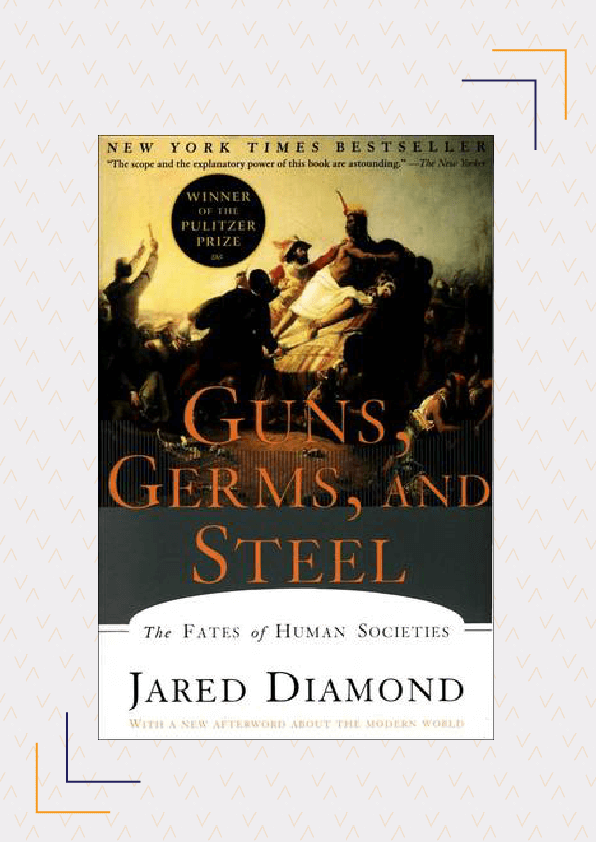 Diamond won the Pulitzer Prize in 1998 for this non-fiction book which seeks to explain why Eurasian civilisations, and not others, ended up developing the “ingredients of power”- guns, germs, and steel- and then expanding their reach around the world. He posits that it was due to environmental differences- they lived in environments which were more conducive to using inventions and building societies- and debunks the idea that biological differences helped the Eurasians rise to power. Of course, the very basis of this book makes for an interesting talking point but so do the four primary reasons he lays out to validate it. 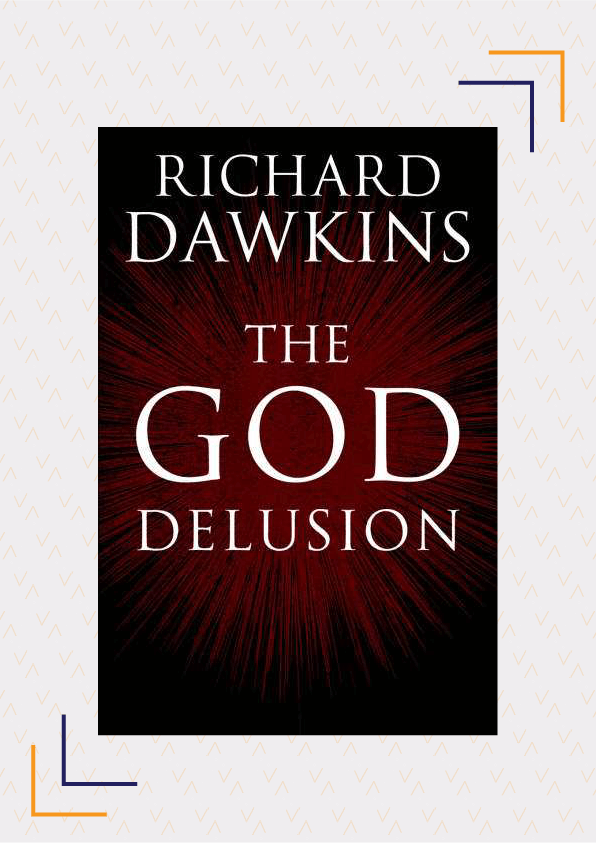 Possibly one of the most prominent atheists in the world, Dawkin’s book explores how irrational the belief in God is and how it has been responsible for a lot of violence through history- from the Crusades to 9/11. He also offers insight into how it is advantageous to be an atheist while debunking all the reasons for belief in a supreme being. Discuss some of his main arguments including that it is not the existence of God, which teaches us the difference between good and evil or explore his view of agnostics. Irrespective of whether you believe in God or not, The God Delusion is one of those books worthy of conversation. 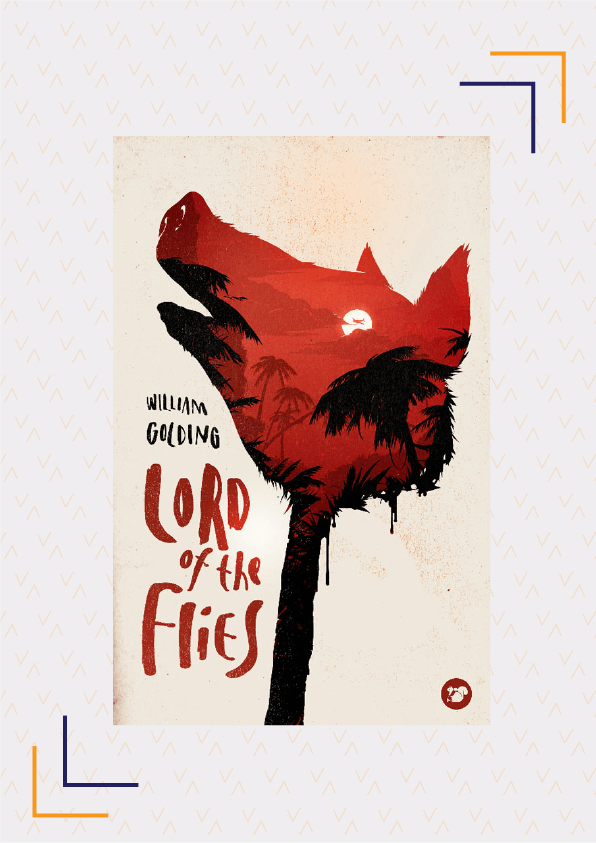 Lord Of The Flies

When a plane crashes on a remote island, the only survivors are a group of prepubescent boys. At first they enjoy the lack of grown-up supervision but soon realise the need to organise themselves into a society of sorts. However, this ‘society’ soon disintegrates as they deal with power struggles, mob mentality and moral issues. This haunting book is a parable on how even the most civilised people can behave like “savages”. Explore Golding’s perspective that this is human nature and no one can escape it or understand the allure of power and its destructive force. 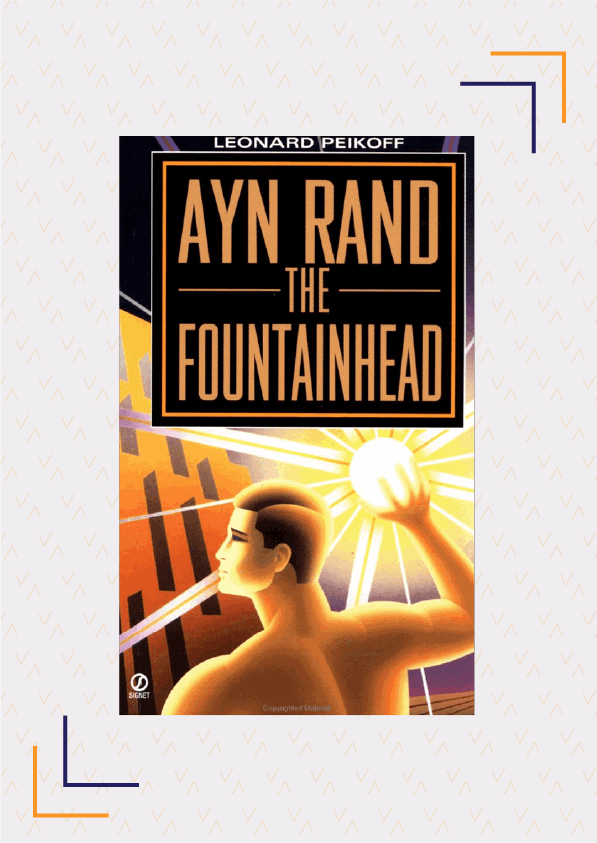 Rand’s book is an ode to individualism, which she considers superior to collectivism. Howard Roark is an architect who refuses to bow down to convention and launches a battle against it. Soon, he finds himself working at a granite quarry where he meets Dominique Francon and they begin an affair. Rand successfully creates archetypes for people we find around ourselves- the quintessential conformist who bases his choices on what others want, the businessman who is willing to compromise his principles to achieve success, and the intellectual who promotes the ideas of altruism and egalitarianism. This book serves as a great introduction to Objectivism. Explore the concepts of selfishness, individualism, and second-handedness. 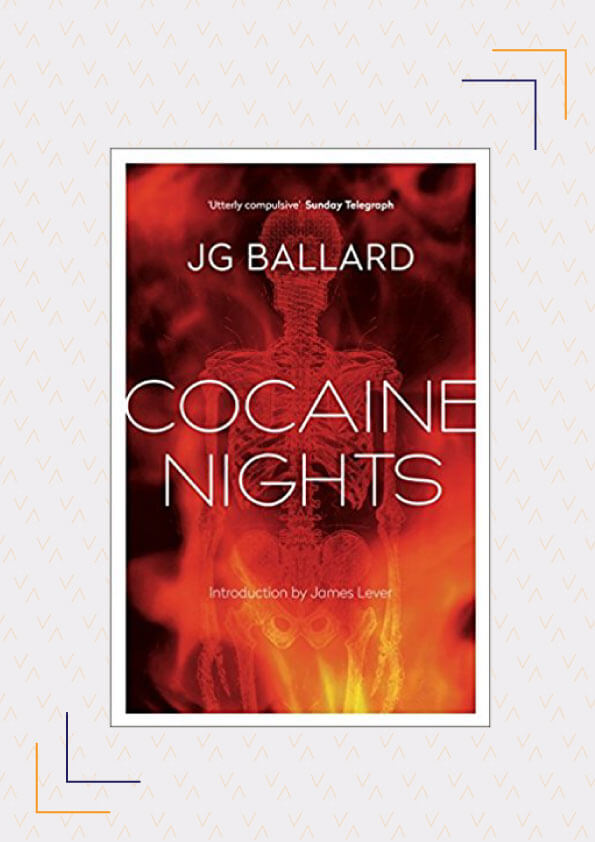 Charles Prentice comes to Estrella de Mar, a Spanish resort for British expats, to rescue his brother Frank who has confessed to committing arson that killed several people. Charles begins his own investigation and soon finds himself peeling the layers of Estrella de Mar to uncover a surprising underbelly of the seemingly perfect community. Soon, he finds himself buying into the idea that there is a link between creativity and crime. Ballard is masterful as he first convinces you of this premise and then tears it down. Use this novel as a springboard to discuss the effects of boredom and solitude or using low-level crime as a leisure option. 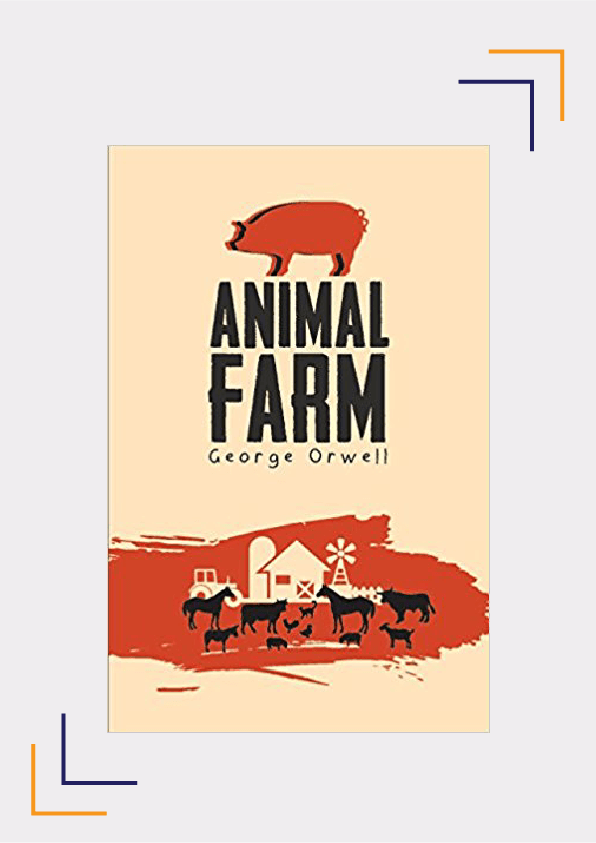 George Orwell’s Animal Farm is an allegorical novella which he described as ‘against Stalin.’  A group of animals on a farm come together to revolt against the drunken farmer, his wife and the other humans on the farm to drive them away. They rename it ‘Animal Farm’ and adopt the Seven Commandments of Animalism. Everything runs smoothly till a power struggle changes everything. Even as things spiral downwards, the animals continue to believe that they are better off now than when they were under humans.  This book is great to discuss communism, and how a society descends into totalitarianism. You could also use it to draw parallels to modern day politics. 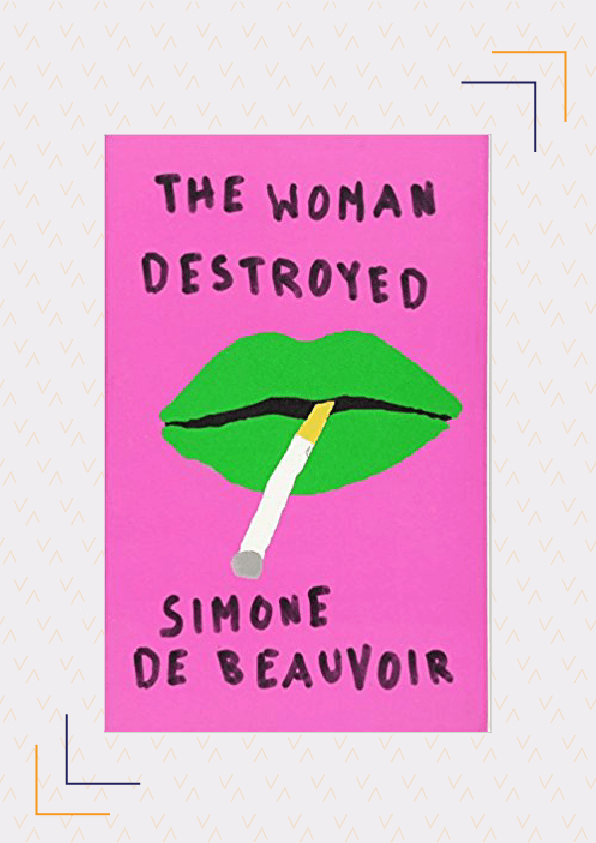 The Woman Destroyed is a collection of 3 novellas which deal with women’s vulnerability- to aging in ‘The Age of Discretion’, to loneliness in ‘The Monologue’, and to the betrayal and indifference of a loved one in the titular novella.  De Beauvoir skilfully navigates the complexities of women’s lives especially as they approach middle age, particularly when it comes to relationships. You can discuss themes like how women often tie their identity to their lovers, husbands and children and what happens when they have to deal with an extramarital affair or an empty nest.

Which books worthy of conversation would you add to this list? Tell us about an interesting conversation you had based on a book. Share with us in the comments.

#TCRrack: 10 Childhood Books To Re-Read As An Adult

TCR’s Most Anticipated Books By Indian Authors In 2019

The 9 Most Anticipated Books Releasing In July