Selecting a book to read can prove to be a difficult exercise at times. You could select a book based on a recommendation from a trusted source or a friend, your mood or the day of the week. The selection could even be because of the intriguing title of the book.

So, if you’re having a hard time deciding on the next book to read, or if selecting books based only on the title is just how you roll, you’ll be sure to find your next read in this list of books with seemingly strange and intriguing titles that promise to pique your curiosity. 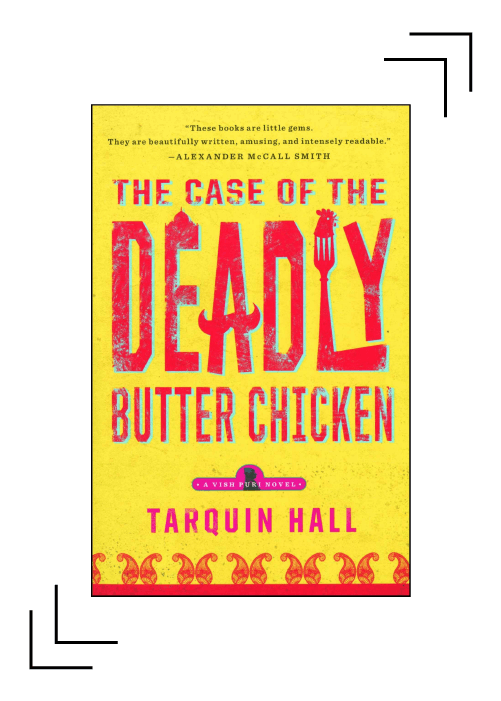 The Case Of The Deadly Butter Chicken

Tarquin Hall’s The Case Of The Deadly Butter Chicken literally lives up to its intriguing title as it promises to be a well-spiced detective novel with a case of death by butter chicken. Most Private Investigator Vish Puri investigates the death of Irfan Khan, Pakistani star cricketer Kamran Khan’s father, who is the unfortunate victim of the creamy dish. Vish’s list of suspects includes politicians, bureaucrats, industrialists and Bollywood stars. An incompetent police chief leads Vish to a bookie called Full Moon; to the diamond-cutting-and-polishing capital of the world, Surat; and to Pakistan, in pursuit of the killer. Adding to the masala of cricket, butter chicken, match-fixing and the India-Pakistan tryst is the subplot of missing moustaches, making this book an intriguing must-read. 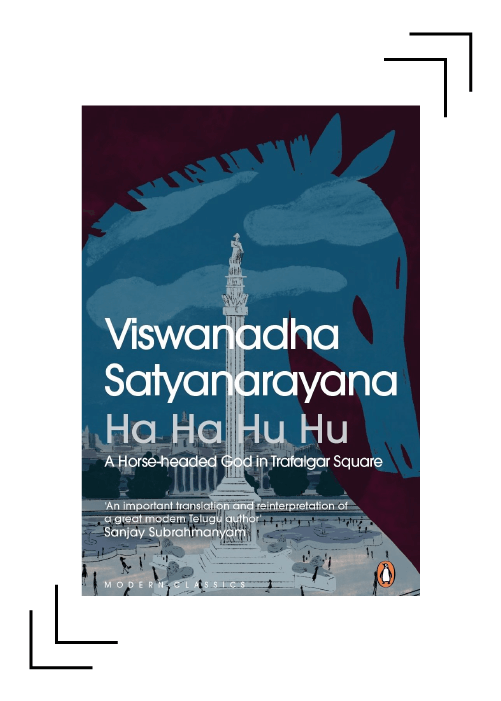 A mythical three-headed Sanskrit-speaking creature from Hindu mythology lands on a street in early 20th century London after losing its wings. Neither man nor animal, the scientifically-enlightened people of London are unable to classify him. As a result, he is caged in order to be experimented upon and allowed entry into society after he shows his intellect, thereby being classified as a human. Unimpressed by the importance given to material wealth over spiritual wealth, the creature Ha Ha Hu Hu offers a critique and a ‘ha ha hu hu’ laugh at the compulsiveness of Indians to mirror the West. This book is definitely worth a read if you enjoy questioning what ‘progress’ really means. 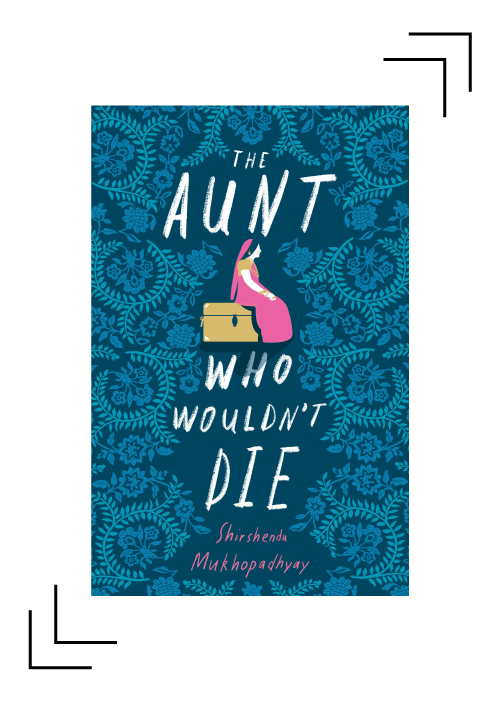 The Aunt Who Wouldn’t Die

The Aunt Who Wouldn’t Die is titled both intriguingly and aptly since the crux of the story is the ghost of a widowed aunt-without-a-name who haunts the lives of newlywed Somlata and the rest of the members of a large Bengali zamindari family in decline. Somlata, the reserved and shy bride, transforms into a tactful woman who takes the actions required in order to save her family and its dwindling wealth. This story is about the undying strength of three women belonging to different generations, despite the odds being against them. 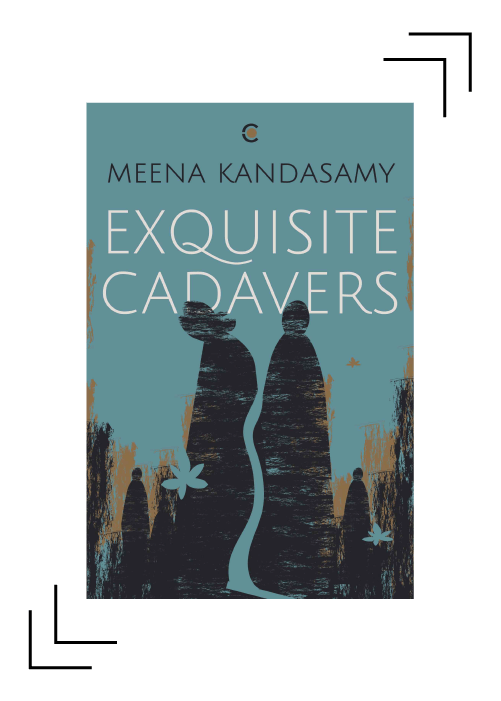 Meena Kandasamy plays with a game of consequences named ‘exquisite corpse’ by French surrealists in Exquisite Cadavers. While the aim of the game is to assemble various sheets of paper with parts of the body drawn by the players to reveal a new creature, Kandasamy employs the innovative technique of dividing each page into two columns – one tells the story of a couple, Karim and Maya, and the other documents her own thoughts during the process of writing the book. Intertwining fiction and truth, Kandasamy brings us an exquisite and inventive story of a couple navigating love and life, and the author her thoughts. 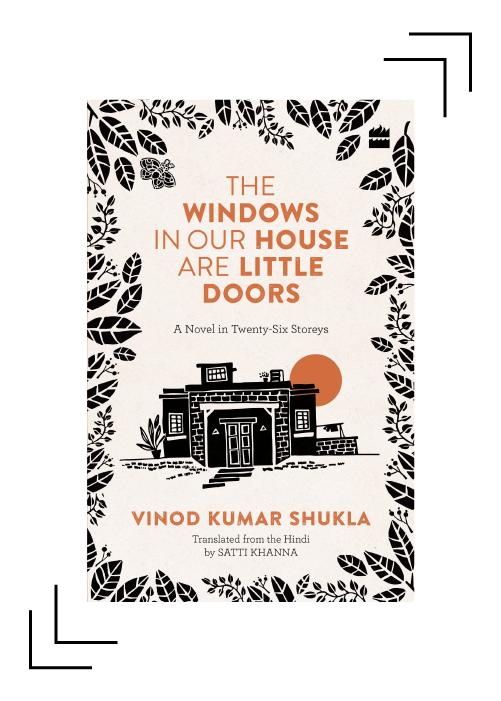 The Windows In Our House Are Little Doors

Yasi, Rasa and Ta are three restless children living modest lower-middle-class lives on the edge of town. What they lack monetarily, they make up for with their rich and multi-hued imaginations. The stories they create have bored bicycles that move away from their owners in the hope of getting stolen, chalk doodles that squirm and squiggle whenever adults enter the room, and sandals kept by the door that plead to be worn. In this ‘novel in twenty-six stories’, Vinod Kumar Shukla ‘unrolls dreamy wisdom and brocade-like moments that catch the light and dazzles’ the reader. The Windows In Our House Are Little Door promises to be as intriguing as its title, narrating tales of bright imaginations and possibilities. 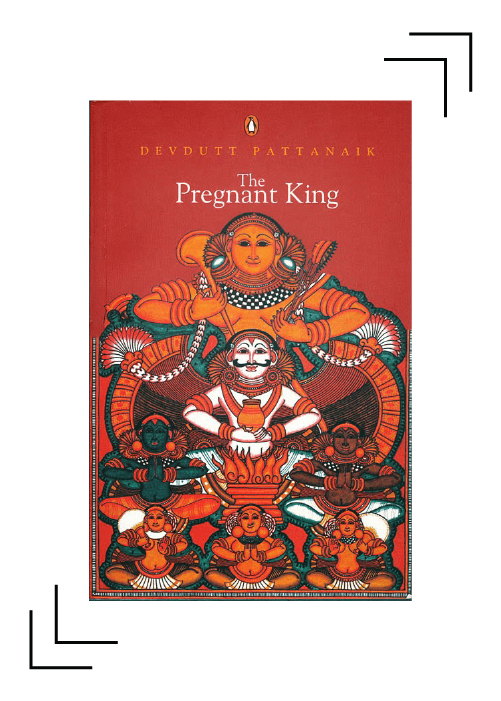 Devdutt Pattanaik’s book The Pregnant King is more than what the title indicates. Set against the backdrop of the Mahabharata, this is one of the lesser-known stories of Yuvanashva, a childless king. After accidentally drinking a magic potion that was given to make his queens pregnant, Yuvanashva becomes pregnant and gives birth to a son. Pattanaik offers a modern twist to a tale borrowed from Hinduism’s rich and complex mythology and creates a work where the rigid lines of our understanding of men and women, sons and daughters, husbands and wives, fathers and mothers are blurred. 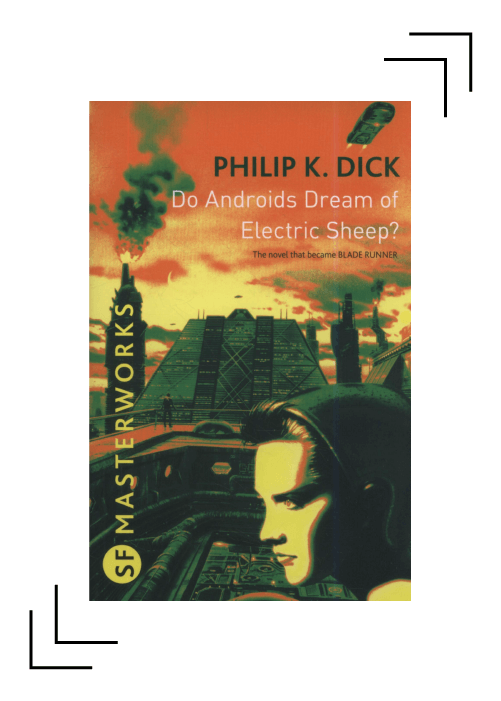 Do Androids Dream Of Electric Sheep?

A nuclear war has had a devastating effect on planet Earth, leaving almost all of its species endangered or extinct. A bounty hunter named Rick Deckard is assigned the task of killing six Nexus-6 targets who are androids that are almost indistinguishable from human beings. In return, he is promised a handsome reward which he intends to use to buy a real live animal to replace his single electric sheep. However, the hunter soon becomes the hunted as he begins to ask himself ethical and philosophical questions. The almost surreal and horrific story promises to be a read that is as interesting as its name. 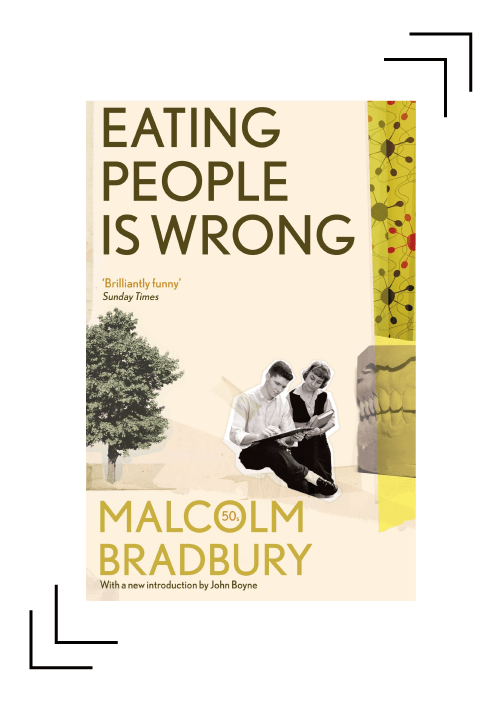 Set in the 1950s in England, Eating People Is Wrong is a hilarious satire on the difficulties of being a liberal professor during changing times. 40-year-old university professor Stuart Treece, who is set in his ways, falls in love with one of his postgraduate students. A romance begins and ends, and is surrounded by the prevalent deep-seated attitudes and beliefs about race and sex. The book lives up to its bizarre name as it attempts to show a portrait of the conflicts and contradictions of liberal life as experienced by a group of intelligent people in the bizarre and uncertain times post the war. Not only will this satirical novel make you laugh with its comic characters, it will also warm your heart. 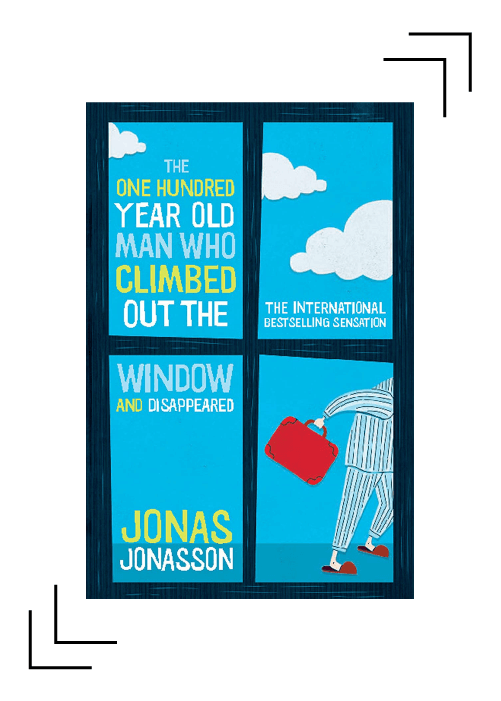 This interesting book title sums up exactly what the book is about. Allan Karlson, who has a particular fondness for vodka, waits in his room in an old people’s home for the celebrations of his 100th birthday party – a party that he does not want to attend. With the Mayor and even the press in attendance, one person remains absent from the celebrations – Allan. He climbs out of his window and flees, thus beginning an exhilarating journey that involves incompetent police, murderers and a bag full of cash. During this picaresque journey, his earlier life unfolds and his role in the monumental Spanish Civil War and the Manhattan Project gets revealed. Historical figures appear throughout the novel, transforming it into a comic and thrilling read. 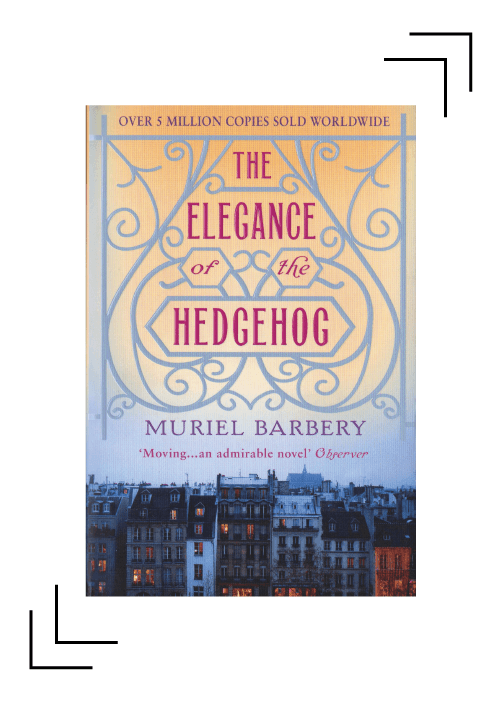 The Elegance Of The Hedgehog

Renée is the concierge of a hotel in the centre of Paris whose residents belong to the upper-middle class of society. Addicted to television soaps, she appears to be plain and slow-witted and describes herself as short, ugly and plump, with bunions on her feet, much like a prickly hedgehog. Paloma, a very smart 12-year-old living in the hotel, is the only one who suspects that Renée has a secret life she devours art, philosophy, music and Japanese culture. Eventually, the two realise that they are kindred spirits. Though Renée’s portrayal of herself as a hedgehog is as absurd as the title of this book, Paloma eventually comes to realise that she is, in fact, a rather elegant one. 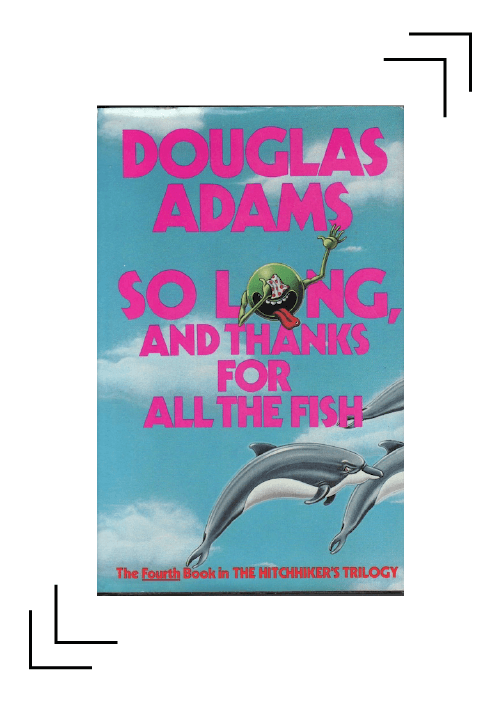 So Long, And Thanks For All The Fish

Arthur Dent is hitchhiking through the galaxy and is dropped off on Earth – specifically, England. Arthur finds a gift-wrapped fishbowl with an inscription that helps him find out how and why the dolphins on Earth mysteriously disappeared. These dolphins were the only creatures who were aware of the impending doom of the planet and attempted to warn humans of it. However, misunderstood by humans, they were forced to thank the humans for feeding them as they unwillingly left Earth, thereby giving the book its intriguing title. The fourth book in the acclaimed The Hitchhiker’s Guide To The Galaxy series, So Long And Thanks For All The Fish takes us on yet another adventure through the galaxy with Arthur.