The Books That Changed My Life 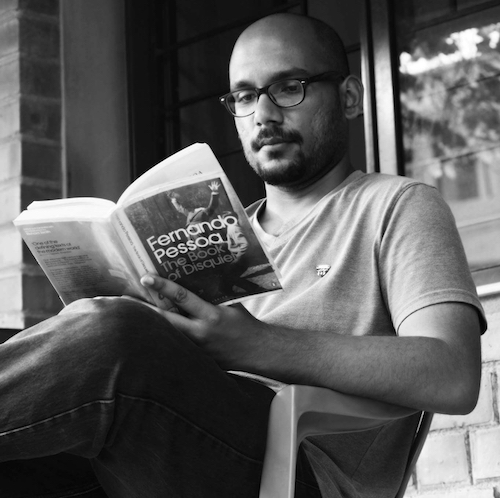 A​ few months ago, I was at a party where someone tried to convince me to read a book by saying it had ‘changed his life’. Earlier, I would have taken this recommendation on faith and read the book cover-to-cover, but I stopped this practice after being repeatedly underwhelmed.

While a lot of these recommendations were from well-meaning individuals with good intentions, I soon realised that this was a counterproductive exercise for me. This eventually made me wonder what it meant when we spoke about how a book had changed our lives. As I thought back on all my conversations on this subject, both internal and external, I realised that, to me, a book was life-changing in many subtle ways. The change wasn’t announced with blaring trumpets, rather it was a more gradual one, akin to looking into a mirror after a significant period of time.

Over the years, many books have changed my life because of what they have taught me, how they have made me see things differently, and how they have spoken to me. But, it the books listed here are the ones that I have read and reread since they have strengthened the resources of my inner life by adding new layers of nuance, beauty and truth, and have constantly changed my life for the better. 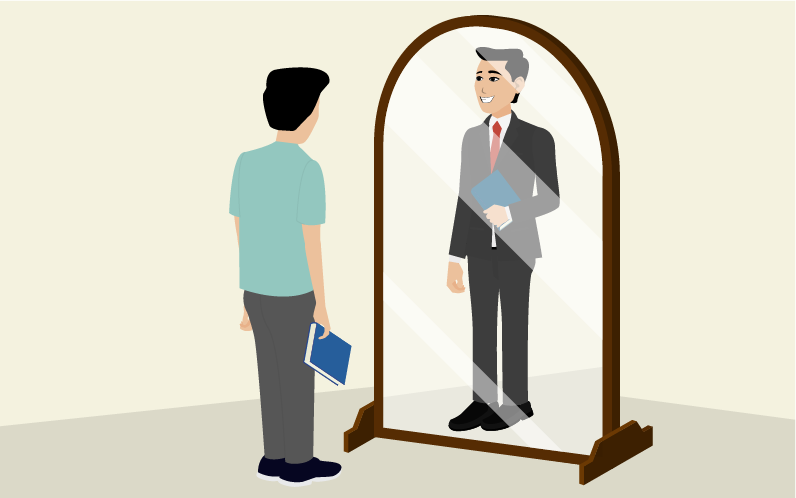 A Book That Realigned My Life’s Principles

Just like so many others, I have always been conscious about the importance of work in my life. Watching my parents has taught me to approach work with a sense of seriousness and dedication, and its role in elevating our quality of life by giving it purpose and meaning.

Unfortunately, the external demands of deadlines that shape our work schedules have also shaped my attitude towards it. I feared the consequences of submitting my homework late in school, which was as good as not submitting it altogether. To avoid punishment, I’d submit homework that was partially completed but always on time, receiving a passing grade and avoiding punishment as a result. Learning, therefore, became less important as long as I managed to keep my anxiety of not getting reprimanded, and of failing, at bay.

This attitude increased over the years, making me believe that mediocrity was my limit of excellence. It’s not that I shied away from work – it’s just that I thought unoriginal essays, poorly drafted and designed architectural plans, and basic presentations were what I was capable of.

Reading Robert Pirsig’s Zen And The Art Of Motorcycle Maintenance changed all of that. By recounting his concepts of Western and Eastern philosophy during a 17-day motorcycle trip across America, Pirsig helped me identify the dehumanising effect my attitude towards work had on my psyche. The discourses in Zen helped me realise that I had confused my work with ‘productivity’, since I’d seen the latter being valued more than high-quality work.

Once I made this distinction, I began to see my activities as an extension of myself and took ownership of them. Over the weeks, I would still my mind before every shirt I ironed, every sandwich I made and every piece I wrote, and give it my complete attention. The result was that I stopped producing work that was mediocre, and everything I did had a certain originality and quality to it that I never knew I was capable of.

Zen also untangled a lot of needless frustration and disappointment by reminding me that you cannot step away from nor should you be ashamed of the pain, confusion and countless failures when you choose to aspire towards true quality. In this way, mastery became a lifelong process that made me see each day as an opportunity to become better than I was the previous day — a process that brings gratitude and purpose to every waking moment. 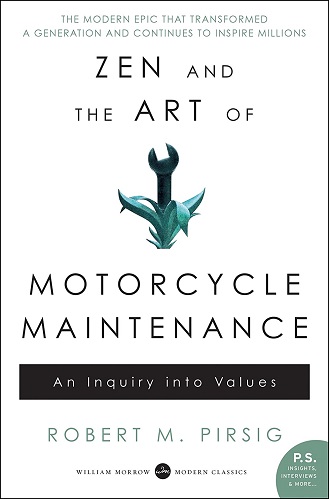 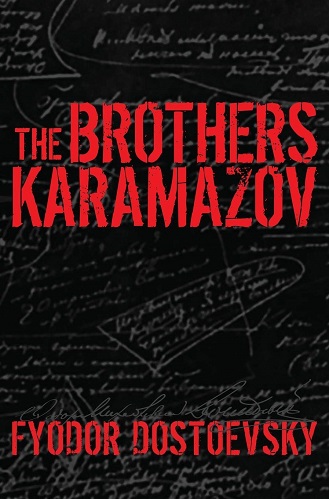 Books That Helped Me Appreciate The Spectrum Of Humanity

I was exposed to a wide variety of films and TV shows that ran along formulaic ‘good guy vs bad guy’ storylines while growing up. My impressionable mind made me believe that if I always sided with the good guys in these movies, I must always be right from a moral standpoint.

This righteousness, coupled with my short temper, meant that I was in danger of cementing a rather rigid worldview that would trigger hostility at the slightest variation from my opinions.

But things changed as I began to read fiction by great writers who used the power of prose to channel their imagination, their curiosity, and their empathy to help me understand the lives and the worlds of the supposedly evil, the misfits, the forsaken, and the ones who come from a different race, sex, class, or community.

Take Fyodor Dostoevsky’s books, for example. The Brothers Karamazov gave me the chance to explore the underbelly of 19th century Russia and introduced me to the depravity of Fyodor and Ivan Karamazov, while Crime And Punishment brought the harrowing crimes committed by Rodion Raskolnikov to light. Dostoevsky leaves no doubt in the minds of readers that these characters have committed horrible crimes. But, he also shows how they were driven by the more complex emotions of anger, guilt, and righteousness, and at times, the basic needs of success, status, and acceptance.

Dostoevsky does not justify these acts. Instead, he lets us step into the shoes of these characters by showing us their emotions, needs and their inner psyche. That’s when I realised that these were motives that drive most of us as well. This insight helped me understand how the world cannot be neatly divided into black and white compartments, and that most human beings (and their actions) exist in a spectrum of grey.

The compassion with which these writers narrate the lives and choices of others blurred the boundaries of the tidy compartments within which I placed those who were different from me. These books reminded me that I was part of a shared and fragile humanity, and helped me see the sufferings of others from a wider perspective. It was this understanding of the complexity of human nature that helped me realise that the unemployed hustlers, drunkards and prostitutes in John Steinbeck’s Cannery Row or the migrant tailors in Rohinton Mistry’s A Fine Balance were not lowlifes who deserved to suffer their fate, nor were they meant to be pitied, but rather, they were human beings who were trying to survive in a complicated world.

This exposure has slowly enabled me to withhold my judgement on the lives and choices of others. It has made the way I form my opinions more deliberate, thus making me more open to appreciating the diverse and interesting stories that people have to share. This, in turn, has made me more accommodating of the people around me, thereby ensuring I lead a more fulfilling life. 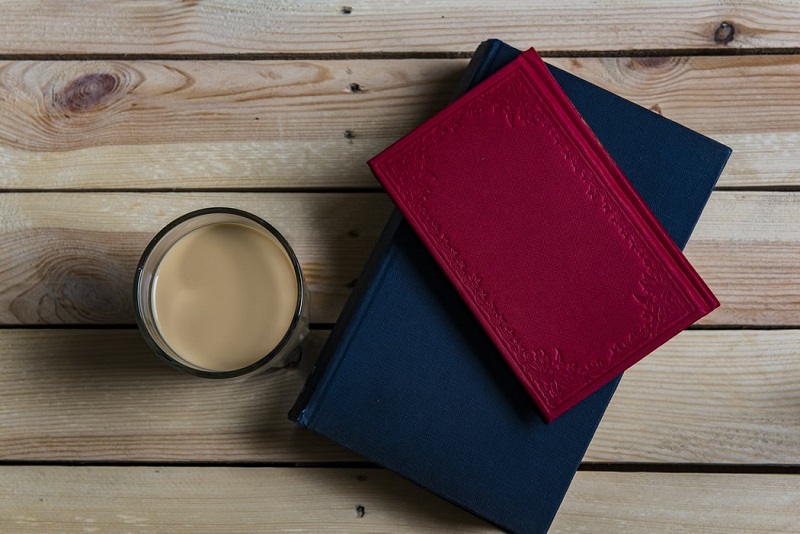 The Wellspring Of Our Curiosity

Like so many other readers, I remember deriving many hours of pleasure when I first dove into J.K. Rowling’s wizarding world with Harry Potter and his friends. At the end of each volume, I’d wonder if I’d ever find other books that were as good as them. In my attempts to answer this question, I have been exposed to books by some great writers – many of whom have helped me see the world in a new light.

I have also learnt that we can rarely force events to change our lives in a pre-planned manner, and the same can be said about reading books. Nonetheless, I am sure that the act of reading can help us stay on this path in a powerful way. This is because we take a chance to explore new horizons and viewpoints with every new book, and, if we are lucky, get exposed to truths that resonate so deeply with us that they can help guide us through our time on earth.

Books and stories have always been an integral part of my life. I explored the lives of great inventors, leaders, and mythical heroes by poring over GK books and fables and illustrated tales. But it was the Harry Potter series and Roald Dahl’s works that turned me into a proud reader. I value kindness and generosity the most in people, and the novels that bring these out resonate the most with me. When I am not working or reading, I patiently channel my curiosity into the world of jazz music, cinema, cooking, or my inner world through my solitude.