April is a great month for bibliophiles as a plethora of books are being released! We have books for even the pickiest of readers – a saga set in Zambia, Melinda Gates’ book on the importance of empowering women, a history of Maoism and a book about a slave on trial in 1826 England. These anticipated books will take you from Paris to Palestine and Scotland to Zambia as award-winning novelists work their magic. April also brings us novels by famous authors like Ali Smith, Cassandra Clare and Harlan Coben, so look out for their books. 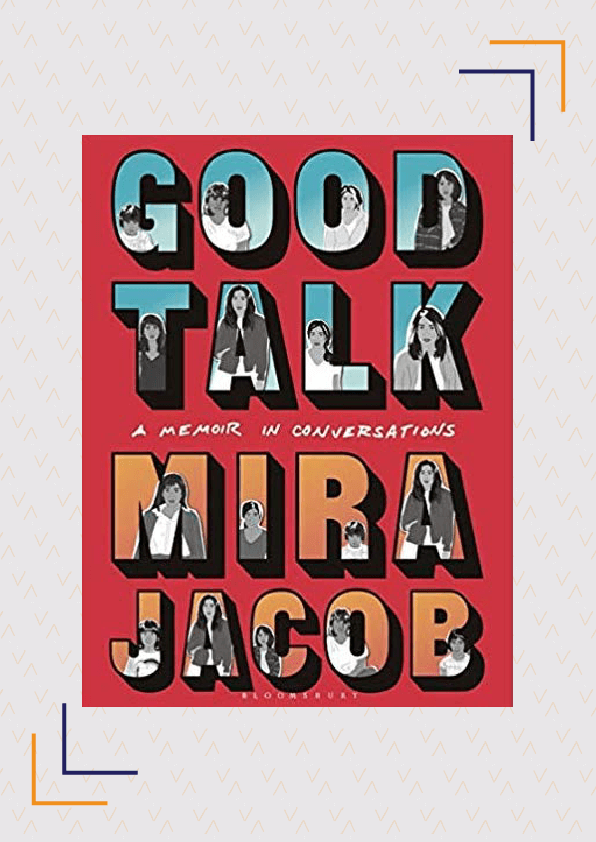 Good Talk: A Memoir In Conversations

Good Talk, a graphic memoir inspired by Mira Jacob’s BuzzFeed article, ’37 Difficult Questions From My Mixed-Raced Son‘, is funny and heart-breaking. Jacob’s son, a six-year-old half-Jewish half-Indian Michael Jackson fan, asks questions like ‘Is it bad to be brown?’ and ‘Are white people afraid of brown people?’, which leads to Jacob pondering what it is like to be brown in America, and the impact it has had on her life. The book consists of conversations she’s had with her son and with her Trump-supporting in-laws about identity, interracial families, sexuality, love and everything in between. Good Talk is bold and vulnerable, and likely to resonate with you.

Releasing on April 04. Buy it here. 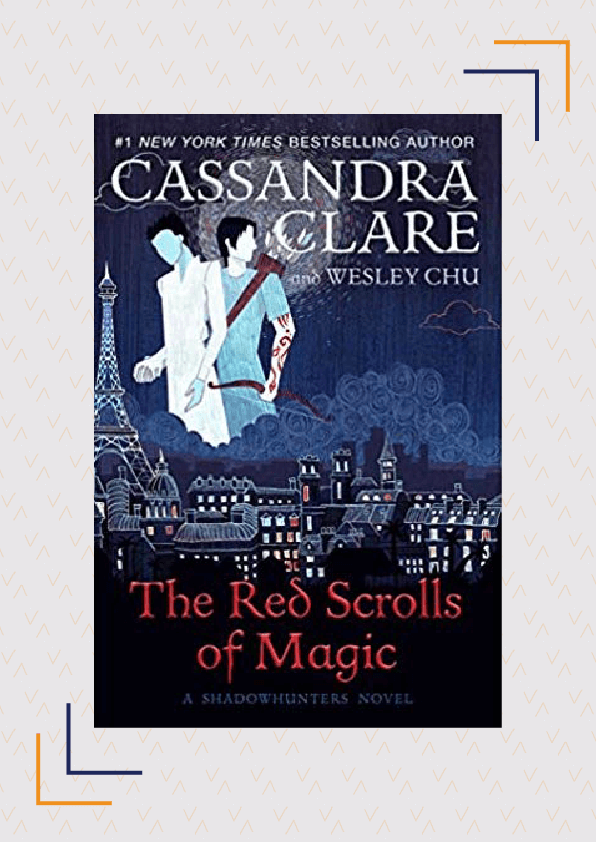 The Red Scrolls Of Magic (The Eldest Curses #1)

When eccentric warlock Magnus Bane goes vacationing in Paris with his Shadowhunter boyfriend, Alec Lightwood, it is only a matter of time before danger catches up with them. As a cult, founded by a drunk Bane as a joke, begins killing faeries in an attempt to raise the Prince of Hell, the council warns Bane to fix the situation, or he might end up taking the fall. As Lightwood and Bane hunt for the culprits across Europe, they find themselves battling their own relationship problems. Clare and Chu’s The Red Scrolls Of Magic is set in the Shadowhunter world and promises not to disappoint its fans.

Releasing on April 09. Buy it here. 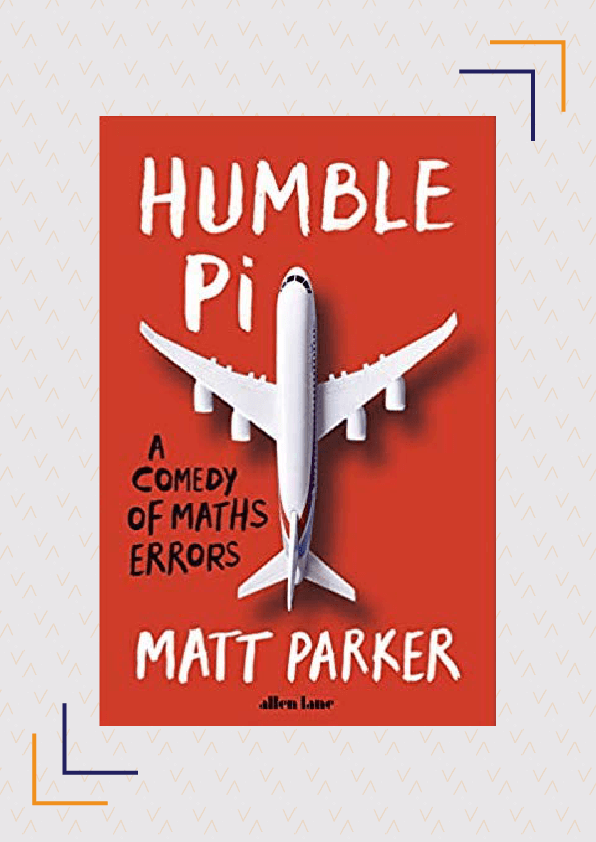 Most of us scrunch our noses when it comes to math, yet a simple mathematical error can cause a loss of millions, collapse bridges and crash planes. In Humble Pi, Parker, a famous YouTube personality known as the “stand up mathematician” takes us on a hilarious journey that emphasises exactly how important math is in our daily lives. He delves into what happens when even one equation goes wrong and regales us with stories of close calls involving lotteries, the Internet and even the Roman Empire. Humble Pi makes a strong case for turning math into a friend instead of regarding it as a foe.

Releasing on April 10. Buy it here. 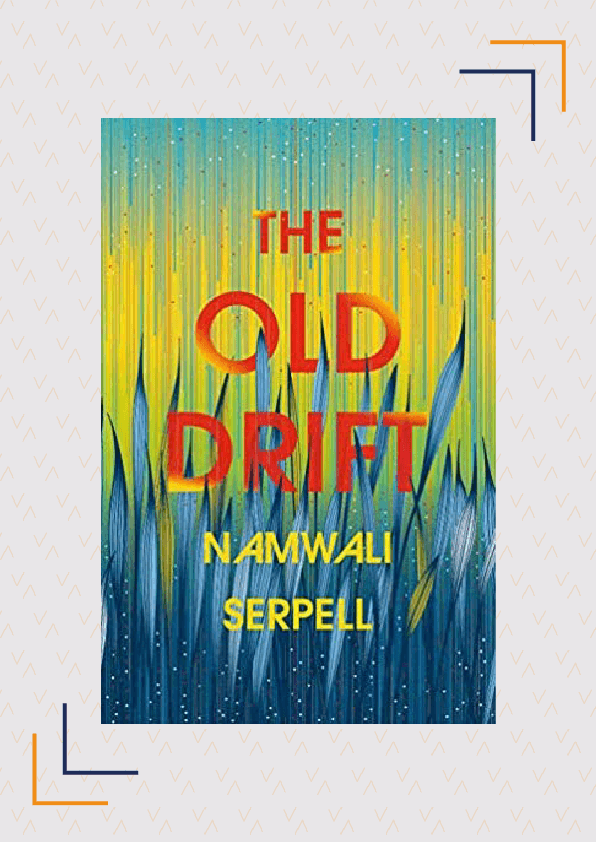 Serpell’s debut novel, The Old Drift, is a complex saga that unfolds over more than a century. An accident in 1904, involving a white photographer, an Italian hotelier and an African busboy, changes the course of their families’ lives and the book follows the entwined fates of three generations of these families. The book is divided into three parts, each of which follows one generation and is written in a different style. The Old Drift also highlights issues like the AIDS epidemic and patriarchy and celebrates African culture through its mesmerising storytelling. Serpell spent nearly two decades writing this 600-page novel and the result is nothing less than spectacular. 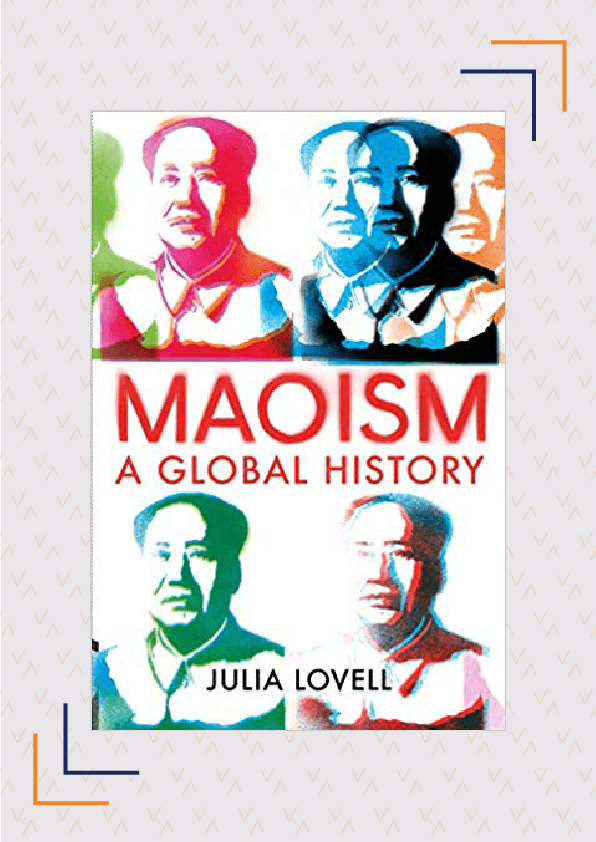 The West may have discarded Maoism as an archaic ideology, but its roots still persist in the People’s Republic of China and it remains influential in other parts of the world. In Maoism, Julia Lovell traces the roots of Maoism from its birth in 1930s China to its impact on global politics. This book is increasingly pertinent as China and the West find themselves on opposite sides more often than not. Deeply researched and well-written, Maoism is revelatory but rarely dull and, on occasion, even funny. 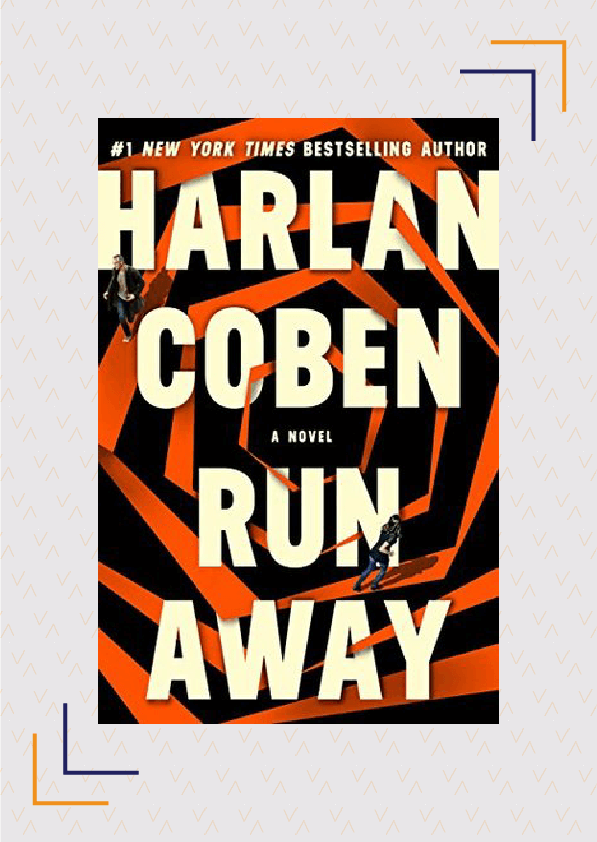 Simon Greene’s drug-addicted daughter, Paige, has been missing for six months, and he is fraught with worry. When he finally spots her in Central Park, he tries to approach her, but her controlling and abusive boyfriend, Aaron, prevents him from doing so. In the midst of the clash between Aaron and her father, Paige flees. Tensions erupt when Aaron is later found dead and Simon and his daughter are suspected of murder. Simon must now delve into the dark world his daughter has become involved with while trying to prove their innocence. Harlan Cohen’s Run Away is thrilling and will keep you at the edge of your seat. 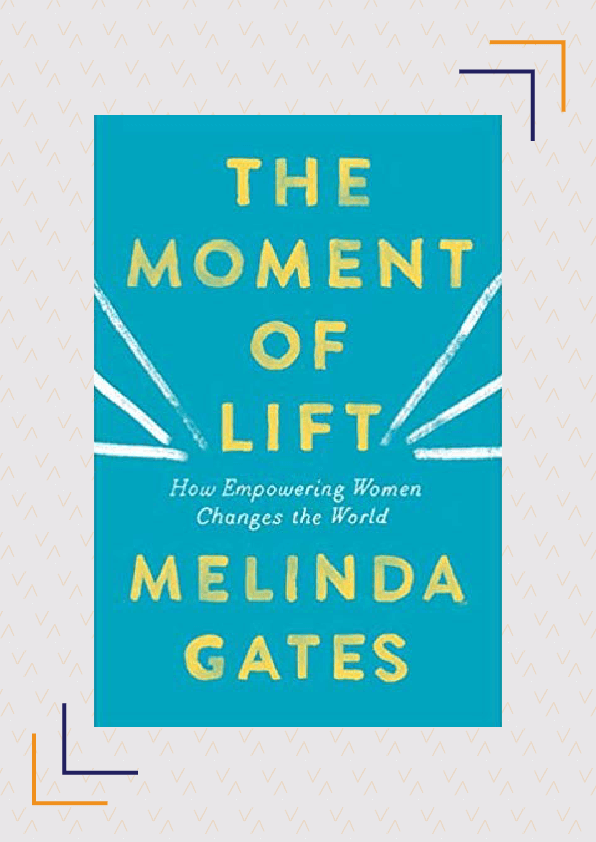 The Moment Of Lift: How Empowering Women Changes The World

For the last 20 years. Melinda Gates has worked relentlessly to find solutions for people in need. The Moment Of Lift focuses on how the empowerment of women leads to a better society. She addresses subjects like healthcare, child marriage, sex workers, female genital mutilation, and talks about people like philanthropist Warren Buffett, Pakistani activist Malala Yousafzai, and Dutch human rights activist Mabel van Oranje and their work towards the betterment of society. Gates’ heartfelt narrative will definitely inspire you to pay attention to the gender bias around you and, hopefully, to also do something about it. 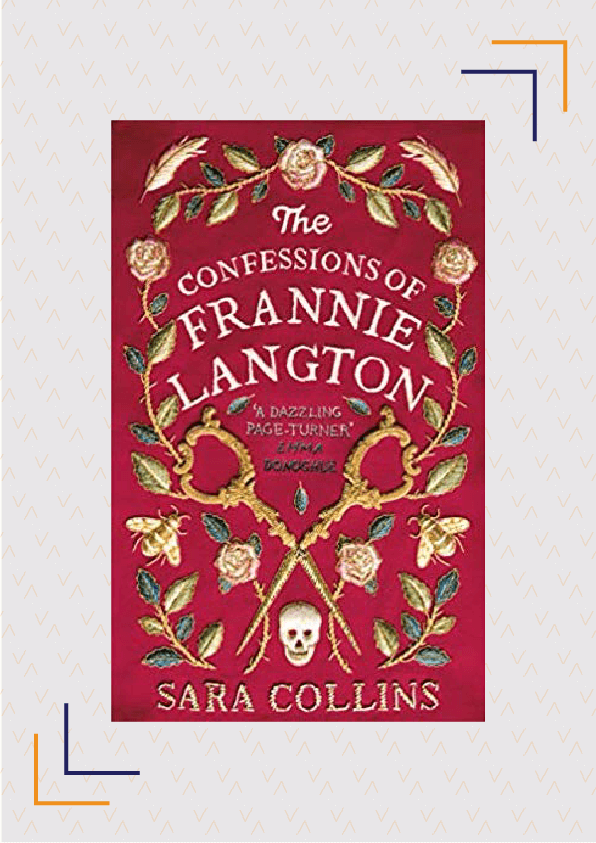 The Confessions Of Frannie Langton

The year is 1826, and Frannie Langton, a black slave, is accused of murdering her employer and his wife. Her claims of not being able to remember anything are disregarded, mostly because of her race and status. Add to it evidence of Frannie’s scandalous affair with her female employer and her jealousy towards her master, and her fate looks bleak. Frannie has just one option now- to tell her painful story. Sara Collins’ debut novel, The Confessions Of Frannie Langton is the story of one woman’s journey from the plantations of Jamaica to the grand halls of London and is sure to leave you enthralled. 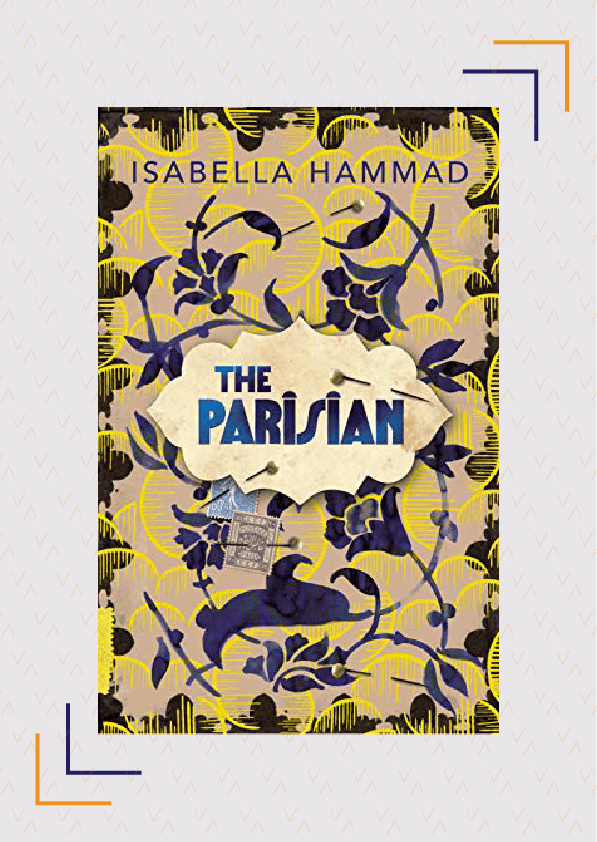 Isabella Hammad’s brilliant debut novel, The Parisian, follows Midhat, a Palestinian, who has evolved into a suave gentleman in Paris but has to deal with family pressure and make tough decisions when he returns home. Hammad has superbly captured Midhat’s journey as he encounters love and loss against the backdrop of the Palestinian struggle for independence from British rule and the two World Wars. The Parisian is a gratifying work of historical fiction. 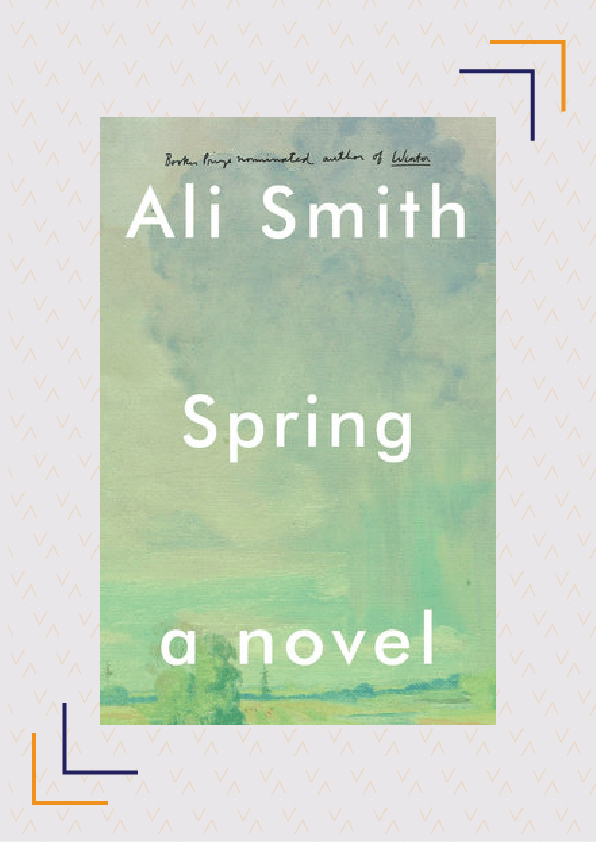 Ali Smith’s highly anticipated Spring is the third instalment (after Autumn and Winter) in her Seasonal Quartet and deals with some of today’s most important issues: Brexit, immigration, the Internet, and the environment. It tells the story of Richard Lease, a director who goes on an impromptu trip to the north of Scotland, after the death of his friend. Another character central to the story is Brittany Hall, who works at the Immigration Removal Centre. When Hall meets Florence, a teenager, she goes on a journey where her path intersects with Richard. Spring does not follow a traditional structure and showcases Smith’s talent as a superlative storyteller. 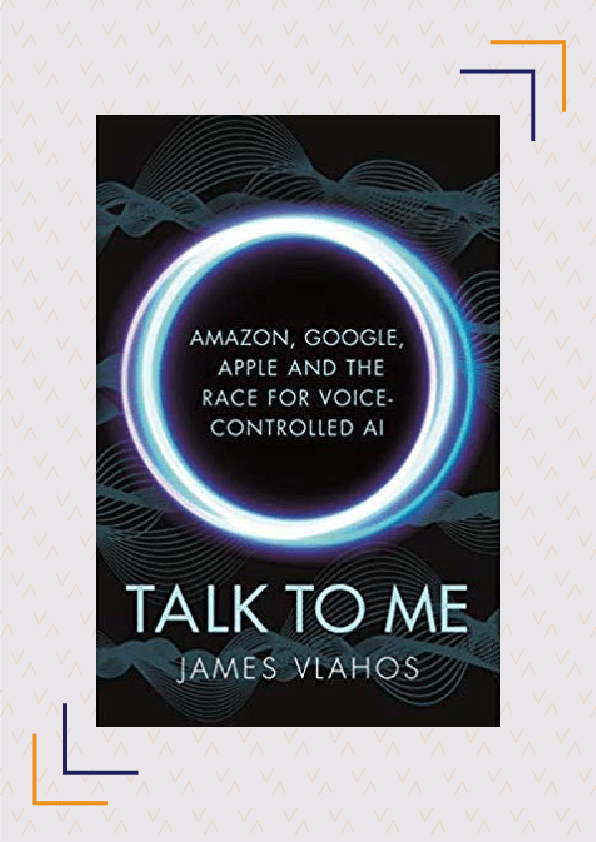 AI technology is not just the stuff of sci-fi movies; it may soon be our new reality. In Talk To Me, James Vlahos, a tech reporter, analyses the importance of voice technology and what will happen when computers take on human characteristics. He talks to researchers at Apple, Google and Amazon about how every section of society is going to be affected. He discusses how this technology will affect privacy and access to knowledge, and will ultimately change the way we understand human abilities. Talk To Me will keep you hooked with its enchanting knowledge about the future of AI. 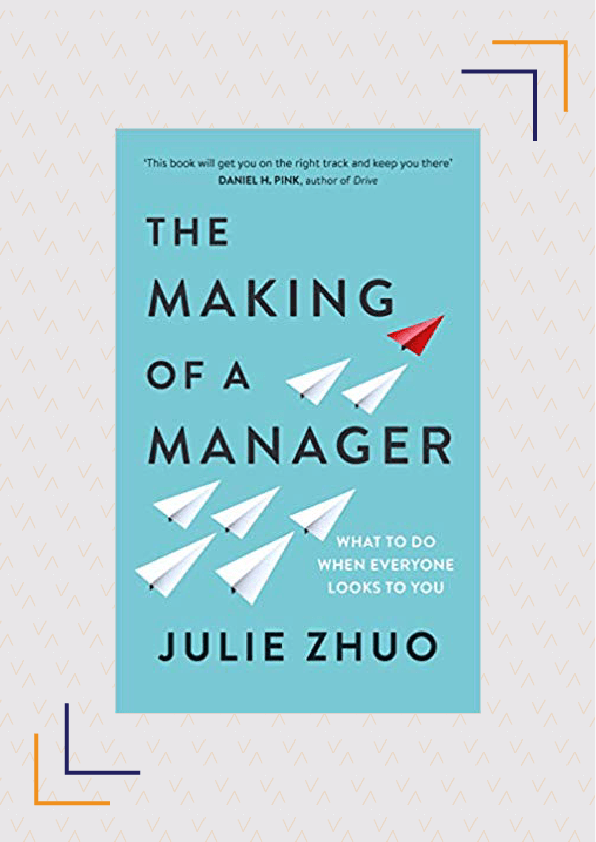 The Making Of A Manager

Julie Zhuo became a manager at 25, without any previous training and no resources to help her. The Making Of A Manager is the ultimate guide Zhuo wishes she had when she started out. Now a successful executive, Zhuo gives us practical advice on how to seek help when overwhelmed, how to build trust, and what to do before firing someone. This book is not just for newbie managers but also for seasoned leaders or those looking to be promoted.

Disclaimer: Some of these books were previously available on Kindle or as international editions which were available for import. This list features Indian editions of these books, which tend to be more affordable. The information featured here is accurate as of March 22, 2019.