Where I Learnt All About The Art Of Writing Fiction

My Happiness Project began by exploring ways to be happy. After Rubin introduced me to simple and practical tips for self-care in The Happiness Project, I embarked on a quest to learn about and conquer the Resistance in The War Of Art. Once I had learnt all about the Resistance and what was really stopping me from writing, I sat down, wrote two lines, and promptly got stuck.

What should I write about?

Is there a specific way to write?

Is there a club where writers whisper secrets of the trade and am I just sitting here twiddling my thumbs, totally unaware?

Do I have no talent? Should I consider changing my job?

Is there a book that can help me?

Anne Lamott’s Bird By Bird was on many lists for aspiring writers, and I picked it up in an attempt to gain practical insights on writing fiction and hoped to pick up tips that help me improve my writing skills.

Reading Bird By Bird felt like meeting a friend on a sunny evening when all is right in the world. Her experiences while writing are hilarious, and it doesn’t hurt that she’s sassy. As my goal this time was to get practical tips on writing fiction, this book delivered on its promise and made me feel that I had gained a new friend. 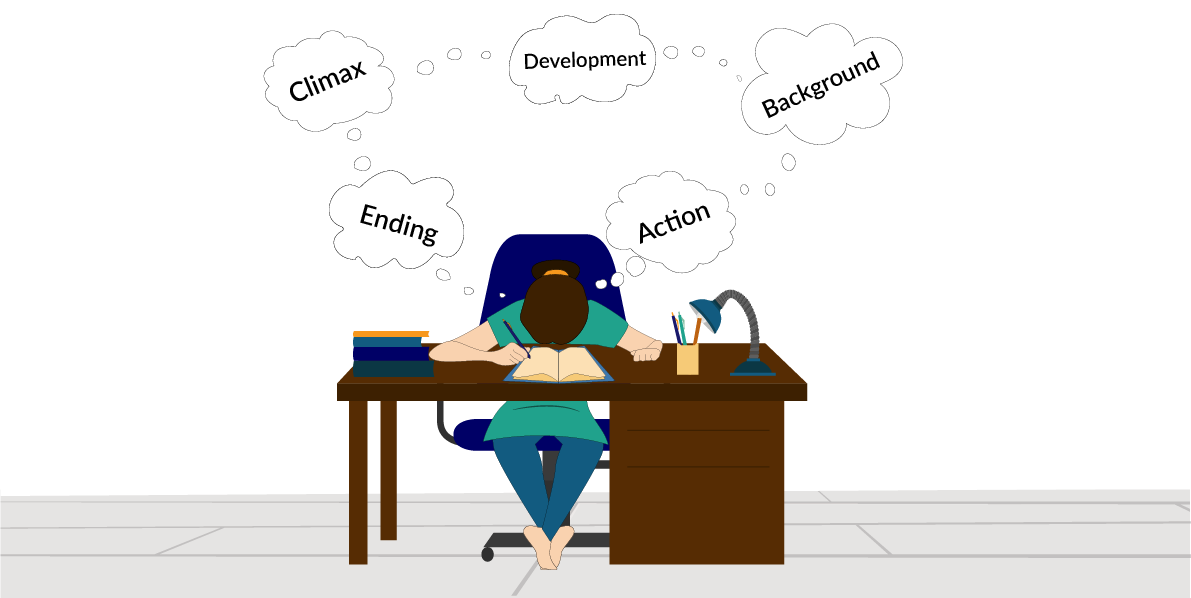 Well written, unforgettable characters are critical to any story and keep us hooked. To make the characters memorable, Anne suggested assigning them weird but believable quirks. For example, while attempting a short story, I gave one of my characters a sarcastic personality. This injected a certain amount of humour into an otherwise dark story and, at the same time, made him memorable.

Anne also suggested that an author let bad things happen to good people. This is difficult because we want only good things to happen to good people. However, that isn’t how real life plays out and a story seems pretty unrealistic if it skips the bad elements.  As I put my characters (even the good ones) through dangerous situations, they went through a range of emotions, which not only made them real but also aided in their development.

One of Anne’s best tips was that we should showcase a character’s traits through an incident instead of giving a detailed description of their personality. For example, instead of describing a character as a feminist, we should narrate an incident that brings out his feminist side. It makes us like him more, and also adds some nuances to his personality.

Dialogues divide a story into readable chunks and make it relatable and real. Often, dialogues seem realistic enough on paper, but we don’t realise that they actually sound like something a third grader would have written. To counteract this, Anne suggested reading the dialogues out loud.  As soon as we hear them, we comprehend what works and what doesn’t. We understand whether they sound realistic or forced.

Another challenge with writing dialogue is giving each character a unique way of speaking so it is easy to distinguish between speakers. This can be done by giving them different accents, speech patterns, or even certain catchphrases. I observed the way people conversed, their manner of speaking and the frequent words they used for constructing realistic dialogues and injecting personality into them. I realised that when dialogue is written correctly, our characters seem genuine and three-dimensional.

If you have absolutely no idea on how to write a story or a novel, Anne suggests using a simple formula – ABDCE (Action, Background, Development, Climax and Ending). Keeping ABDCE in mind, I decided to write a story where two people, who generally tend to avoid each other, are forced to work together when someone tries to kill them. The story follows their investigative journey and how old wounds are re-opened and the culprit is finally revealed.

Action: An action is a compelling scene that has to draw the reader in and keep them interested in reading the rest of the story. In my story, two exes find out that they are pawns in a deadly conspiracy when each of them receives a threatening note ostensibly written by the other. Bewildered, they set out to confront each other.

Background: Background connects the characters’ past and presents while establishing their connection with each other. In my story, since my characters think that they have received threats from each other, they start bickering and accusing each other. This worked as the perfect segue to go into their back story and explain how their relationship ended.

Development: At the development stage, you move the plot forward through a dramatic event. Once my characters discover that the threats were all a misunderstanding, they speculate on whether it was just a silly prank, or if someone was actively trying to kill them. The two form an alliance and decide to investigate. As their investigation proceeds, sometimes they hit dead ends and, at times, find themselves in unfortunate situations but they still keep going.

Climax: The climax brings the story to a compelling end and ties the various threads together. In my story, when the culprit comes to know that he might be found out, he kidnaps one of the characters and shoots the other, as the latter attempts to rescue the former. The culprit is eventually revealed to be a woman who had an obsessive crush on the guy she kidnapped and considered his ex to be a threat to her imagined relationship.

Ending: The ending answers the questions which remain after the climax. What happens to the culprit? Do the exes get back together? Was the girl the only criminal or is there more to the story? The answers to these questions provide us with a complete tale and give us a sense of closure.

My story was simple and cliché, but the formula really helped a beginner like me construct a logical flow for the story.

Even the most experienced writers are not always clear on the entire plot when they begin writing a story. We end up grappling in the dark and wondering where the story is headed. Anne suggested letting the plot have some “space” by giving it a little breathing room and looking at it after a few days instead of hammering upon it for hours. This allows you to look at the story with fresh eyes and discover what is missing or what is needed. When I finished the aforementioned story, I let it sit for a few days before revisiting it. I found so many holes in the entire plot that I thought of calling the BMC and asking them to fill them up. Anne also suggested printing out scenes separately, spreading them around, and making notes on how to make these scenes better. When I did this, I found that my story required a lot of reworking and restructuring, but at the end, I felt that the entire story came together in a much better way.

Did I Achieve My Goal?

Anne’s advice on writing bird by bird (one step at a time), the importance of shitty first drafts and taking notes diligently were very similar to the lessons I learnt from The Happiness Project. Similarly, The War Of Art and Bird By Bird both emphasise the importance of listening to your intuition when it comes to following your dream of writing and ignoring people who say otherwise. I already knew that these tips worked, but re-reading them gave me faith that I was on the right track.

My aim was to understand what impacted my happiness and see which elements from everyday life can be used to boost it. Unfortunately, as fun as this experiment was, every journey has to end somewhere. I learned a lot during this time, like how listening to my favourite songs is an instant energy booster, the importance of fighting the battle against Resistance every day, and that while writing is not easy, it is definitely rewarding.

Happiness is not a destination, but a journey undertaken every day without giving up. I might feel like curling up with sadness sometimes, but the lessons I have learnt from all these books will always help me pull out of the slump and move forward.

I would love to know your thoughts on what happiness means to you and what actions you’ve taken to be happier. Share with me in the comments below.