Books play an important role in shaping people’s minds and opinions. Unfortunately, given the publishing industry is dominated by men, we are often presented with a very ‘manly’ view of the world. However, many remarkable women have written brilliant books that have made a huge impact on the way society thinks on topics such as sex, racism, feminism, the environment, mental health and even whether or not to have children. This is a list of 10 path-breaking books by women authors. 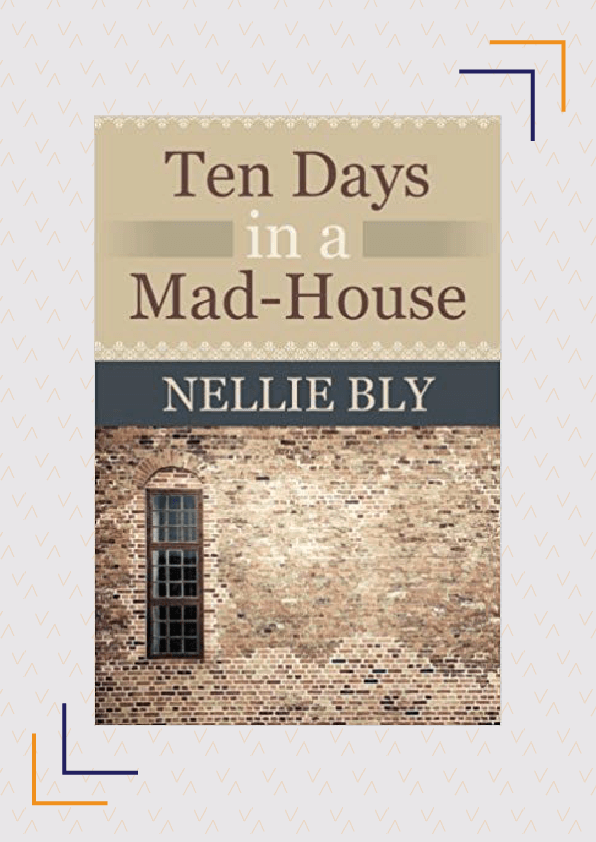 Ten Days In A Mad-House

This book is based on newspaper reporter Nellie Bly’s experience taking on the terrifying task of investigating the deplorable conditions in insane asylums, while posing as Nellie Brown. She feigned insanity at a women’s boarding house and was involuntarily committed to the Women’s Lunatic Asylum on Blackwell’s Island. Ten Days In A Mad-House is a short but horrifying read as it provides an insight into the way the mentally ill were (mis)treated during the latter part of the 19th century. Her ground-breaking book went on to have a huge impact on the laws that were passed in the United States to improve the conditions in mental institutions. 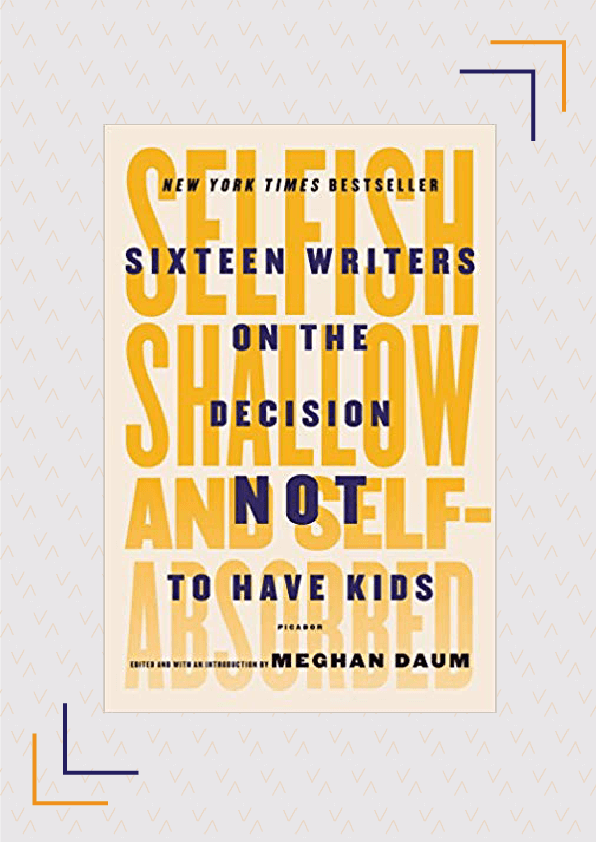 Selfish, Shallow, And Self-Absorbed: 16 Writers On The Decision Not To Have Kids

The choice of whether or not to have kids is deeply personal yet somehow society expects that all women must have children and even claims that they are ‘incomplete’ if they are not mothers. To give strength to women who choose not to have children, and to start a conversation around this choice, Daum published Selfish, Shallow And Self-Absorbed, a collection of essays by people who chose not to have children (a few men are featured but the majority are women). While earlier works may have spoken about how motherhood can be used as a tool of oppression, this collection focuses on how the choice of being a mother is purely the woman’s choice and not society’s. This topic is timely and important and when stalwarts like Lionel Shriver, Anna Holmes and Elliot Holt write on it, people sit up and take notice. 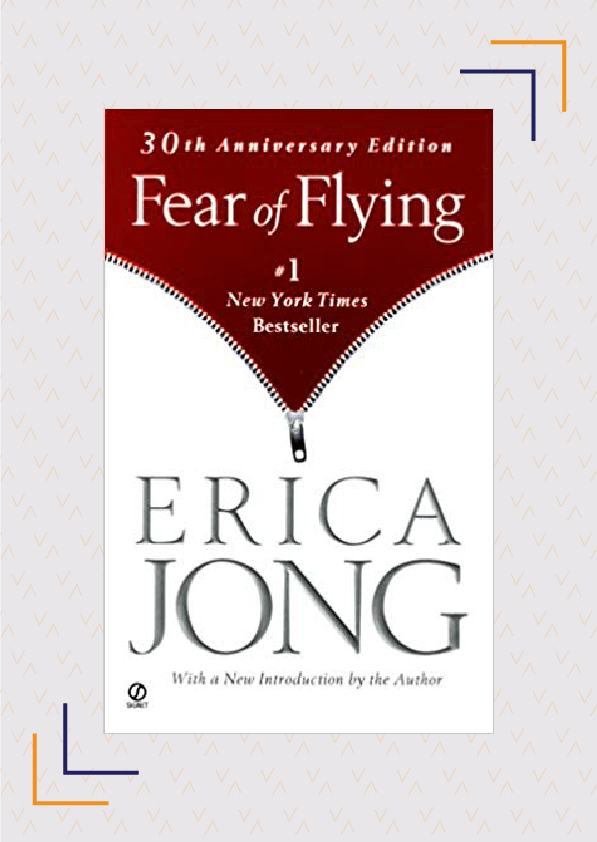 In 1973, Erica Jong wrote a controversial and seminal novel with an uninhibited look at female sexuality. The story is narrated from the point of view of Isadora Wing, a 29-year-old erotic poet who decides to indulge in her sexual fantasies with another man, while on a trip to Vienna with her second husband. Along the way, Wing realises the importance of autonomy over her body and explores the nature of, amongst others, the “zipless fuck” (where two people have sex for pleasure without any form of commitment or emotional involvement). Although written during the Second Wave of Feminism, women were still hesitant to explore their own sexuality and even for the ones who did, it was not spoken about freely. By reading about a woman who allowed herself the pleasures she deserved, other women also got the courage to do the same. 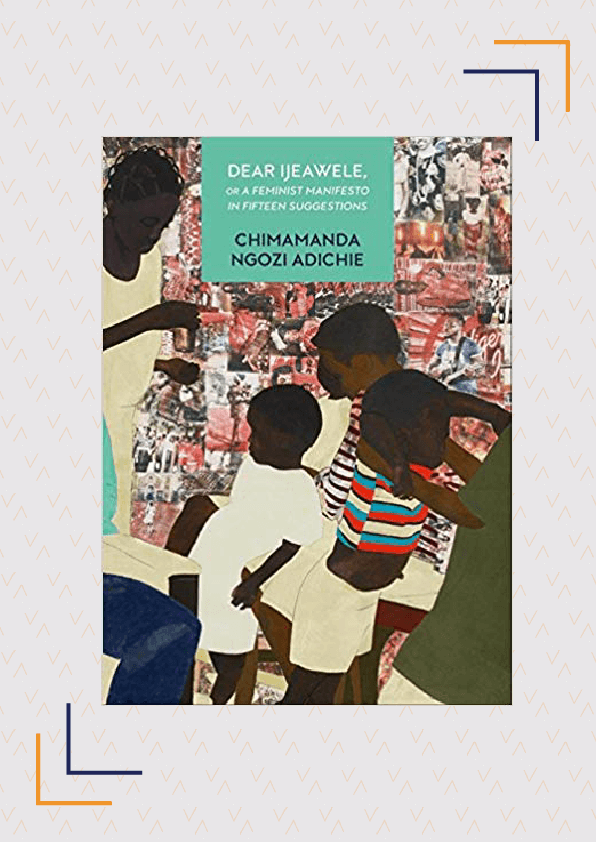 Dear Ijeawele, Or A Feminist Manifesto In Fifteen Suggestions

Written by a 21st Century feminist icon, as well as the author of the wildly popular, We Should All Be Feminists, Chimamanda Ngozi Adichie’s, Dear Ijeawele, Or A Feminist Manifesto In Fifteen Suggestions is a must-read to understand feminism and equality in the modern world. After being asked for advice on how to raise a feminist, Adichie responded with these 15 brilliant, invaluable and easy-to-follow guidelines. While traditionally, parenting books give advice on how to handle temper tantrums or sibling rivalry, etc., through this book, Adichie tells you how to raise a feminist- whether a boy or a girl and the importance of doing so. With its unique take, it would be unfair to call it just a parenting book as it will make you think of how to adapt your own day-to-day behaviour and outlook as well. 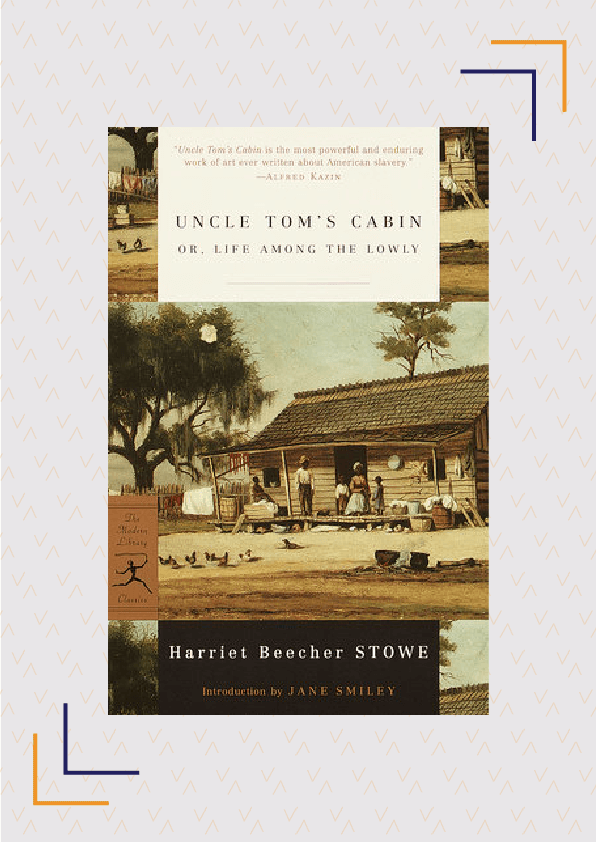 Uncle Tom’s Cabin was written at a time when slavery was being hotly debated, and Abraham Lincoln himself reportedly called Stowe “the little lady who started the big war”. He was, of course, referring to the American Civil War and the role her book played in giving people of the Northern states the impetus to take a stand against slavery. Featuring the eponymous character, Uncle Tom, a slave working in a Southern farm, this book shed light on the plight and suffering of Black slaves. 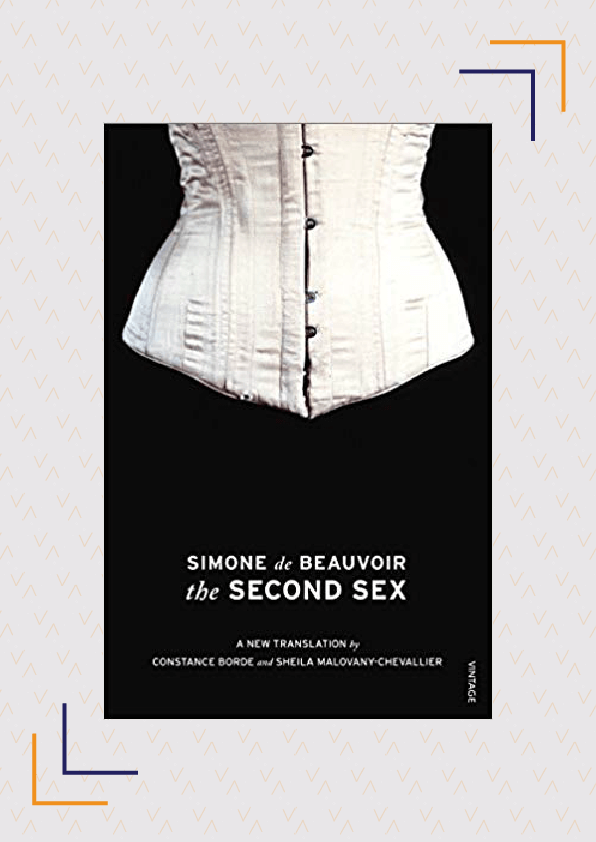 De Beauvoir’s The Second Sex is considered seminal when it comes to feminism, and was initially published in two volumes- Facts And Myths and Lived Experience. The first volume talks about the role of women and their place in society from a sociological point of view, her main grouse being that women are always defined vis-à-vis men, who have come to occupy the role of the dominant sex, while women are always ‘the other’. The second volume expands on how women’s lives typically tend to unfold- a journey of constant subjugation at the hands of their fathers, husbands and ultimately, children. She proposed ground-breaking theories such as maternal instincts were not natural to all women and that unaddressed sexual dissatisfaction from a marriage often led women to adultery. An eye-opening book for many, The Second Sex changed the conversation around feminism forever. 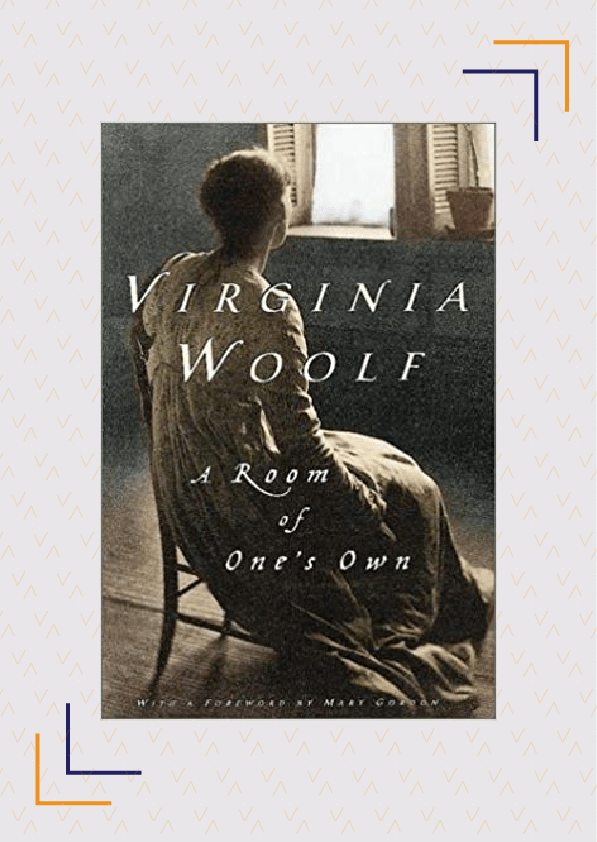 A Room Of One’s Own

A Room Of One’s Own is the first book to make a case for the need for women authors and how society should enable them to write. In this book, Woolf talks about how the lack of education, resources, space and society’s expectations of women to marry and bear children stifles them and prevents them from being creative. At one point, she even creates a fictional character of Judith Shakespeare, William Shakespeare’s sister, to prove that had she existed and if she had the same talent as her brother, she would not be able to write as creatively or extensively. 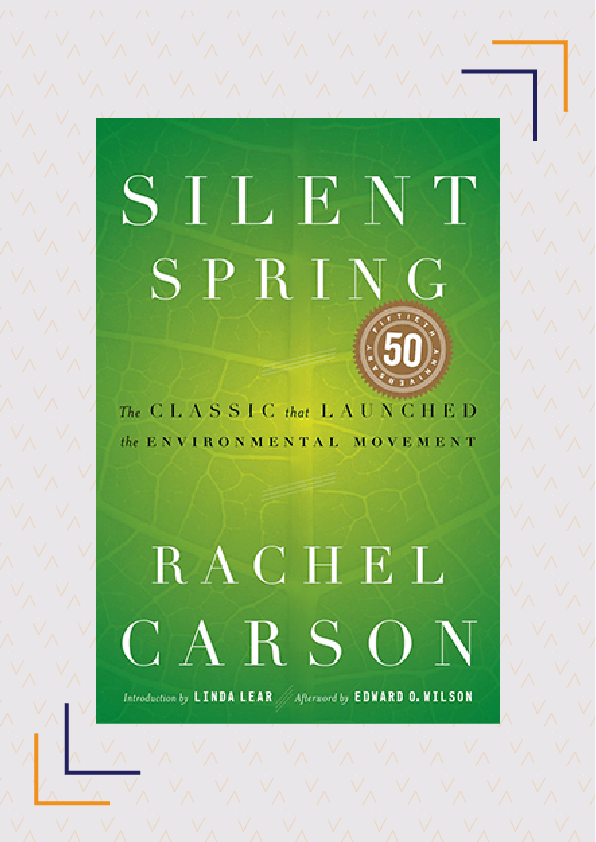 Nature-lover and marine biologist, Rachael Carson can be given credit for starting the environmental movement thanks to her book, Silent Spring. The book led to the ban of DDT, and provided evidence on how big corporates intentionally spread disinformation to further their own agenda, often at the cost of the environment. 50 years on, it is still as relevant today as we have not stopped damaging the environment and many of the issues and concerns she highlighted have not been resolved. Further, we can see some of her predictions, like global warming, coming true. 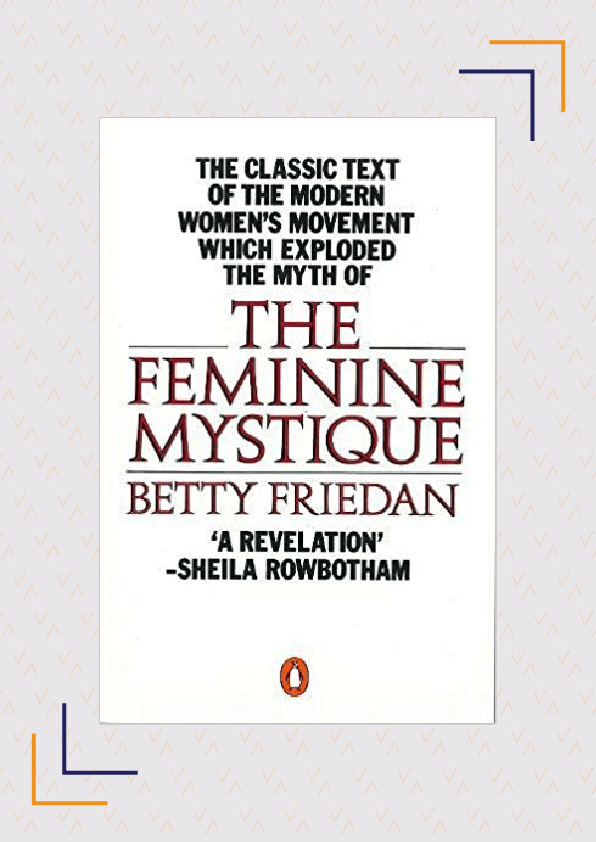 Inspired by de Beauvoir, Friedan is often given credit for starting the Second Wave of Feminism. In the 1960s, not all women were satisfied with sitting at home or desired to achieve the standard of beauty that had been defined by popular culture. The Feminine Mystique encouraged women to get out and go to work, to balance the gender imbalance, and demand equality from a society where it was not readily available. Such was Friedan’s influence that she went on the become the first President of the National Organization for Women, which actively campaigned for women’s rights. 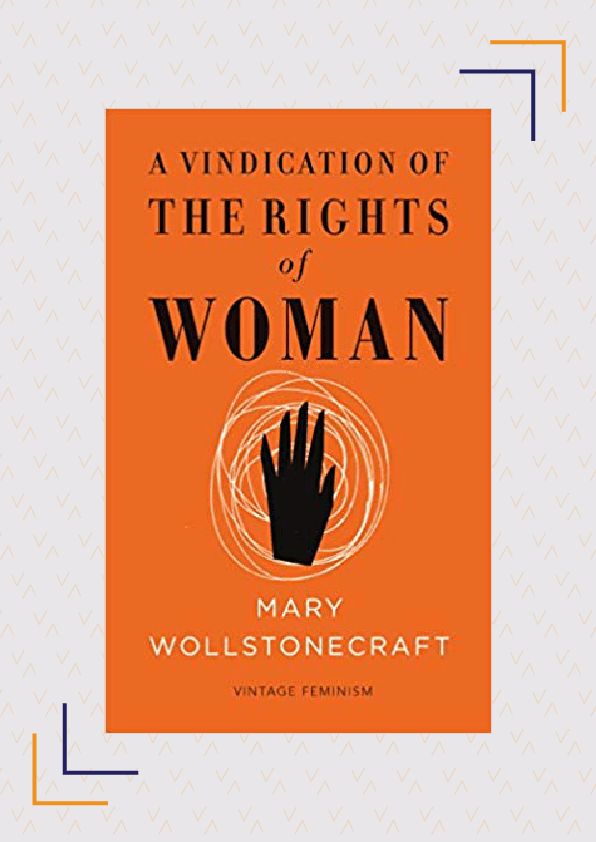 A Vindication Of The Rights Of Woman

Written by the 18th-century British proto-feminist Mary Wollstonecraft, this book is one of the earliest works of feminist philosophy. Wollstonecraft proposes several revolutionary (for the time) ideas, including, the need for educating women as the key to equality. She insisted that women should be allowed to practice reason over sensibility and that they are not inferior in terms of intellect. As an Enlightenment thinker, Wollstonecraft recognised that gender roles were inherent in society and actively spoke against them.