I have been in Mumbai for only two weeks and when I heard the news of Strand shutting down permanently, I knew I had to visit the place. On my first and last visit to the iconic Strand Book Stall, I could sense a bit of sadness in the air. Strand was packed with many readers who were overtly sentimental about it closing down. An elderly person was speaking to the cashier, suggesting ways to keep Strand alive. People of all ages were buying all sorts of books one last time to keep a piece of Strand for themselves. 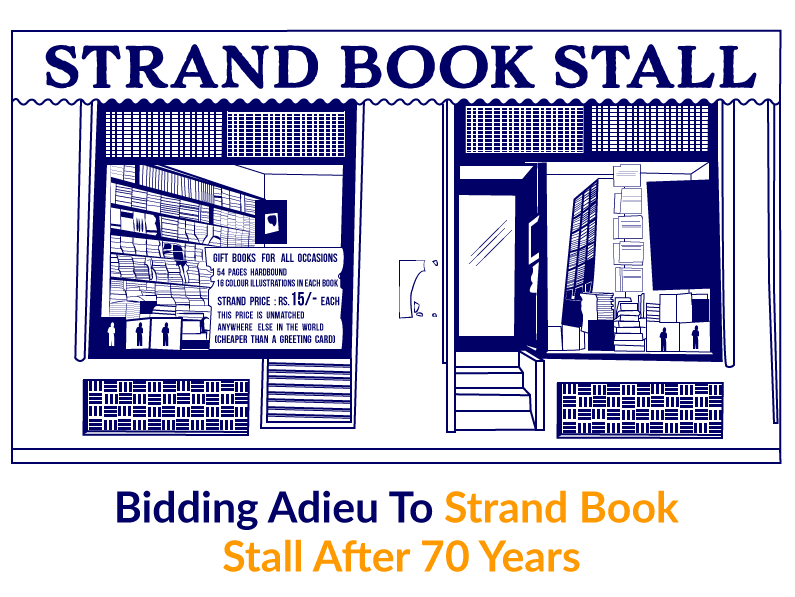 Not Just A Bookstore

A 1,000 square feet bookshop that was akin to a pilgrimage site for all the literature lovers of Mumbai.

A small bookstore where one cannot identify where one section ends and the other starts, and the genres overlap.

Strand, to all readers of Mumbai, was nothing less than an institution.

How many places are left in India where one can say that they used to come there with their parents and now they come with their kids Hardly any. Strand was one such place. Chidrupa Iyer comes from a family where five generations, from her grandfather to her grandkids, have been regular customers of Strand. She says, “I started buying books from Strand when I was a child. So, I’ve been their customer for more than half a century. Since moving to Germany in the early 70s, I have come to Mumbai every summer and would make sure to visit Strand to buy books. I felt as if I was coming back home. Strand would even pack all the books I bought and send them to Germany for me.”

Strand Book Stall has had the widest range of clients coming from all backgrounds, from the middle class to elite personalities like Jawaharlal Nehru, Dr. A. P. J. Abdul Kalam, J. R. D. Tata, N. R. Narayana Murthy,  Keshub Mahindra, V. S. Naipaul, and many others. Khushwant Singh even mentioned Strand in a BBC interview as the only personal bookstore in India. 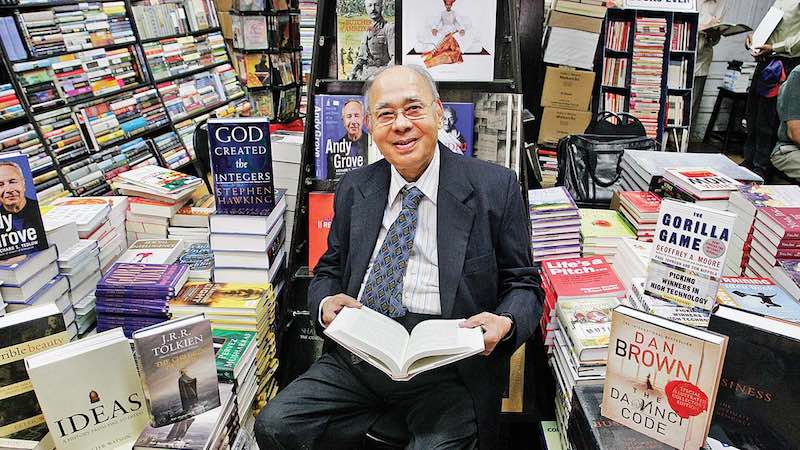 The Birth Of Strand

T. N. Shanbhag, the founder of Strand Book Stall, had been a voracious reader from his childhood. One day, he was leafing through some books at a fancy bookstore when a salesman rudely asked him to leave as they didn’t allow patrons to read without buying. This incident left such a deep impression on his mind that he decided to open his own bookstore where one can sit and read as many books as they like without any hindrance or obligation to buy them.

Shanbhag shared his vision with K. K. Modi, the owner of Strand Cinema, a movie theatre in Colaba which mostly showed English movies. Modi was so impressed with this vision that he himself set up two shelves at the Strand Cinema at no cost to Shanbhag.

Strand Book Stall was inaugurated on November 20, 1948, as a small kiosk which would open only during the intervals of the movies. For the first three years, it was difficult for Shanbhag to sustain Strand Book Stall, but business began to pick up in the fourth year as many eminent personalities like Ambalal Sarabhai and Mirza Ismail became his clients. In 1956, Strand moved to a bigger space at Fort, which remained its premises till it closed. 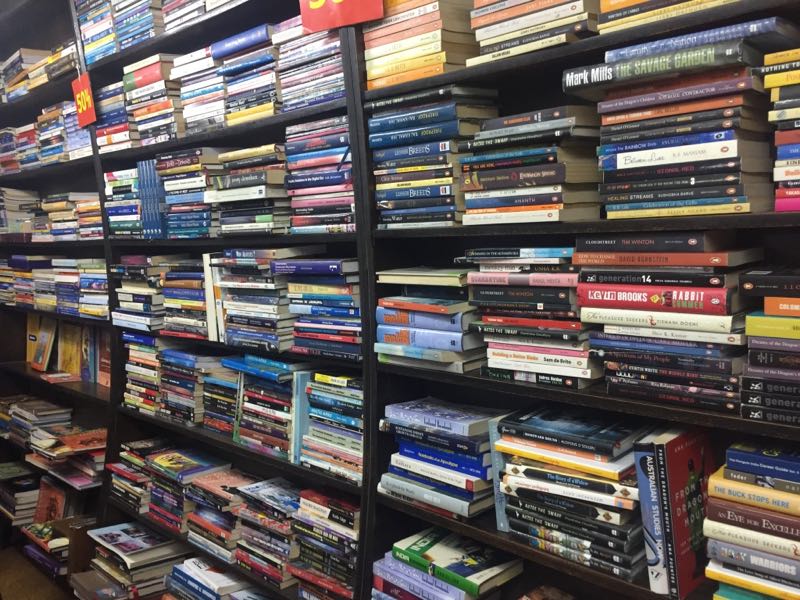 What Made Strand Unique

Unlike other bookstores, Strand encouraged patrons to leaf through books. Rahul Gupta, a customer of Strand for around 40 years reminisced, “Shanbhag would even pull out a chair for you to read comfortably.” It gave him great pleasure to pass the knowledge, experience, and imagination of a writer in the form of a book. To him, it was never about selling books, it was always about sharing knowledge and encouraging reading. He was just happy knowing that people are reading books. Sujata Jain, a customer of Strand for around 45 years shared a similar experience, “There was never any pressure of buying. There were times I would just go there and browse and not find anything to buy. But the visit would still be very enriching and I would get lost in the world of books.”

Strand was unlike any other retail bookstore in India. Not only did it have a varied collection but it also offered a 20% discount on all books. At one time, Shanbhag was even boycotted by the distributors for not complying with the Net Book Agreement which prevented bookstores from selling books below MRP.

Shanbhag believed that, like air, knowledge should be free. Lt. Col. (R) Dr. K.K. Puri, son of veteran actor Madan Puri and one of Strand’s regular customers said, “Whenever you asked about the price of a book, he used to feel embarrassed that you even have to pay money.” 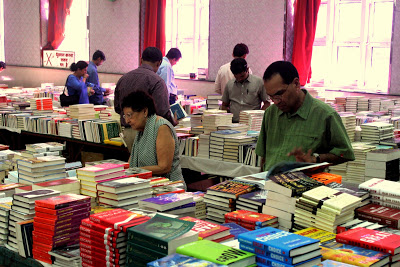 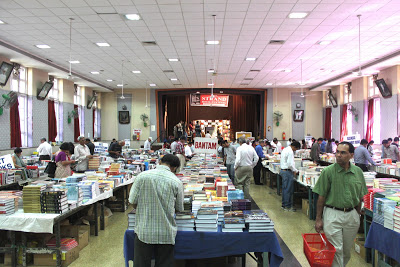 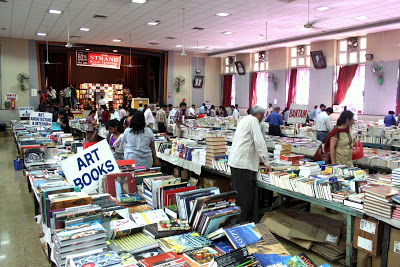 Strand’s commitment to making books accessible was so great that they would organise a sale every year in January.

The first Annual Strand Book Stall Sale was held at Sunderbai Hall in South Mumbai for 20 days in January 1999. With over 30,000 titles from around the world, the sale offered massive discounts from 40% to 80%. T. Jagath, Shanbhag’s protégé and COO of Kitab Khana said, “At the time, many booksellers also didn’t get that much discount from distributors. In fact, many bookshop owners would come and buy books from us to sell in their own stores. Later, January became synonymous with the Annual Strand Book Stall Sale to the readers of Mumbai.”

More than the discount, it was the personalisation and kindness that brought in more clientele. Shanbhag would remember the names and the choices of all his regular customers. He also gave personal recommendations to all the regulars and anyone who was not sure what to read next.

“Everyone was attracted towards Strand because of Shanbhag’s kindness. There is no other bookshop in India that has the kindness of Strand”, says Jagath. He shared that if someone did not have enough money to buy a book, Shanbhag would give special discounts (in addition to the regular 20%), accept partial payment, defer payment and, in some cases, even give the book for free. Shanbhag’s motto was that no one should leave without a book if they really like one.

Jain says, “Strand was a haven for any reader, where one could be assured of the best service and the best books at the best prices. There were no other places in Mumbai that came even close to the sheer commitment that Mr. Shanbhag had. If you visited Strand, you would know that it belongs to a book-lover.” 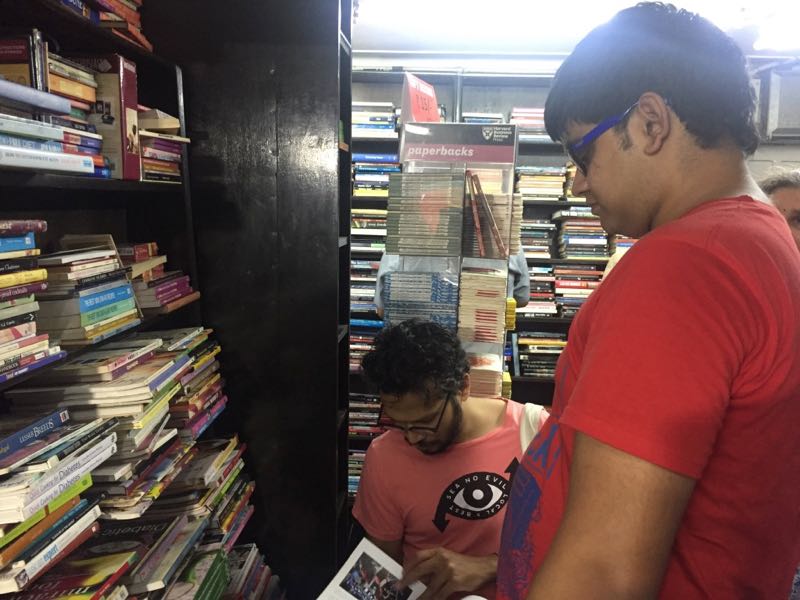 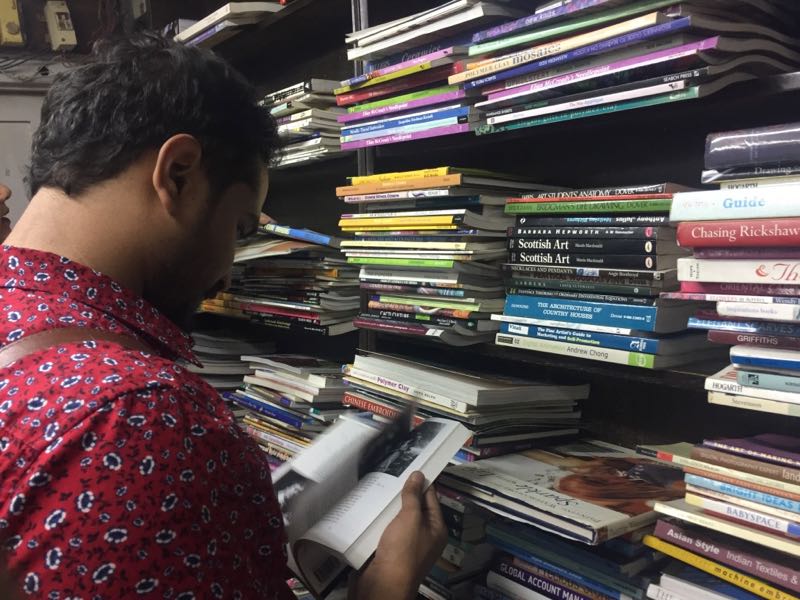 The legendary bookseller passed away on February 27, 2009, at his Peddar Road residence at the age of 84. Nine years later, we mourn the demise of Strand Book Stall. Vidya Virkar, Shanbhag’s daughter and the owner of Strand says, “It’s nice to have a physical store, but if it is impossible for it to survive, then it’s better to let go.” Virkar claims that Strand could no longer keep up with the change in the cultural landscape.

Gupta explains the current scenario, “Nowadays, people prefer reading online; they prefer reading on Kindle. They may not just go and buy a book. The way of doing business has also changed. A lot of bookstores are closing down worldwide. It’s like a record store or a music store. You can download what you want. You don’t buy a record or a tape or a CD. It is the same thing with books.”

Strand may have closed its shutters, but the legacy espoused by Shanbhag continues to live on. After his demise, Jagath along with many of Strand’s employees started Kitab Khana, a new bookstore with the same philosophy as Strand. He considers himself fortunate that the owners of the bookstore, Samir Somaiya and Amrita Somaiya, also share this philosophy.

Kitab Khana looks very different from Strand: It is spacious, airy and organised and even has an in-house café. However, Shanbhag’s influence is evident. Gupta tells us that Kitab Khana is the closest bookstore to Strand in terms of service and experience, and even the 20% discount. He says, “Jagath is trained by Shanbhag and he has the same philosophy.”

Jagath shares, “Shanbhag introduced us to reading books which were not academic books. He made sure that the entire staff reads at least one book a month and he himself used to give us books. I try to incorporate everything I learned from Shanbhag, while at Strand, in Kitab Khana, except for only one thing- the extra discount. I make sure that everyone is greeted when they enter the premises and encourage the staff to converse with the readers and know their opinions on various books. I also ensure that they are up to date on the collection and can talk knowledgeably about it.” 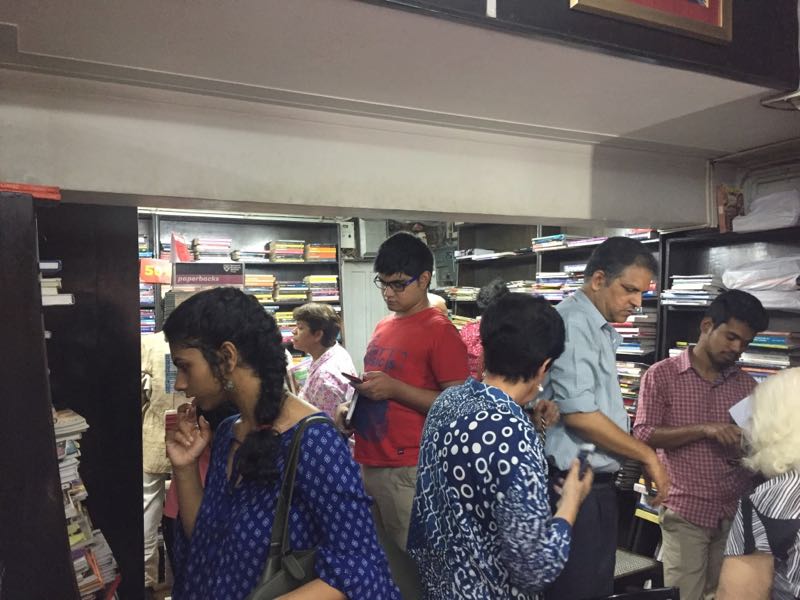 Jagath believes, “In a big city like Mumbai, we need ten more bookshops like Strand. It is very unfortunate that Strand is closing down.”

We agree but we are happy that Shanbag’s legacy is being carried on by Jagath and his team at Kitab Khana.

If you are wondering where to buy books from now that Strand has gone, take a look at our list of seven unique bookstores based in Mumbai.

Have you heard of Strand or visited the bookstore? Do you have any stories to share with us? Tell us in the comments below.

Why Tales From Shakespeare Is A Great Introduction To The Bard

Convenience Store Woman: The Paradox Of Being A Machine In Japan 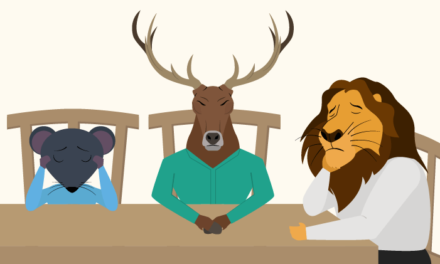 The Enduring Popularity Of Chicken Soup For The Soul