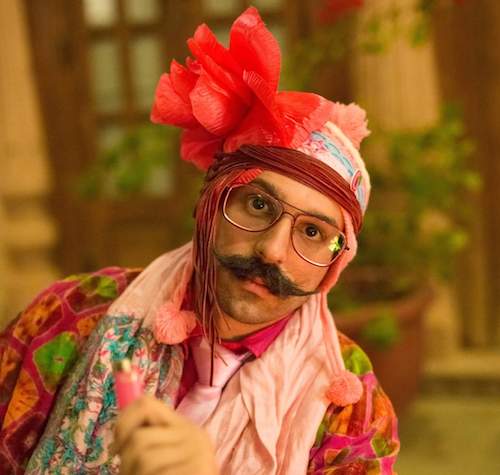 “Mrs. Crawford and Mrs. Minnies … had both been in India for years and were cheerful and undaunted. … They had a lot of good advice to give her – about putting up her khas latti screens for the hot weather, and how to instruct the ayah to wash her crepe-de-chine blouses (which must under no circumstances be given to the dhobi. …They’re very excitable, it’s their constitution. I’ve heard their spicy food’s got something to do with it. …They’ve only got one thought in their heads and that’s to you-know-what with a white woman.”

For those who have never observed the world of interactions between some wealthy Indians and the foreigners around them, Ruth Prawer Jhabvala’s Heat And Dust reads less like the pointed social satire that it is and more like a dusty colonial tale, bathed in 1970s nostalgia for an imagined India. The brief Booker-winning novel describes an unnamed woman who travels to India to rediscover the history of her step-grandmother, Olivia. The novel transposes Olivia’s 1920s life as the confidante of a central Indian Nawab and wife of a British colonial officer with the narrator’s journey as she locates and reads Olivia’s diaries.

Jhabvala, German-born, and England raised, spent 24 years in India, married to a prominent Parsi architect. She is best known for adapting novels (Heat and Dust among them) into screenplays for Merchant Ivory films. Though she enjoyed great success as a novelist, what was perceived as a sharp critique of India’s upper classes came to haunt her as readers became aware that, despite her ambiguous name, she was of European Jewish descent.

Despite Jhabvala’s reputation for satirising India’s affluent, Heat and Dust locates its primary target in the foreigners who live in India. The Indians who make it their business to be surrounded by those foreigners are collateral damage in the author’s effort to skewer the dynamic between the two.

As the Nawab’s overextended rule begins to falter, Jhabvala deftly criticises the arrogance of the colonial officers who paternalistically banter about the ruler’s theoretically independent kingdom; “‘Oh absolutely,’ said the Major. ‘He is – a prince. No other word for him. The trouble is that his state is unfortunately not quite princely enough to satisfy either his ambition or indeed his need for money.’” But though Jhabvala is clear in her critique when the colonial officers speak of the Nawab as if he were a child, one wonders why she chose to show us instances in which the officers are both condescending and entirely accurate in their condescension.

When Olivia’s husband complains about the hardship of distant District Collectors, stuck out there “all alone”, Olivia snipes back, “with only a few million Indians.” The novel is replete with examples of entitled foreigners behaving badly and Jhabvala, with her knowing eye, using her protagonists to observe and critique their failure to see beyond the confines of their narrow colonial lens. 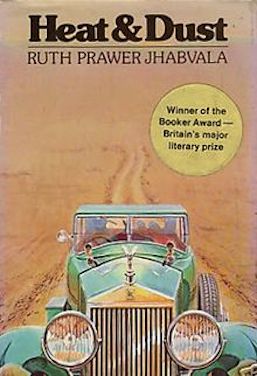 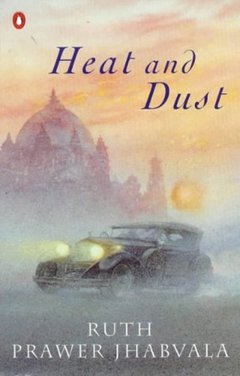 Indeed, Jhabvala’s major failing may be in her persistent insistence that she, as read through Olivia and the narrator, knows India in a way that is impossible for her strawman foreign characters. Many of these characters speak of “crossing over” into “the other dimension,” or being “softened (like Indians).” As Olivia begins an affair with the Nawab, she is described as having “crossed over into … oriental privacies.” For Olivia, the feeling of having penetrated into a previously unknown India becomes her most cherished possession. When the Nawab, angry, shouts that all foreigners are the same, she is “frightened”. “Did he mean her too?” she asks herself. “She could not bear to be included in these feelings, … she would do anything not to be.”

Jhabvala intends to write protagonists who have an “authentic” understanding of India. Yet her voice is unable to lose its consistent hint of condescension, as when she compares a shy Indian woman to a “little wild animal”. And the India that Jhabvala’s characters step out into is characterised by disappointingly orientalist stereotypes. Despite the author’s familiarity with the country, she returns to the Incredible India tropes of spice, colour, and fragrance. Once her protagonist begins to come to terms with India, the country seems to be equated with all that is natural, in contrast to Olivia and the narrator’s “civilised” English backgrounds. Coming to know India, Jhabvala would seem to imply, is intimately entwined with the process of acclimating to the weather: “[B]efore monsoon,” Jhabvala writes:

[T]he heat becomes very intense. … and by that time one has accepted it … too worn-out to fight against it, one submits and endures. … The hotter it is, the sweeter are the mangoes and the sugar melons, the more pungent the scent of the jasmine. The gul mohar tree, spreading its branches like a dancer, blooms with astonishing scarlet blossoms.”

But submission to the heat and dust is not the only rationale that Jhabvala’s characters present for their purported special status among foreigners in India. It is also through their intimate bonds with men. When the narrator begins an affair with her host, they are presented not as two individuals, lusting for one another, but as two identities; an Indian man in a troubled arranged marriage and a knowing white woman who tells us what she believes he is thinking, while deeming those thoughts ludicrous: “I saw that his lips trembled too. … Perhaps with desire, or with fear. … He did not know what to do next. I could see – it was ludicrous! – how everything he had heard about Western women rushed about in his head.” 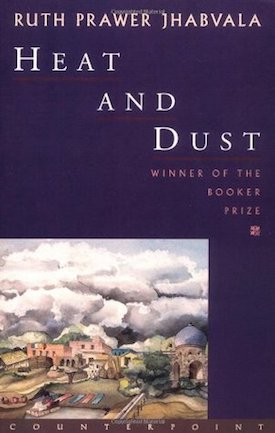 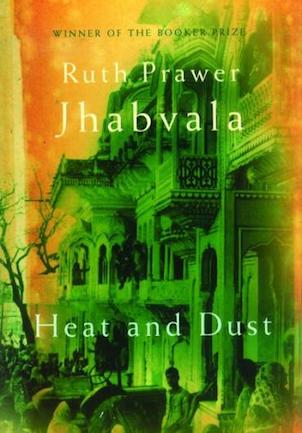 Jhabvala doesn’t fail in her incisive critical portrait of affluent Indians and the white people who surround them. But this satire is lost in the persistent notion of a line that one can “cross over” between the Indian and the other, implying that which is impossible; the notion of “Indianness” as a unitary thing.

Jhabvala gave few interviews; it is unclear whether her protagonists’ insistence that they, uniquely, are distinct from other foreigners is a reflection of her self-image or a portrait of their naivete. And there is no small irony in a yet another foreigner, sitting in Delhi decades after she left the city, finding faults in her understanding of India. But in trying to imagine away the privilege of its characters’ identity through immersion in the heat and dust, in ashrams, in scorn for other foreigners, and in intimate bonds with Indian men, this perceptive but flawed novel invites a reappraisal.

Kerry Harwin is a Goa and Delhi-based freelance journalist who focuses on marginal communities and the post-colonial experience. You can regularly find his work in GQ India and you can find his images and musings, along with a healthy dose of Marvin, his pink monkey friend, at @flashhardcor on Instagram.