In 1933, Jerry Siegel and Joe Shuster created Superman while still in high school and later, in 1938, they sold it to DC Comics (then, Detective Comics). After his debut in June 1938, Superman has become one of the most iconic characters in the world appearing in a host of movies, television programs, video games etc., and is often considered the basis for the superhero archetype. To celebrate 80 years of Superman, here’s a list of seven comics with fascinating storylines. 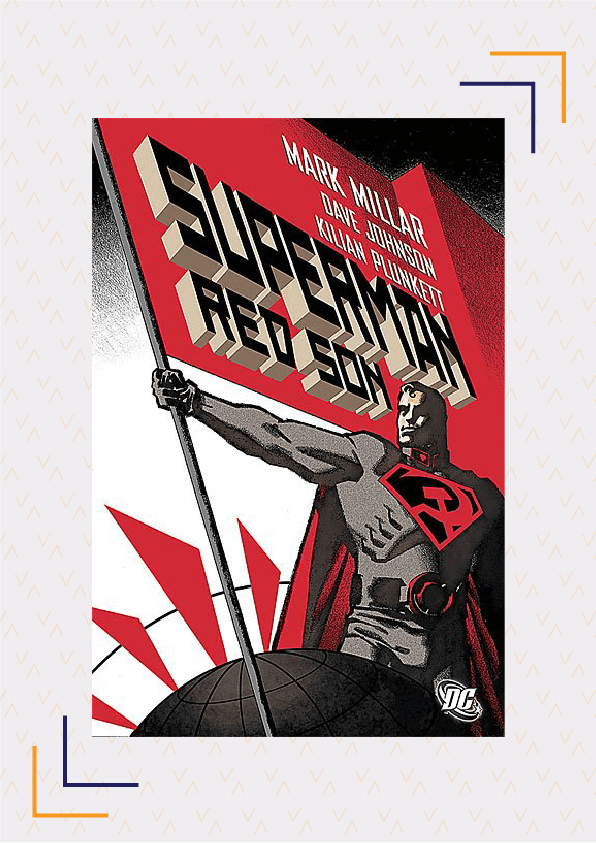 It envisages a world where Superman lands on a Ukrainian collective farm instead of Smallville, Kansas. He ends up becoming a symbol for the Soviet people- “the Champion of the common worker who fights a never-ending battle for Stalin, socialism, and the international expansion of the Warsaw Pact.” This critically acclaimed comic features alternate versions of D.C. superheroes as well as political figures like Stalin and John F. Kennedy. 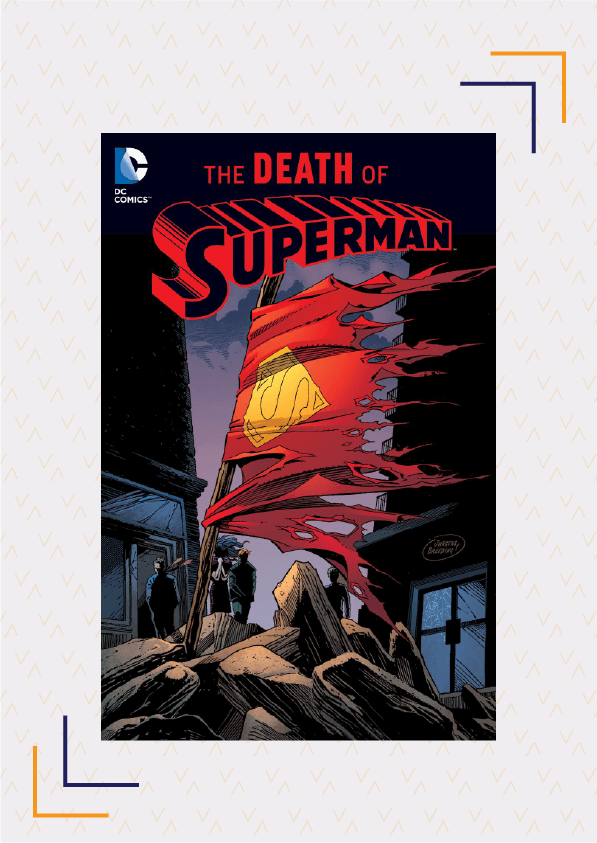 The Death Of Superman

Featuring Doomsday as the main opponent and guest-starring Justice League of America, this comic is centred around the apparent death of Superman. Divided into 3 parts- the first part depicts Superman’s death at the hands of Doomsday; in the second part, we see the other superheroes and the rest of the world mourning his death; and the third part shows the emergence of four people claiming to be Superman and the subsequent return of Superman. 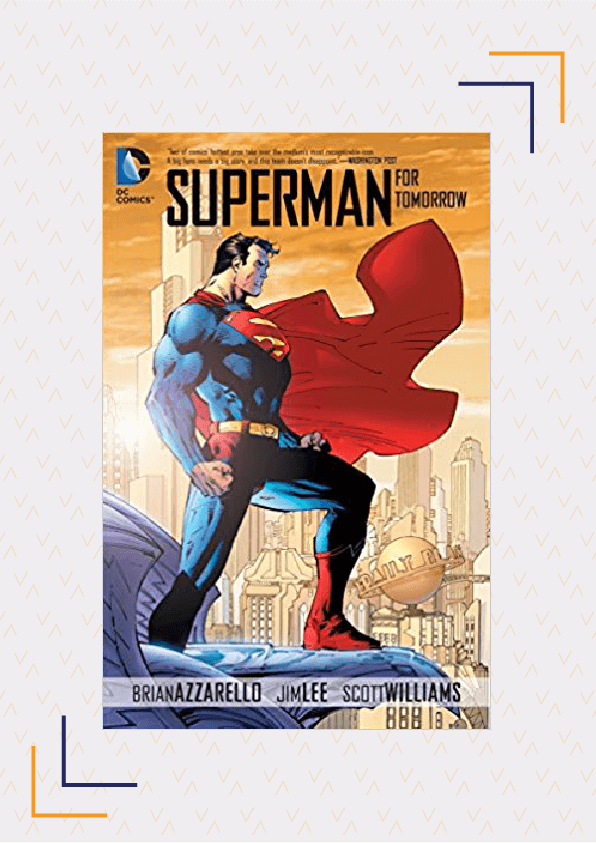 The story arc begins a year after a million people, including Lois Lane, disappear from the face of the earth. As Superman tries to figure out the mystery while riddled with guilt and reeling with loss, a parallel story features a priest questioning his faith and acting as Superman’s confessor. Later, Superman’s actions cause a second “Vanishing” and he becomes even more determined to solve the mystery. 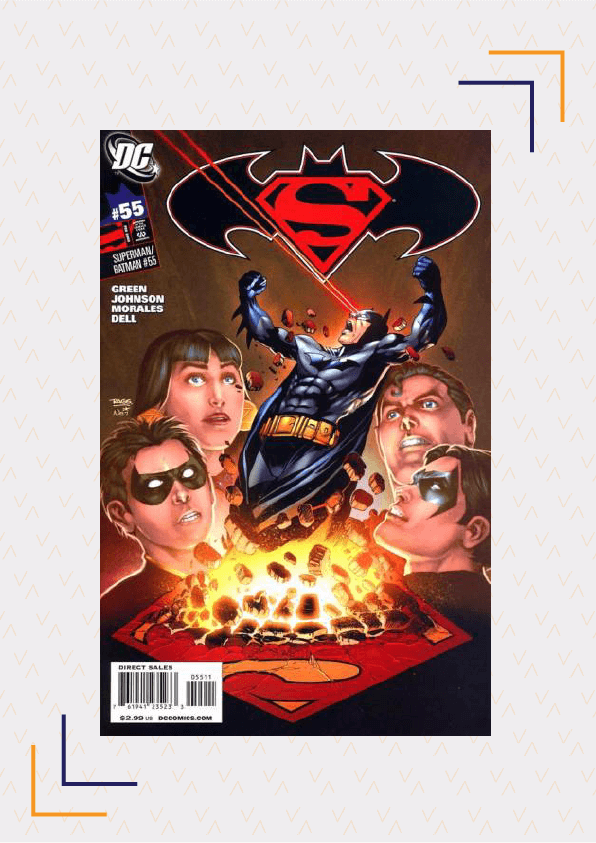 This story arc is featured in Superman/Batman #53-56. Whilst Superman and Batman are at a gallery at a museum, they get into a fight with Silver Banshee and are injured. Later, when Batman awakens, his injuries have completely disappeared, while, Superman appears to have lost his x-ray vision, and subsequently, his ability to fly. Somehow, Batman has acquired Superman’s powers, and vows to hold on to them. Superman must not only learn to live without his powers but also stop Batman. 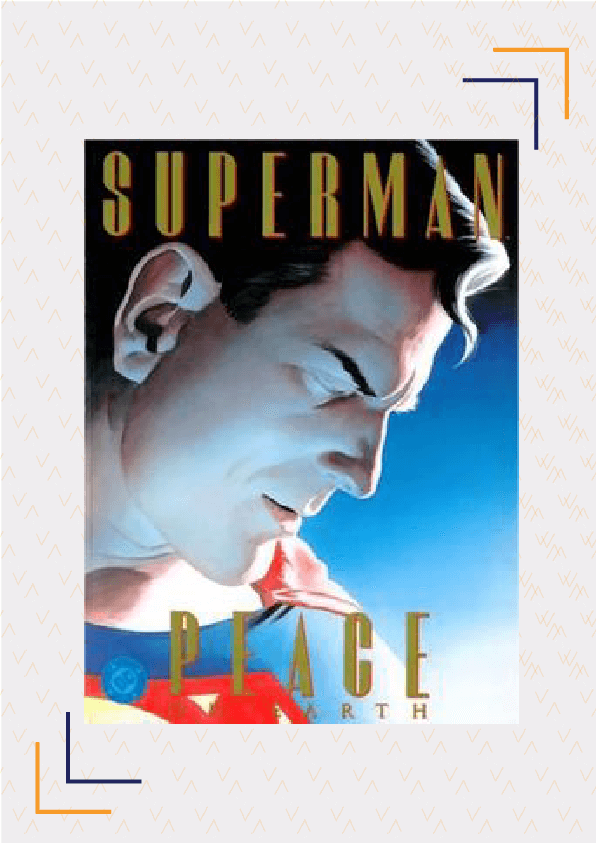 Superman takes on an unexpected enemy- world hunger- in this comic. He addresses the U.S. Congress requesting permission to take American surplus food and distribute it to as many hungry people as he could in one day. Despite some reservations, the Congress approves of his plan. As Superman carries out this task, he faces obstacles along the way- whether it is the military despot who asks him to hand over the food to him or a government which fires a chemical-weapon missile at him, endangering civilians. Eventually, he realises the faults with his endeavour. 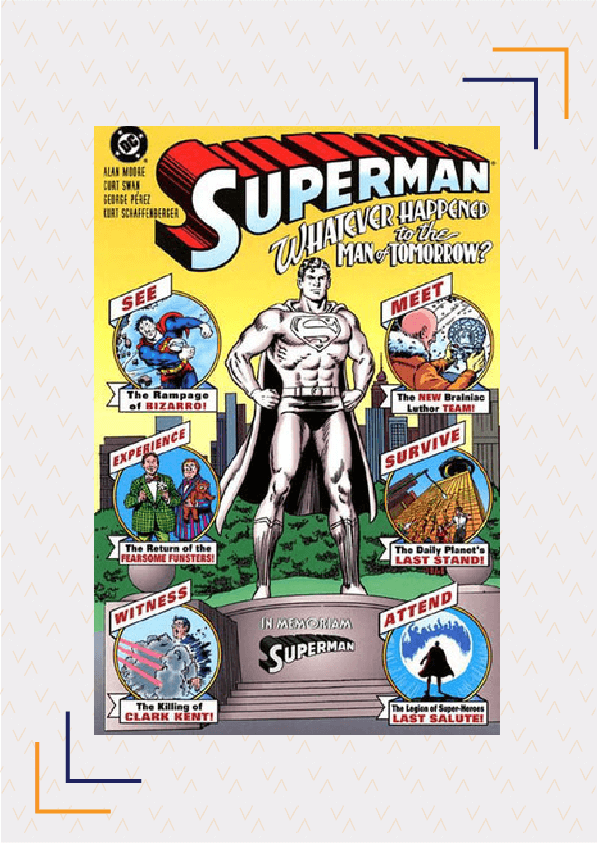 Whatever Happened To The Man Of Tomorrow

Alan Moore collaborated with Curt Swan to create the “last” Superman story which sees him go up against Brainiac and Lex Luthor, and sacrifice everything in the process. Tim Crane, a reporter for The Daily Planet visits Lois Lane hoping she can explain why Superman disappeared 10 years ago. The story is mainly told as a flashback, as Lois tells Crane about Superman’s last days. 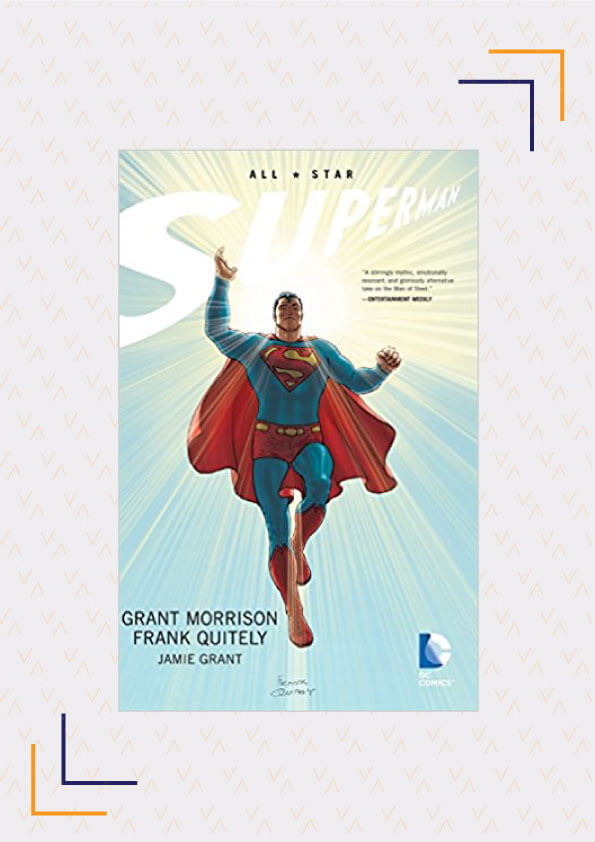 Through this series, DC attempted to allow comics creators to showcase Superman without being restricted by the DC Universe continuity. As Superman acquires a new power, he also discovers that, as a result, he only has one year to live. As he nears death, he accomplishes a variety of tasks which help both humans and Kryptonians. Later, he dies but that isn’t the end of the story.