Baking A Dream: The Theobroma Story

‘We should start our own business.’

I was 22 years old and lying in bed at home with a back injury when my father Farookh and sister Tina decided it was a good time to broach the topic.

It was the year 2002, and I was recovering from a slipped disc that I had sustained while working at The Oberoi Udaivilas, Udaipur. In the hotel kitchen, I often carried the heaviest loads to prove that I could do it all, and I had hurt my back in the process. Back in Mumbai, my doctor had suggested that I find an alternate career. The Oberoi management had offered to find me another position, but I did not want a desk job. I wanted to remain in the kitchen, where I had been happy and content.

My back injury had forced me to pause but it sent my family into work mode. I remember snatches of that initial conversation with Dad and Tina, who was visiting from London, where she lived with her husband.

I recall saying that I would think about starting a business, but the strong pain medication I was taking made me fall asleep mid-way. When I woke up, they were still in the room, discussing initial investment, sales and break-even levels. I didn’t understand what break-even was at that time.

My mum Kamal was excited about starting something small and for ourselves. She ran a cake and dessert business from home and, at times, she would take orders and then decide to go out with friends instead and ask us to make the desserts. Tina and I grew up wrapping chocolates and making cakes. My childhood memories are built on this foundation of home-made cakes and chocolates, so our cafe was conceptualized as a dessert destination.

The four of us thought starting a cafe would be more of the same, on a slightly bigger scale but not much different from what we were already doing from home. We didn’t have a business growth plan or any real plan. There was no master strategy to create a brand, chain or empire. Of course, Dad, who is a serial entrepreneur and believes in chasing big rewards, had other ideas but those came later. At the outset, we just got going and then carried on.

We started talking about starting our business in 2002. By September 2003, I had quit my job at the Oberoi and a year later, in October 2004, we opened our first cafe in Cusrow Baug, Colaba.

I became a chef by choice, but was made an entrepreneur by my family. They believe they gave me a ‘nudge’ in that direction but I would call it a ‘big push’.

After being laid up, I concentrated on healing my back, swimming and training 365 days a year to regain my strength. We were all working full steam ahead on plans for the cafe. Things began to move forward when we heard that a small doctor’s clinic in Cusrow Baug, Colaba came on to the market. The doctor and his clinic were well known in the gated Parsi community, which is where it was situated. The SIZE space was near our home and stone’s throw away from my grandparent’s flat, which was to become our kitchen. We acquired the property and then there was no going back.

Dad funded all the initial costs of starting our business; he paid to acquire the space, bakery infrastructure, floor tiles, and the plates, cups and glasses. Since we had a limited budget, we designed the interiors of the cafe ourselves. In retrospect, that was not our wisest move.

I wanted wooden flooring and loved the rustic look of a brick wall.  I was advised that a wooden floor was impractical for a high traffic area like a cafe, but I went ahead with it anyway. The experts were right and I was wrong. The floor got scratched within days and looked shabby in weeks. I loved the brick wall for all the time that we had it, as I thought it gave a warm feel to the place. It was only many years later that it was explained to me that a red brick wall was totally wrong for a patisserie.

Our home business of chocolates, cakes, desserts and brownies served as the blue print for what we were going to make and offer at the café. My best friend Dilshad and I spent hours discussing the food and all my products were tried-and-tested by her. If an item didn’t pass Dilly’s palette test, it didn’t make it to the menu.

We started out as a dessert destination and have evolved over the years, adding sandwiches and savouries in response to many requests. We are still primarily a cake and dessert destination, and some of the products on our menu today are those that we started with 15 years ago. Our truffle cake, chocolate chip-and-walnut brownies, mawa cake and chocolate orange mousse cake are just a few examples.

As our vision for the café began to take shape, we struggled to choose a name for our business. We considered Tai (a combination of Tina and Kainaz), Square Circle and Divine Calories. Tina pitched ‘Kainaz Messman’ too, as she wanted to build the business brand around my identity, but I was totally against that.

Tina, who was working at a broking firm in London at the time, told Michael Dann, a colleague of hers, about our plans to start this business and he suggested the name Theobroma.  Theobroma is derived from the Greek words ‘theos’ (god) and ‘broma’ (food).  It translates to ‘food of the gods’.  It is also the botanical name of the cocoa plant.

Most local bakeries at the time had ‘cookie’, ‘brownie’ or ‘baker’ in their name. Theobroma was unusual, weird even.  At first we were unsure ourselves, and all our friends advised us against using this name. No one liked it, few could pronounce it, and nobody knew what it meant. Over time, it grew on us and we decided to go with the unconventional name.

Fortunately, it worked to our advantage. Everyone was forced to put effort into remembering, pronouncing and spelling our name. ‘Theobroma’ is not easy to forget. I will forever be grateful to Michael for suggesting the name.  Of course, we still get called all sorts of weird names — ‘The Obama’ probably being the most common.

We opened our first café on Dussehra day in 2004, with four small tables, hope and a prayer. We didn’t know what to expect. Would we be able to recover the cost of starting our business? Were their customers out there to fill the tiny tables that we had ordered?

We set out on this journey agreeing to make only what we liked to eat ourselves. We promised to make it well, and to keep it simple.  In the days leading up to the launch, we made many lists, of what to make and what to cut out.  We chose the auspicious day of Dussehra to launch.

A worrier by nature, Mum didn’t sleep for many nights leading up to the big day. My former boss Vikram Oberoi had called her to say I had a great future with the Oberoi group and that leaving the hotel was a big mistake. He even offered to send me to Vienna for training. Another restauranteur friend of Mum’s estimated that our average daily turnover would be Rs 8,000 per day. Mum burst into tears on hearing this. By our calculations, we needed a sale of Rs 22,000 per day just to break even.

Mum clung to the words of our architect Parvez Chavda, the one person who told her not to worry and who anticipated there would be a queue outside.  He was right. Our little cake shop took off like no other. Soon, it was packed to the gills and we had people queuing up outside.  We fondly remember the time as ‘sweet chaos’.

Ironically, I missed opening day at the cafe. We were meant to open doors at 11 am but this got delayed because the flooring was still being laid. I was at the kitchen we had set up in my grandmother’s flat a few lanes away and it was mayhem. We were running around in circles in the tiny space, trying to get our products out of the door and to the café. By 2 pm, some of the shelves were filled, but many remained empty.  Mum, Dad and Tina cut the ribbon to mark the opening of the café. I stayed on at the kitchen, working, shouting and directing everyone. We were completely disorganized — we had no order sheet or plan, we were just making what we could.

A few hours after we had opened, I received a call from Tina saying that our shelves were completely empty and that I had to send more products across. We finished the desserts that we had started making for the following day and sent them out too. I rushed home for a quick shower and reached the outlet at around 8 pm.  We had invited a few of our family and friends to see the place. I was exhausted and could barely stand, but I smiled and greeted them all.

We had obtained a liquor license for that evening, and ordered many bottles of wine for our invited guests. The bottles were refrigerated in the pantry behind the cafe. At some point in the evening, we went into the pantry to find the staff had helped themselves to all our liquor and were making merry at the back of the café. Mum’s driver was so drunk that he was unable to speak, let alone drive. We were all too exhausted to do anything so at 10 pm, Tina, Dilly and Dilly’s husband Karan and I went around the corner to Ling’s Pavilion for a celebratory dinner. We returned to the café early the next day to clean up before opening.

It was just the beginning of a very grueling and difficult time, but we continued to draw strength from our happy memories of that day. There was one guest – we can’t recall his name, but remember he introduced himself as the manager of Dalchini restaurant in Wimbledon Park, London — who bought some stuff, spoke to Tina and left. An hour or two later, he came back with a bamboo plant for us and told us where to place it in the cafe. He said it would bring us luck and wished for the business to do well.

God has been merciful. On that day, and on many others yet to come, we sold out within a few hours. 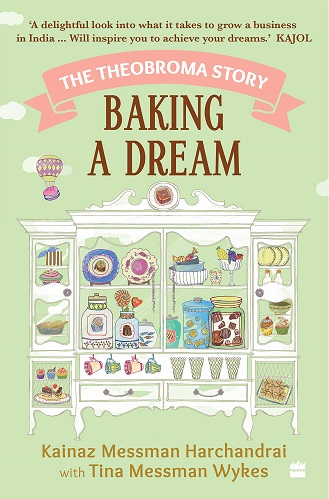 Kainaz Messman Harchandrai and Tina Messman Wykes are co-owners and founders of Theobroma Patisserie India. Kainaz is currently the Creative Director at Theobroma. 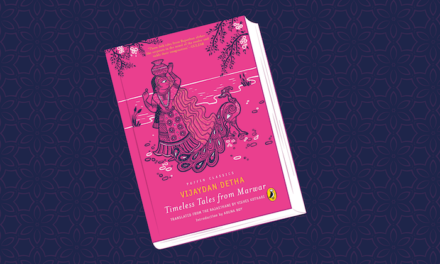 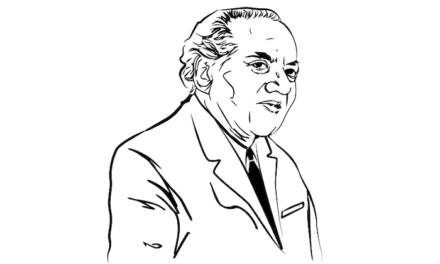 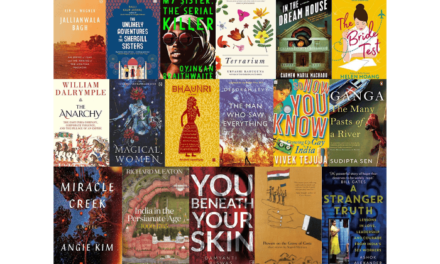 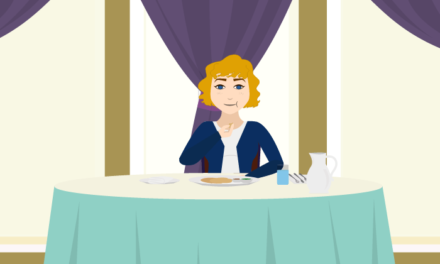