How Babe Inspires Children To Believe In Themselves

Two-and-a-half decades ago, a 48-hour long treacherous train journey, brought me to my new home. An idyllic all-girls boarding school nestled in the picturesque Doon Valley, where numerous trees and gardens attracted a variety of birds of the hills.

[No, this column isn’t about Enid Blyton’s Malory Towers. A good guess, nonetheless!]

The vast, airy school library very quickly became my haven; a place where I could lose myself in pages of stories, imagination and fantasy. It was here that I most fortunately chanced upon Dick King-Smith’s Babe: The Gallant Pig. 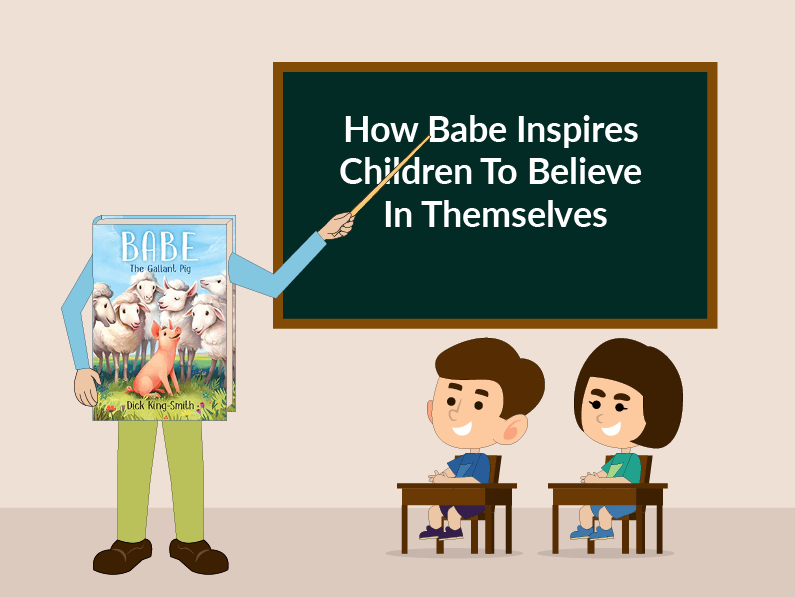 Almost a lifetime later, as a mother of two high-energy boys, I paused to wonder why Babe, of all those countless books, became a seminal piece of literature for me? It was apparent once I started reading the exploits of this gentle, yet ironically strong-willed pig to my preschooler and first grader. The story, like most children’s stories, is simple. But it is nuanced and poignant at the same time.

Won at a weight-guessing farm contest in rural England, Farmer Hogget brings a piglet home. The polite pig, who’s being fattened to become part of the Christmas dinner one day, is taken under her wing by Fly, a sheep-dog. She calls the pig Babe because that’s what his biological mother called him. Babe learns the ways of the farm and is so inspired by sheep-dogs that he wants to become the first sheep-pig. Undeterred by everyone’s shock and lack of faith in his capabilities, Babe’s dream comes true when he performs perfectly at the sheep-dog trials and wins.

For his calm and easy-going temperament, Babe displays surprising tenacity and self-belief and seems to have zero trepidation of failure. He’s willing to give it his all and comes out victorious. His respectful nature plays an important role in winning the trust of the very sheep he plans to herd. This was refreshing for sheep too, who were wary of the rudeness and air of superiority they faced by sheep-dogs in general.

Further, Smith’s sophisticated narrative most delightfully creates a visceral relationship between Babe and Farmer Hogget. The plot masterfully constructs unimaginable, yet plausible events where Farmer Hogget becomes aware of, understands and responds to Babe’s dreams of wanting to be a sheep-pig. Most importantly, this lovable and rather motivational story presented many themes the boys and I could talk about and learn from. 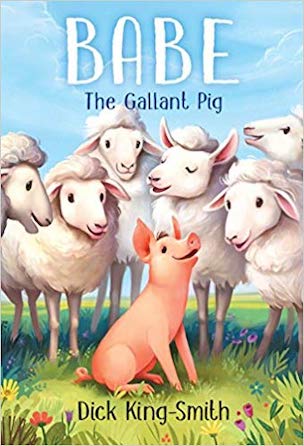 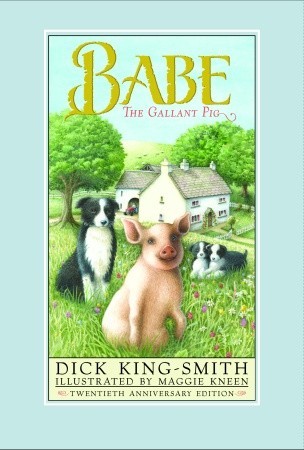 Babe had a dream and he single-mindedly chased it. That’s called focus. He believed in his ability to be a sheep-pig and persevered hard. He was so focused that he was undaunted by the scepticism of those around him and didn’t allow his self-belief to waver (“Why can’t I learn [like a sheep-dog]?”). A strong will and self-belief are often what can propel us to aspire and achieve. Without them, perhaps man would never have travelled to the moon.

At various stages of our lives, we doubt ourselves. Especially as children grow and are confronted with confusing or more evolved situations at school or among peers, self-belief is critical to help them make the right choices for themselves. It offers young minds the much-needed focus and single-mindedness they need to stay out of trouble and aspire high. Babe’s inspiring story becomes an endearing cue.

The Value Of A Dream With A Vision

A dream is a start. But there’s more that’s needed to make it a reality. It’s the first step to a roadmap to success. While Babe had unwitting self-belief and will, he also had a plan. He befriended sheep and listened to their complaints. He learned the ropes of being a good sheep-pig from other sheep-dogs and practised hard. Most impressively, his determination leads Farmer Hogget to one day take him to herd the sheep on a whim, where Babe surprises him. As a result, he’s able to participate in the sheep-dog trial competition in the first place.

This was a crucial lesson for my boys. Babe’s story made it evident to them that there’s no free lunch in life and in order to achieve something we have to work hard. It’s heartening to see them come up with a “plan” when they chase some “goal”. Isn’t that marvellous wisdom for adults as well? 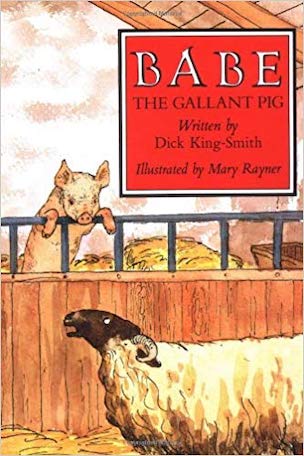 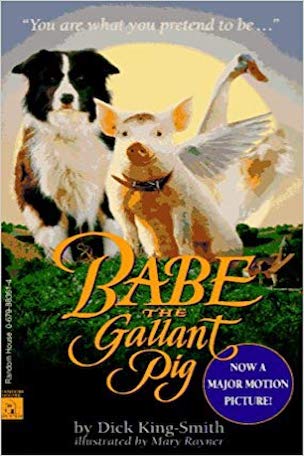 Because the sheep-dog helped Farmer Hogget control the sheep, they simply assumed that the sheep were “stupid”, which was really far from the truth. This prejudice didn’t have any benefit. The herd rebelled by being impudent and stubborn, the dogs became angry, and Farmer Hogget, frustrated.

Self-belief is a powerful propeller. But, self-belief with blinders is detrimental. Perhaps, subliminally Babe realised this and believed he could truly fulfil his dream only if he reached out to the sheep and understood their perspective, without which, he would have floundered.

Moreover, he was wise to understand the inaccuracy of the sheep-dogs’ thinking and tried hard to dispel their preconceived notions and prejudices. His own empathy led him to listen patiently to both parties and he was astute to learn from others’ mistakes. Thereby winning him his coveted reward in the end. Had he internalised Fly’s prejudice against the sheep, his outcome most certainly would have been rather different.

Such examples of causation (cause and effect) work well for children, and Smith does a great job in making it all the more tangible for young minds. Simply put, in a most innocent way, Babe teaches us all to be polite people. Today, as the world becomes more interconnected and people brush shoulders with each other more closely than before, prejudices can prove to be serious roadblocks in the path of progress and cooperation. Again, Babe’s tale makes this apparent to its readers, young and old.

Words are indeed powerful. But how often do we (even as adults) take the time to choose our words wisely when we talk to friends, family or to our children? Not always, would be my guess.

Babe’s politeness and deferential mannerism towards the sheep, expressed through his well-chosen words and empathetic listening, went a long way in helping him meet his ultimate aim of becoming a sheep-pig. They helped him win the herd’s favour, who in turn, obeyed him and assisted him with winning the sheep-dog trials. In the words of Maa, the elderly sheep who was first touched by Babe’s kind words, and rallied the rest of the herd to help Babe, “You’m a polite young chap”.

Interestingly, a number of parenting books that I have encountered too, stress the effectiveness of thoughtful communication with children as a way of achieving positive discipline outcomes and in instilling confidence in them!

Politeness and self-belief are life skills that is at the core of several day-to-day situations: professionally, at home, or at school. They beget respect and friendship, and Babe’s experience only becomes a gentle reminder of the wonderous sway of words. 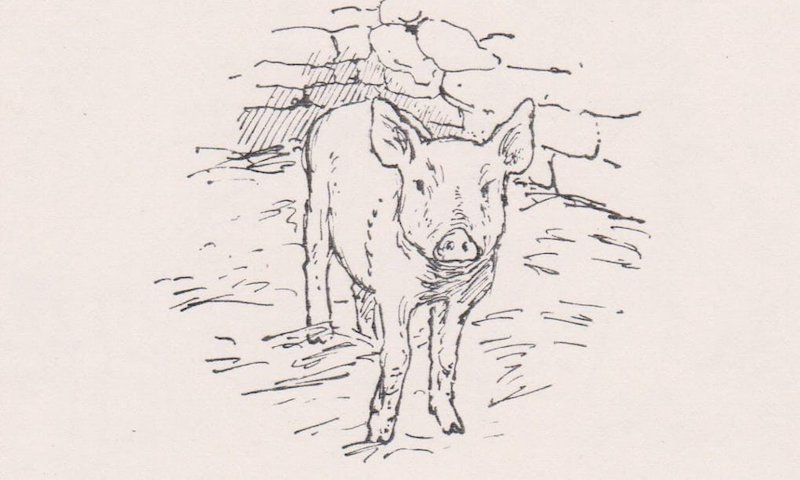 An illustration by Mary Rayner from Babe: The Gallant Pig (Image via Twitter )

It was possibly these innocent learnings and life’s simple reminders during the most vulnerable years of my life at boarding school that made Babe: The Gallant Pig a seminal piece of literature for me. As I re-discover Babe’s story with my little ones, I realise how applicable it is for us at almost every stage of our lives: as children, teenagers, and as adults. Often, we allow self-doubt to get in the way of achieving our dreams. Babe’s trajectory tells us a different story. Even though the odds were stacked against him, we clearly see how his strong self-belief led to focus and vision. And that’s enough to give it our all before we settle for second best.

This is our monthly column on children’s literature, designed to help you choose entertaining but educational books for your toddler. Each month, Nidhi will discuss 1-2 books that she has read with her children and what they’ve learnt from them. A new column will release on the last Tuesday of each month, so do keep an eye out for it, or better still, subscribe to the newsletter, and get it delivered straight to your inbox.

Have you read Babe? Do you think the story is likely to help children learn the importance of self-belief? Share with us in the comments below.